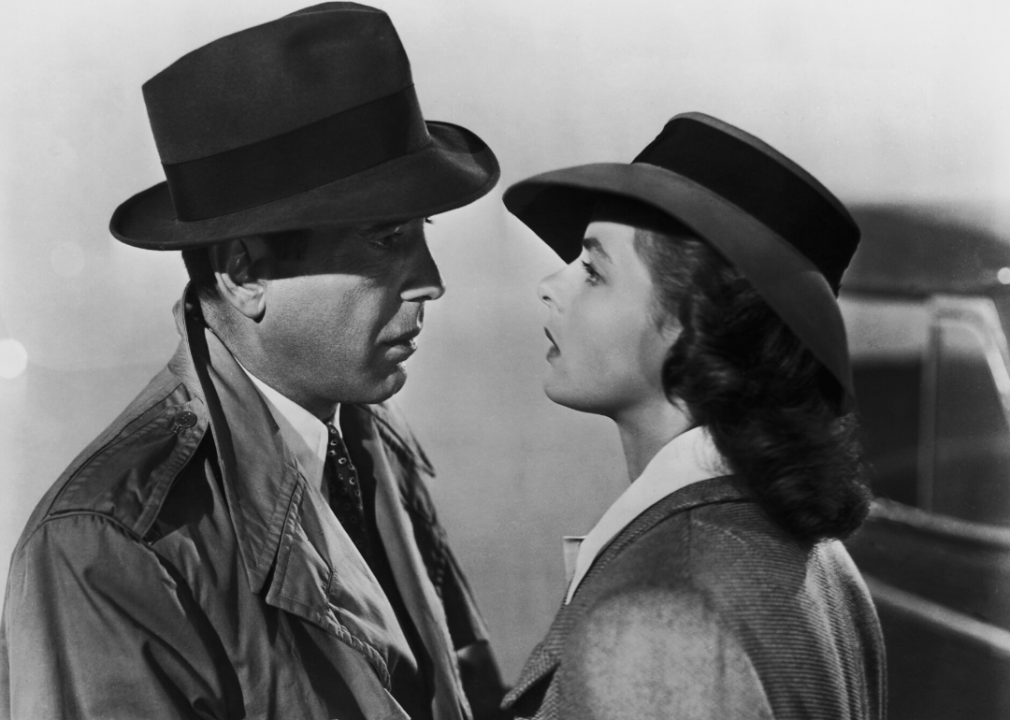 Some of the greatest films in American cinema were set in other countries. Most often, this is because the stories and characters demand it: “Casablanca” could never be set in Kansas, and “Apocalypse Now” could never be set in Illinois. But both films, set in Morocco and the northern Philippines, respectively, are thoroughly American productions both in theme and in presentation.

To further explore this niche subset of American cinema, Giggster compiled a list of great American films that take place in other countries. To qualify, the film had to score above a 7.0 on IMDb, be at least co-produced by an American production company, primarily be in English, and primarily take place outside of the United States. Metascores are provided for critical context.

In some instances, American films set in other countries can act as the best critiques and explorations of everything the U.S. is and stands for. At the very least, these films can offer American audiences the opportunity to see the world without leaving their hometown megaplex or household couch.

The films run the gamut genre-wise—from comedy to action to romance—but each film is likely to engage any viewer with a passion for cinema. 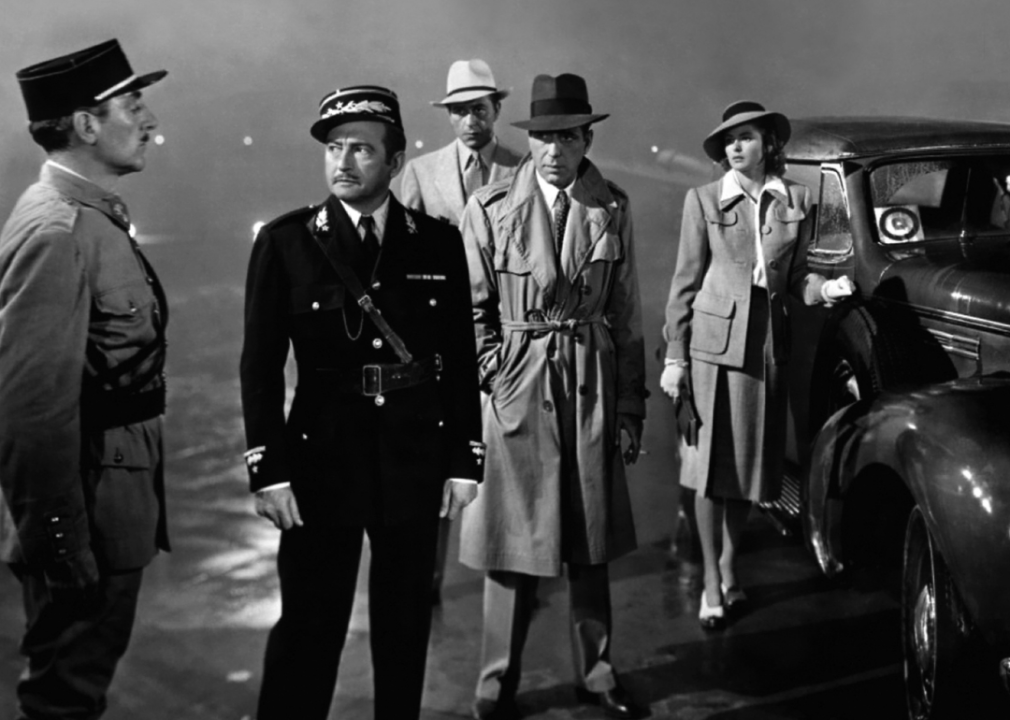 Set and filmed during World War II, “Casablanca” follows expatriate nightclub owner Rick Blaine (Humphrey Bogart) as he is confronted with helping his ex Ilsa Lund (Ingrid Bergman) and her rebel husband Victor Laszlo (Paul Henreid) flee safely from the Germans who are after him. Bogart and Bergman perform their roles with career-defining fervor. The writing, with help from screenwriters Julius J. Epstein, Philip G. Epstein, and Howard Koch, cemented lines like, “Here’s looking at you, kid,” into the cultural lexicon. “Casablanca” won several Academy Awards in 1944 including for Outstanding Motion Picture, Best Director, and Best Screenplay. 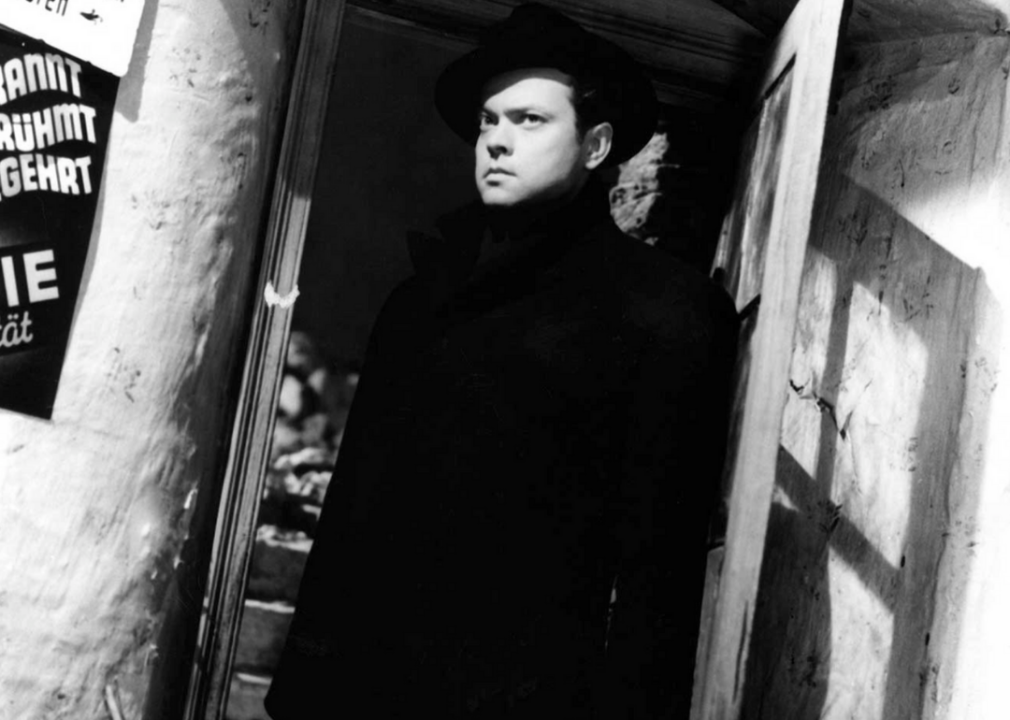 “The Third Man” is a classic film noir that centers on author Holly Martins (Joseph Cotten) as he travels to postwar Vienna only to inadvertently find himself investigating the murder of his friend Harry Lime (Orson Welles). Aside from the memorable performances, the film stands out for its use of dramatic lighting reminiscent of German expressionism—fittingly influenced by early European cinema, while maintaining a very American noir pace and plot. The cinematography ultimately netted the movie an Academy Award. 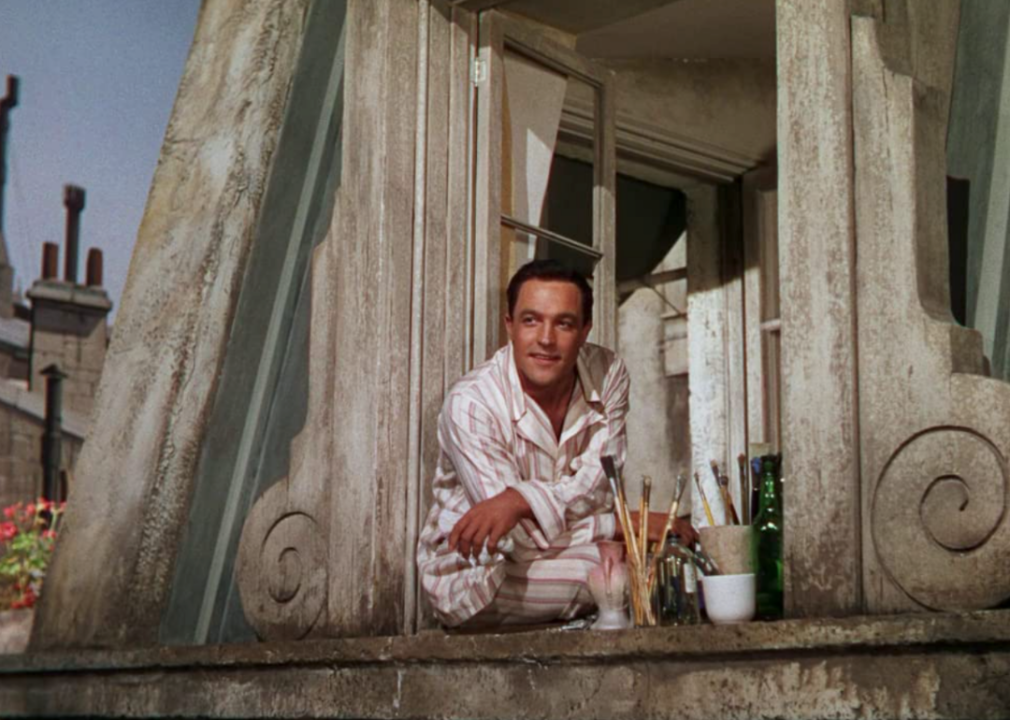 “An American in Paris” is a romantic musical film starring and choreographed by one of the world’s greatest dancers, Gene Kelly. In the film, Kelly plays a struggling American artist living in Paris who falls in love with a local Parisian played by dancer Leslie Caron in her film debut. Filmed with Vincente Minnelli’s characteristic visual vibrancy, “An American in Paris” is notable for being Kelly’s artistic and choreographic masterpiece. 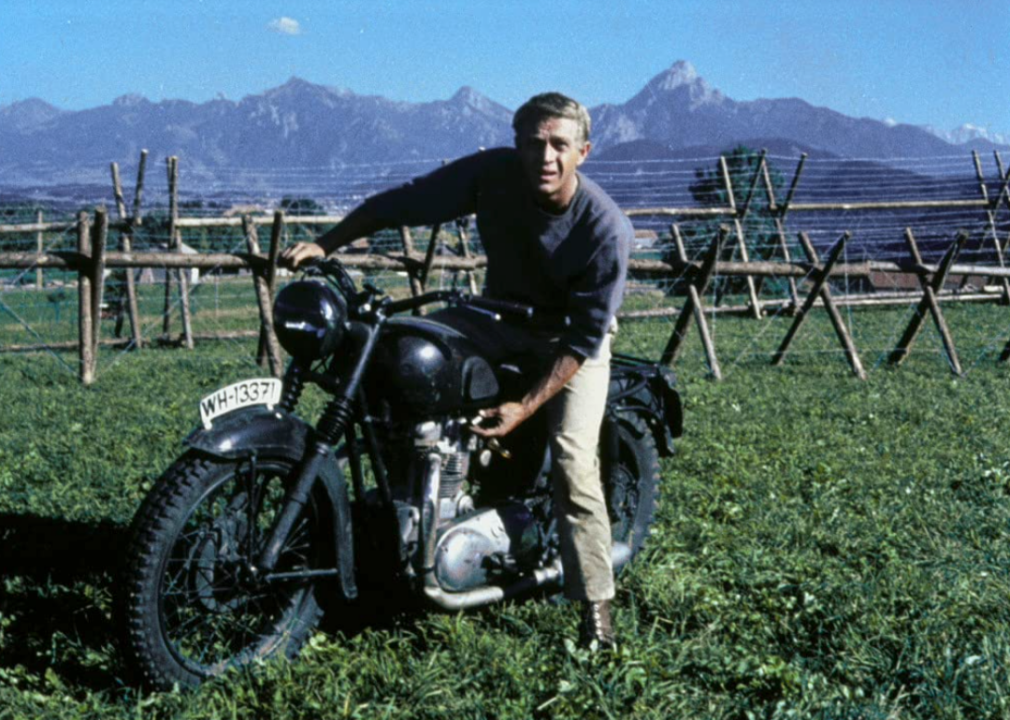 “The Great Escape” follows a group of British soldiers as they plan their escape from a Nazi prisoner of war camp. The film features an all-star ensemble cast including Steve McQueen, Richard Attenborough, James Garner, and Charles Bronson. The plot is taken from Paul Brickhill’s nonfiction book of the same name. 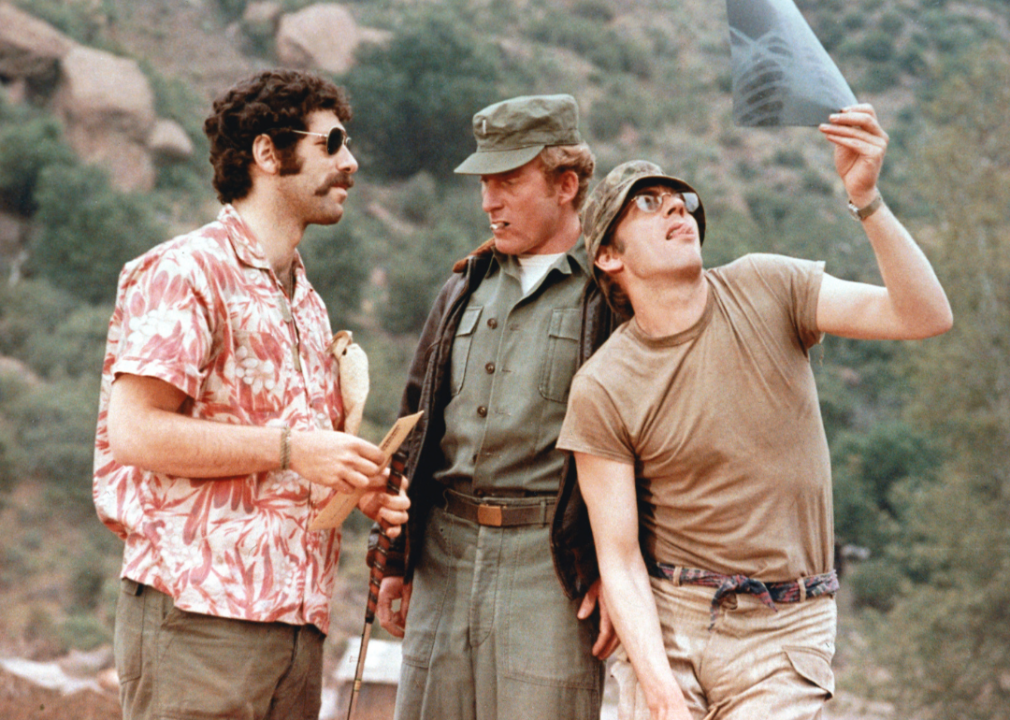 “MASH” is a dark comedy war film from director Robert Altman. With Altman’s signature use of a talented ensemble cast (including Elliott Gould and Donald Sutherland), “MASH” offers audiences a peek into the lives of the staff of a Korean War field hospital as they use humor to cope with the horrors of war. The film was one of the most popular movies of the 1970s and went on to become a long-running television series. It won the Academy Award for Best Screenplay in 1971. 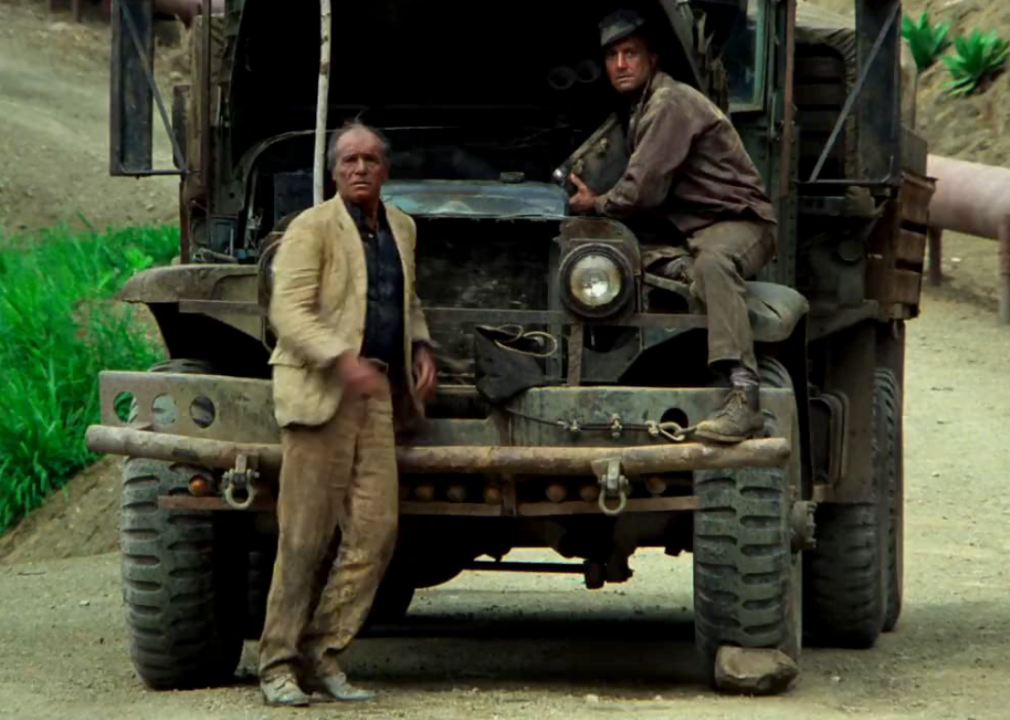 “Sorcerer” is a film adaptation of George Arnaud’s French novel “Le Salaire de la peur.” The story follows four men from various parts of the world who are assigned to transport gallons of nitroglycerin through the jungles of South America. The film features a stunning performance from Roy Scheider and a score from the German electronic band Tangerine Dream. Director William Friedkin cited the film as a favorite among his work. 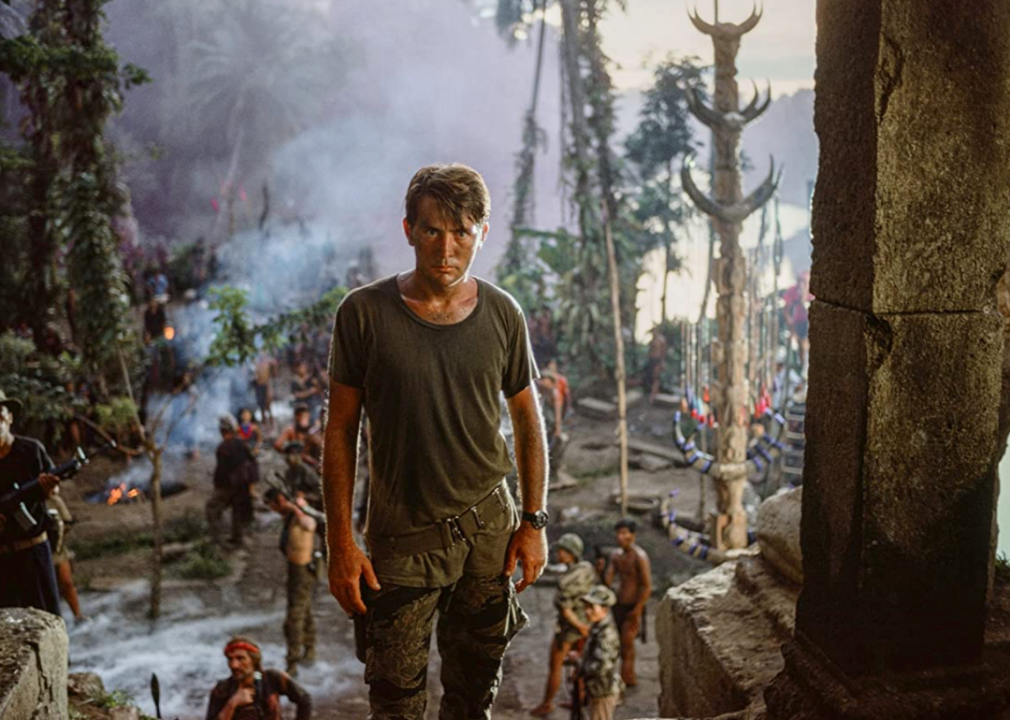 One of the most influential movies on this list, “Apocalypse Now” is an epic war film with elements of a psychological thriller. The movie is loosely inspired by the 1899 Joseph Conrad novella “Heart of Darkness.” It follows Captain Benjamin L. Willard (Martin Sheen) as he takes on a secret mission and must travel from South Vietnam to Cambodia to assassinate a fellow officer who is experiencing a mental break. The film, also starring Marlon Brando and Robert Duvall, is a masterpiece of director Francis Ford Coppola’s and won a plethora of awards. 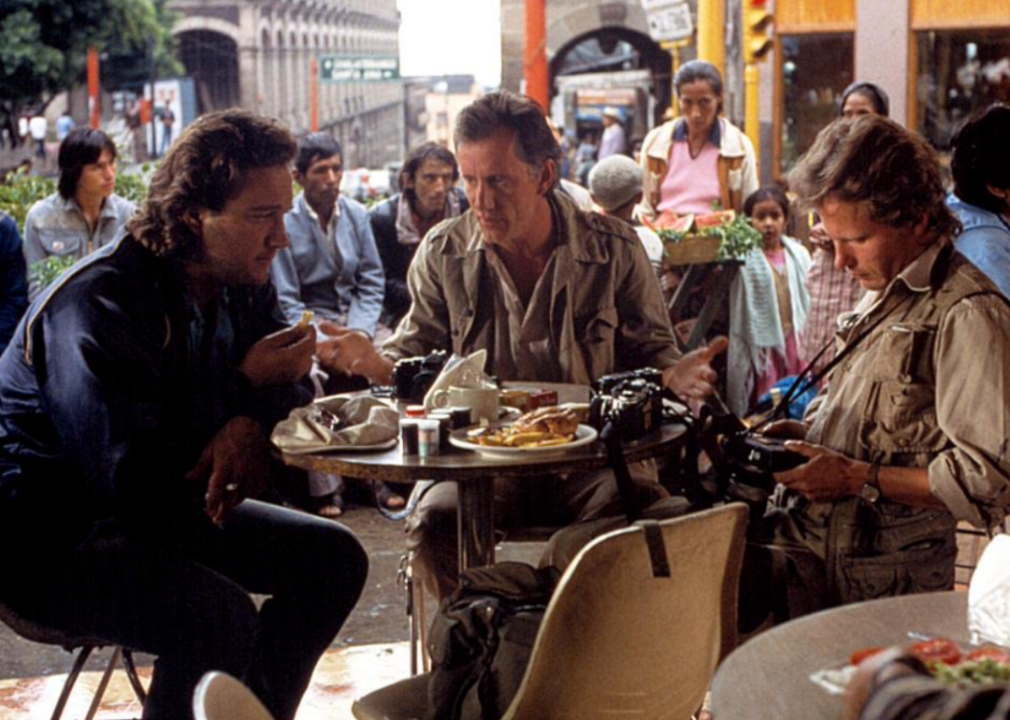 “Salvador” follows journalist Richard Boyle (James Woods) as he gets entangled in both sides of the Salvadoran Civil War. The film, based on true events, was co-written by director Oliver Stone and the real-life Boyle and is heavily critical of U.S.-backed military dictatorships of the time. 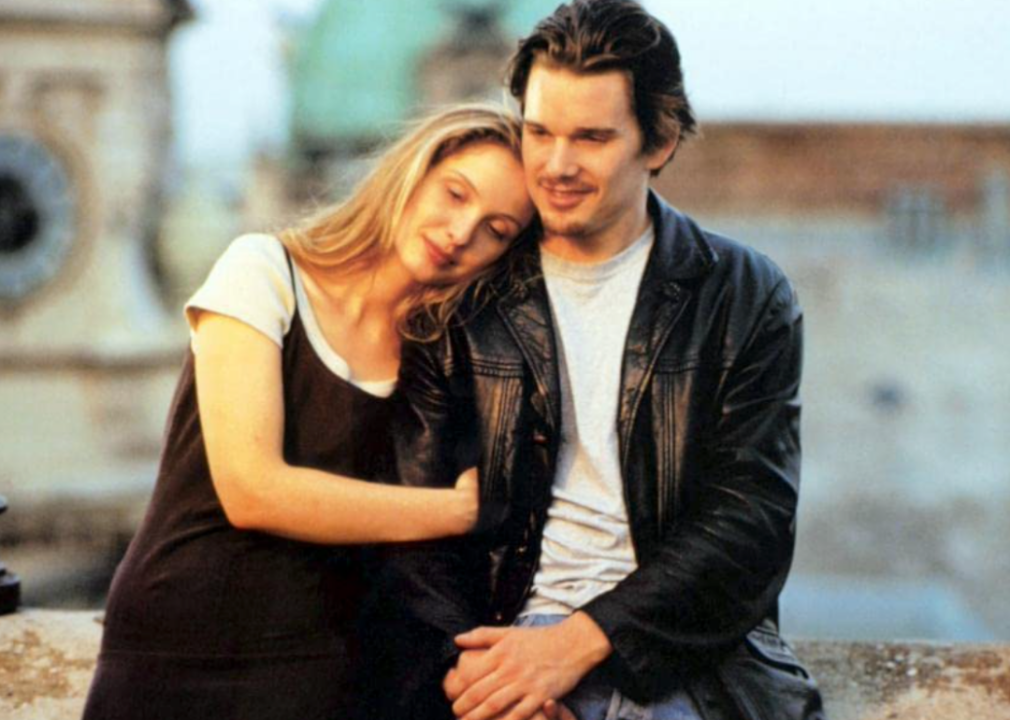 The first in Richard Linklater’s moving Before trilogy, “Before Sunrise” follows two young travelers (Ethan Hawke and Julie Delpy) who meet on a train and end up spending a night together wandering the streets of Vienna. The film stands out for its natural pacing, minimalistic conversation, and the palpable chemistry of the two lead actors. Much of the dialogue between Hawke and Delpy was improvised, adding additional depth to the whirlwind romance. 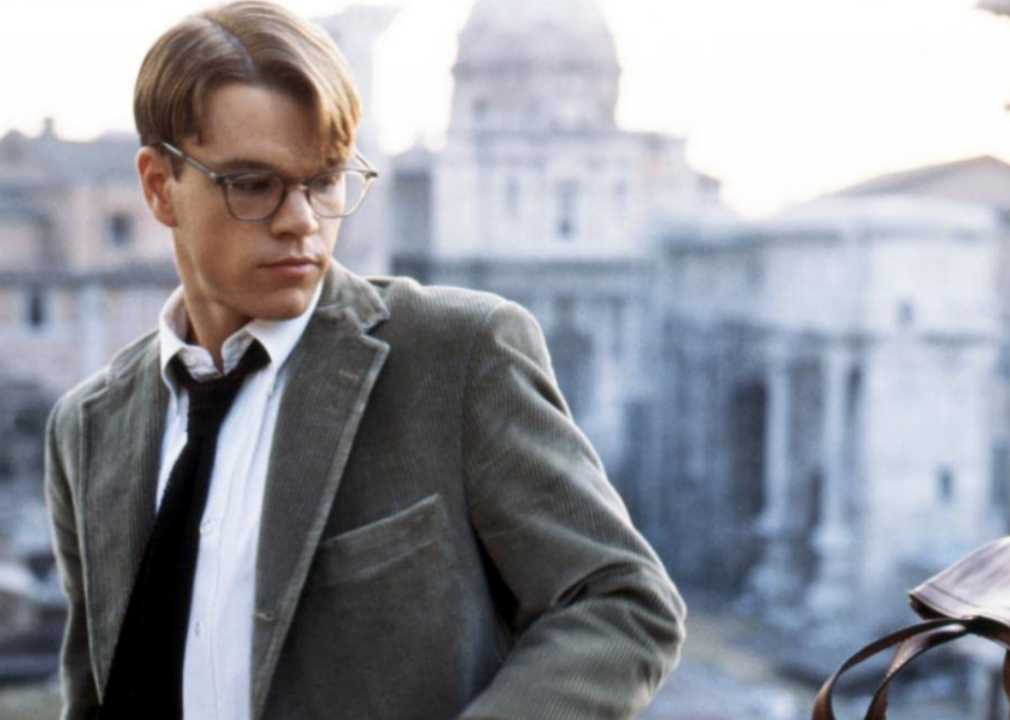 “The Last Samurai” stars Tom Cruise as an American military advisor who learns and embraces the way of the samurai in 19th-century Japan. An epic in the truest sense, the film is a fascinating glimpse into the turbulent Westernization of Japan. The film features expert performances from Cruise and Ken Watanabe. 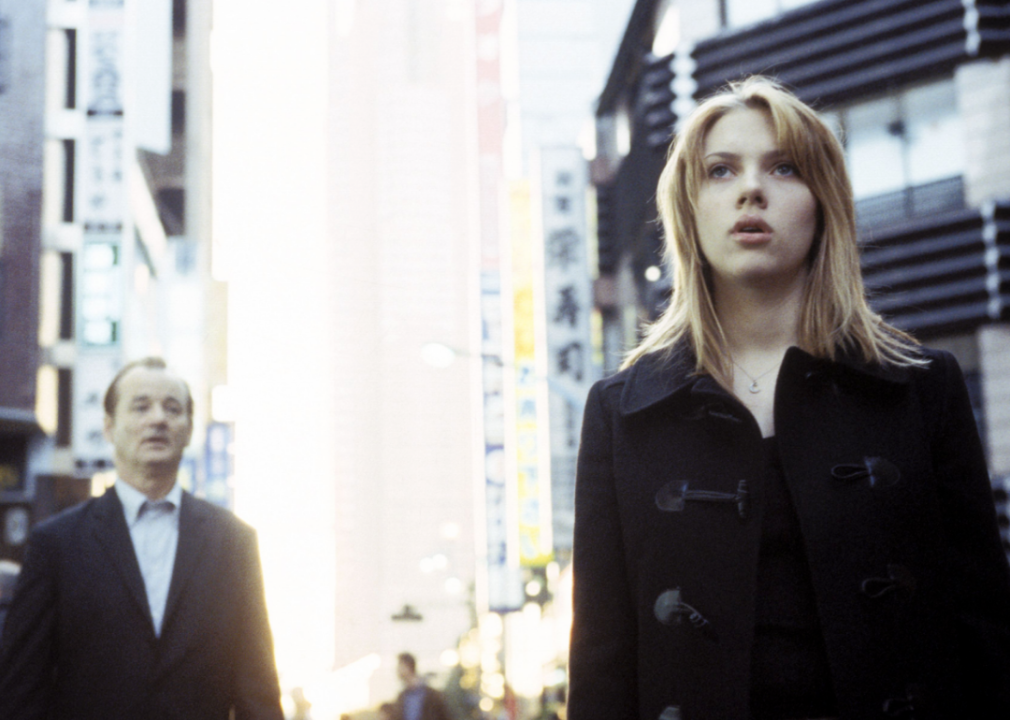 Bill Murray and Scarlett Johansson star in “Lost in Translation” as an unlikely pair crossing paths in Tokyo. Johansson and Murray bring charming performances to director Sofia Coppola’s second feature. The movie managed to be both a critical and commercial success despite its relatively small budget, taking home the Academy Award for Best Original Screenplay. 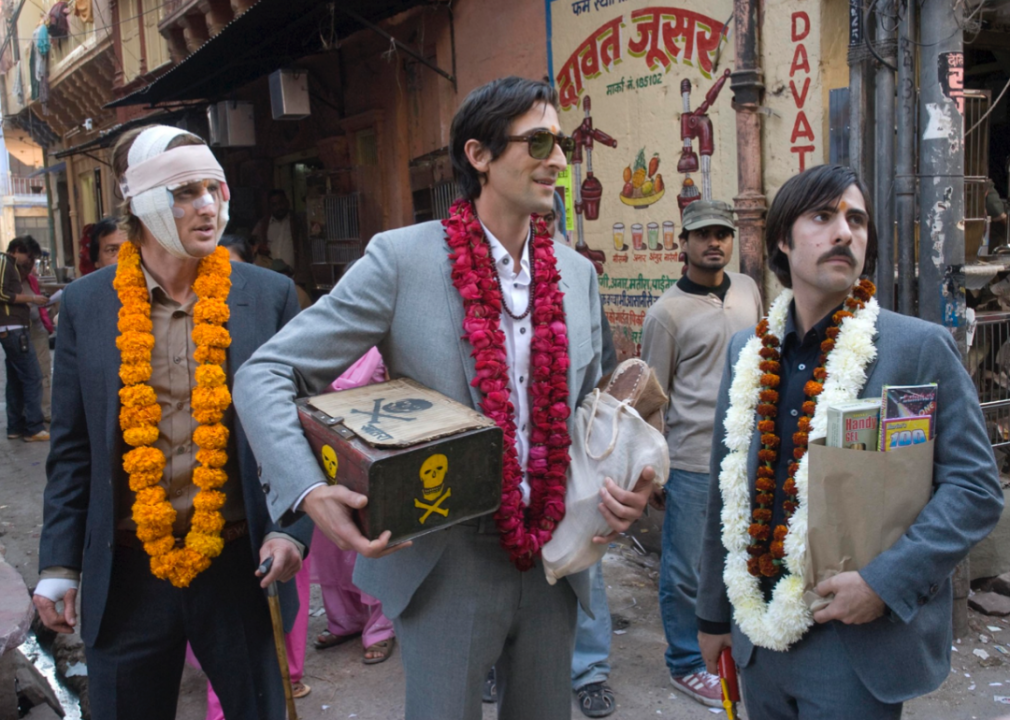 “The Darjeeling Limited” is a comedy-drama from director Wes Anderson starring Owen Wilson, Adrien Brody, and Jason Schwartzman. The film follows the three actors playing brothers who meet up in India for a spiritual journey one year after their father’s death. With Anderson’s signature aesthetic and humor, the film explores familial dynamics and relationships. Anderson co-wrote the film with Schwartzman and Roman Coppola. 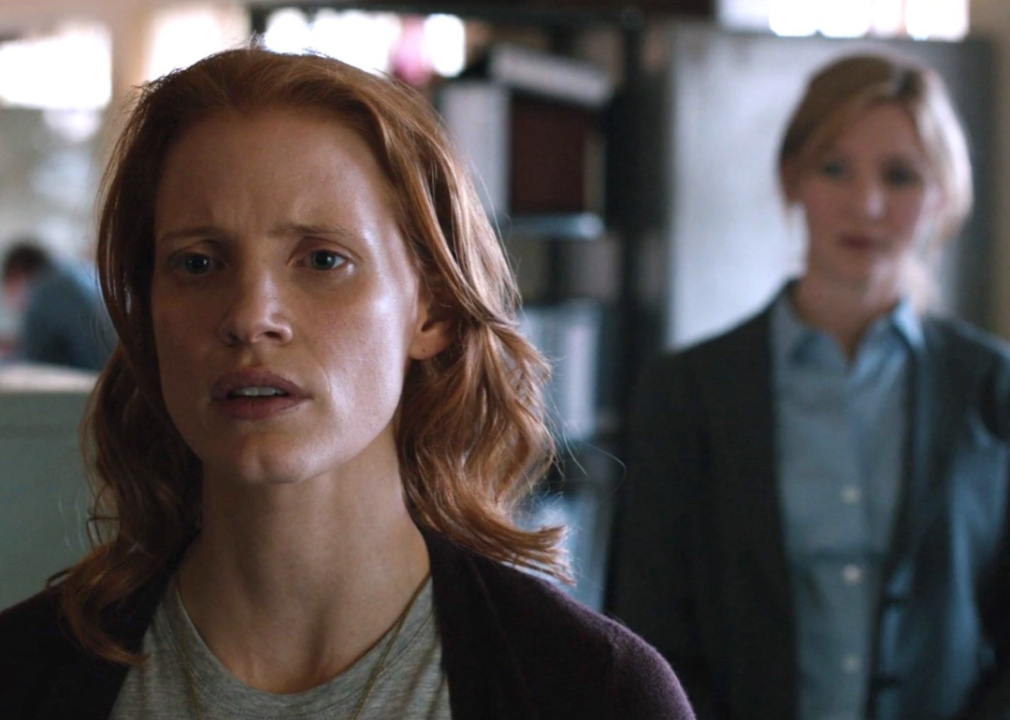 The thriller war drama “Zero Dark Thirty” centers on the international hunt for Osama bin Laden. Set in various locations across the Middle East, the film stars Jessica Chastain in an Academy Award-nominated performance. The film was released just a year and a half after bin Laden’s assassination and acts as a fascinating in-time depiction of world events. 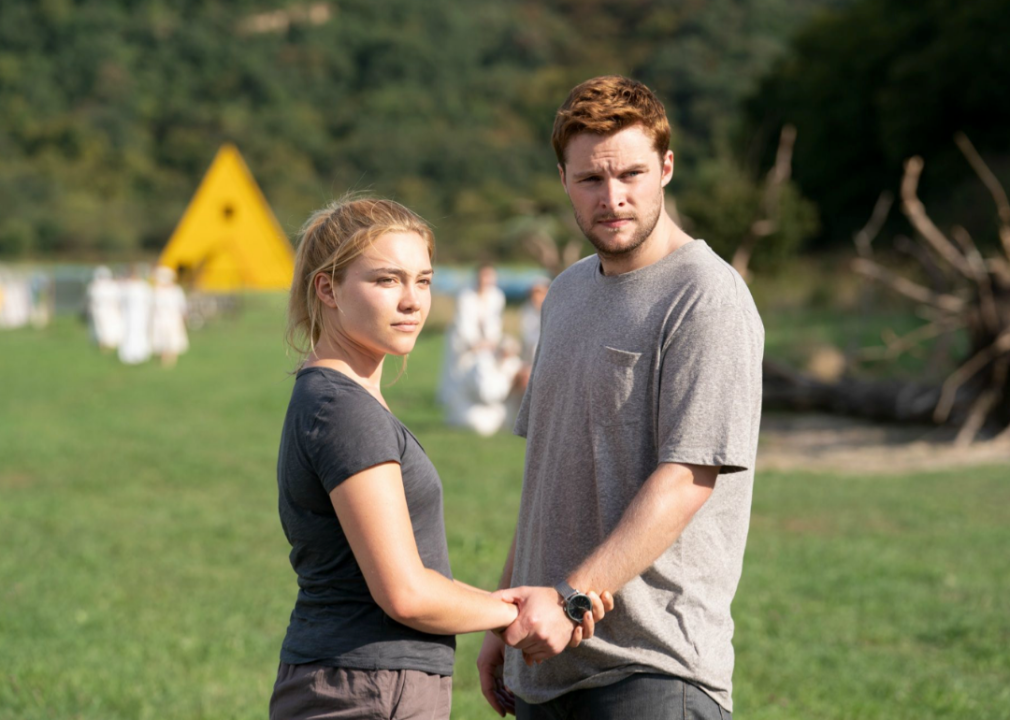 States with the fastest-growing homeownership rates over the past…