States with the fastest-growing homeownership rates over the past decade 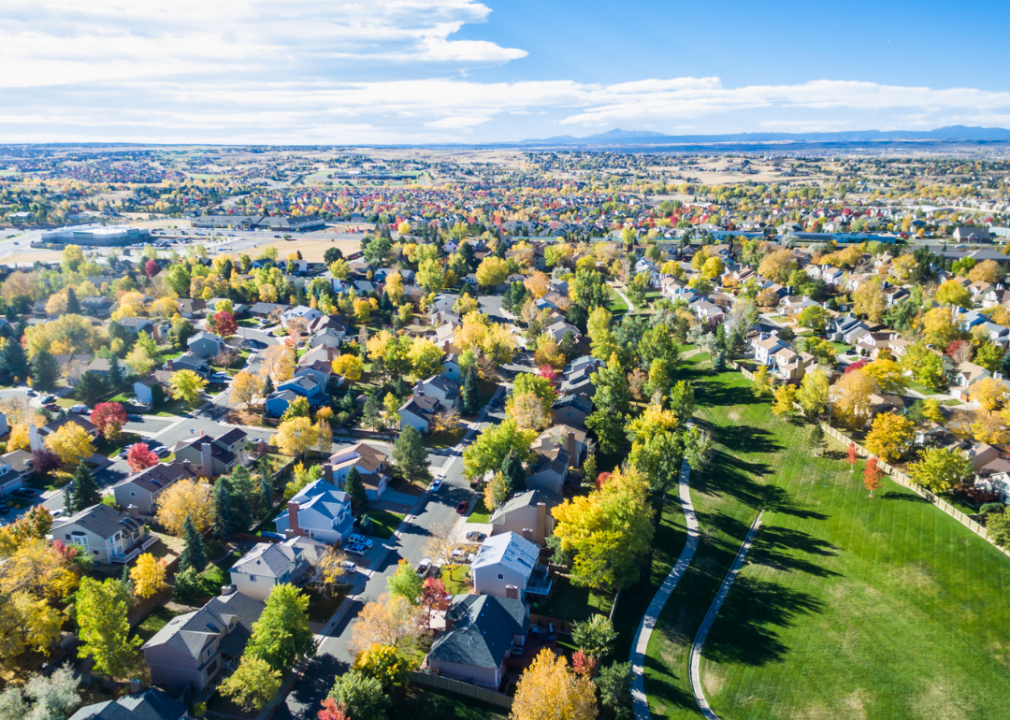 States with the fastest-growing homeownership rates over the past decade

To own a home is a common life goal for millions, but economic and demographic factors often play a decisive role in American home ownership. Income, education, and the state of the economy can either limit or improve the potential to become a homeowner. As the U.S. emerged from the pandemic in 2021, the national homeownership rate stood at 65.5%.

Real estate platform ZeroDown analyzed data from the Census Bureau’s Housing Vacancies and Homeownership Survey to find which states have had the highest growth in homeownership over the past decade. Any ties were broken using 2021 homeownership rates, the most recent data available.

The homeownership rate is the share of houses in the state that is owner-occupied as opposed to being rented or operated as an investment property. The numbers on the forthcoming list are notably small because overall homeownership is down across the country compared to a decade ago. In total, just 14 states saw an increase in homeownership rates in the last 10 years.

The location of homes is a noticeable trend on the list. With the exceptions of Maine and Hawaii, a majority of states on this list are located away from the Atlantic and Pacific coasts. This is likely due to the overall lower cost of living in the South and Midwest.

The Hawkeye State is at the center of the U.S. Corn Belt and is known for its affordable living. The median home value in Iowa was $190,710 as of Q4 in 2021, according to Neighborhood Scout. The cost of living in Iowa is 10.1% lower than average nationwide and ranks as the eighth lowest among all states. The Iowa Legislature also passed a tax cut package including the expansion of funding for affordable housing programs. At the end of 2021, Iowa Association of Realtors concluded that home sales grew 5.2% with a record 49,157 homes sold. 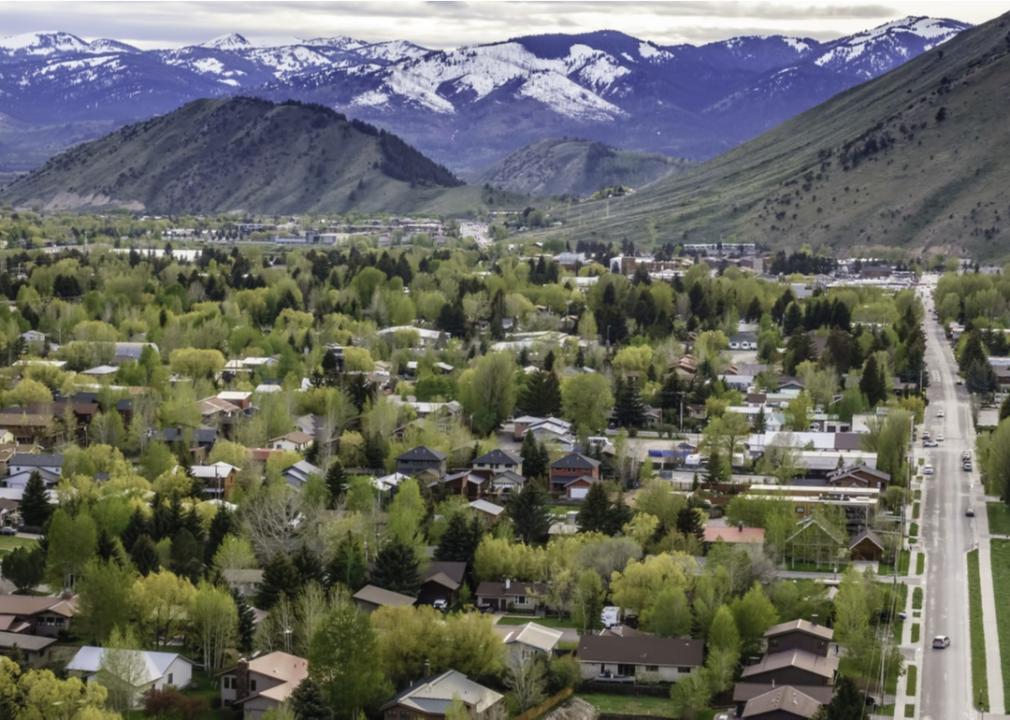 In 2021, Wyoming was ranked the 35th overall best state to live in by U.S. News. This rating is based on the quality of health care, education, the economy, infrastructure, opportunity, fiscal stability, low crime rates, and a clean environment.

The median home value in Wyoming sits at $299,748. Appreciation rates have also jumped up a total of 54.02% in the last decade. The Wyoming economy relies on tourism, oil and gas, mining, and agriculture. Homebuyers are drawn to Wyoming for wide open spaces, national parks, and major tax benefits. 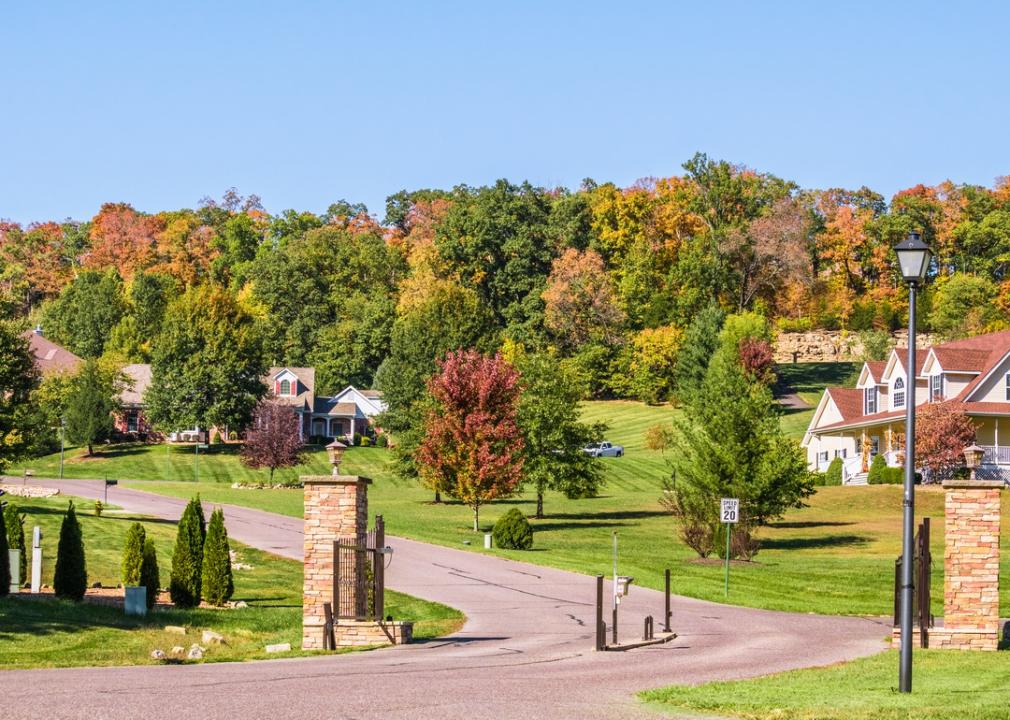 Missouri is another wonderful state in terms of affordability and quality of life. As of 2022, Missouri ranks 7th for the lowest cost of living in the United States, and the cost of housing is 20% less than the national average. Affordability is also paired with decent economy and wages, which is a win-win for many families.

In 2020, Missouri ranked as the 22nd largest economy in the U.S. Manufacturing and agriculture remain strong in terms of state industries. The median home price also remains low in Missouri at $208,982, which is very attractive for younger and first-time home buyers. 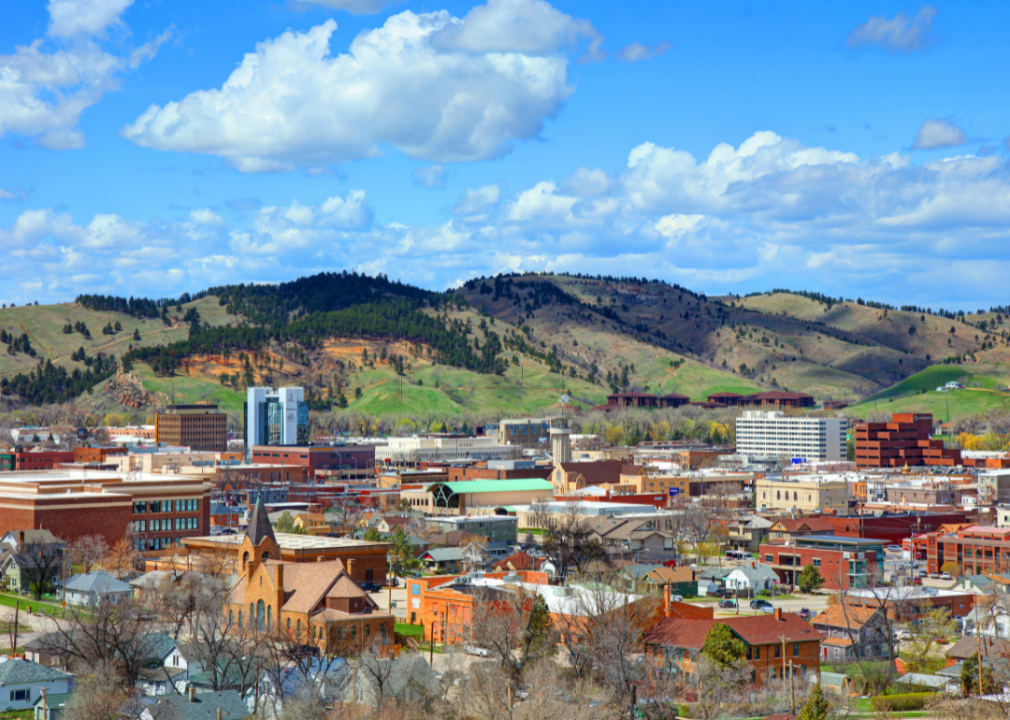 Each year, thousands of tourists are drawn to South Dakota to view the famous Mount Rushmore. The low cost of living, abundant space, and growing economy are what also attract new residents to this state. The median home value in South Dakota is $236,975, while the median household income sits at $58,275 in 2022. South Dakota homestead laws are also family friendly, allowing them to protect their homes in the midst of challenging economic circumstances. Residents above the age of 69 are also allowed to protect property of a certain value from being sold to pay off state taxes. 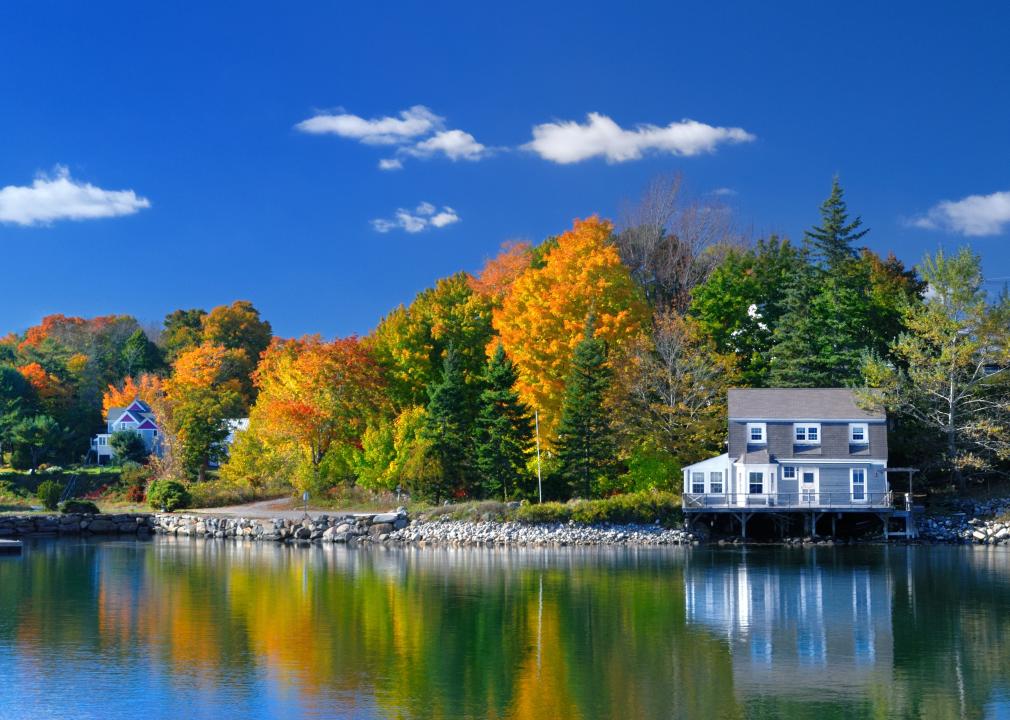 Safety is among the most important factors for homeowners. U.S. News ranked the city of Portland, Maine as the #1 safest place to live in the U.S. for 2022. Maine also has great homestead protection laws, allowing from $47,000 to $95,000 in equity protection over a mortgage.

The 2022 median home value for Maine also sits at $279,001, which is still lower than the national average. Affordability, safety, and abundant outdoor activities continue to lure homebuyers to the beautiful state of Maine. 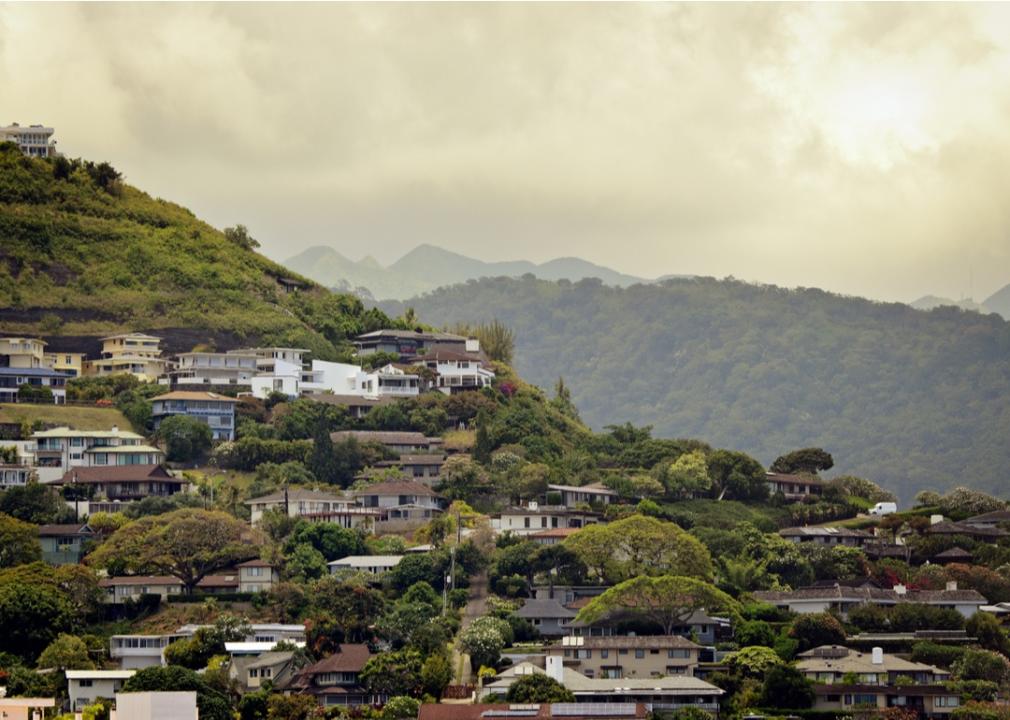 Each year, millions of tourists flee to the Pacific paradise known as Hawaii. Although the median home value of Hawaii remains at a steep $784,084, the islands make up for it by ranking as the fifth richest state for median household income—which remains at $83,102. The poverty rate in Hawaii is also at a fairly low 9.3%.

For homeowners of the Aloha State, homestead protection laws protect those from losing a home due to bankruptcy. Homestead exemptions range from $20,000 to $30,000, depending on age. 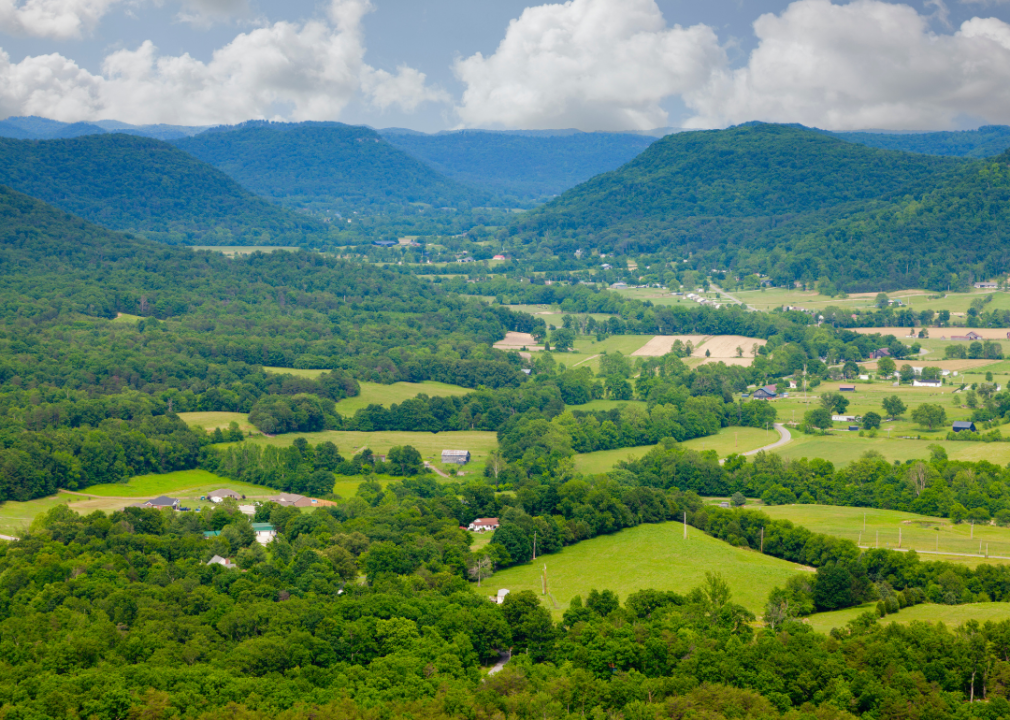 The Bluegrass State is well known for its bourbon and horse racing, but also loved by residents for its low cost of living. Median household income is $50,589, while home prices have surged 15% to a median value of $221,000, according to Kentucky Realtors.

U.S. News ranked Kentucky the 41st best state in 2021. The state’s main industries are manufacturing, especially automotive and aerospace. The Kentucky Senate recently passed a bill that will tap into the state’s revenue surpluses to deliver over $1 billion in income tax rebates. This adds up to personal tax rebates of $500 for an individual and $1,000 per household. 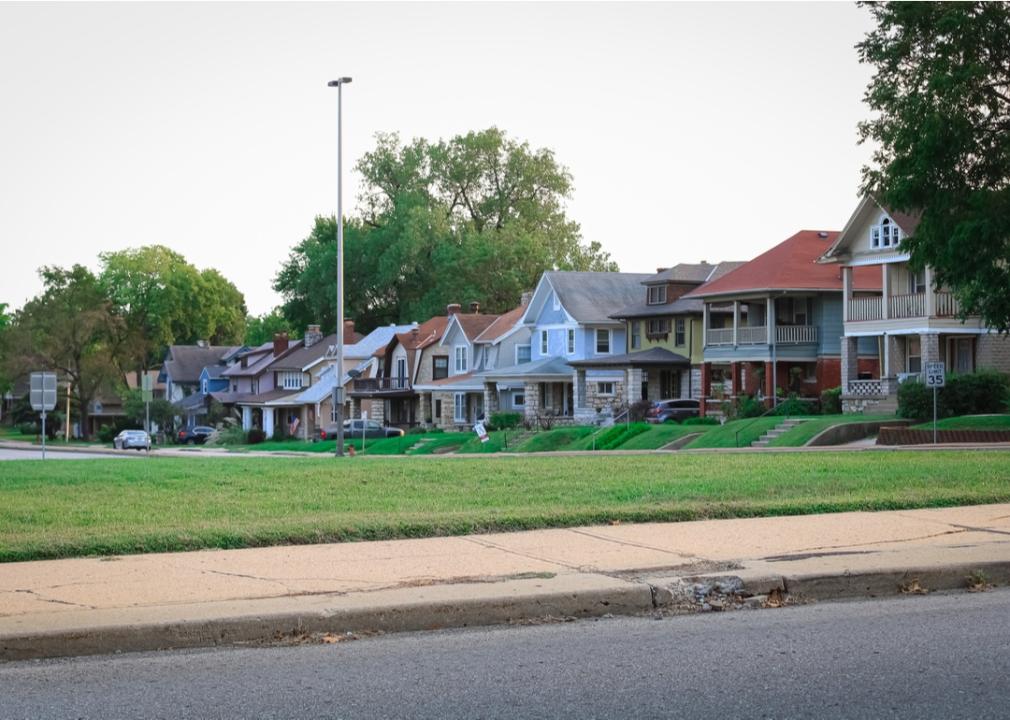 Kansas was ranked as the 26th best state in 2021 by U.S. News. The Sunflower State’s health care access, low cost of living, top rated colleges, and job opportunities make it an attractive place to raise a family. Average home prices were at $277,329 as of March 2022, according to data from Kansas Association of Realtors. Unemployment rates are at 2.5% in Kansas, which is lower than the nationwide average of 3.6%. Kansas also ranks 28th for economic outlook and 34th in economic performance. 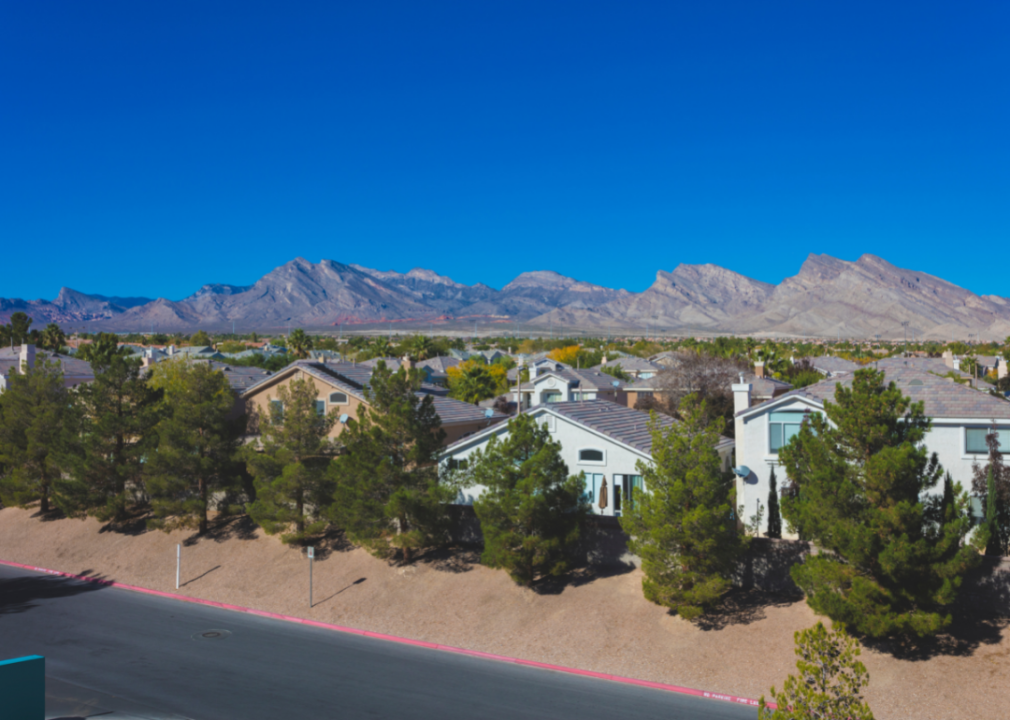 Nevada lures homebuyers with its warm weather, diverse culture, and low tax burden. While the cost of living is higher than in other intermountain states, there’s no state income tax. Popular areas such as Las Vegas, Reno, or Lake Tahoe offer thriving tourism, entertainment, casinos, and fine dining. Since the early days of the COVID-19 pandemic, Nevada has seen a significant increase in inbound migration in the U.S. 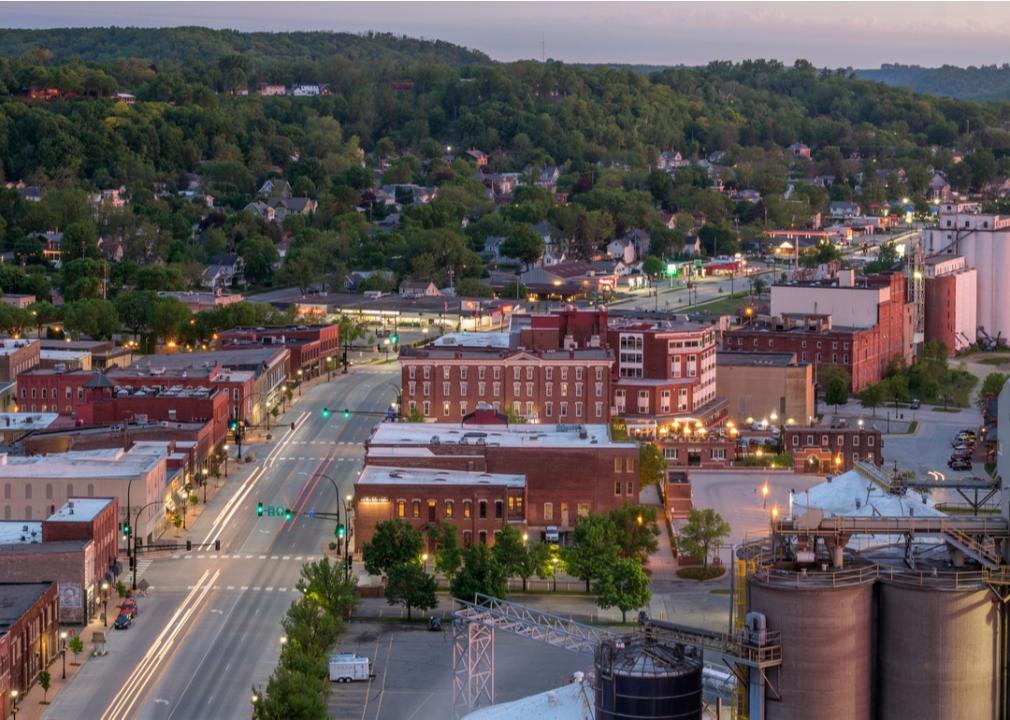 Affordability, the great outdoors and a solid economy are just three of many reasons as to why homebuyers love Minnesota. Although the pandemic spiked unemployment across the nation, the state of Minnesota is bouncing back. Unemployment rates dipped from 3.7% in March 2021 to 2.5% in March 2022. Minnesota also positively ranks #9 out of all states in health care access and affordability.