Another suspect arrested in case of man bound, beaten and dumped under Mississippi bridge 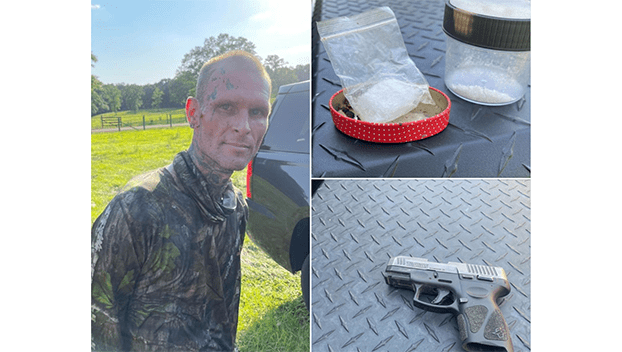 Another man has been arrested in the case of a man who was bound, beaten and dumped under a bridge in Jones County in February.

On Tuesday, Perry County deputies followed up on a person who was wanted out of Jones County for the kidnapping and aggravated assault of James Riser. Riser was reportedly bound, beaten and left under the Union Falls bridge near Ovett in East Mississippi. After he was discovered by two area fishermen, Riser was taken to a local hospital, where he was listed in critical condition.

A drone was used to fly over the area and get a positive location of the subject on the creek bank. We were able to locate him and arrest him without incident. A handgun and what was believed to be crystal meth were found on him at the time of arrest.

Arrested was Jason Dewayne Holmes, 38. He was transported to the Jones County Detention Center to face charges of kidnapping and aggravated assault. A hold was also placed on Holmes by Perry County officials for charges of Possession of a Weapon by a Convicted Felon and Felony Possession of a Controlled Substance (Meth).

In February, James Tingle, 32, of Ovett was also arrested in the case.