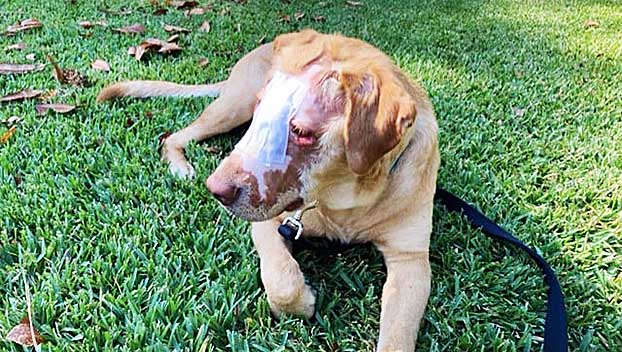 Called “Buddy’s Law” after Buddy the dog who suffered severe burns to his face after a North Mississippi 12-year-old set fire to the dog.

The 3-year-old dog was forced to undergo intense treatment, including skin grafts, after the child set him on fire.

Veterinarians at Mississippi State University cared for the dog, which was at the signing ceremony at the State Capitol Thursday.