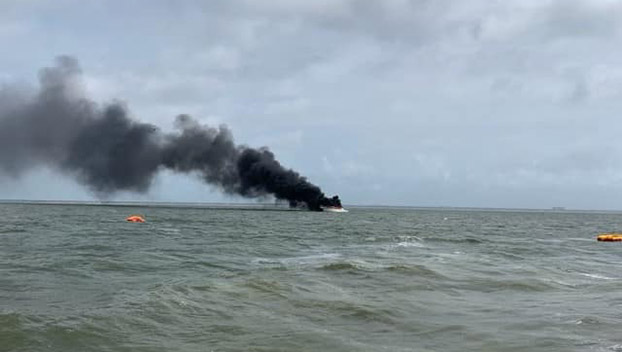 The U.S. Coast Guard Station in Gulfport rescued seven people and a dog after the ship they were in caught on fire Saturday morning near Gulfport.

Coast Guard officials posted photos about the incident on Facebook and other social media Saturday.

“A 45-foot vessel at ship island caught fire this morning and sunk. Members from Station Gulfport responded and were able to recover all 7 passengers and a dog and returned them safely to land,” the post said.

WLOX News in Biloxi reports that a mayday call was issued from the ship at approximately 9:30 a.m.

A Coast Guard aircrew initially deployed a rescue life raft at the location of the fire. Boat crews then were dispatched to retrieve the seven passengers and their dog.