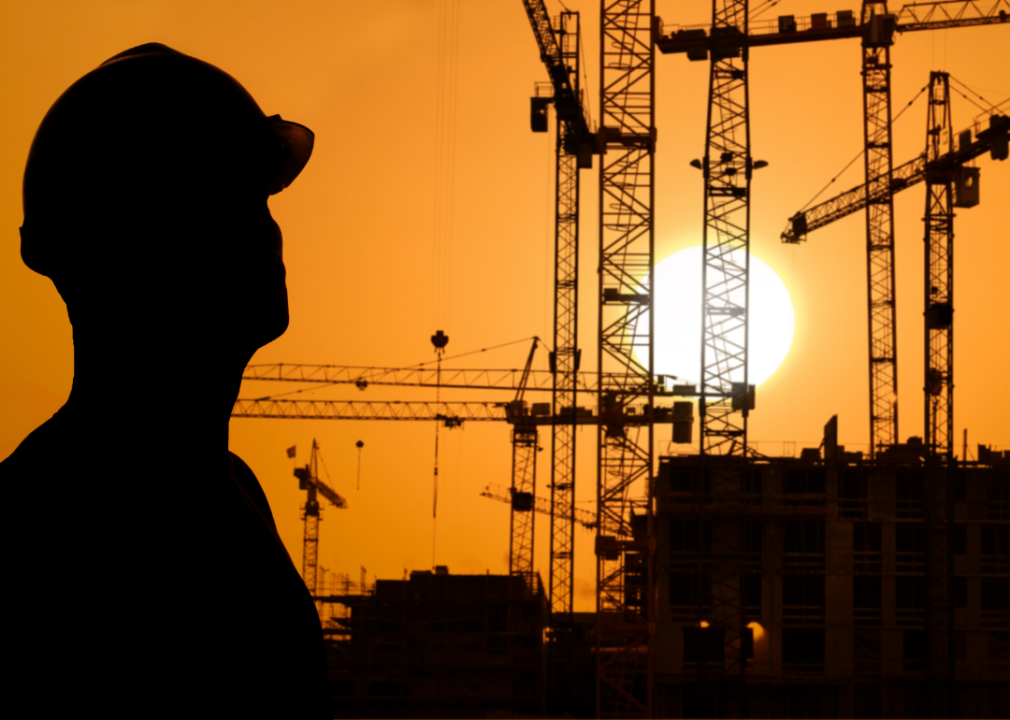 In 2020, 4,764 fatal workplace injuries were recorded in the United States—just under 3.5 fatalities for every 100,000 full-time equivalent workers. This means that for the majority of Americans, dying on the job is not a significant risk, and perhaps not even a thought. But some of the most essential jobs in our society bear a disproportionate risk of death, despite workplace protections.

People responsible for harvesting our food, mining valuable resources, or building our infrastructure are working with dangerous machinery in harsh environments under strenuous conditions. While those things can get safer—and over time technology and regulations have lowered accident rates—occupational hazards will always exist.

Many of the deadliest workplace accidents in American history—like the Triangle Shirtwaist Factory fire or the Monongah mining disaster—were a result of negligent employers and a lack of worker safety standards. Others were the product of human error, and today serve as examples of the dangers inherent in certain industries.

Workplace safety has come a long way over the last two centuries, often in response to public outcry following such disasters. In 1994, the annual census of workplace fatalities registered nearly 2,000 more deaths compared to 2020 in part due to more highway accidents and workplace shootings. A combination of improvements to protective legislation, like the Occupational Safety and Health Act of 1970, as well as better data collection and actionable analysis, like the Census of Fatal Occupational Injuries, have led to the worker safety standards we see today.

Stacker analyzed the occupations with the highest fatal injury rates according to 2020 data from the Bureau of Labor Statistics. Rates are calculated per 100,000 full-time worker equivalents, meaning the rate may be higher than the actual total number of fatalities, which are also provided.

You may also like: Former jobs of the governor of every state 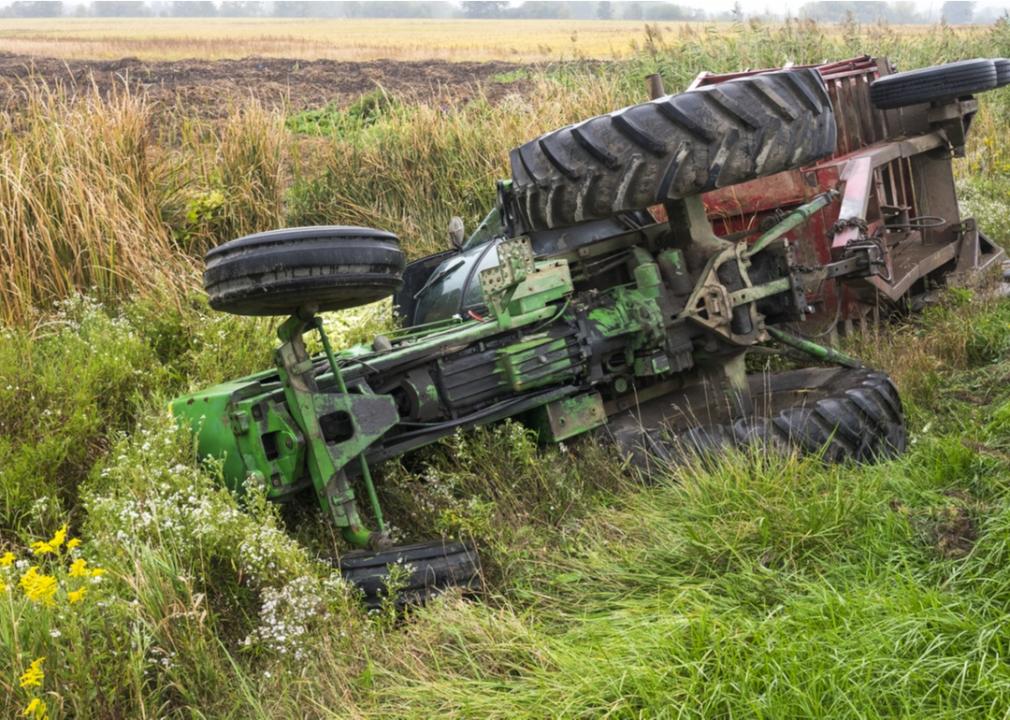 #10. Farmers, ranchers, and other agricultural managers

Transportation incidents—particularly overturned tractors which can weigh an average of around 5,000 pounds—are a leading cause of death among agricultural workers. Although it is not noted as a cause of death, workers in this industry also commonly face prolonged exposure to hazardous chemicals in pesticides and fertilizers. 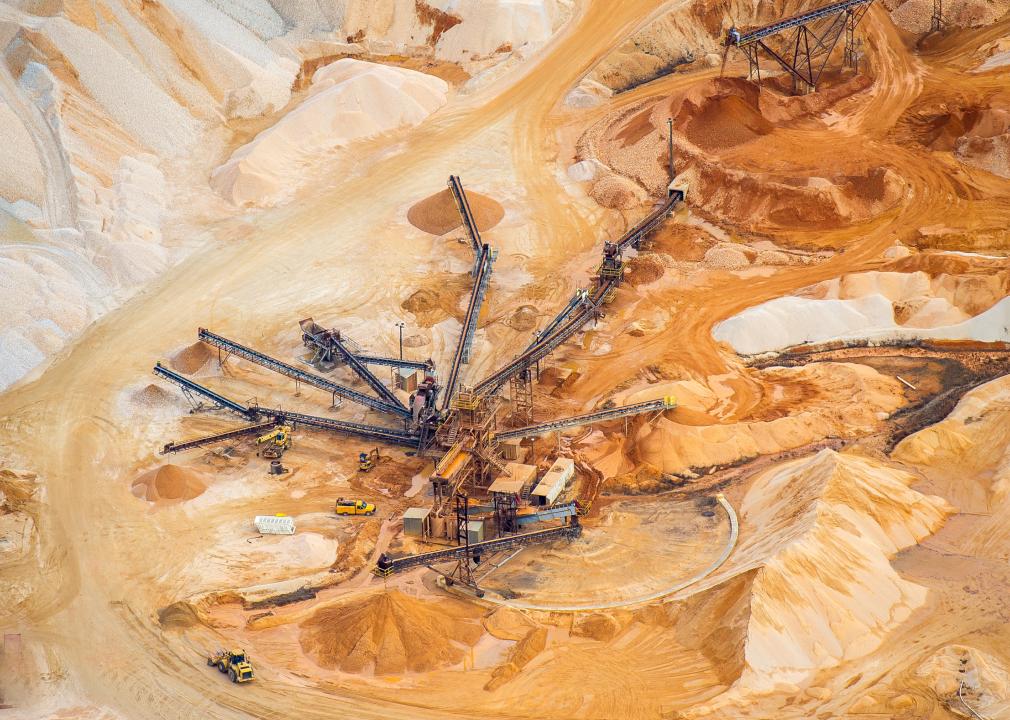 Mining-related fatalities have dropped significantly over the last century, but jobs in this industry will always inherently bear serious risks. Falling earth, machinery and haulage accidents, and explosions are some of the most common causes of death among mining professionals, according to the Centers for Disease Control and Prevention. In 2022 alone, 12 fatal mining accidents have been recorded by the Mine Safety and Health Administration. 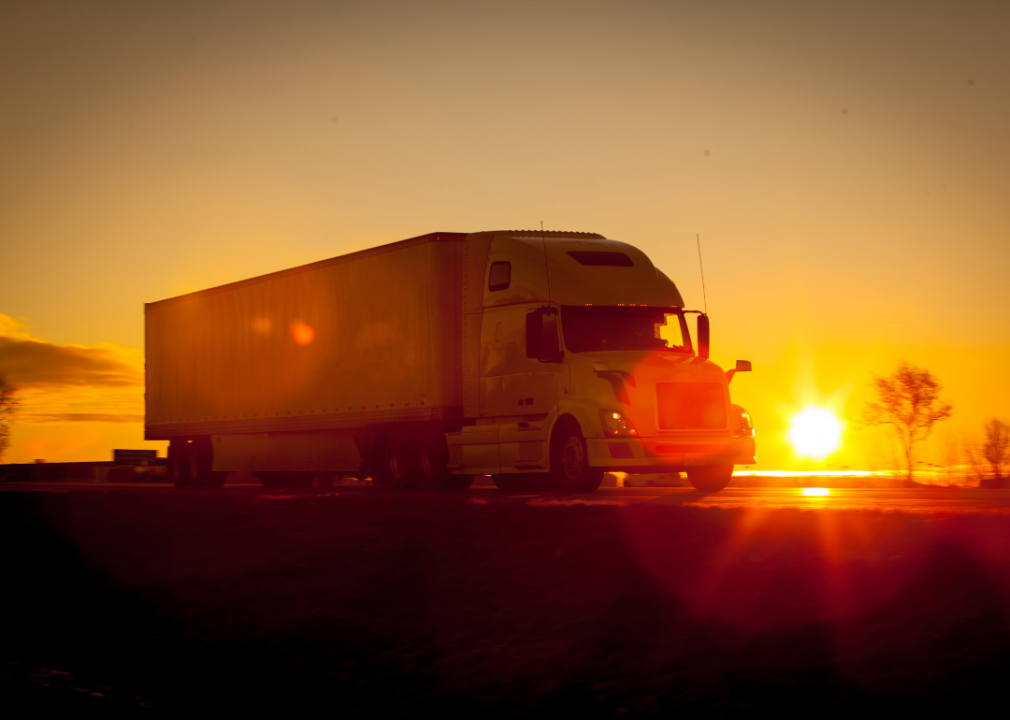 With the majority of their working day spent on the road, delivery drivers are at a greater risk than most of being involved in a vehicular accident. In the summer of 2021, it was reported that some Amazon drivers were being instructed to forgo daily vehicle inspections, potentially ignoring safety issues like worn tire treads, jammed doors, and broken mirrors to avoid the risk of fleet vehicles being taken off the road. Transportation-related incidents are the leading cause of death among delivery drivers, hitting a five-year high in 2019, according to a 2021 BLS report. The second most common cause of death was homicide or suicide. 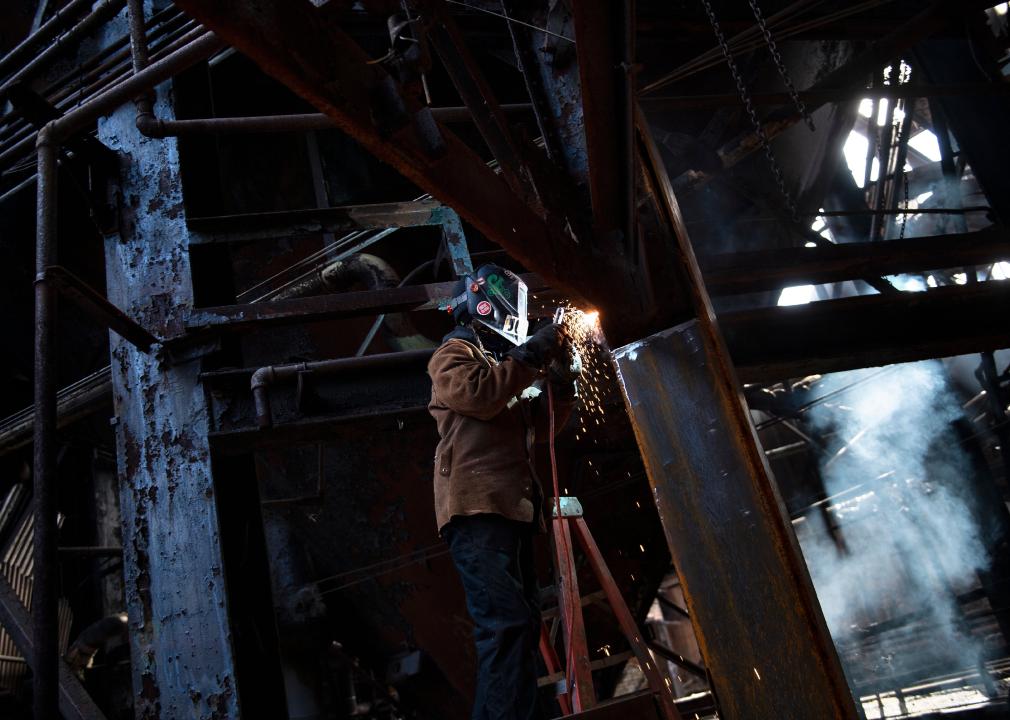 Iron and steel workers construct the metal frameworks of buildings or other structures. Their craft requires them to perform strenuous tasks at great heights, while balancing on narrow girders. Falls from significant heights is the most common cause of death among workers. Workers are also at a greater risk for lacerations and burns. 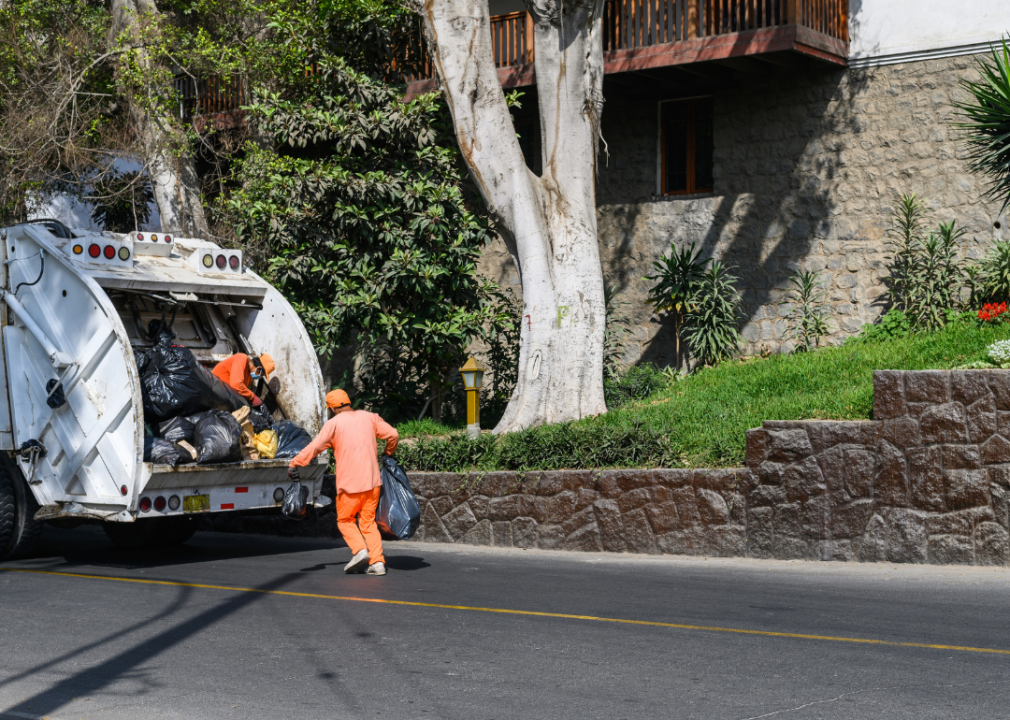 Transportation-related incidents are the most common cause of death among waste collectors. This includes being involved in a crash, being struck by the truck while outside of it, or falling off the back.

You may also like: Dangerous Jobs From Throughout Human History 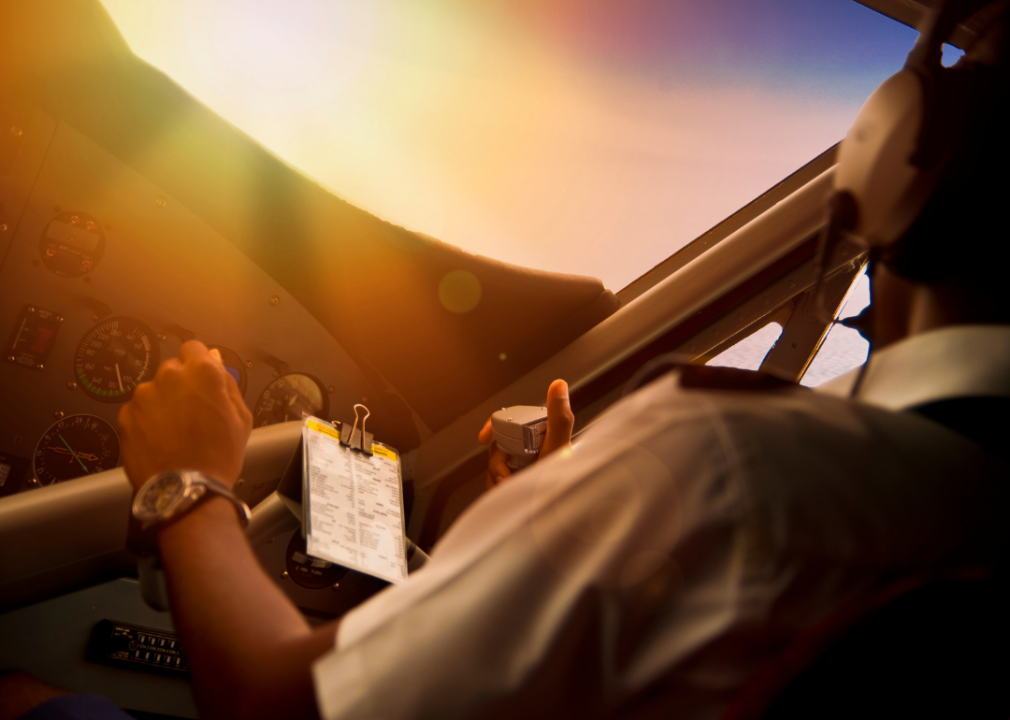 Although plane crashes are rare, when they happen, they are usually fatal. Poor weather conditions, malfunctioning navigation systems, mechanical breakdowns, and human error are common issues across many industries, but in aviation, they are deadly. One of the riskiest but sometimes necessary maneuvers a pilot might employ is a controlled flight into terrain—the act of flying an aircraft into any terrain, like mountains or water. A CDC study revealed most deadly aircraft crashes in Alaska were a result of a CFIT maneuver. 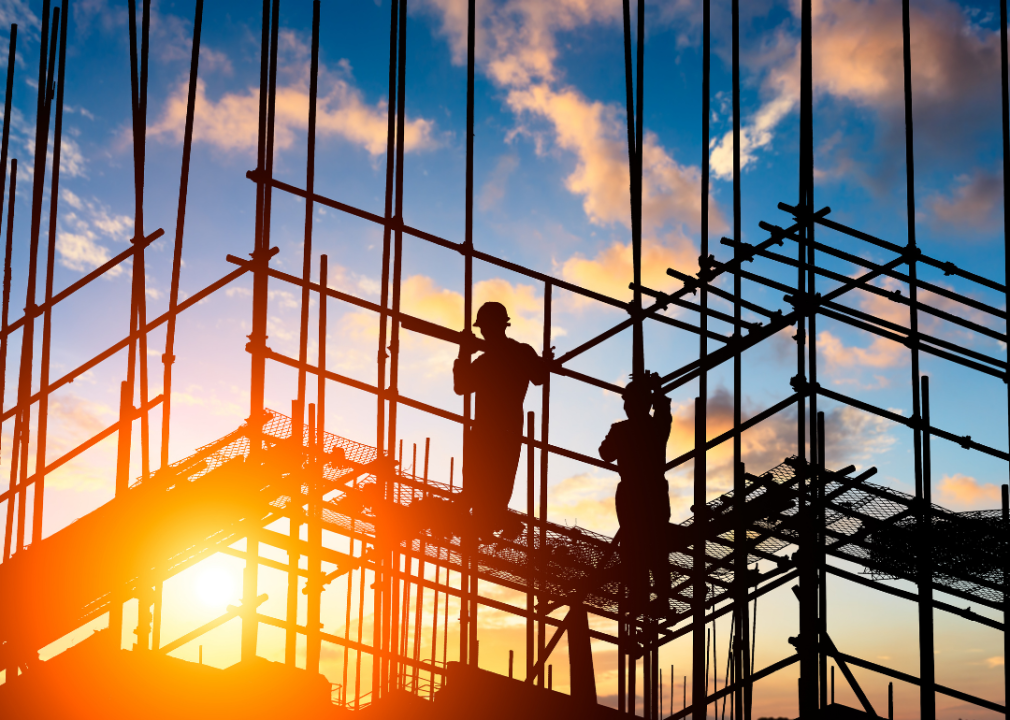 While helpers are not always specialized craft workers like electricians, carpenters, or brick masons, they are responsible for helping keep construction sites safe, clean, and orderly. Falls, slips, and trips are historically the leading cause of death among construction workers. However, transportation incidents, contact with dangerous substances and equipment, and electrocutions are also significant dangers that can lead to death at a construction site. 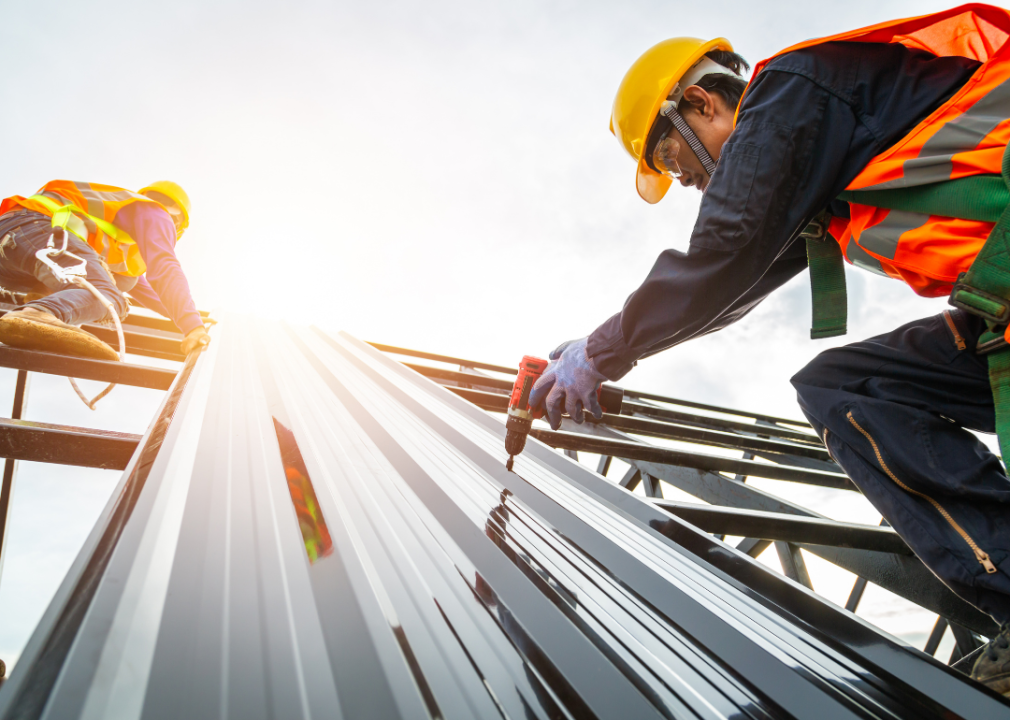 Fatalities among roofers are most often caused by falling from roofs, ladders, or scaffolding. Falls can happen due to inexperience, user error, malfunctioning safety equipment, or neglecting to use any fall arrest system. Because roofers are exposed to direct sun and high temperatures in the summer, heat-related illnesses are also a risk. 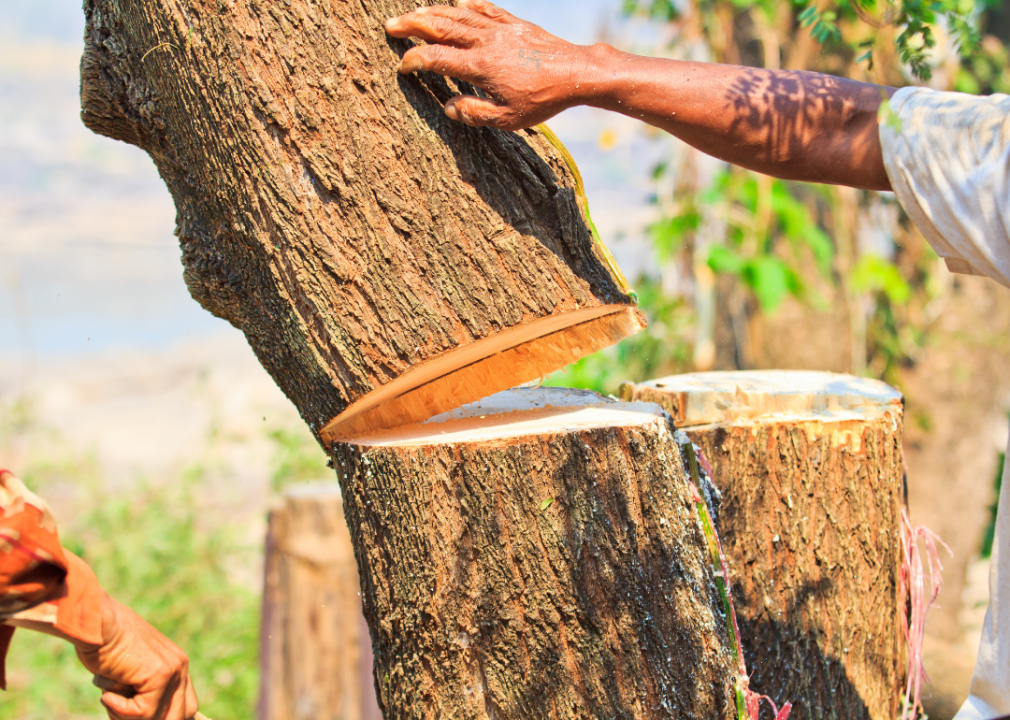 Loggers are responsible for cutting down trees or limbs and transporting the pieces. Their work puts them at risk of falling from significant heights, being injured by equipment designed to cut through wood, and being struck by logs weighing thousands of pounds. Being struck was the most common cause of death, with the head being the most frequent body part involved in fatalities, according to a Penn State University study that looked at logging fatalities between 2010 and 2020. The study also revealed that poor-decision making was a contributing factor in fatal incidents. 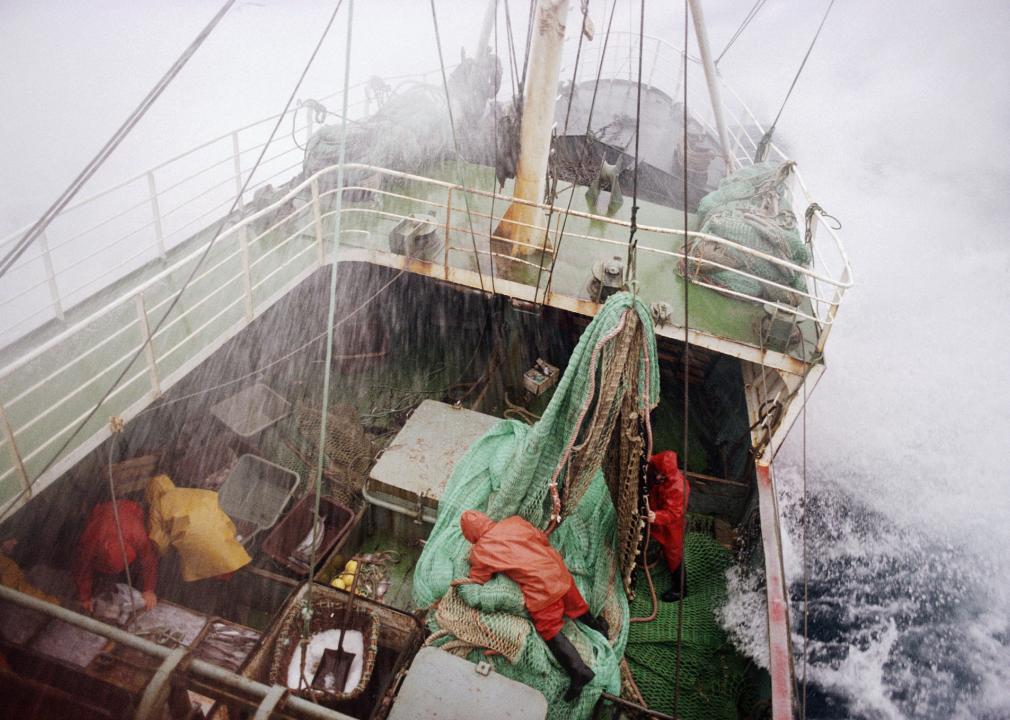 Commercial fishers, hunters, and trappers face some of the most hazardous work conditions of any profession, contending with dangerous weather, wildlife, and machinery. Roughly half of commercial fishing fatalities between 2000 and 2015 were a result of a disaster that damaged the vessel—like flooding, rogue waves, or storms—according to the CDC. About 30% occurred when a fishing worker fell overboard. Working in remote environments—whether out at sea or deep in the wilderness—means that timely access to hospitals is limited in case of life-threatening emergencies.

You may also like: Most common jobs in America 100 years ago

How credit scores of new auto loan recipients have…