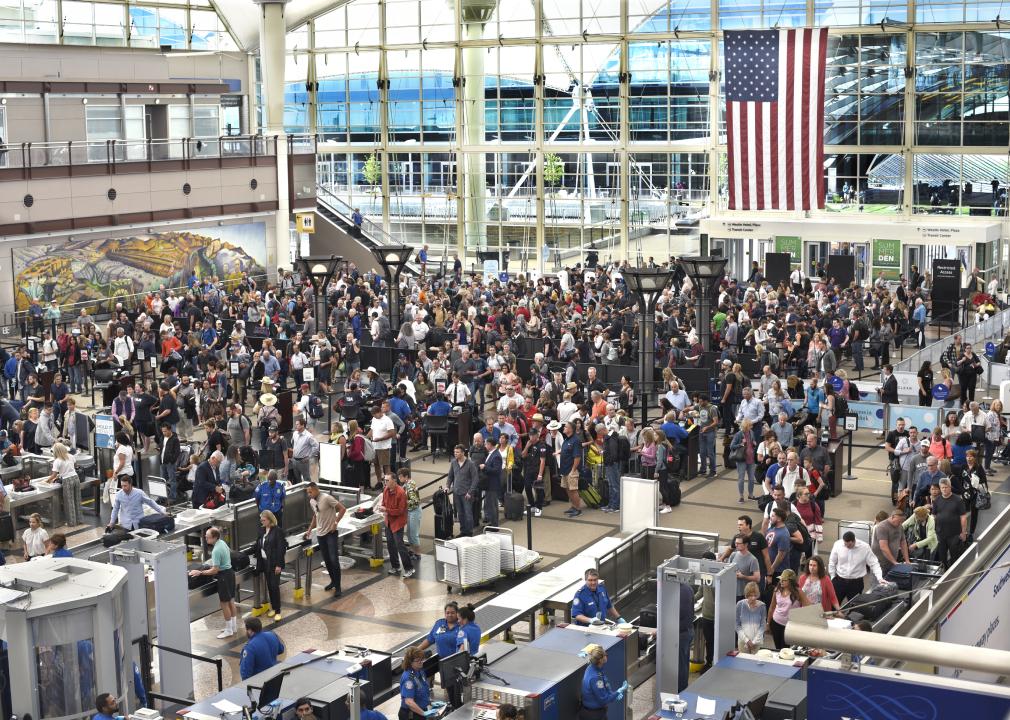 Whether you’re a seasoned traveler or a newbie to flying, everyone can agree that the airport security check line is “hit or miss.” Some travelers arrive when the security lines are packed with flyers anxiously watching the time pass closer to their departure. Others may arrive early to play it safe but end up tediously waiting at their gate for hours.

Although it is never a bad idea to play it safe, knowing the busiest times of the day to go through security can help improve the overall airport experience. Common mistakes that tend to slow flyers down at airport security can be as simple as flying at peak times, choosing the wrong line, or not utilizing apps that can show wait times in real time. Even staying calm and asking staff for help can save you some time.

Major holidays, such as Memorial Day, can factor into your airport experience, too. More than 39 million Americans are expected to travel during Memorial Day weekend in 2022, according to AAA. Choosing to leave earlier, such as the Thursday or Friday before, is best to beat the crowd.

Stacker ranked the the busiest times of day at 10 major U.S. airports by their maximum average reported wait time in 2022, according to TSA Wait Times, using a combination of government data and traveler-submitted experiences. The busiest airports were identified with FAA data based on total operations from January through April 2022. 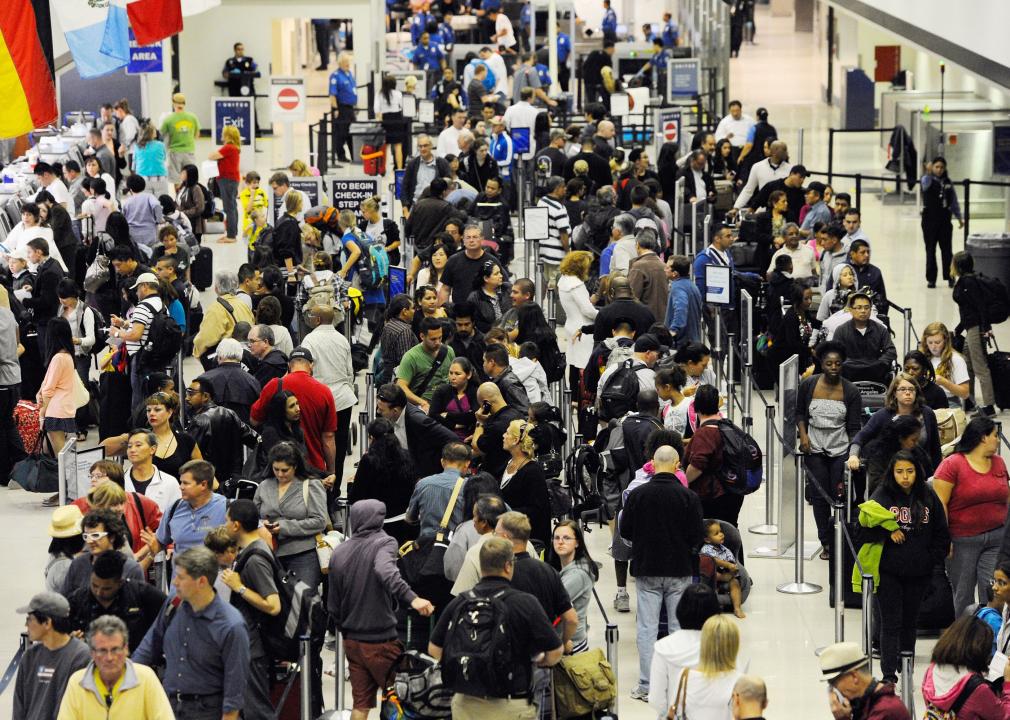 According to LAWA, Los Angeles International Airport (LAX) is the fourth-busiest airport worldwide and the second busiest in the U.S based on the number of passengers. In 2018, an estimated 78.5 million people traveled through LAX. 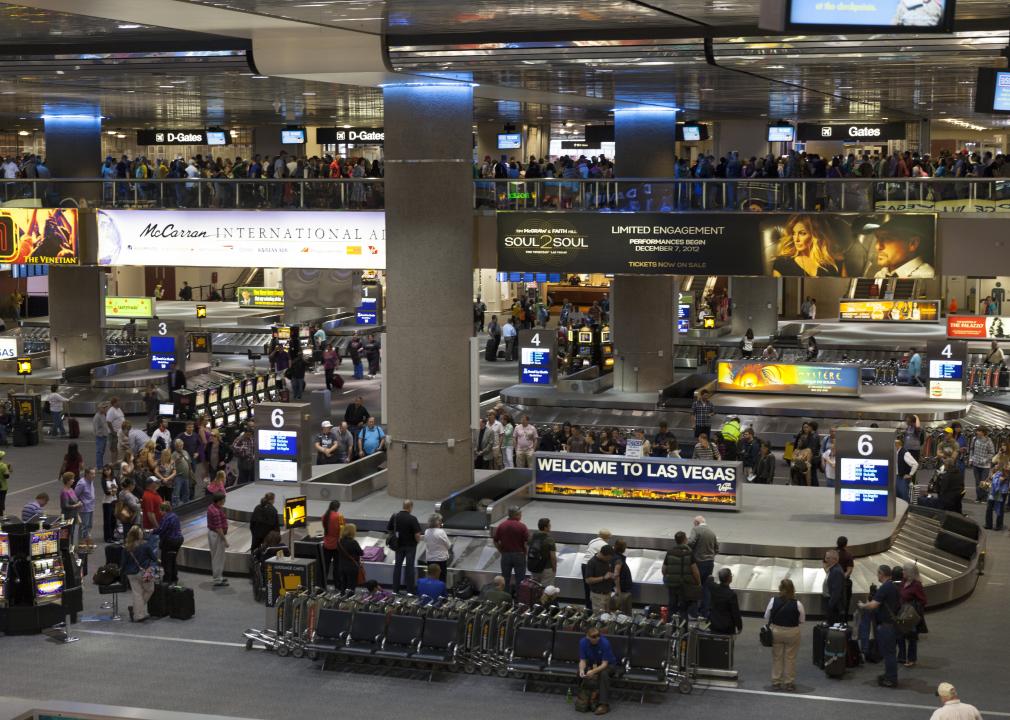 Formerly known as McCarran International Airport, Harry Reid International Airport (LAS) is the ninth busiest airport in the U.S. with more than 52 million passengers per year. There are two terminals, Terminal 1 and Terminal 3. Matching with the Las Vegas spirit, the airport features slot machines and gambling for travelers 21 and older. 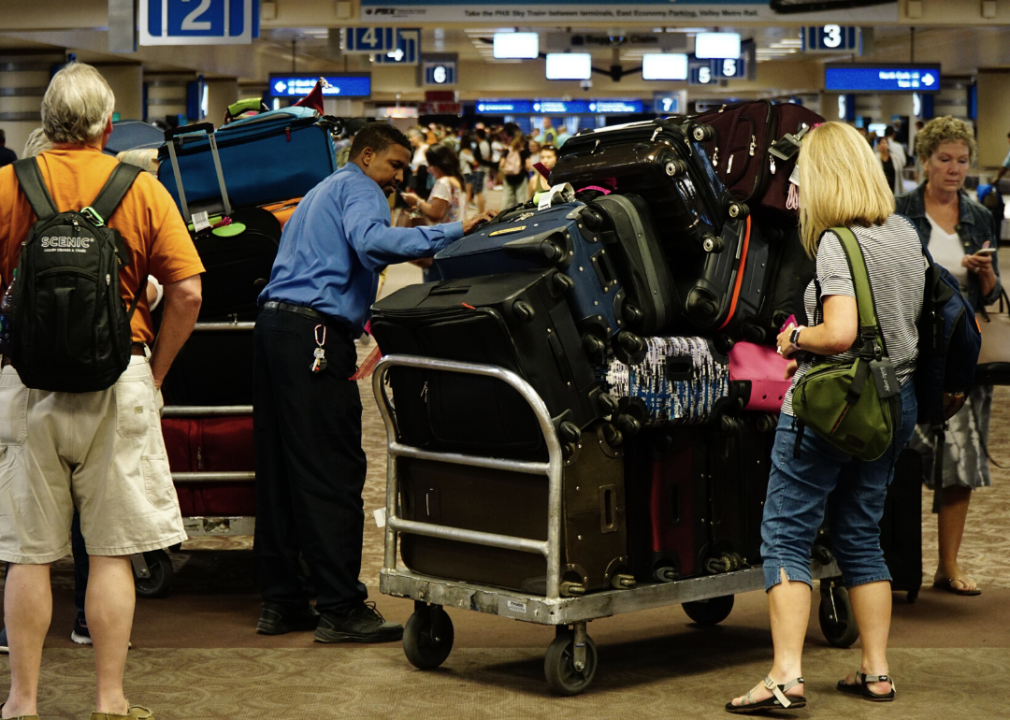 Phoenix Sky Harbor International Airport (PHX) has more than 125,000 passengers per day and 1,200 takeoffs and landings. It’s the eighth-busiest airport in the U.S., according to Airports Council International. 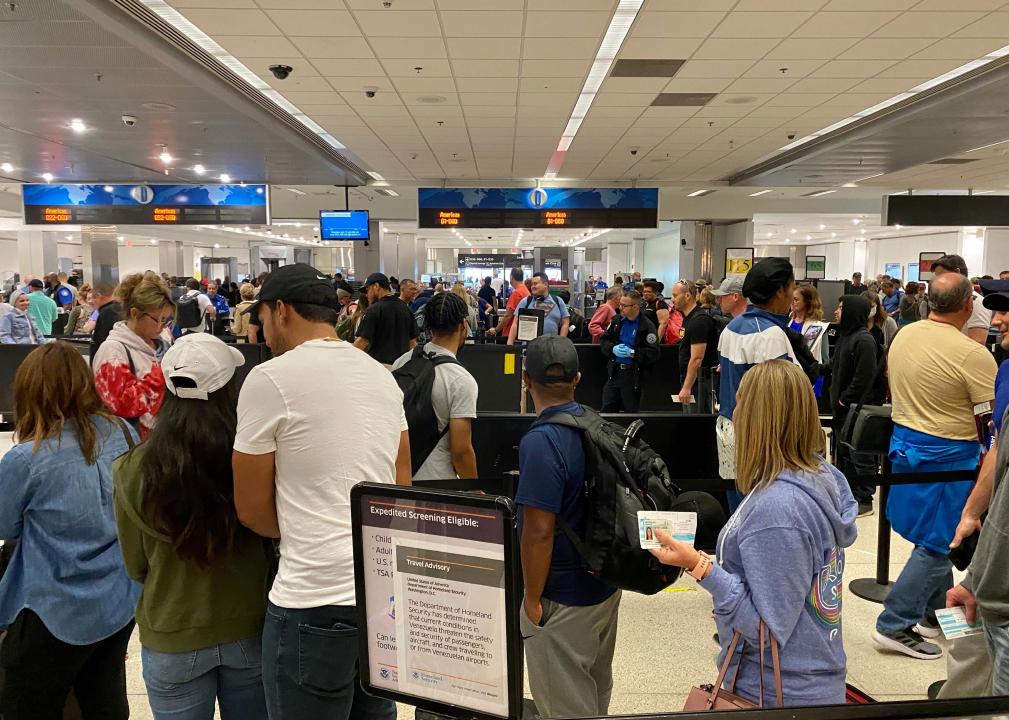 Founded in 1928, Miami International Airport (MIA) is America’s busiest airport for international passengers and freight. Last year, J.D. Power named it the best mega-airport in North America, ranking it #1 in baggage claim as well as food, beverage, and retail. 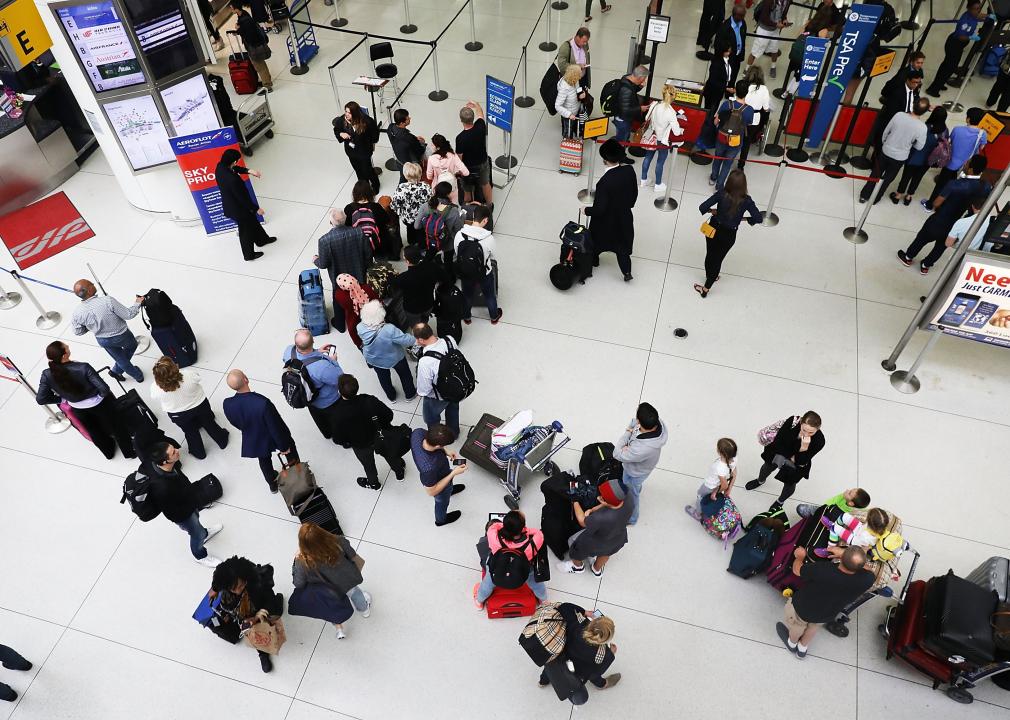 John F. Kennedy International Airport (JFK) offers a great website to track flights, parking availability, hotels, dining, and more to ensure a smooth airport experience. This airport is on the larger side, with more than eight terminals. The airport moves 60 million passengers a year.

You may also like: Famous tourist destinations being impacted by climate change 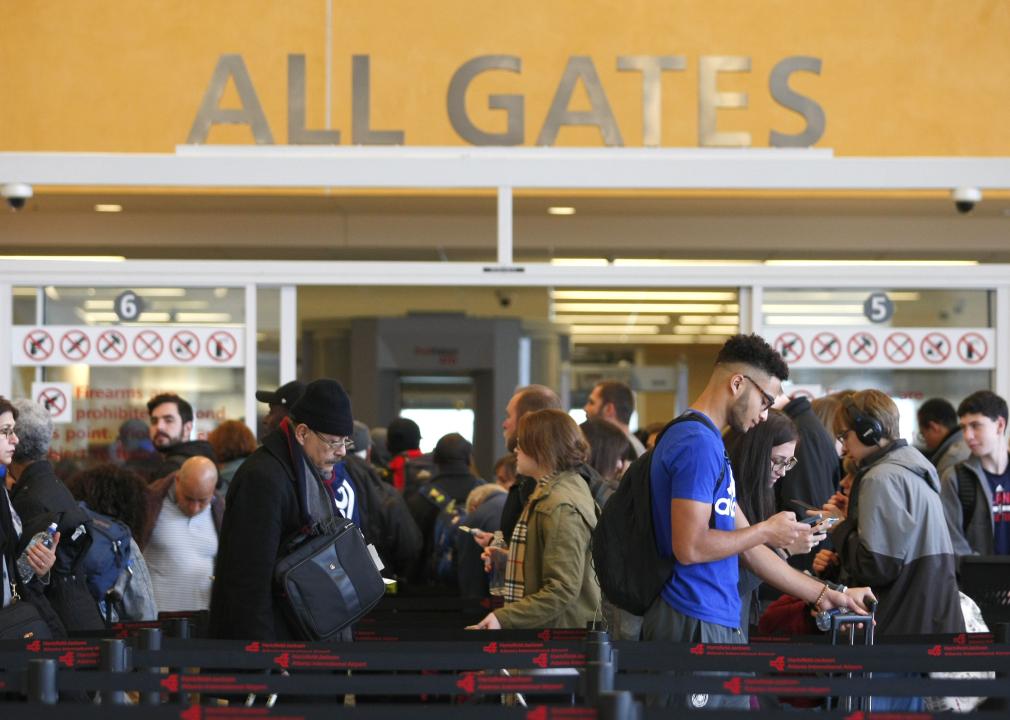 Hartsfield-Jackson Atlanta International Airport (ATL) is the busiest and most efficient airport worldwide. This global gateway offers flights to more than 150 domestic locations and 70 international destinations. 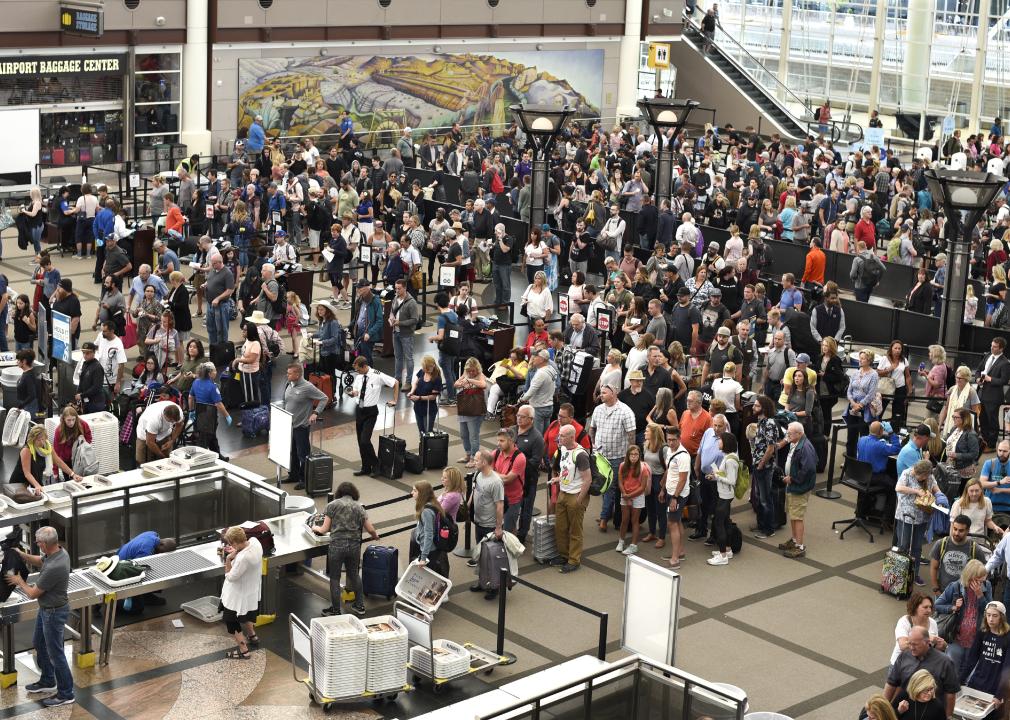 Denver International Airport (DEN) is the third-busiest airport worldwide, yet it remains efficient. Travelers should leave time for the train after security, which will transport you to one of three gates. 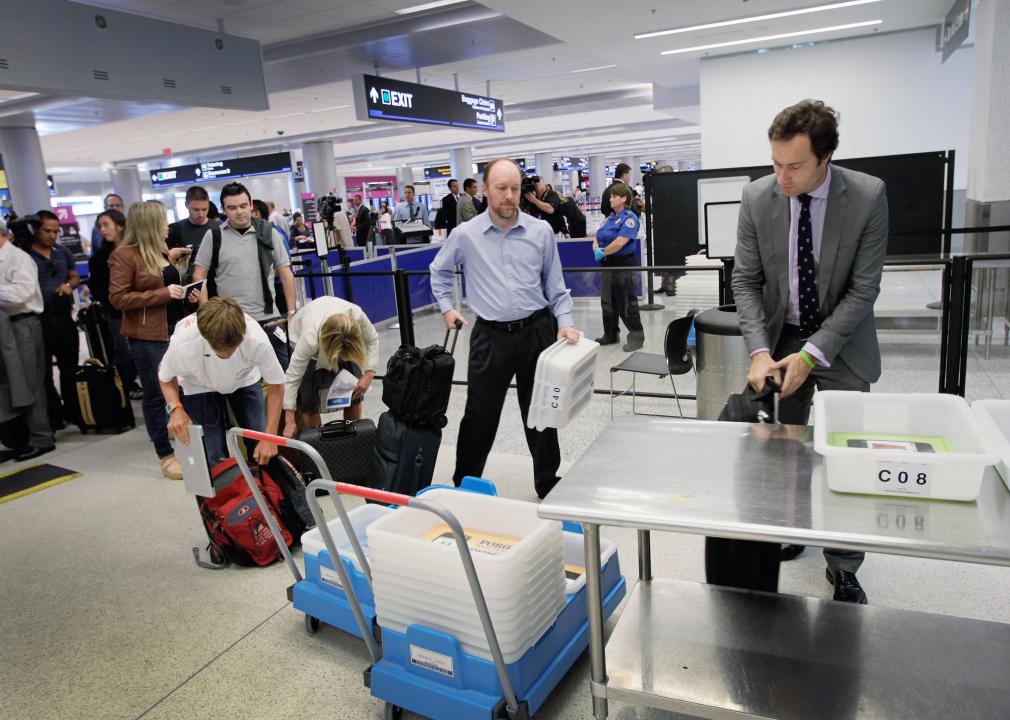 Dallas/Fort Worth International Airport (DFW) is another busy airport, with several modes of transportation throughout. Public transit stations are located in terminals A and B. 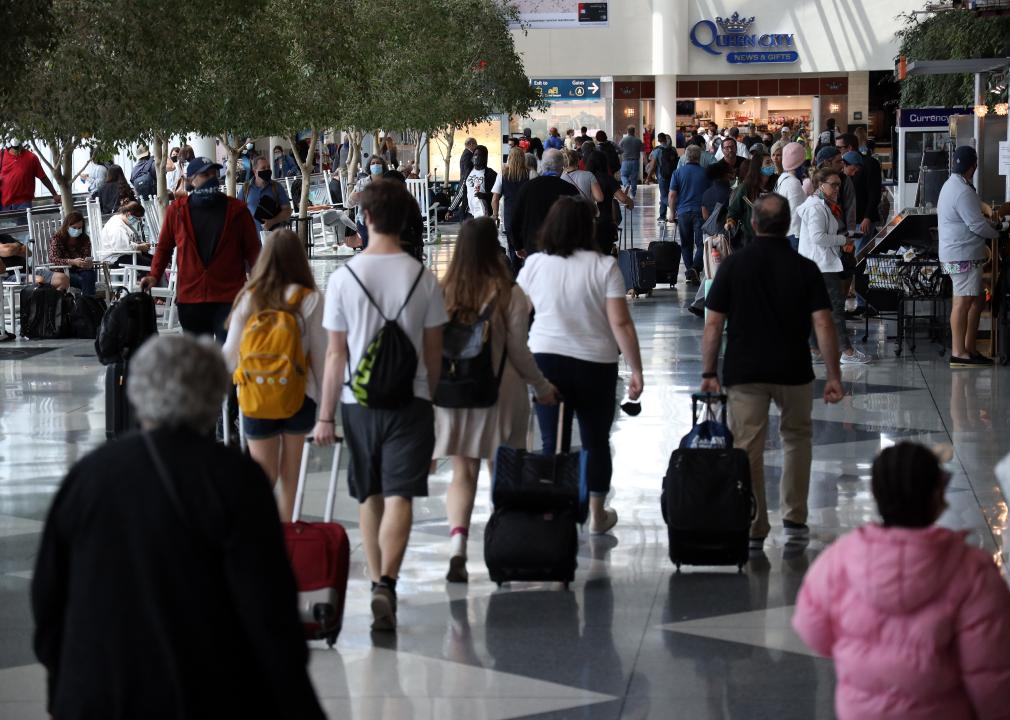 Charlotte Douglas International Airport (CLT) was recently named among the top 10 busiest airports in the world. It services more than 50 million passengers per year and flies out to 178 destinations worldwide. 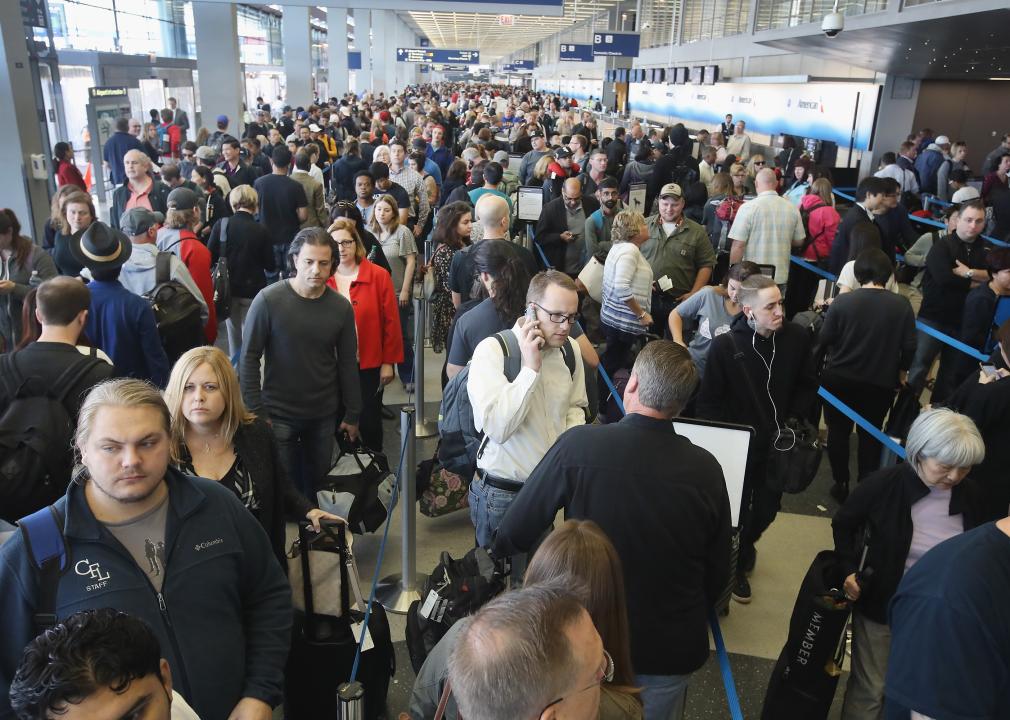 Chicago-O’Hare International Airport (ORD) has a very accessible environment, with public transportation and the CTA Blue Line station available within the airport. This allows easy access for all passengers in the airport.

You may also like: 25 of the world’s most expensive hotel rooms