What declining college enrollment means for the future of higher education 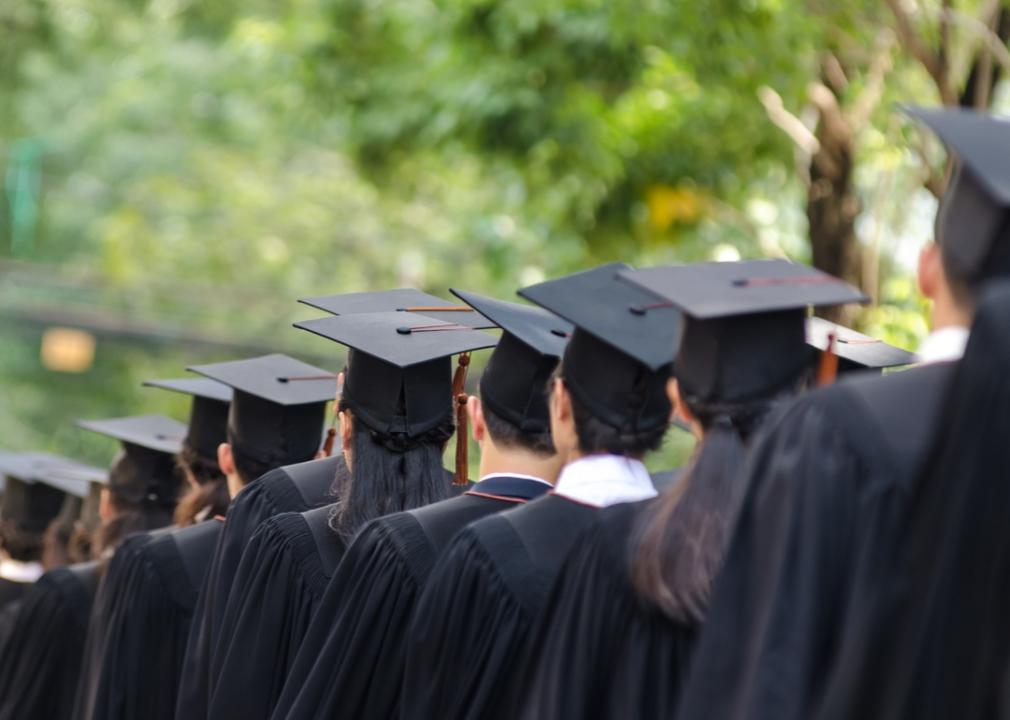 What declining college enrollment means for the future of higher education

Since the beginning of the COVID-19 pandemic, postsecondary school enrollment has declined by 938,000 students—that’s a 5% drop from fall 2019. From 2020 to 2021 alone, there were about 465,300 fewer undergraduate students who chose to attend college. Though it remains to be seen whether numbers will bounce back as campuses emerge from the pandemic, education experts have long been expecting a decline in postsecondary education.

Among the major reasons for the decline in college enrollment is the strength of the U.S. economy. For example, following the Great Recession in 2008, college enrollment increased at record rates as nontraditional and older students headed back to school in a weaker job market. Declining enrollment today is a regression to historically normal rates as many working-age adults are opting to stay in the job market rather than pursue higher education.

Since 2020, community colleges nationwide have experienced the greatest decreases in enrollment with a decline of 13.2%. Between 2020 and 2021, 4-year, public schools experienced a 3.8% decline, a greater decrease compared to other colleges.

Other contributing factors to a slowdown in enrollment include a smaller population of Americans aged 21 and younger, flatlining high school graduation rates, and increases in tuition, which have left some students unable or unwilling to pay. Many may feel that as long as they already hold or can find a job, why enroll in college? With college enrollment declining 11% since 2011, EDSmart looked at what this decrease means for higher education. 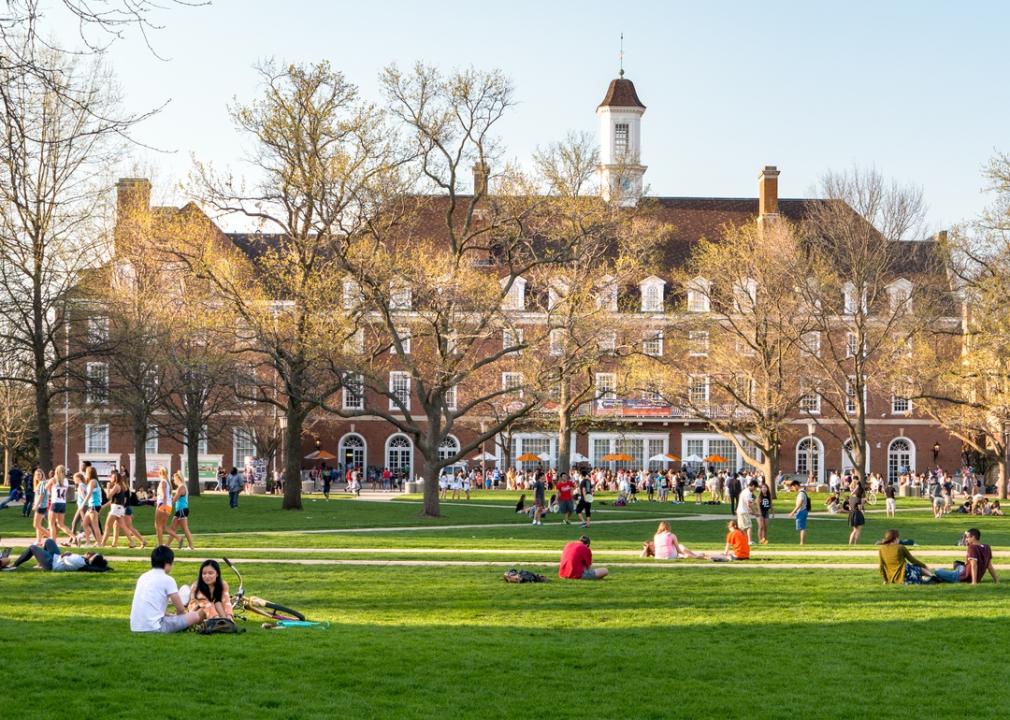 Consolidation can help state universities cut costs and operational overhead, especially given the declines in college enrollment during the pandemic.

In Connecticut, for example, a consolidation plan for the state’s 12 community colleges will be formalized in fall 2023 under a single entity: Connecticut State Community College. In New Hampshire, the Governor’s Executive Budget Summary for the fiscal year 2022-2023 proposes merging nearly a dozen systems of higher education into a single system. Last July, the Pennsylvania State System of Higher Education Board of Governors approved a plan that will reduce the number of universities from six to two in order to accommodate critical reductions in state aid and stabilize and sustain the 14-university system’s finances. The plan, approved in April 2022 by the NCAA, reflects the most significant reorganization of the Pennsylvania State System since it was established in 1983. 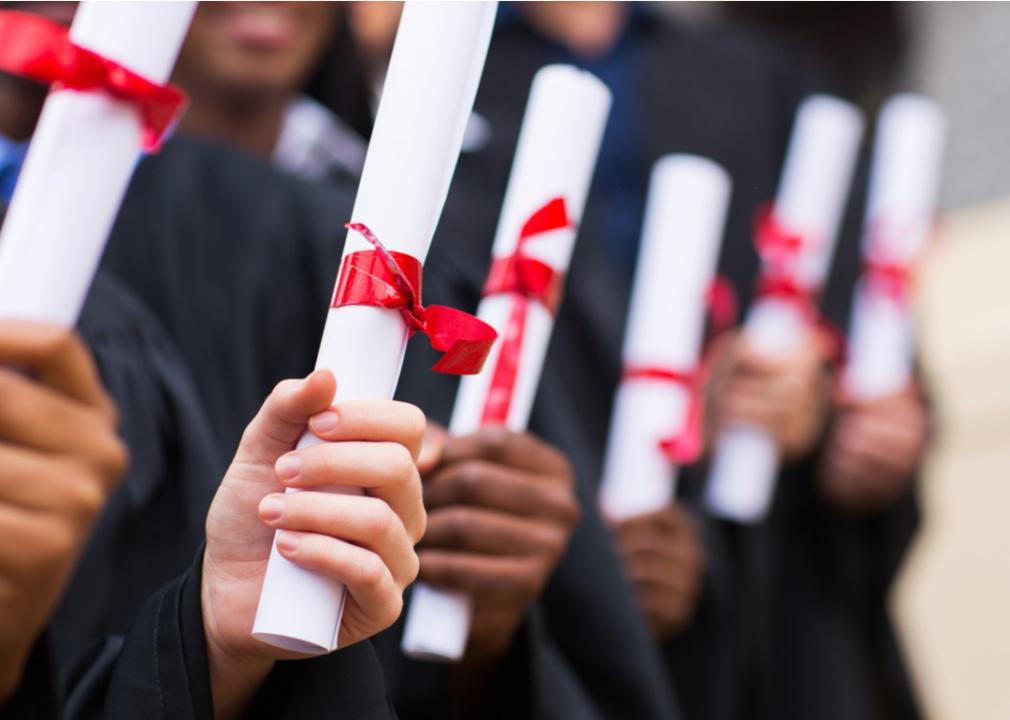 Decreases in college enrollment have forced institutions to explore creative recruitment options, such as more merit-based aid, to attract students. This also helps boost, or at least maintain, revenues and improve or preserve their financial health.

For highly sought-after students with strong academic records, less selective institutions can become more appealing to families who may be willing to swap the prestige of a big-name school for a better perceived value. Even when giving a tuition discount, schools benefit when they successfully recruit students who bolster the academic competitiveness of their student body. 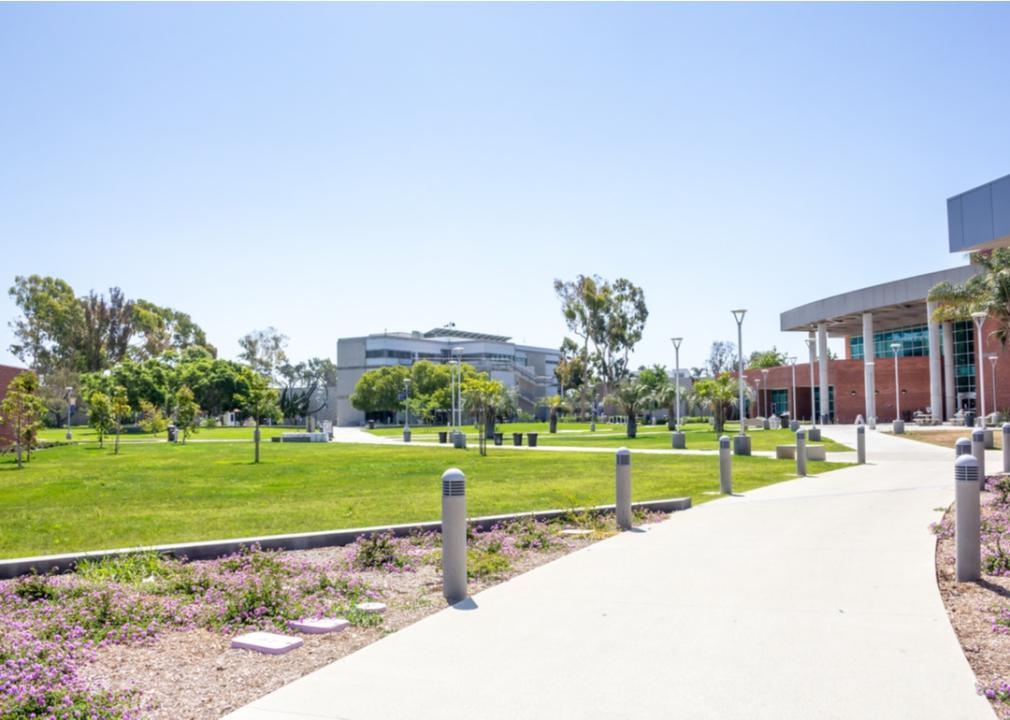 By 2037, high school graduation rates in the New England region may decrease 12.7%, according to the New England Board of Higher Education (NEBHE). Specifically, high school graduation rates for public and private schools will decrease by 11% and 23%, respectively, with the diversity of graduating student bodies reflecting projected demographic changes in the region. This includes a decline in students who identify as Alaska Native and American Indian (-35%) and white (-29%) and an increase in students who identify as Black (+7%), Asian and Pacific Islander (+18%), Hispanic (+54%), or from two or more races (+42%).

NEHBE projects that these shifts at the high school level will have long-term effects on college enrollment in New England and beyond, creating a ripple effect in local colleges as they need to act now to be inclusive and supportive of increasingly diverse student bodies. 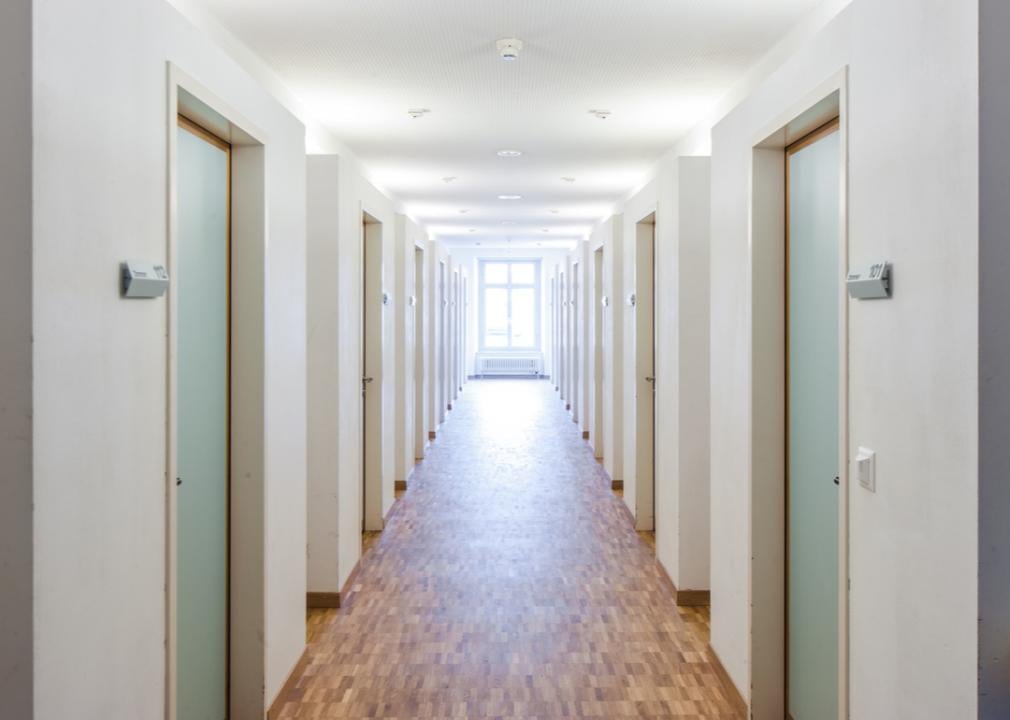 Historically, student housing availability hasn’t kept up with demand. Given a projected 1.1% increase in college enrollment from 2020-2031, the demand for student housing will increase from 8.5 million to 9.2 million beds over the same period, according to the National Multifamily Housing Council (NMHC).

In its Future of U.S. Student Housing Demand report, the NMHC states that affordable housing will remain a key issue because low-income families represent the fastest-growing student demographic group and government funds allocated to universities will decrease due to the economic recession. Geography will also play a role in affordable student housing, with 22% of children and adolescents ages 5-19 living in California and Texas. Graduate students at 4-year, private universities will need the most new beds (+96,000) compared to those at 2-year, public schools (+79,000). 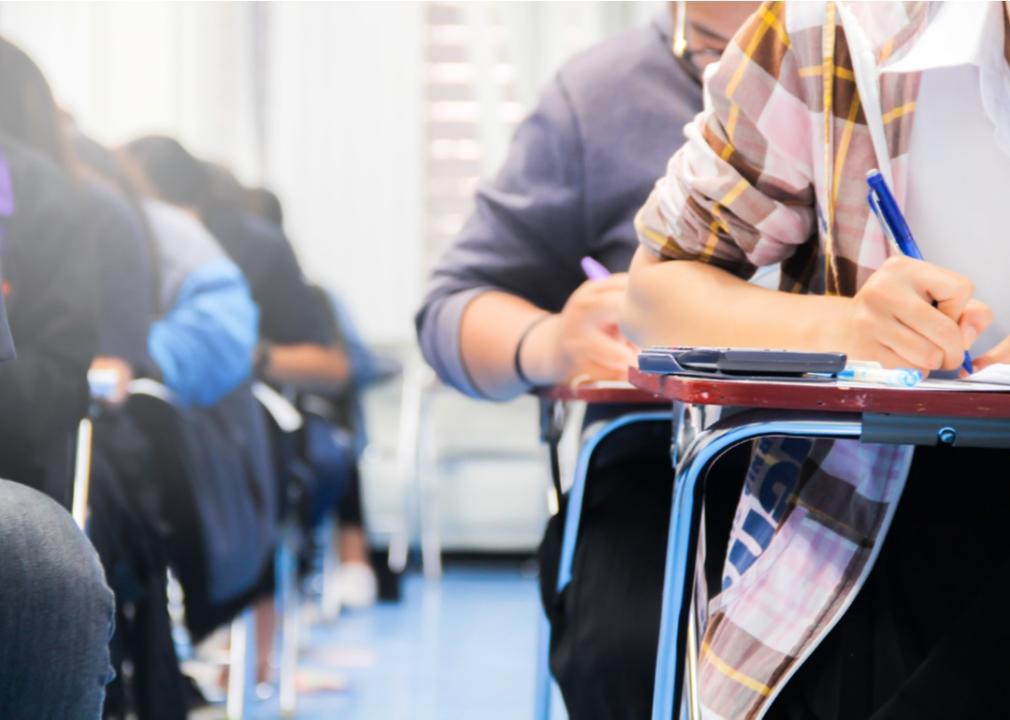 In 2016, Inside Higher Ed asked, “Do colleges need to be blind?” It was referring to the practice of need-blind admissions, which is when a school doesn’t take into account a student’s financial need or background when reviewing an application. This is in contrast to a need-aware policy, which factors in whether a student would need financial need to attend.

In the Inside Higher Ed story, data was compiled from a sampling of universities that removed need-blind policies. The data yielded mixed results about whether there was a lasting negative impact. While need-blind admissions seemed to attract more diverse, selective applicants, some need-aware institutions were able to still maintain a strong representation of low-income and diverse students on their campuses.

Among those is Macalester College in St. Paul, Minnesota. It changed its need-blind admission policy in 2006 to better control its financial aid budget so it could meet 100% of the financial need of the students accepted. Despite the cost of tuition increasing from $30,000 to over $50,000 since 2006, the college actually saw a reduction in the number of students who pay their tuition bills in full from roughly 33% to 20%. In 2012, Wesleyan University implemented a need-aware policy for students admitted for the fall 2013 term, admitting about 90% of students under this policy in the years that followed. 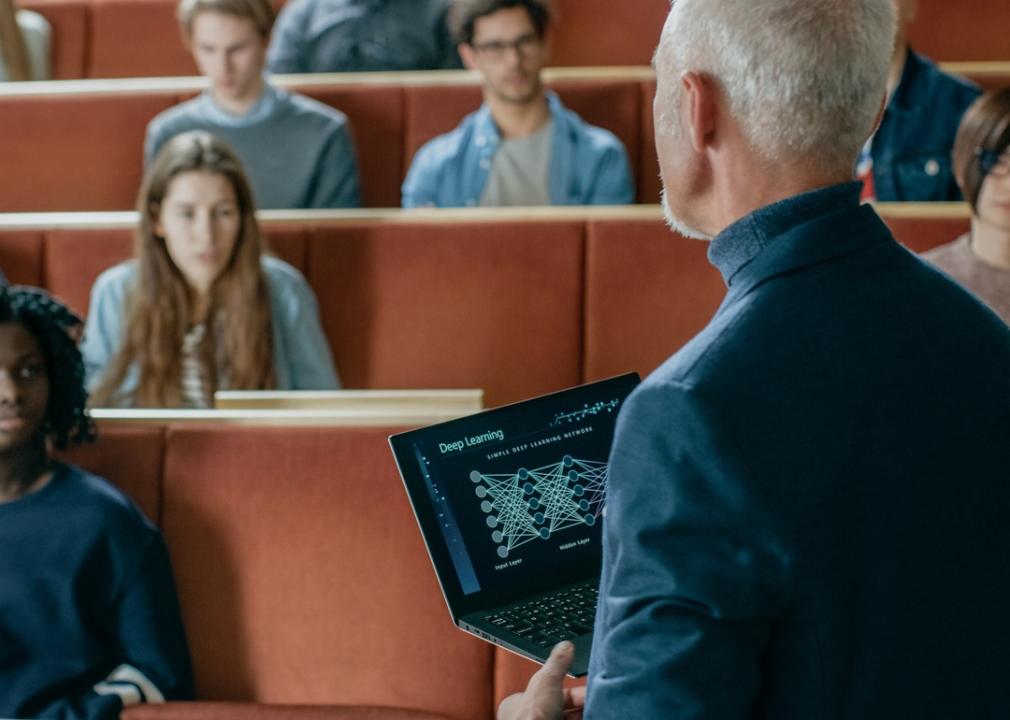 The pandemic and President Trump’s administrative policies, such as the China Initiative—ostensibly designed to offset espionage efforts in the economic and scientific fields—caused international enrollment rates to decrease 15% for the 2020-2021 school year, according to the Institute of International Education (IIE) and the U.S. Department of State Bureau of Educational and Cultural Affairs. This was the most significant one-year decline since the late 1940s when the IIE first began collecting these figures.

The declines were steepest within intensive English language programs (-60.8%). And although 33.3% of international college students in the U.S. are from China, enrollment among the cohort fell 14.8%. However, the IIE has some good news: Fall 2021 saw a 68% increase in the number of international students in attendance across 860 colleges.

Additionally, elite, high-ranking universities are expected to remain relatively unaffected, although some less selective and liberal arts colleges may experience some revenue-busting declines in enrollments for international students. 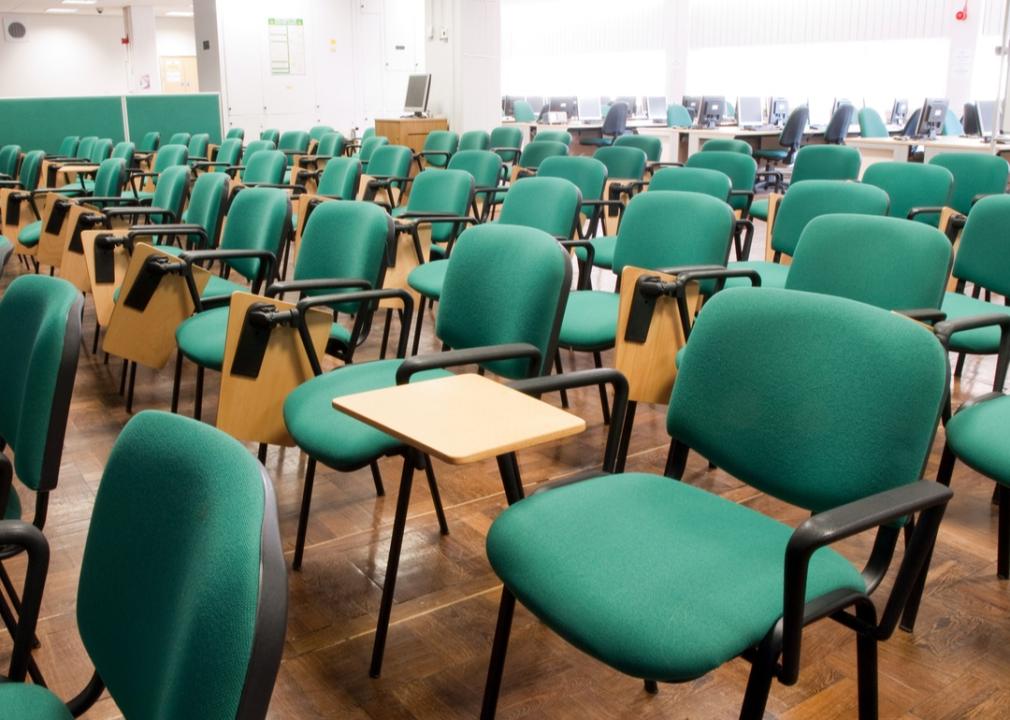 On April 12, 2019, the University of Tulsa planned to disband 84 degree programs in low demand. According to Inside Higher Ed, when colleges and universities decide to eliminate departments and programs, the liberal arts are often the first to go through a process known as academic prioritization.

At McKendree University in Lebanon, Illinois, majors at risk include those in international relations, Spanish, and theater, while at Allegheny College in Meadville, Pennsylvania, four academic programs including film and religious studies will be closed. At the University of Missouri System, academic programs that are deemed nonessential to its core mission are also being evaluated. At the Rolla campus at the Missouri University of Science and Technology, a member of the UM System, humanities programs have had the school’s lowest enrollment rates in recent years, which may put them at risk.

This story originally appeared on EDSmart
and was produced and distributed in partnership with Stacker Studio.