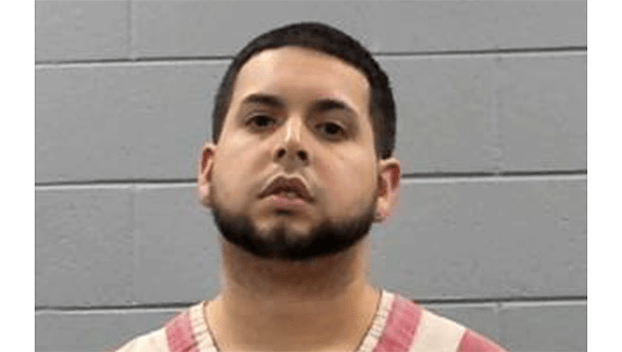 Officials say they found a gun that was illegally converted to fully automatic, high capacity magazines for the weapon and ski masks in the car of a Florida man who led officers on a chase Monday morning.

Christian J. Aponte, 26, of Saint Cloud, Florida, has been charged with felony fleeing and possession of a firearm by a convicted felon. He is currently being held in the Rankin County Jail.

Rankin County deputy attempted to make a traffic stop on a blue Nissan Passenger with a Florida tag for a traffic violation on Highway 49 south of Star.

Once the deputy activated his emergency lights, Aponte reportedly attempted to flee. Officers from the Florence Police Department successfully deployed ‘stop sticks,’ which deflated the tires on Aponte’s vehicle.

Aponte reportedly lost control of the vehicle and drove into a construction area where the vehicle stopped near the intersection of Highway 49 and Highway 469.