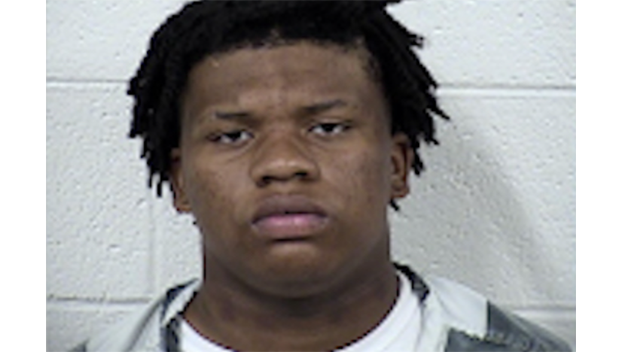 A suspect wanted for questioning in the shooting on Lomax Street near the end of the Jameson Rodgers concert at Springfest 2022 turned himself in to authorities at the Batesville Police Department Tuesday afternoon.

D’vontae D’Sean Journey, 18, of Grenada, was wanted in connection with the shooting Saturday night, May 21, that sent thousands of festival attendees scrambling for cover. Investigators do not believe Journey was shooting randomly into the crowd, rather he was targeting a specific person, or persons.

Because of the proximity to the festival – about 150 yards from the main stage, the shooting was widely reported on social media and covered by various news outlets. Journey allegedly was one of the people responsible for the eight shots that were fired at 9:42 p.m.

Dozens of officers on the Square for the music festival responded within a minute. A juvenile victim, the only person receiving an injury according to police, was able to give them names and a vehicle description. Two people were initially detained but have not been charged.

The injured juvenile is recovering in The Med at Memphis.

Pittman said Journey surrendered at the station around noon.

Pittman said others may be charged in the case as the investigation progresses.

Journey is expected to appear in Batesville Municipal Court before Judge Jay Westfaul in the Public Square courtroom at 8 a.m. Wednesday.