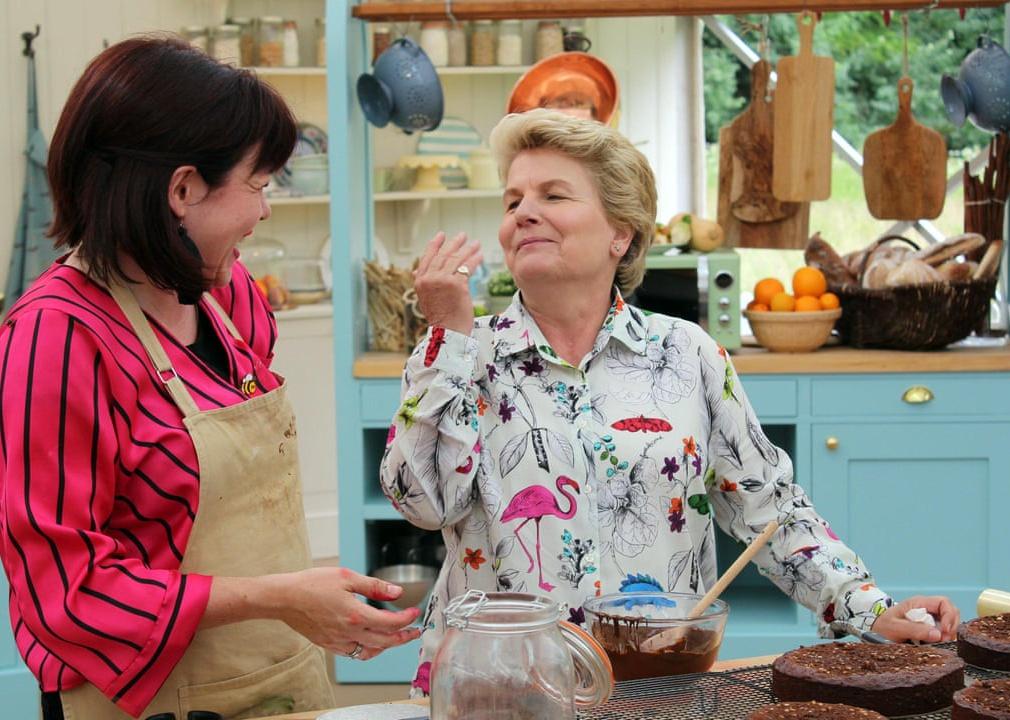 Before Emeril Lagasse, Gordon Ramsay, Martha Stewart, and Nigella Lawson made their names as television food stars, there was Betty Crocker.

The history of cooking and food shows began in 1924 began with the composite character created by consumer food producer General Mills. “The Betty Crocker Cooking School of the Air,” a radio show, first aired on WCCO, in Minneapolis, later expanding to ABC, CBS, and NBC until its nearly 30-year run ended in 1951. The first standalone television cooking show to air in the United States was “I Love to Eat” featuring James Beard, which ran from August 1946 to May 1947 on NBC affiliate WNBT in New York.

In the years since, other celebrity chefs and shows have included “Joyce Chen Cooks,” which debuted on the Public Broadcasting System in 1968; Graham Kerr’s “The Galloping Gourmet,” which followed a year later, also on PBS; and Lena Richard, acknowledged as the first African American host of a television cooking show in the U.S., appeared on WDSU in New Orleans from October 1949 to November 1950.

While most mainstream food shows do not focus exclusively on vegan cooking, individual episodes focusing on dairy-free, meatless recipes and the restaurants that offer them on their menus can nonetheless be found on popular culinary shows. Foodies can now follow social media accounts of their favorite vegan culinary artists, such as Chloe Coscarelli, a Food Network Cupcake Wars winner, and Matthew Kenney, who owns a culinary school along with 40 restaurants.

As veganism gains in popularity, both for its health benefits and generally reduced environmental impact, the public’s appetite for animal-free food options is only getting stronger. Thistle compiled a list of food shows with episodes highlighting vegan recipes and restaurants. 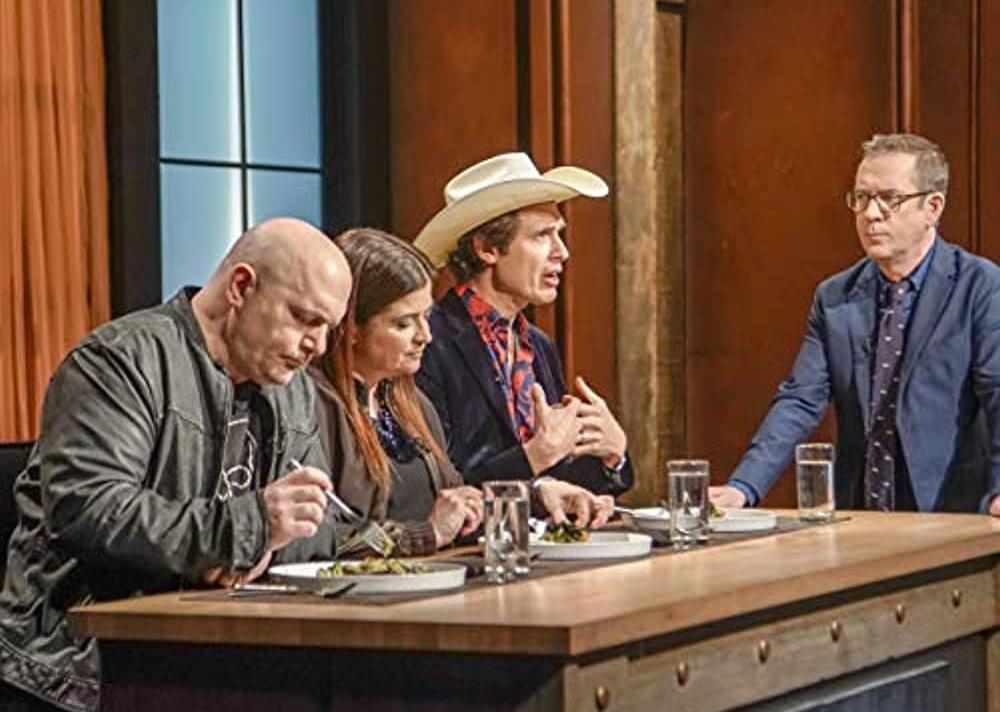 Chopped: No Meat? No Problem!

On “Chopped,” which debuted on the Food Network in 2009, a quartet of chefs are given a basket of fixings and challenged to transform them into a three-course meal (appetizer, entrée, and dessert).

For the appetizer round in “No Meat? No Problem!” (season 44, episode three), which aired on Nov. 5, 2019, the chefs were provided with basil, buffalo cauliflower, meatless patties, and portobello mushrooms. Ingredients for the entrée round included beet liqueur, eggplant, kale chips, and spinach lasagna.

Key to the episode was a discussion of Meatless Mondays, a worldwide effort with the goal of improving not only our own but also the planet’s health by focusing on more meatless, plant-based meals. 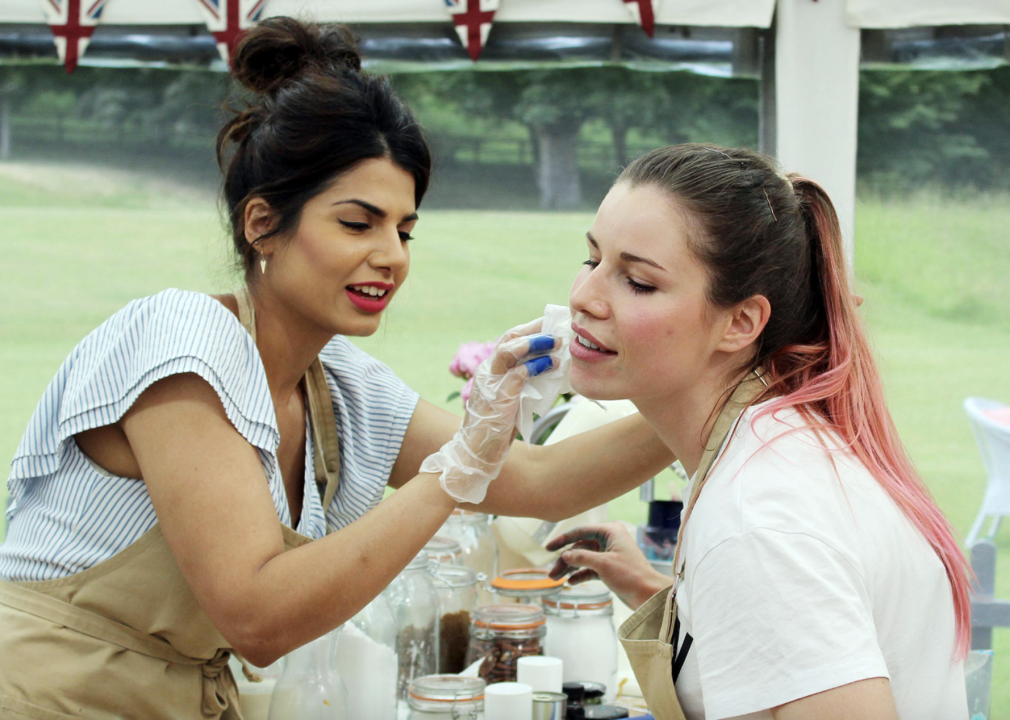 “The Great British Baking Show,” which premiered first as “The Great British Bake-Off” on BBC and later appeared on PBS under its current name, gives amateur bakers a chance to compete with each other in a series of three challenges: 1) a signature recipe; for example, a repertoire staple they may prepare for family and friends; 2) a technical product with few or limited directions; and 3) a showstopper, designed to dazzle in terms of its professional appearance and taste.

On the ninth season’s seventh episode, which aired on Oct. 9, 2018, the six featured bakers were challenged to make a completely dairy-free vegan tartlet (signature recipe), a meringue-free pavlova with tropical fruit (technical product), and a celebratory cake (showstopper). Dairy-free alternative crusts included those made with avocado oil, coconut, or vegetable shortening. Ingredients considered unique to viewers included aquafaba, or chickpea water, and Indian black salt sulfur as a substitute for eggs. 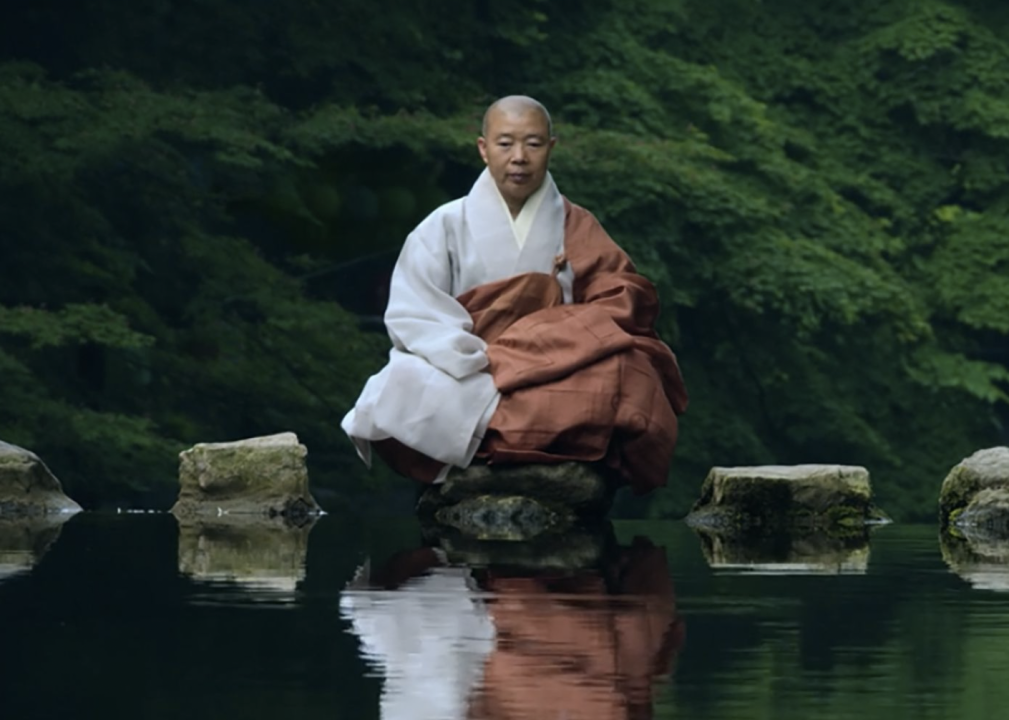 “Chef’s Table,” which debuted on Netflix in 2015, introduces viewers to culinary artists from around the world, with an emphasis on their unique kitchen and personal philosophies. Jeong Kwan, featured on the first episode of the third season in 2017, is a Buddhist nun who lives in the Baekyangsa Temple in South Korea.

Essential ingredients in Jeong’s kitchen include soy sauce, which can be aged anywhere from five years to as long as 100, making it an eternal, heirloom substance passed from one generation of chefs to another. According to Jeong, “Secular food is focused on creating dynamic energy. But temple food keeps a person’s mind calm and static.” As such, she avoids cooking with high-energy, plant-based foods like chives, garlic, leeks, onions, and scallions, in order to maintain a spiritual balance. 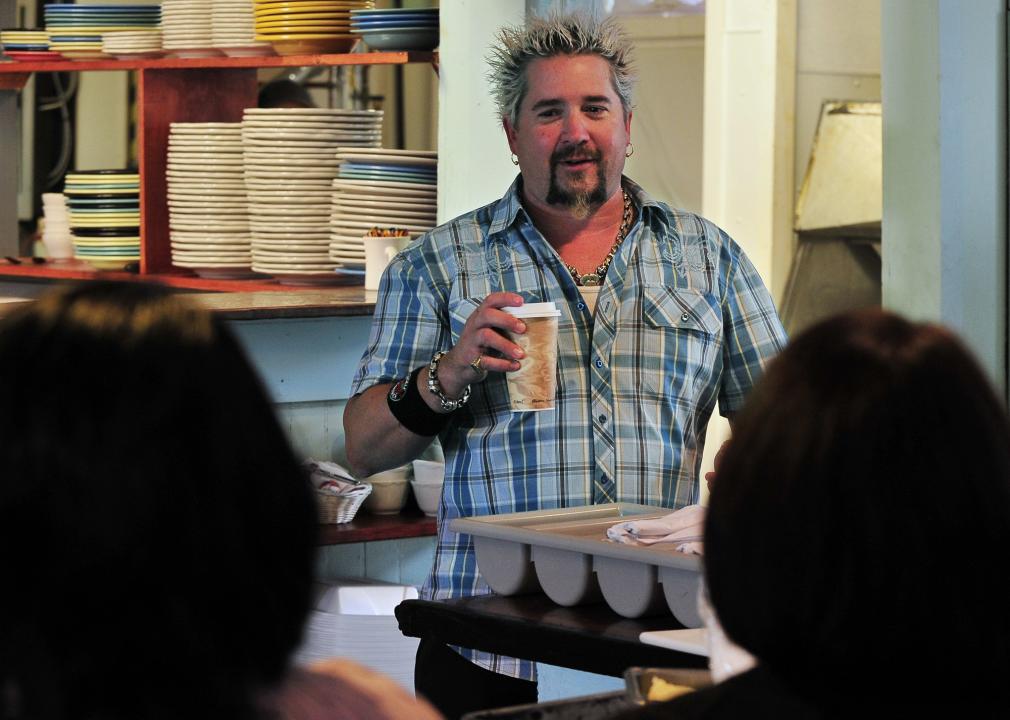 Also on the Food Network as of 2006 is “Diners, Drive-ins and Dives,” in which viewers accompany chef Guy Fieri as he travels across North America in search of independently owned, inexpensive restaurants specializing in comfort foods and nostalgia menus.

The show’s first vegan establishment, the Cornbread Cafe, in Eugene, Oregon, was one of three restaurants featured in “Old School Joints” (season 21, episode seven), originally airing on Oct. 31, 2014. Signature dishes included a frozen peanut butter pie and a tofu sandwich. Other “sammiches” found at the Cornbread Cafe include those made from oats and seitan, a wheat-based vegan protein. 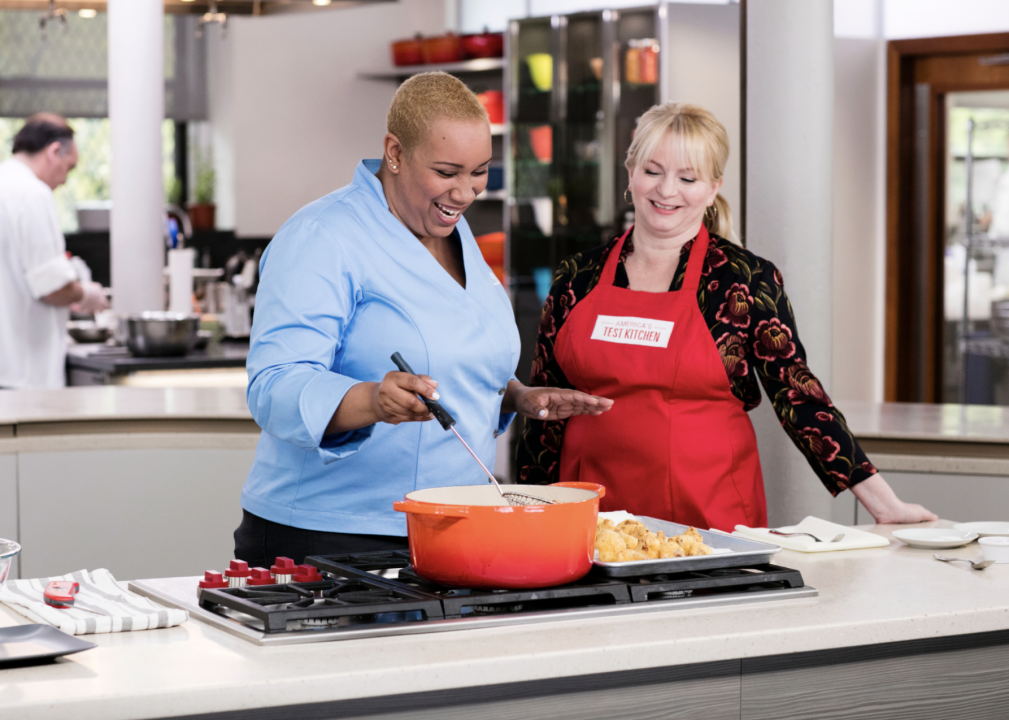 America’s Test Kitchen: Vegan for Everyone

On “Vegan for Everyone,” cast member Rebecca Hays showed viewers how to make buffalo cauliflower bites, an excellent substitute for chicken wings; dairy-free mayonnaise; and pinto bean-beet burgers. Key to the creamy consistency and flavor of the vegan mayonnaise was the use of pea protein, due to its ability to combine well with other ingredients and its solubility.

Unique to the high-protein bean-beet burgers was the binder—pureed carrots, available as baby food—used to combine the other ingredients, including basil, bulgur, bread crumbs, garlic, and mustard. This season 18 episode aired on Feb. 17, 2018. 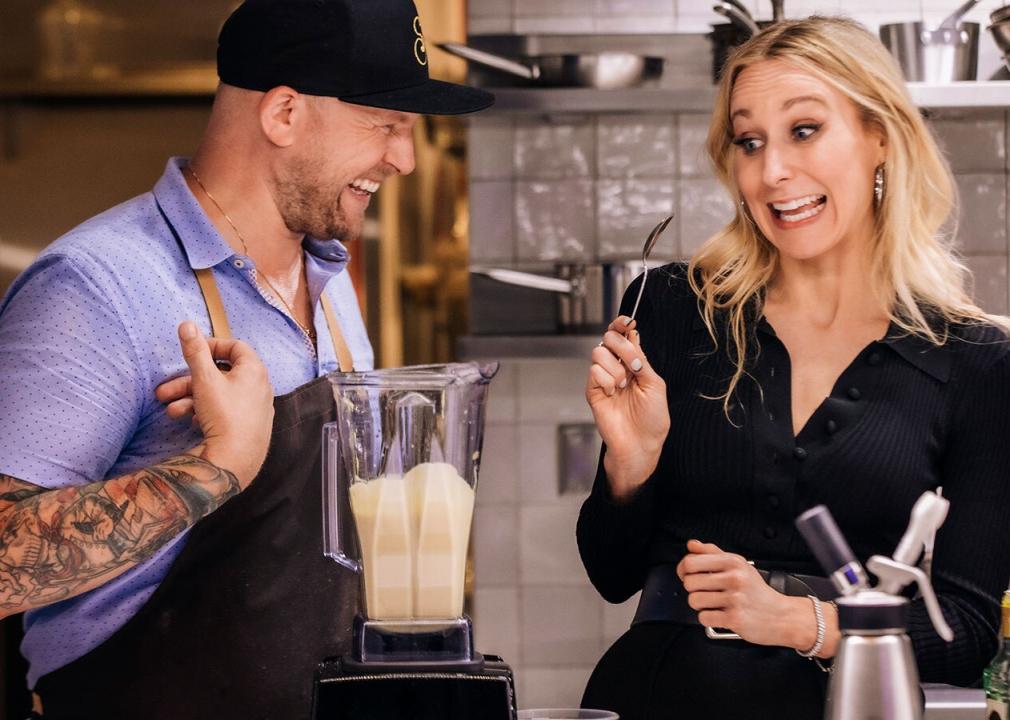 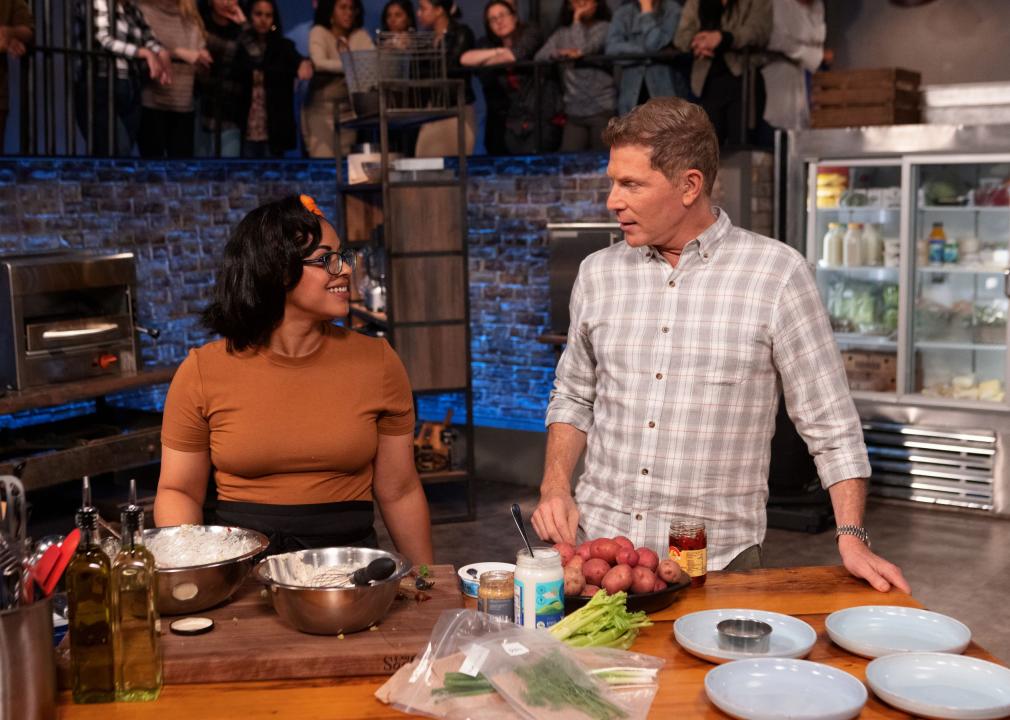 Tamearra Dyson and Adyre Mason, executive chefs and owners of Souley Vegan and The Veggie, respectively, are two Black female chefs specializing in dairy-free, meat-free recipes who appeared on episode three of the 30th season of “Beat Bobby Flay.”

This installment, which aired in January 2022 on the Food Network, was a historic episode in that Dyson emerged as the first vegan chef to ace the culinary competition, wowing the judges with her plant-based burger. Patty ingredients included cremini mushrooms and spiced tomatoes, which she topped with pickles and a slice of handcrafted vegan cheddar cheese. By comparison, Bobby Flay based his burger alternative on chickpeas, which have a tendency to fall apart during the preparation process. 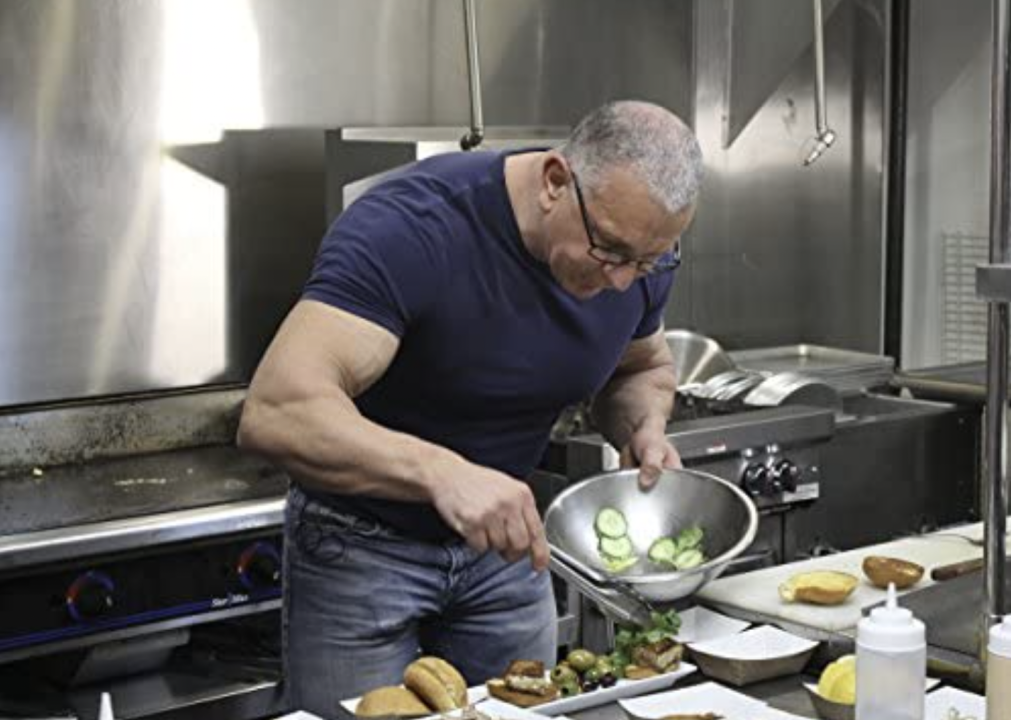 Possibly the most dramatic foodie show on the Food Network is “Restaurant Impossible,” where celebrity chef Robert Irvine helps restaurants at risk of closing with their menu, restaurant décor, and staff issues.

In episode 14 of the show’s 17th season, Irvine took on Café No Fur in Las Vegas. The vegan-focused episode featured the chef’s recipe for chili cheese fries. The chili, which takes less than 45 minutes to make, consists of carrots, celery, garlic, and onion sautéed in grapeseed oil and then simmered with black beans and diced tomatoes in vegetable stock. Ingredients for the dairy-free cheese sauce include soy milk and shredded vegan cheese seasoned with cayenne pepper, Kosher salt, pepper, and smoked paprika. 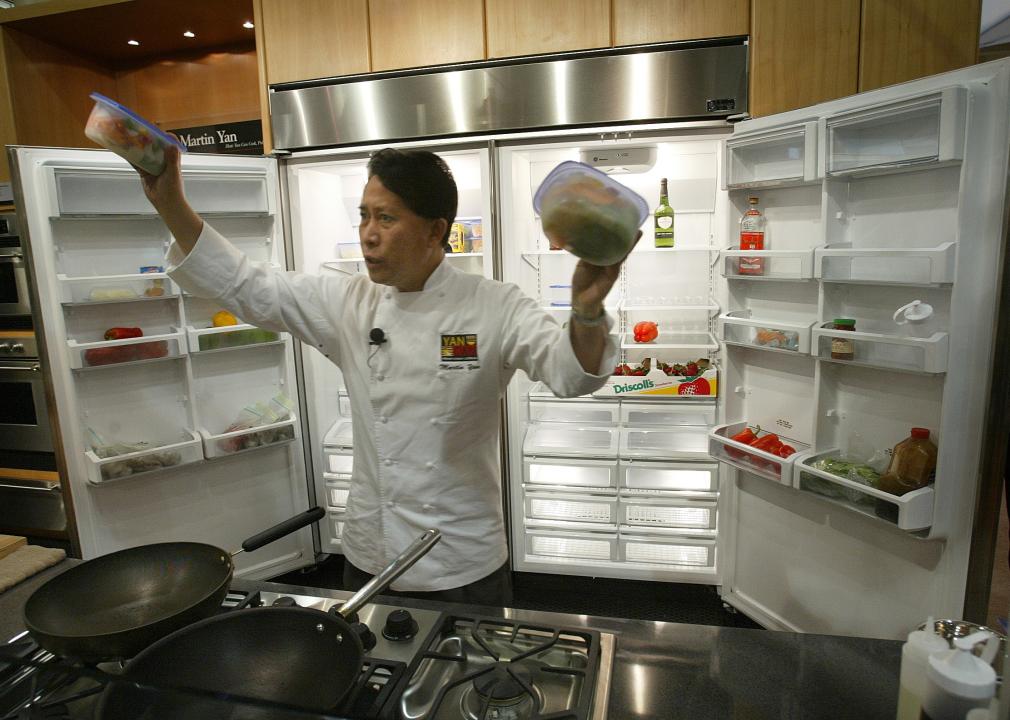 On this episode of “Yan Can Cook” from May 2021, Chef Martin Yan showed viewers how to make a cucumber tomato salad, spinach with a sesame dressing, and a vegetable stew. Similar to a French ratatouille, the main ingredients for the latter included black, or shiitake, mushrooms, Chinese eggplant, and zucchini.

When chopping vegetables for the stew, the key, Yan said, is to aim for same-sized pieces, which promote a uniform cooking time. Chef Yan’s website also includes vegetarian recipes like steamed pumpkin with fermented rice. 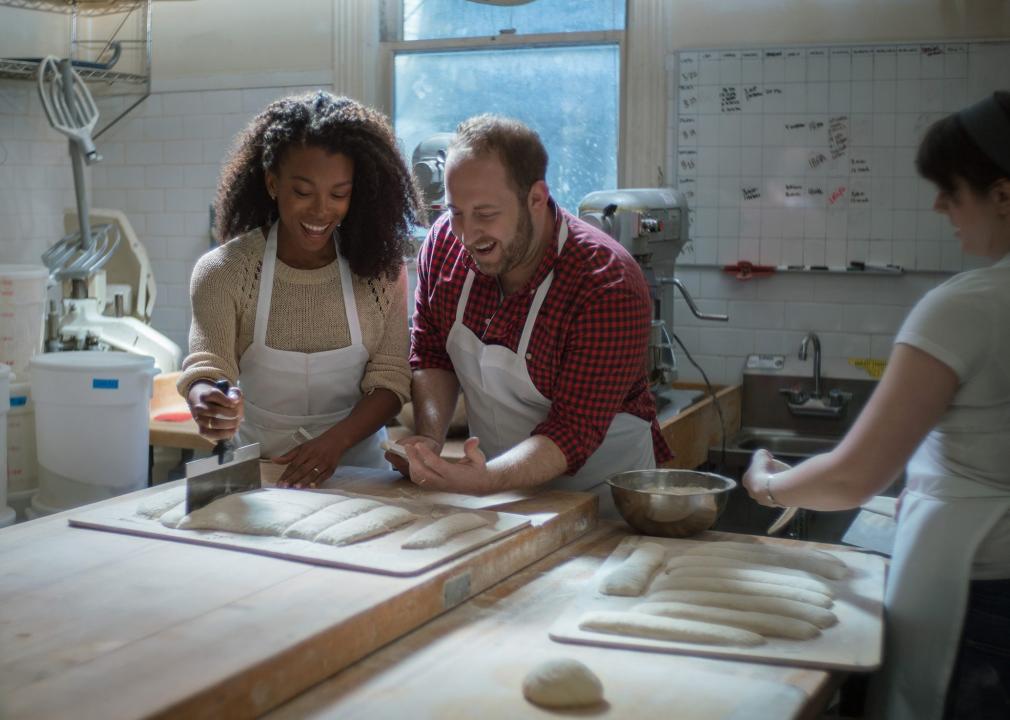 Though it only aired for two seasons, “Scraps” showed viewers how to prepare yummy meals using those things they’d typically throw away during the cooking process, like banana peels and carrot stems.

In “Parts Uneaten,” (season one, episode three), which aired on June 4, 2017, the host, Joel Gamoran teamed up with fellow culinary artist and vegan Jenné Claiborne in Hudson Valley, New York, to see what they can make from local food waste like bruised apples, carrot tops, kale stems, and stale bread. Together the chefs showed viewers how to make grilled root vegetables with a carrot stem sauce, Caesar salad with croutons made from chopped kale stems, and to top off the meal, a caramel apple skillet cake.

Most popular TV hosts of all time