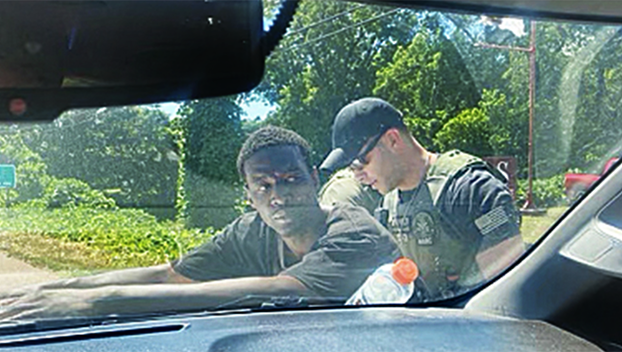 A man was arrested Thursday after he walked into a Mississippi auto dealership, discharged a firearm and then took off running in the area of a neighboring high school, forcing officials to put the school on lockdown.

Natchez Police asked that Natchez High School be placed on lockdown Thursday afternoon after Devonte Perry allegedly walked into the GMC dealership on D’Evereux Drive and discharged a firearm.

After firing the weapon, Perry took off running and eluded police for a little more than half an hour Thursday.

Adams County Sheriff’s deputies joined Natchez Police in the search and set up a perimeter around area and were able to capture Perry.

Natchez High School was put on lockdown at about 2:40 p.m. Thursday, but school officials said the move was simply a precaution and students were not in danger.

“As a precaution, the school was placed on lockdown because of a potential situation in close proximity to the school,” Daughtry said.

“I respected the police lieutenant’s decision to place the school on lockdown as an added layer of precaution. When it comes to the safety of our students, that always comes first,” he said.

Perry was later arrested and put into custody by 3:35 p.m., though no other information is yet available about him or the incident at the auto dealership.

Daughtry said his officers had to turn away some unhappy parents who were concerned about their children’s safety at the school.

“I want them to understand that we have to make certain their kids are safe before we let them go,” Daughtry said.