Richest producers in the world 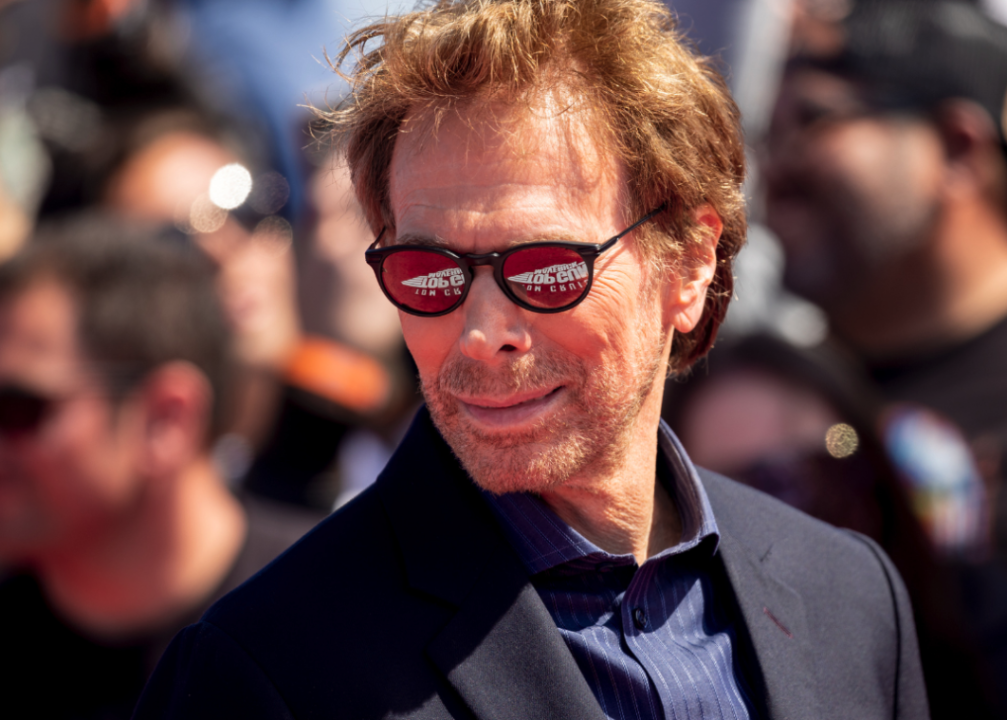 Richest producers in the world

A film and television producer wears many hats. They find and launch projects; finance the whole endeavor; hire writers, directors, and other members of the creative team; and generally ensure all elements of the pre-production, production, and post-production run smoothly.

Perhaps it comes as no surprise then that many of the world’s most successful producers are those who also work in leadership capacities in other fields. Many are business owners and entrepreneurs who have parlayed their decades of experience into hosting events or TV shows of their own. Others are also owners of sports teams, while others find success in artistic pursuits like composing. Being a producer means being able to get multiple ventures off the ground and keep them running.

Using data on wealth from Celebrity Net Worth, Giggster ranked the 25 richest movie and TV producers in the world. To qualify, the producer had to have a history of producing or executive producing movies and/or television shows, regardless of whether it’s what they are primarily known for. Click through for a look at the richest producers in the world, and learn more about their many activities in producing and beyond. 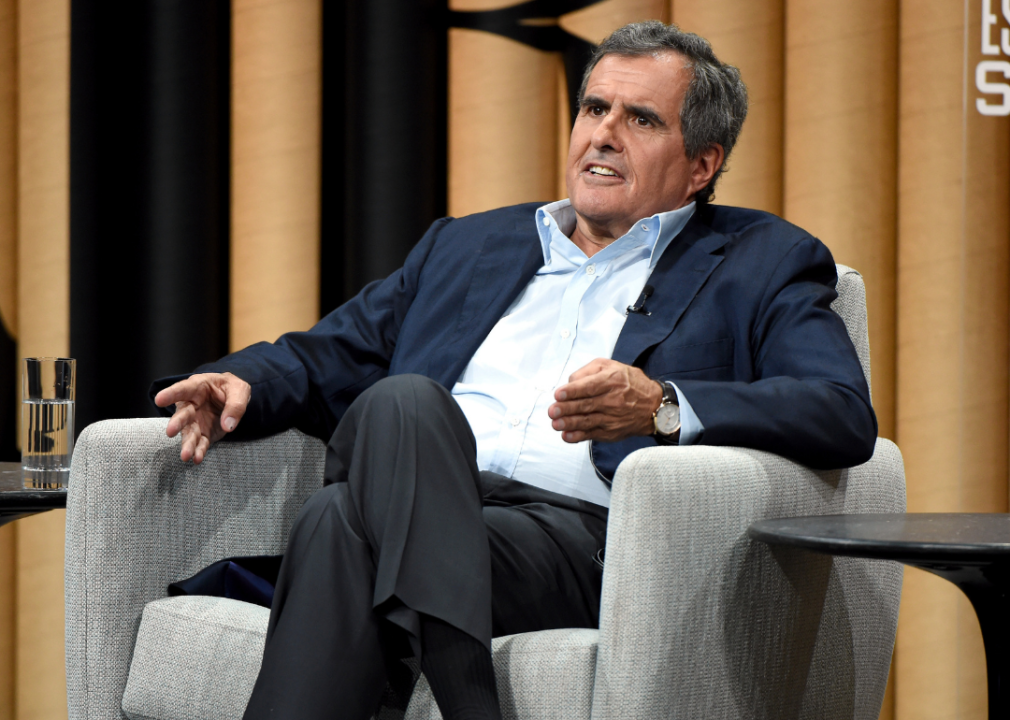 Peter Chernin may be a producer, but he’s also a famous businessman. As the founder and CEO of the Chernin Group, Chernin invests in businesses in the media, technology, and entertainment sectors. His production credits include marquee films like “Ford vs. Ferrari” and “The Greatest Showman.” He also inked a production deal with Netflix in 2020. 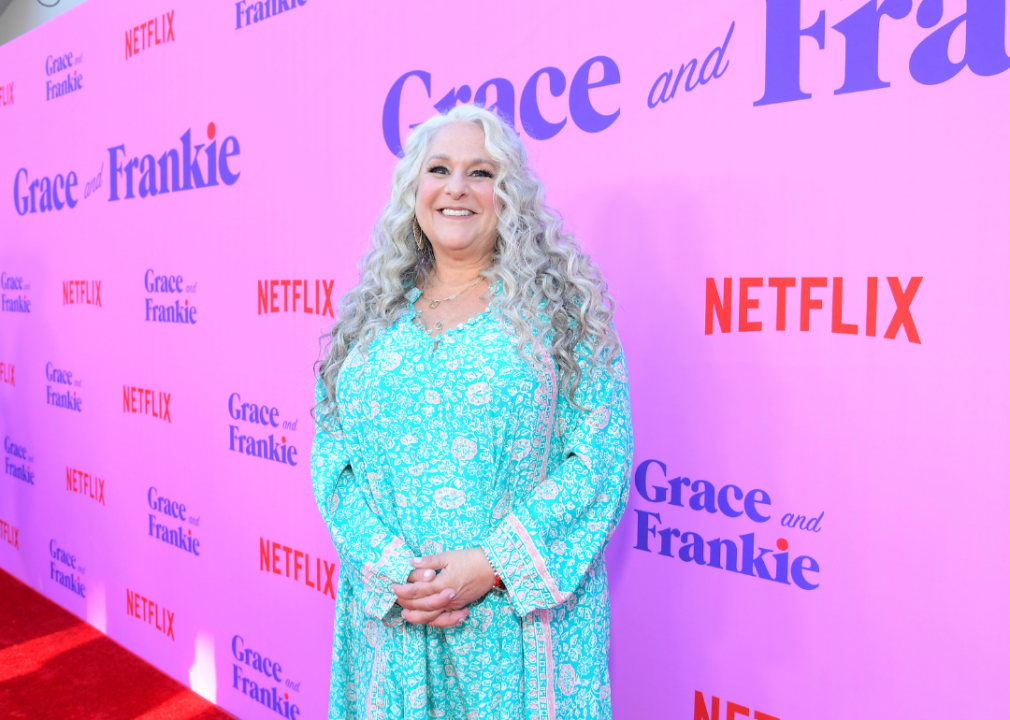 Marta Kauffman is an Emmy-winning producer and a screenwriter. Her biggest hit? The beloved NBC sitcom “Friends,” which Kauffman co-created with her friend David Crane. She also co-created, produced, and writes for “Grace and Frankie,” the Netflix comedy series starring Jane Fonda and Lily Tomlin. 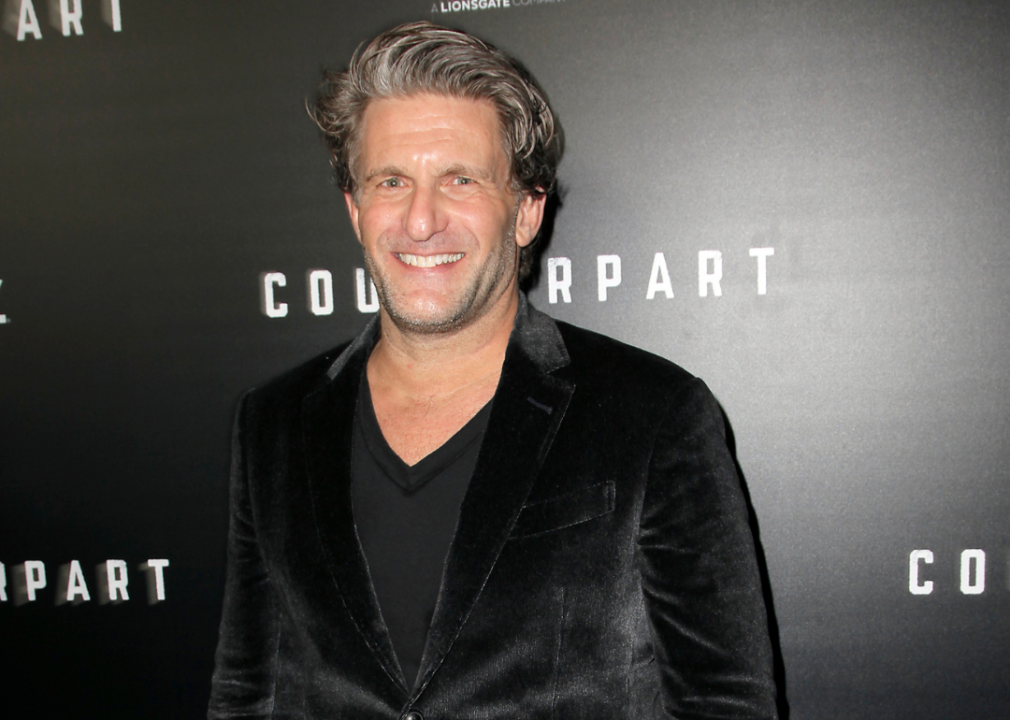 Gary Gilbert may be a producer on the likes of “La La Land” and “The Kids are All Right,” but he has his hands full with several other business interests as well. Gilbert is also the founder of Rocket Mortgage and a co-owner of the Cleveland Cavaliers. 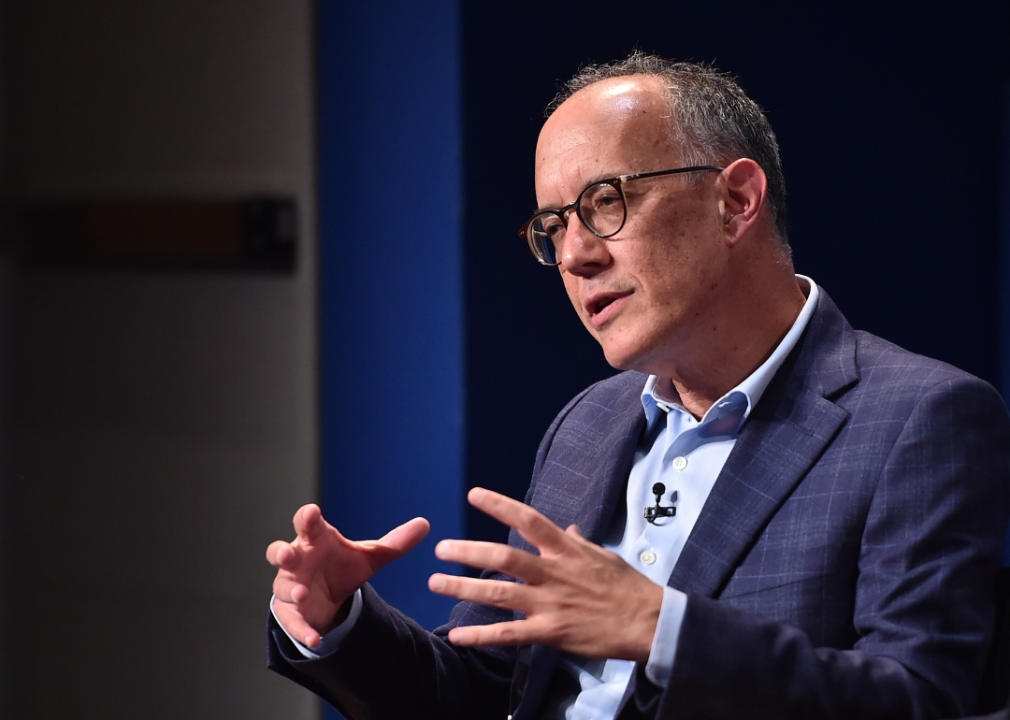 Along with Marta Kauffman, David Crane was responsible for co-producing and creating “Friends.” He also co-wrote several episodes of the show and later went on to bring “Friends” star Matt LeBlanc to a new series called “Episodes.” 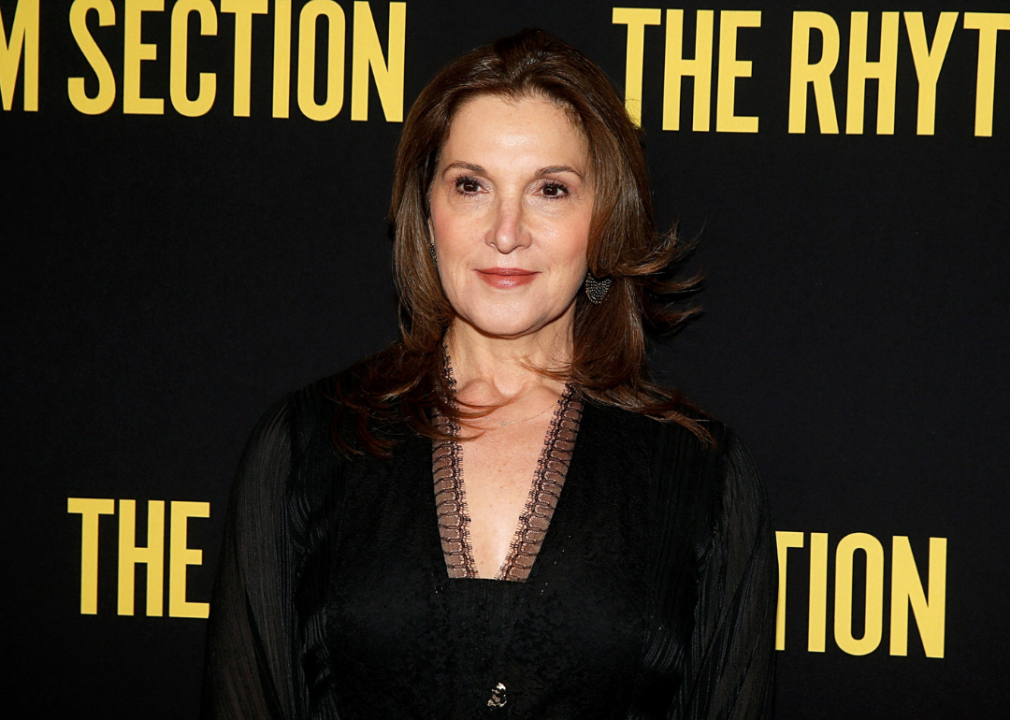 Barbara Broccoli is best known as the producer and custodian of the James Bond franchise. Her family has maintained control over each film in the Bond series since the 1960s—a responsibility Broccoli has said she takes seriously. 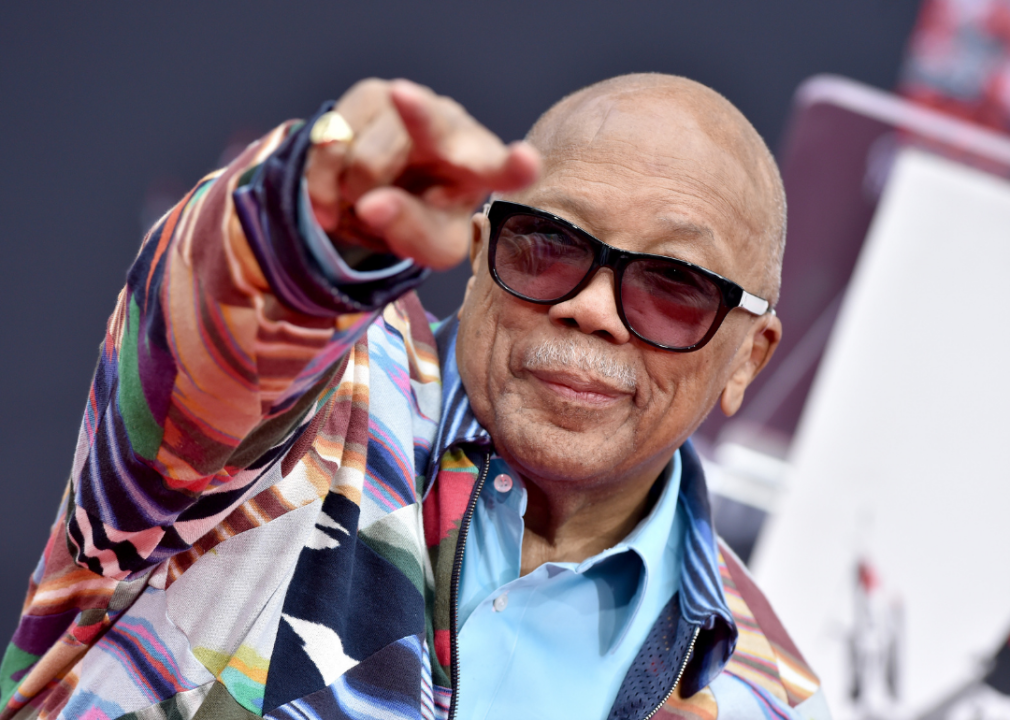 Quincy Jones is a jack of many trades. In addition to his work as a producer on films such as “The Color Purple,” he is also an accomplished musician, composer, and record producer. He is also one of the most-nominated artists of all time at the Grammys, racking up 80 nominations and 28 wins. 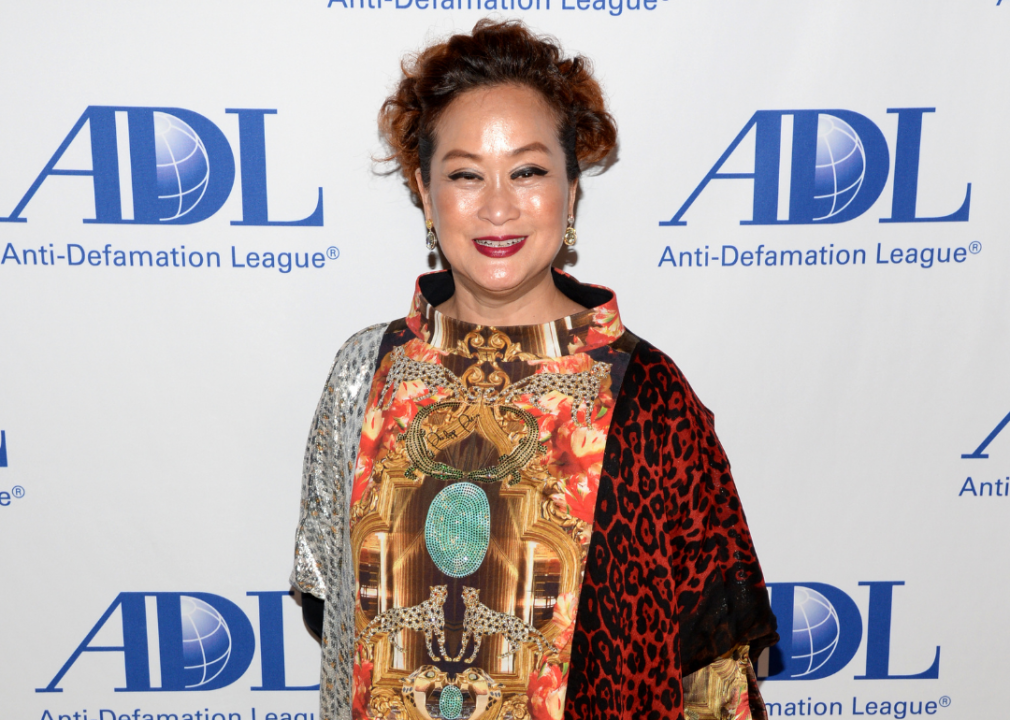 South Korea’s Miky Lee is the vice chairwoman of the CJ Group, overseeing the company’s media and entertainment portfolio. She has been called the most important businesswoman in South Korean entertainment and has had a hand in everything from the country’s first multiplex cinema to the Oscar-winning film “Parasite.” 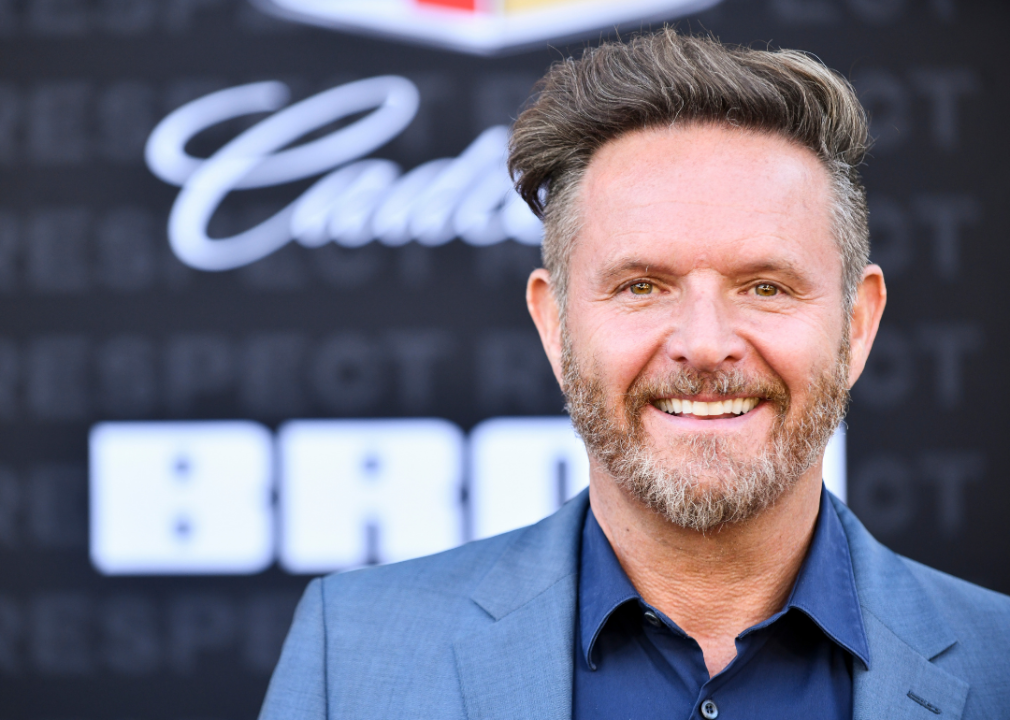 Mark Burnett made his mark as a producer working in the reality TV space. His greatest hits as a creator and producer include “The Apprentice,” “Shark Tank,” “Survivor,” and “The Voice.” He is also currently the chairman of MGM Television. 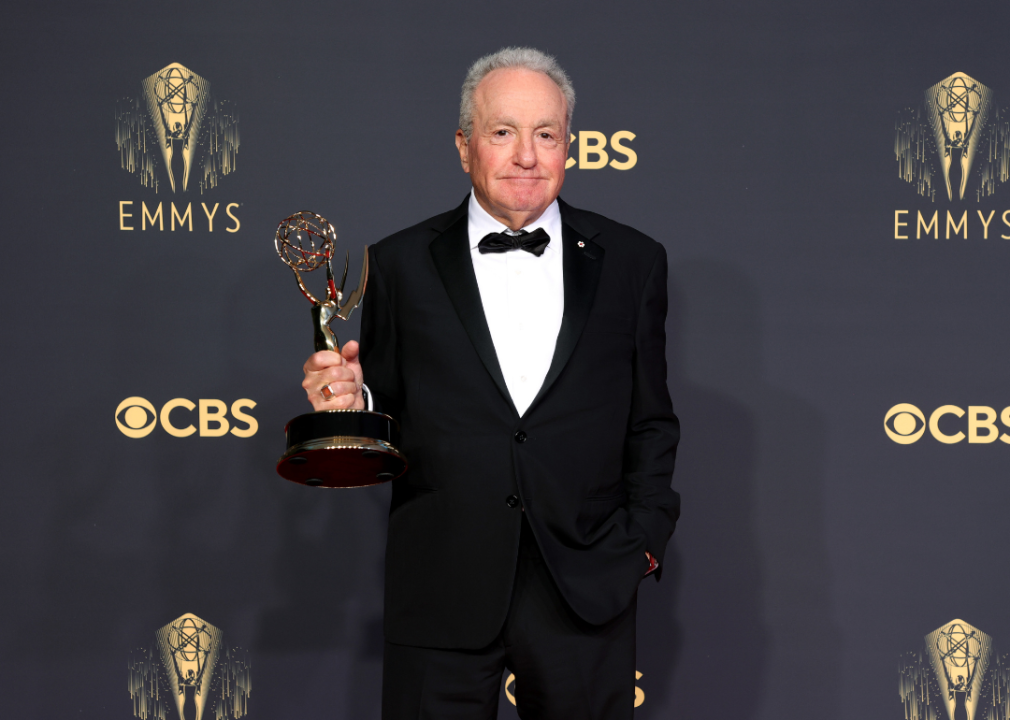 Lorne Michaels is the mastermind behind “Saturday Night Live.” Given the comedic nature of the show, it should come as no surprise that Michaels is also a comedian and screenwriter. He has also received more Emmy nominations than anyone else in history. 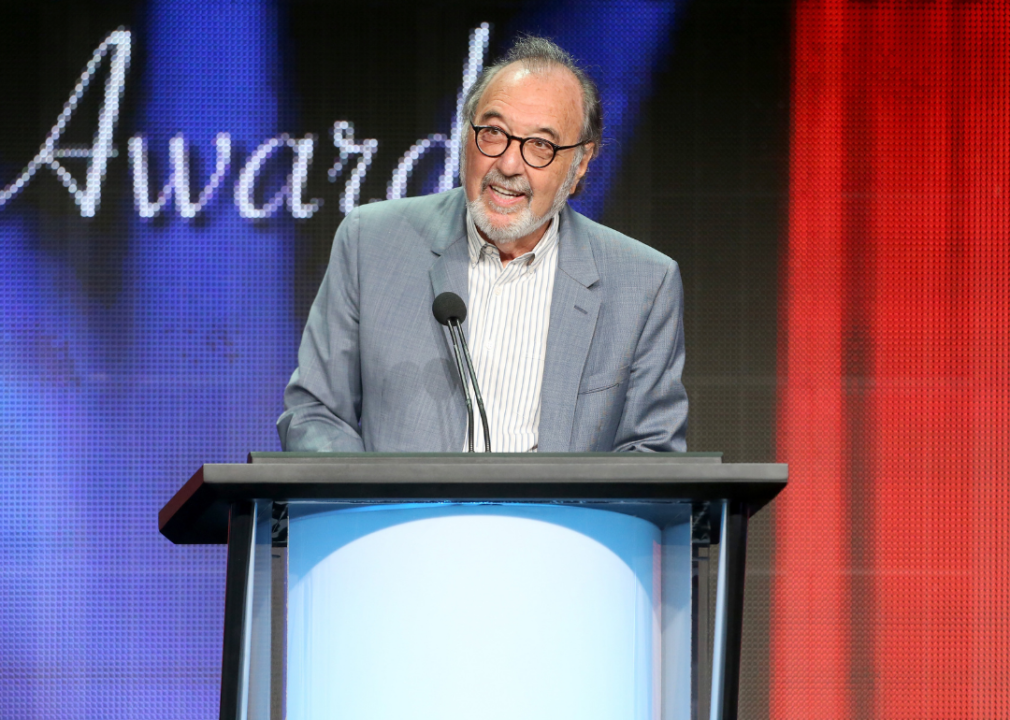 James L. Brooks’ work in film and TV has incredible range. He has worked on projects as disparate as “The Mary Tyler Moore Show” and “The Simpsons,” and he’s a triple-threat, Oscar-winning director, producer, and screenwriter. 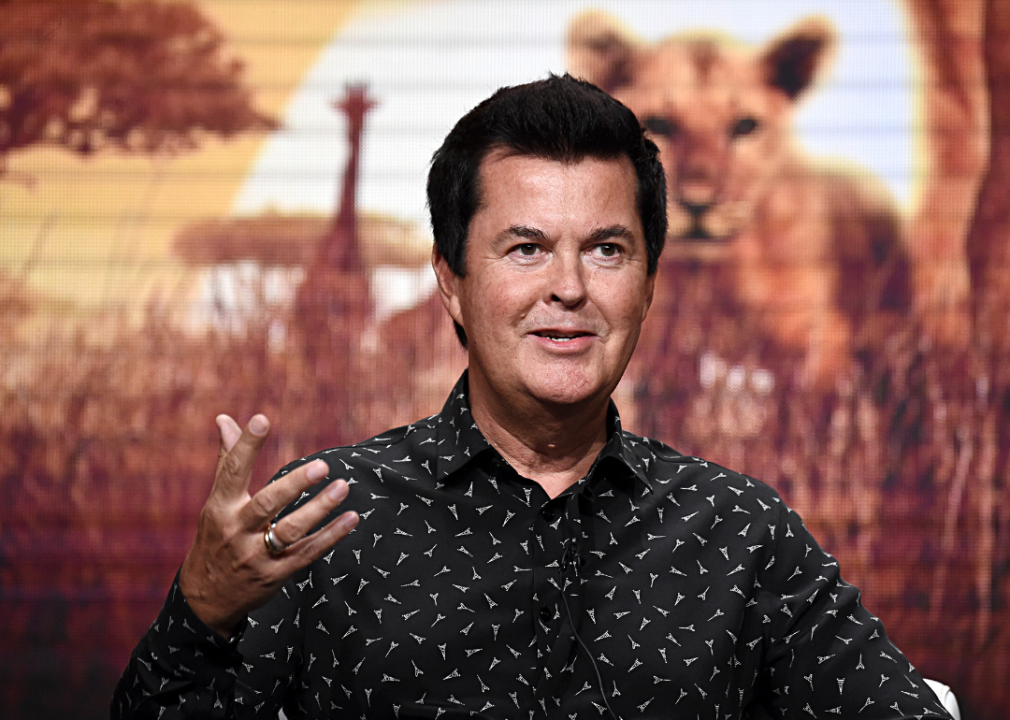 Simon Fuller is the creator and producer of the smash hit reality TV show “American Idol,” and has also worked on reality projects like “So You Think You Can Dance.” Previously, he managed one of the biggest pop bands of the 1990s—the Spice Girls. 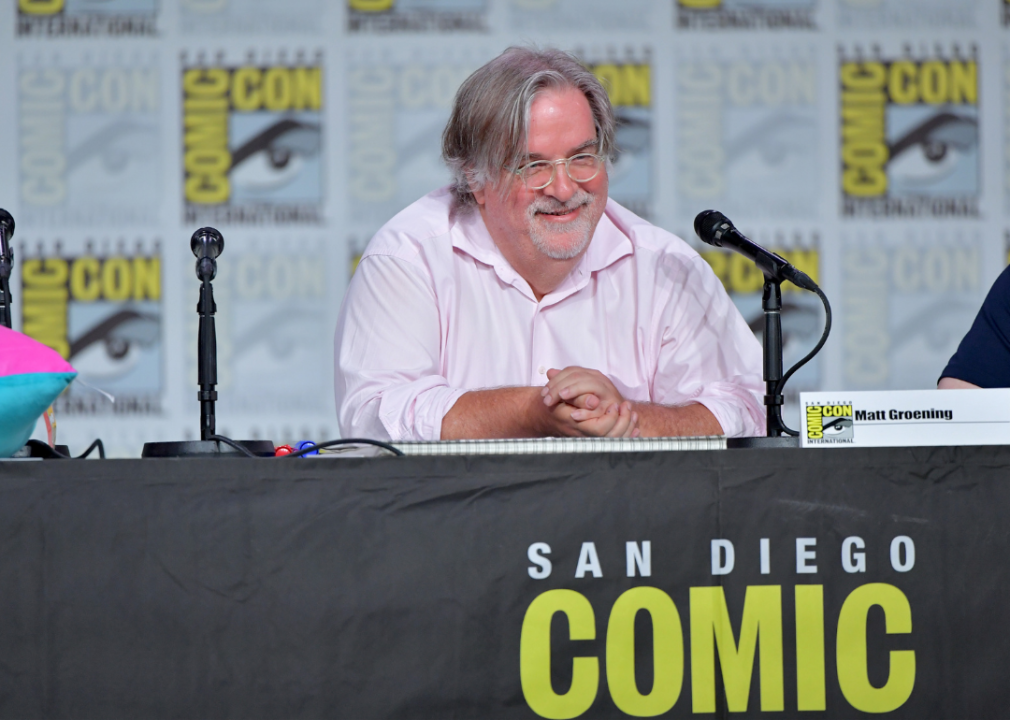 Matt Groening is best known for his work on the long-running and beloved animated TV series “The Simpsons.” He also created the comic strip “Life in Hell,” which ran weekly from 1977-2012, and was behind the animated shows “Futurama” and “Disenchantment.” 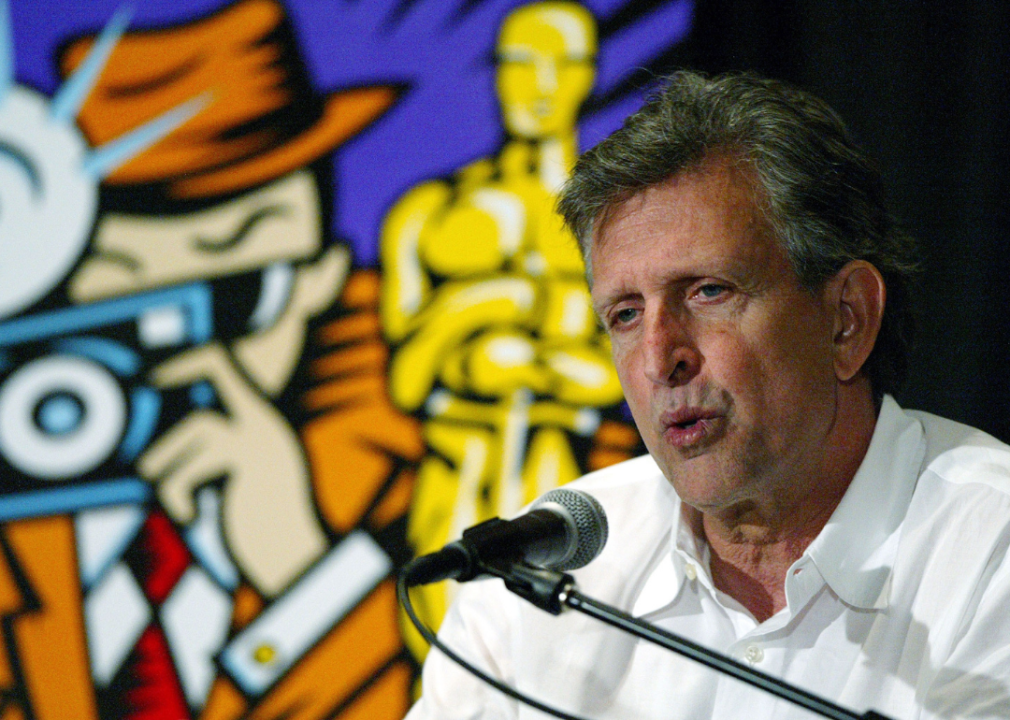 Joe Roth has had a long and storied career as a producer. He also has a track record as an executive at some of the biggest names in the entertainment industry—including Twentieth Century Fox and The Walt Disney Company—along with co-founding Morgan Creek Productions. 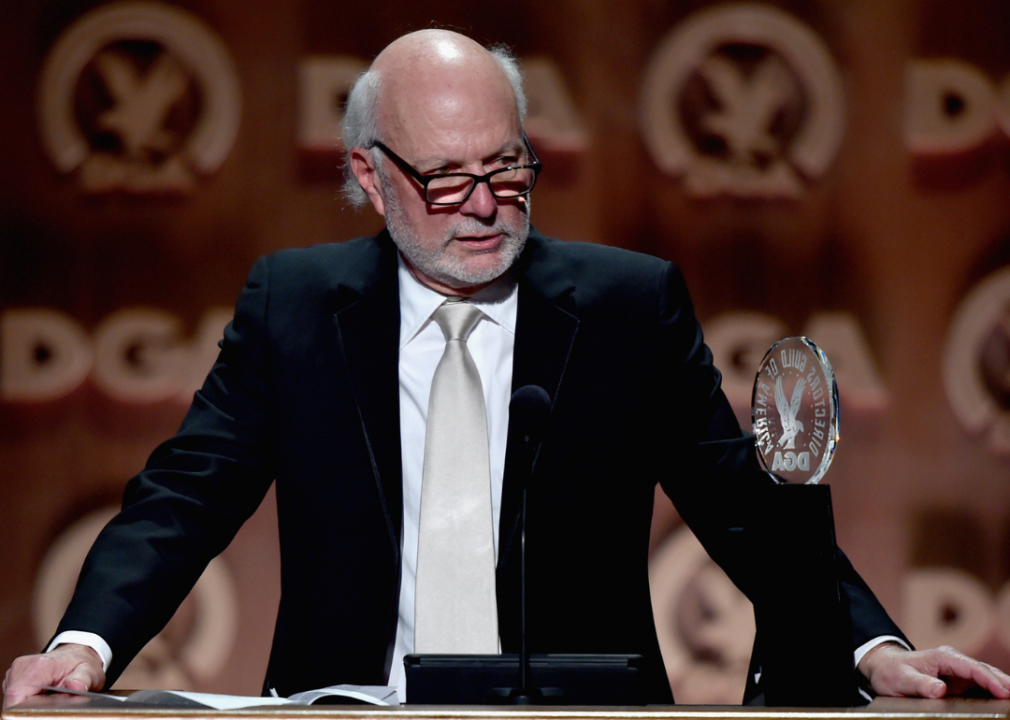 James Burrows co-created the beloved and long-running television show “Cheers.” He is also an accomplished director of nearly 200 episodes of the sitcom “Will & Grace.” 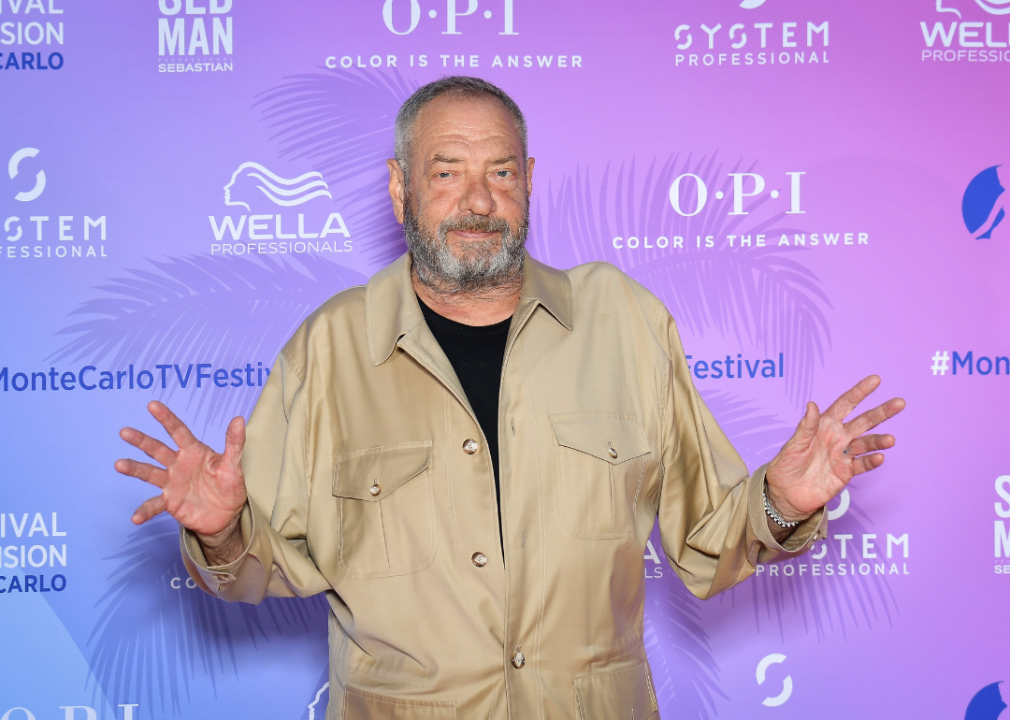 Dick Wolf is famous for co-creating and working as an executive producer of “Law & Order” and its spinoffs. In an age of streaming services, he continues to work in broadcast television, particularly at NBC, where “Law & Order” runs. 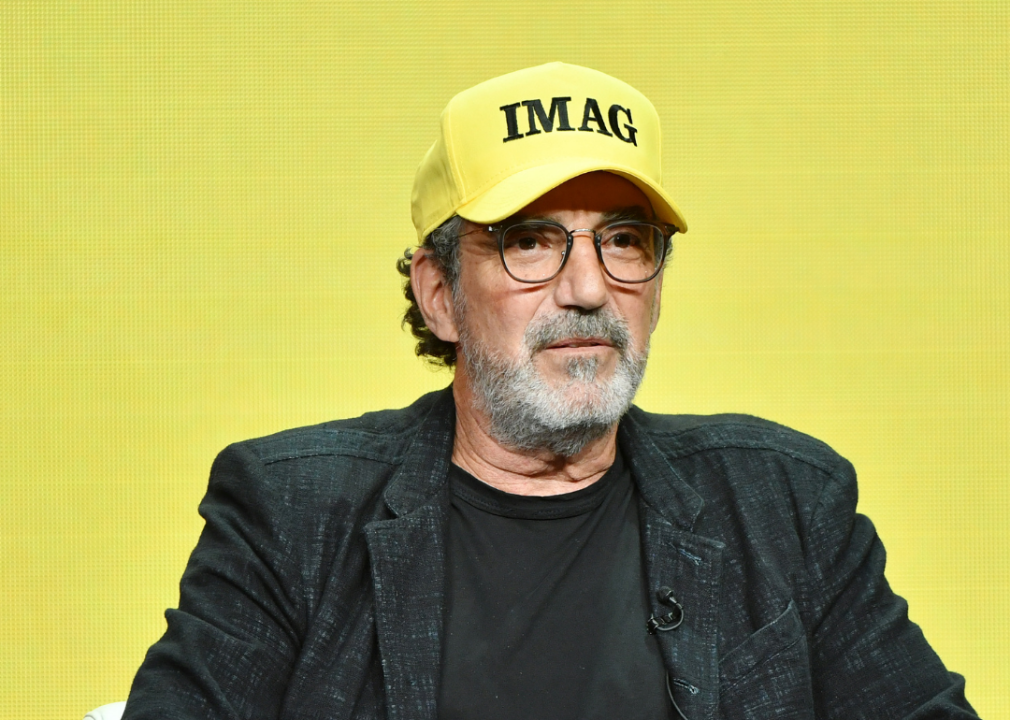 Chuck Lorre has been called the “king of sitcoms.” He has worked as an executive producer on everything from “Dharma & Greg” to “The Big Bang Theory,” along with working as a writer on shows like “Roseanne” and “Mike & Molly.” 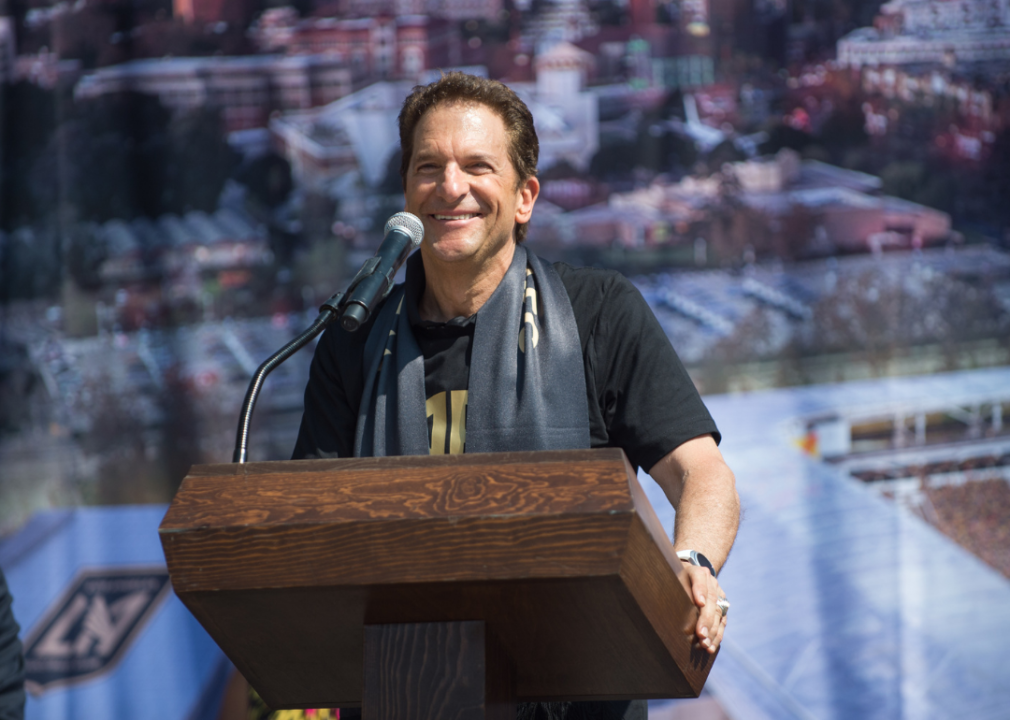 Peter Guber wears many hats: producer, author, entrepreneur, and business executive. In addition to producing movies such as Tim Burton’s 1989 “Batman” film, he also works as a speaker and consultant. Plus, he owns a handful of professional sports teams. 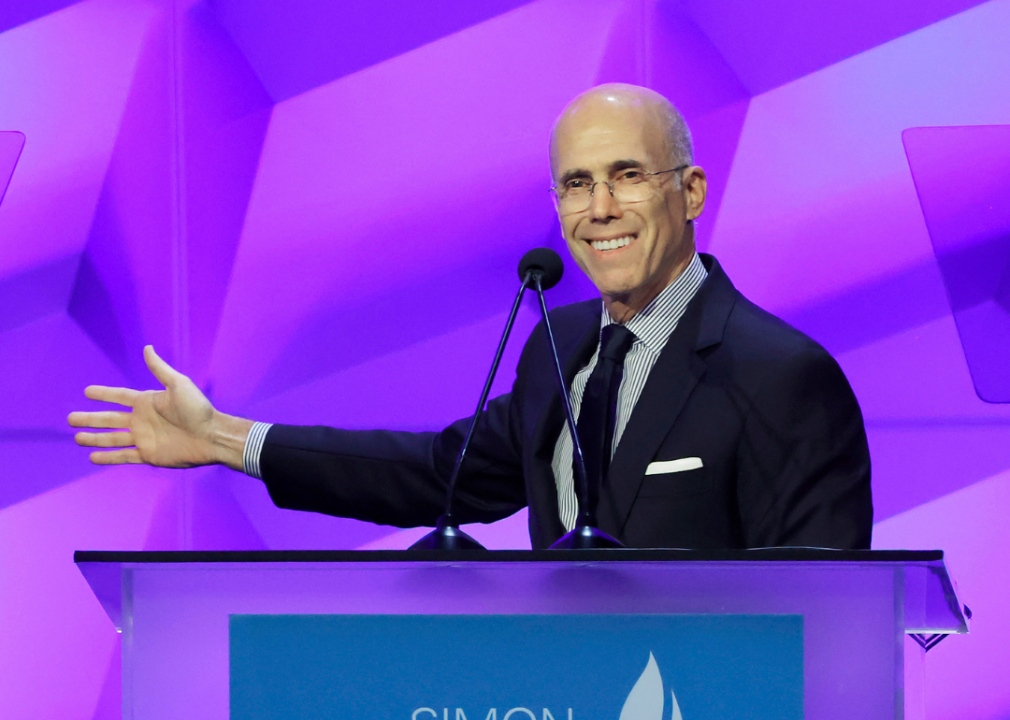 In addition to his work as the producer of “Shrek” and “A Beautiful Mind,” Jeffrey Katzenberg also has a resume including stints as an executive at some of the biggest studios in Hollywood. Among these was Walt Disney Studios, where Katzenberg was chairman for 10 years before co-founding DreamWorks, which he sold to Comcast in 2016. 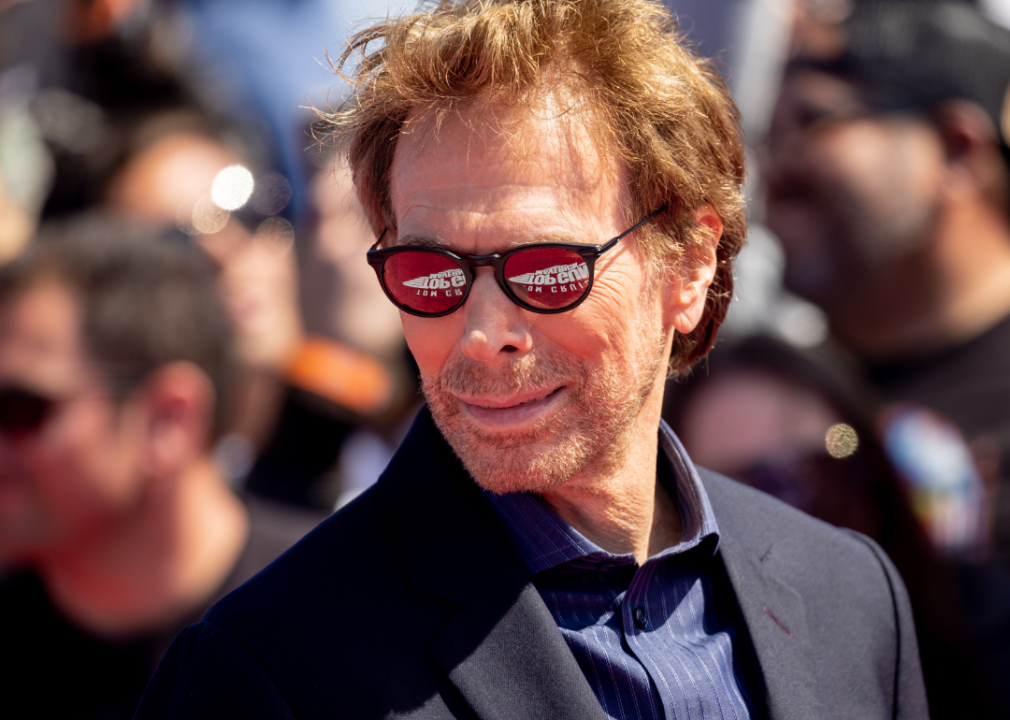 Crime TV fans owe a debt of gratitude to Jerry Bruckheimer. The producer is responsible for the entire “CSI” franchise, including “CSI: Miami” and “CSI: New York.” On the film side, he specializes in blockbusters from “Armageddon” to the “Pirates of the Caribbean” franchise. 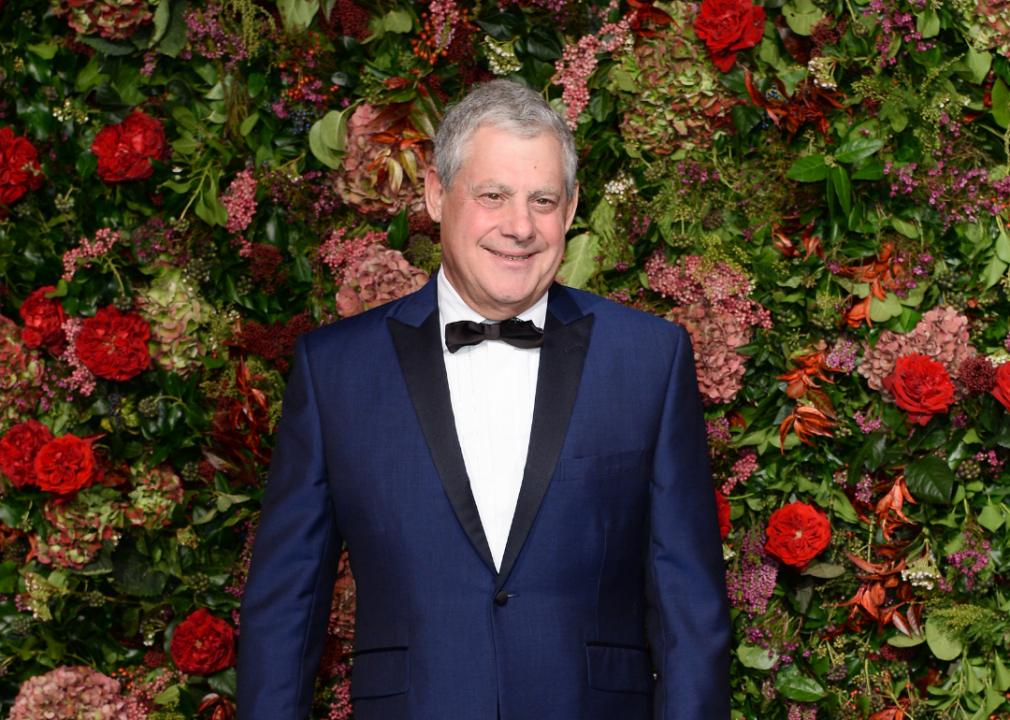 Cameron Mackintosh has produced some of the world’s longest running theatrical productions—including “Cats” and “The Phantom of the Opera”—and produced the stage and film versions of “Les Misérables.” He has been called the most successful, influential, and powerful producer in the world by The New York Times. 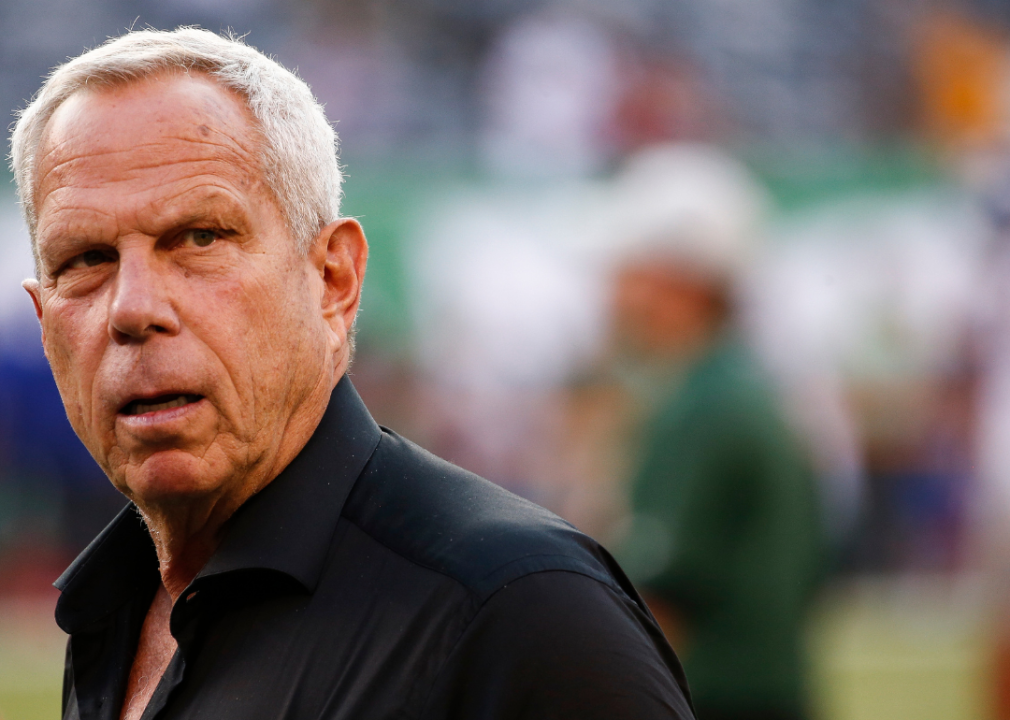 Steve Tisch is a producer known for seminal films like “American History X” and “The Pursuit of Happyness.” An Oscar winner for producing “Forrest Gump,” he is also a successful businessman and the co-owner of the New York Giants—a team he inherited from his father Bob Tisch. 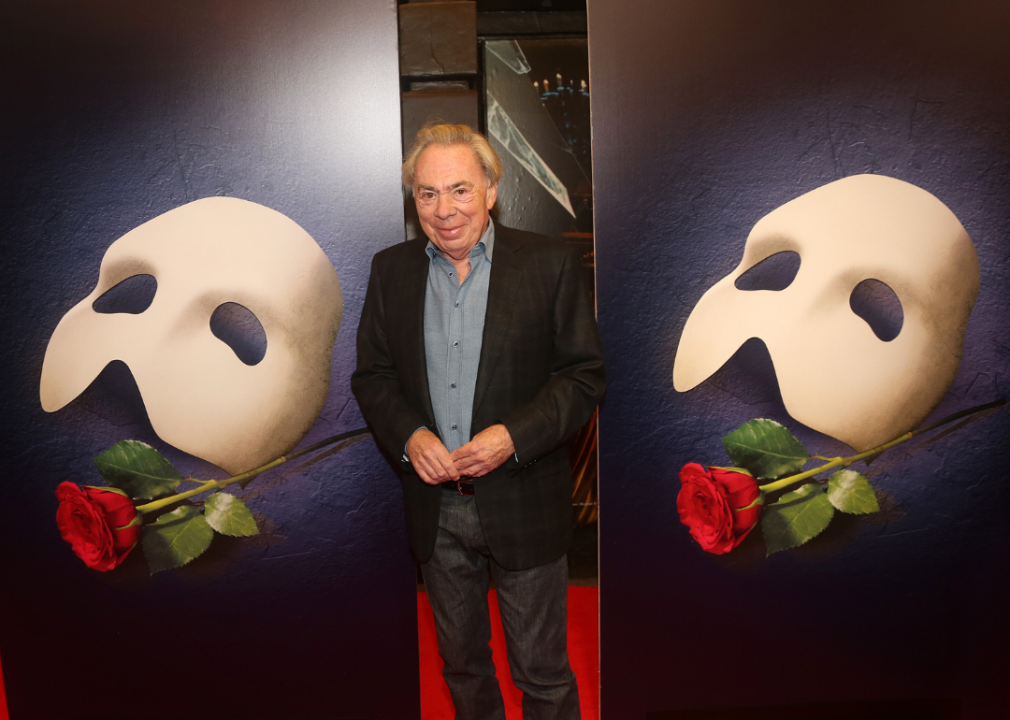 Andrew Lloyd Webber is the composer behind some of the world’s best-loved and longest-running musicals, including “The Phantom of the Opera” and “Cats.” He is also a theatrical producer, with credits including “Joseph and the Amazing Technicolor Dreamcoat” and “Jesus Christ Superstar.” 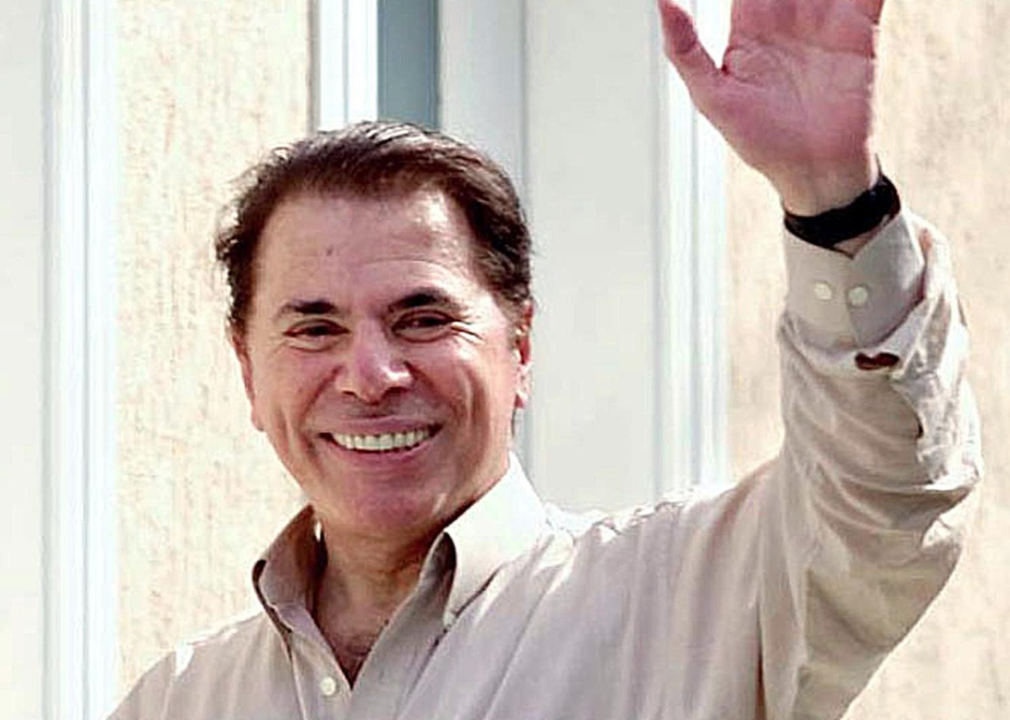 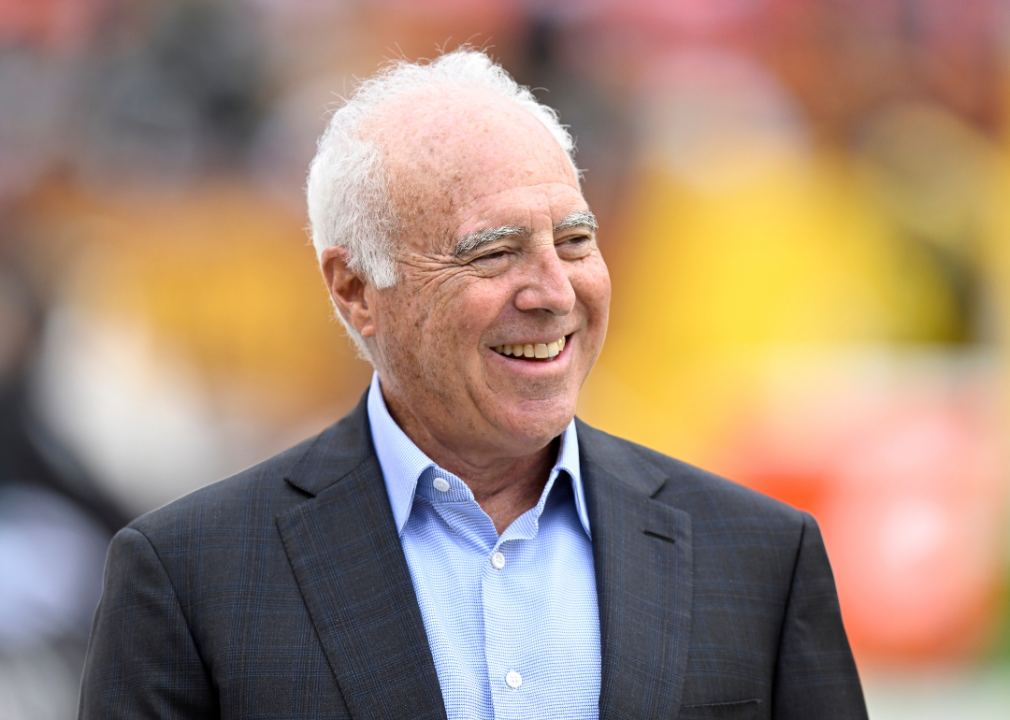 Despite being one of the most successful producers worldwide, Jeffrey Lurie still tends to lead with his heart when scouting out new projects. He has said that his recent “Summer of Soul” came into being the minute he heard about a series of forgotten tapes documenting a Harlem music festival in 1969. He jumped on the project immediately as an executive producer, following a gut instinct that turned the project into a hit—as well as the Oscar winner for Best Documentary. 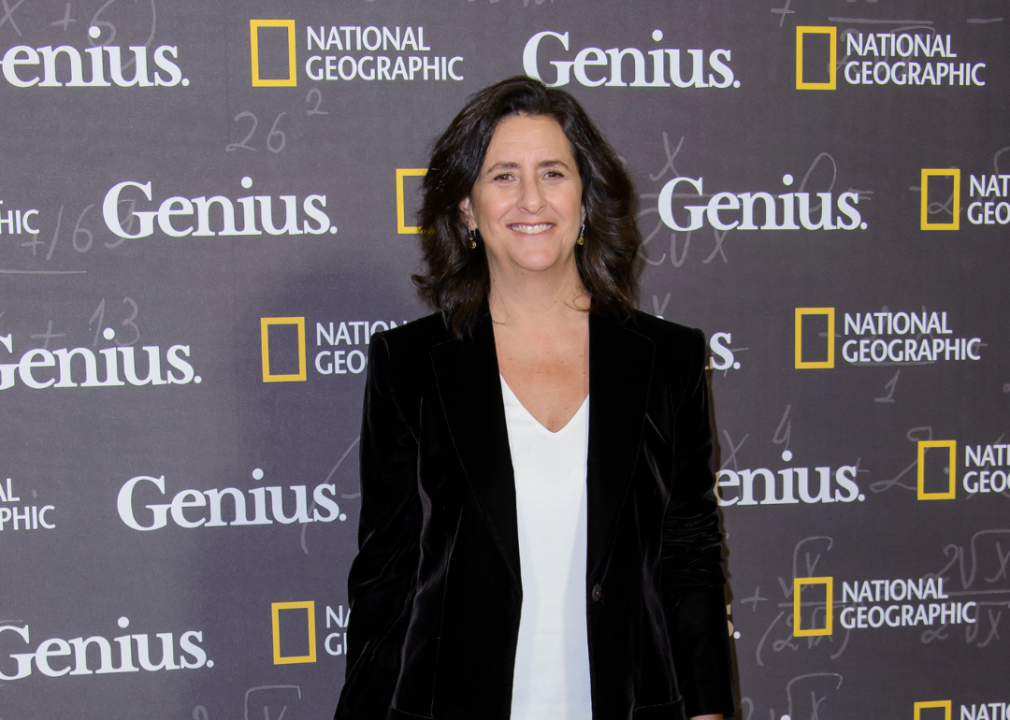 Gigi Pritzger is one of the heirs to the Hyatt Hotels fortune and a powerhouse producer in her own right. She has produced films including “Drive,” “Rabbit Hole,” and “Ender’s Game.” Her Madison Wells Media Company has a specialized division focused on virtual reality.