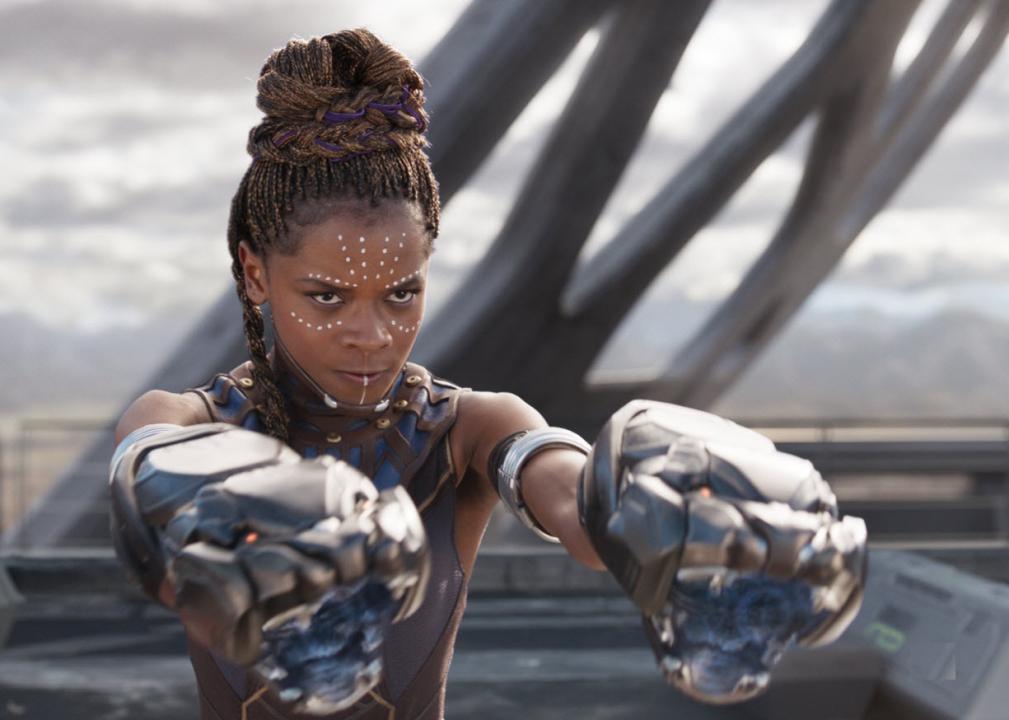 It’s not uncommon for a large movie production to hire a crew in the hundreds, but the films on this list bring a new meaning to “it takes a village”—the number of people it took to make them surpasses the population of some villages, towns, and even cities.

Giggster independently researched and compiled a list of 15 films with cast and crews that exceeded 1,000 people. The films on this list span across countries, decades, and genres. Some hit the 1,000 mark as a result of massive visual effects teams, hordes of extras, carpenters engaged in endless on-set building, or a more balanced distribution across departments. But to be made, they all required at least 1,000 workers (and in most cases more) ranging from day players to directors. IMDb user ratings and Metascores are provided for popular and critical context.

Before reading on, it should be noted that “Taken 2” is included because it was the first film to add a mention about how many people were employed on a film in the end credits (“The making and legal distribution of this film supported over 14,000 American jobs and involved over 600,000 work hours”). Those numbers aren’t exact and there’s an element of PR to them, but generally, they point to how many people worked on the film. 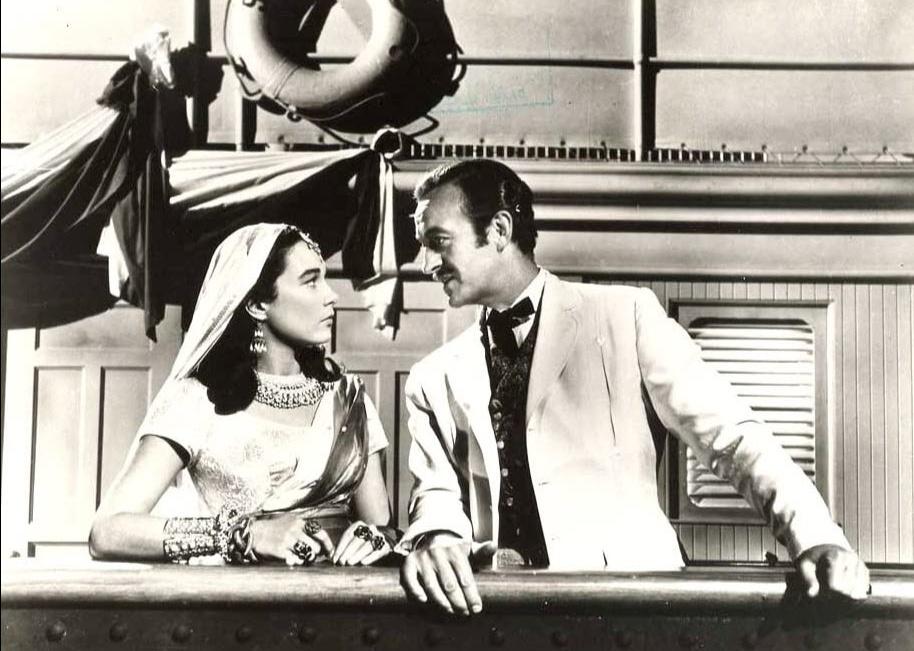 “Around the World in 80 Days” was literally a global affair. Shot in the fall and early winter of 1955, the production used 680,000 feet of film, which was edited down to 25,734 feet when finished. The production employed 112 locations in 13 countries and 140 sets. In addition to the large crew, the movie also recruited more than 40 famous performers to appear in cameos. Some of those names included Marlene Dietrich, Ronald Colman, and Frank Sinatra. 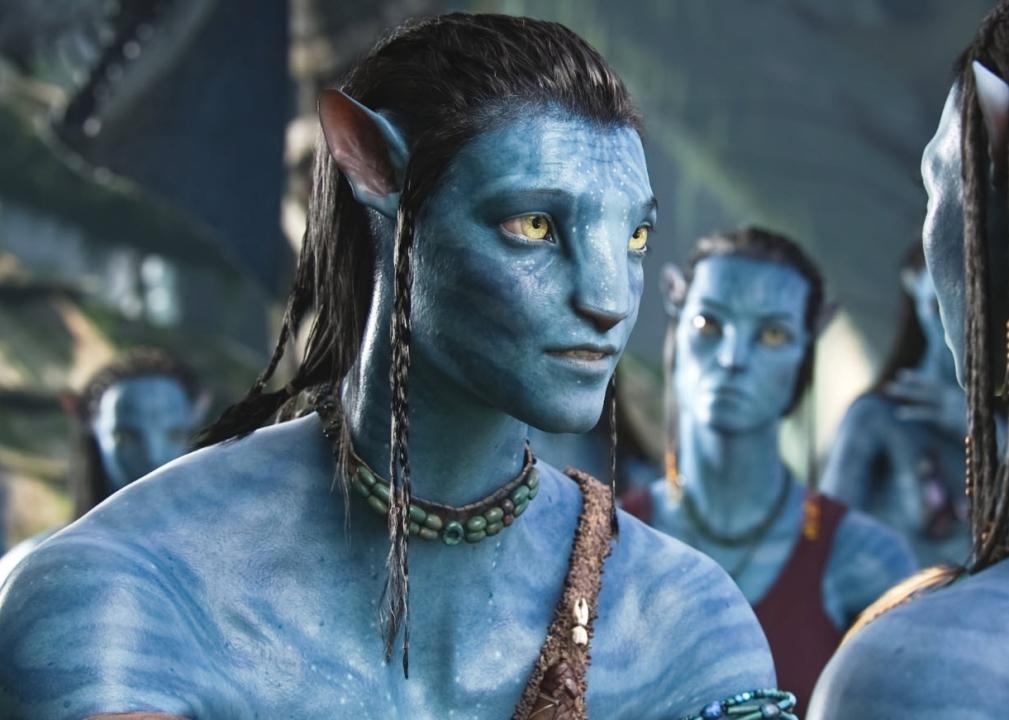 James Cameron originally wanted to release “Avatar” in 1999, but the technology needed to create his fictional world didn’t even exist yet. It wasn’t until 2006 that Cameron was able to begin building out his vision, and with that came a $237 million budget. A big portion of that went to the 1,844-person visual effects department, along with an additional 212 people working on special effects and 70 employed in the sound department. 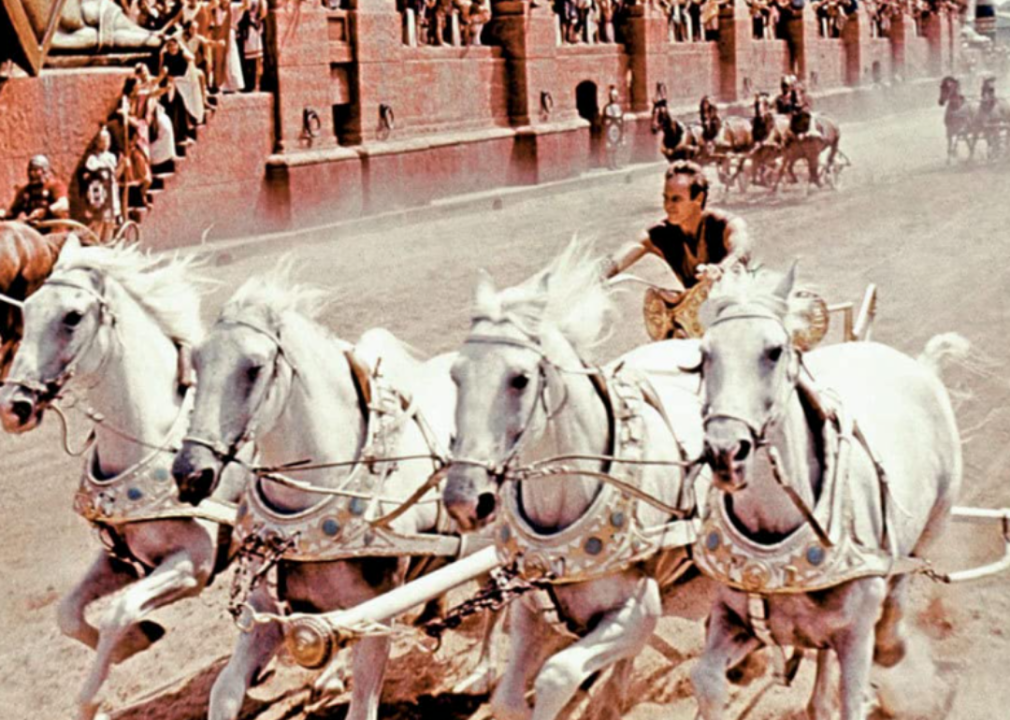 When “Ben-Hur” came out in 1959, it boasted the largest budget ($15 million) and largest sets built in movie history. It took 100 wardrobe fabricators to create the costumes and a workshop of 200 artists and workmen to make the hundreds of friezes and statues seen throughout the film. Ten-thousand extras were used in the movie, along with more than 200 camels and 2,500 horses. The extravagant budget paid off: “Ben-Hur” ended up winning 11 Academy Awards, including Best Picture, and was the second highest grossing film at the time (behind “Gone With The Wind”) after raking in more than $74 million at the U.S. box office. 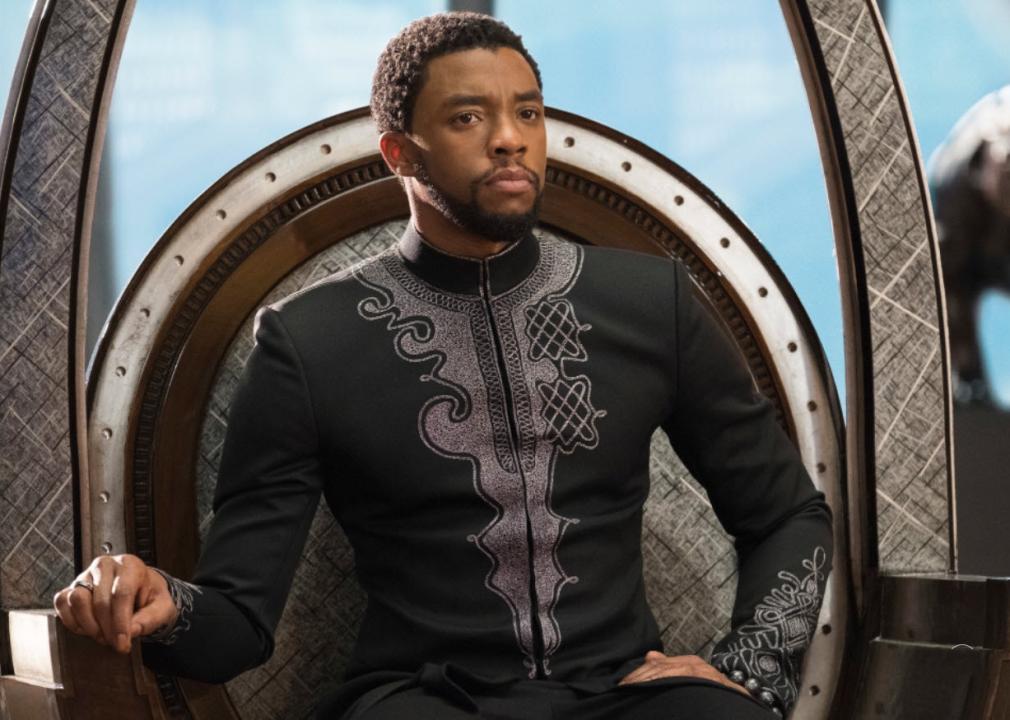 On “Black Panther,” Marvel Studios hired more than 3,000 people to bring Wakanda to life. Aside from the large visual and special effects teams, there were also several illustrators, designers, mold makers, fabric dyers, and jewelry makers who helped make costume designer Ruth E. Carter’s vision come to life with more than 700 costumes. In addition to its vast crew, “Black Panther” is also notable for its diversity. Not only does it boast a predominantly Black cast and crew, the three top department heads (production designer, costume designer, and cinematographer) are also women. 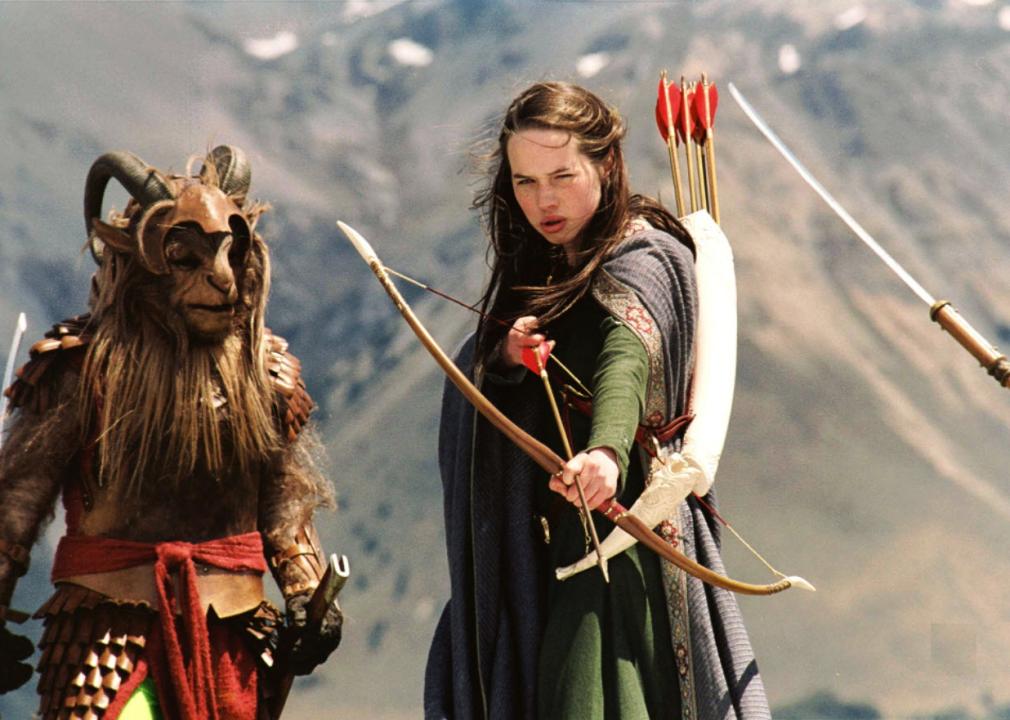 The Chronicles of Narnia: The Lion, the Witch and the Wardrobe (2005)

It took 2,622 people to make “The Chronicles of Narnia: The Lion, the Witch and the Wardrobe”—the first of three films adapted from C.S. Lewis’ seven-book fantasy series. Like many movies with a production crew of this size, a large chunk comes from the visual effects team. However, in 2013 the film also boasted the largest art department of any best-performing film in the previous 20 years with a 436-person crew. The movie more than made up for its $180 million budget after making $745 million at the box office. 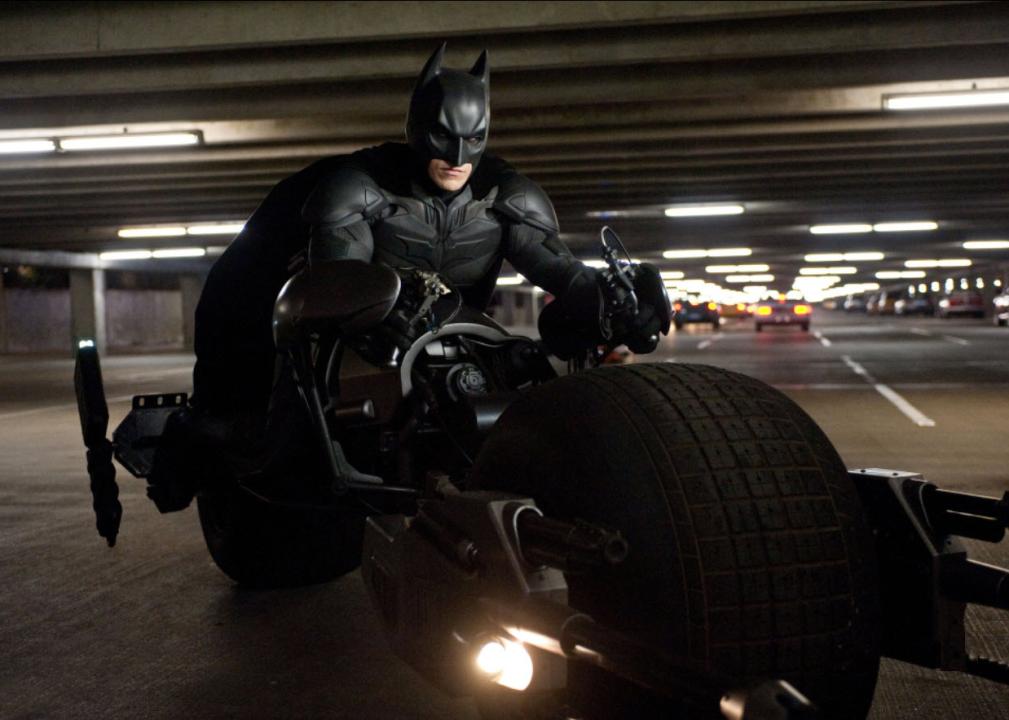 If you’ve seen any of the films in Christopher Nolan’s Batman trilogy, it’s no surprise that they have large crews—the costumes, makeup, and visual effects are all remarkable—but Warner Bros. Pictures went all out in the final chapter, “The Dark Knight Rises.” The movie enlisted 258 stunt people, an 88-person costume and wardrobe crew, and a 214-person camera and electrical crew. But perhaps most impressive is the number of extras: there were 11,000 used just for the shot sequence depicting a fictional football game at Pittsburgh’s Heinz Field. 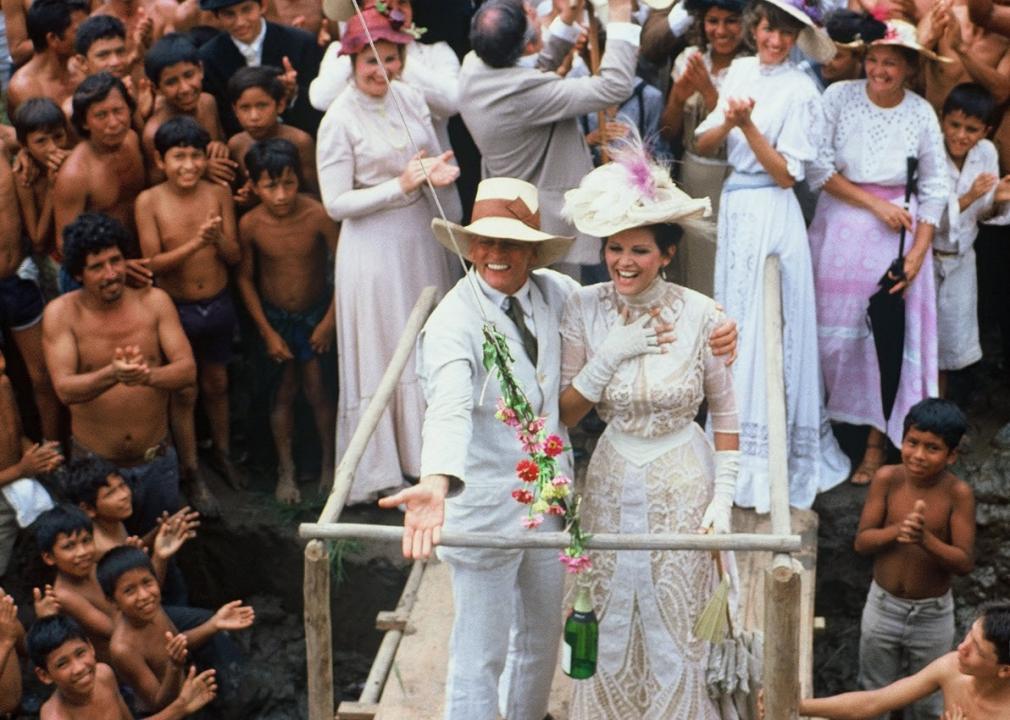 Director Werner Herzog hired 1,000 Indigenous Peruvians to help tell his tale in “Fitzcarraldo,” and surprisingly, that’s the least interesting part of the film’s story. The project is widely considered to be cursed. The original lead, Jason Robards, had finished filming half of his scenes before his doctor ordered him to quit after contracting dysentery, and his replacement Klaus Kinski notoriously butted heads with Herzog.

As if that’s not bad enough, many crew members nearly died—one amputated his own foot after being bit by a snake—and several accidents delayed filming. Rolling Stones frontman Mick Jagger also played a role that was ultimately cut because he was unable to continue filming after the schedule fell behind. 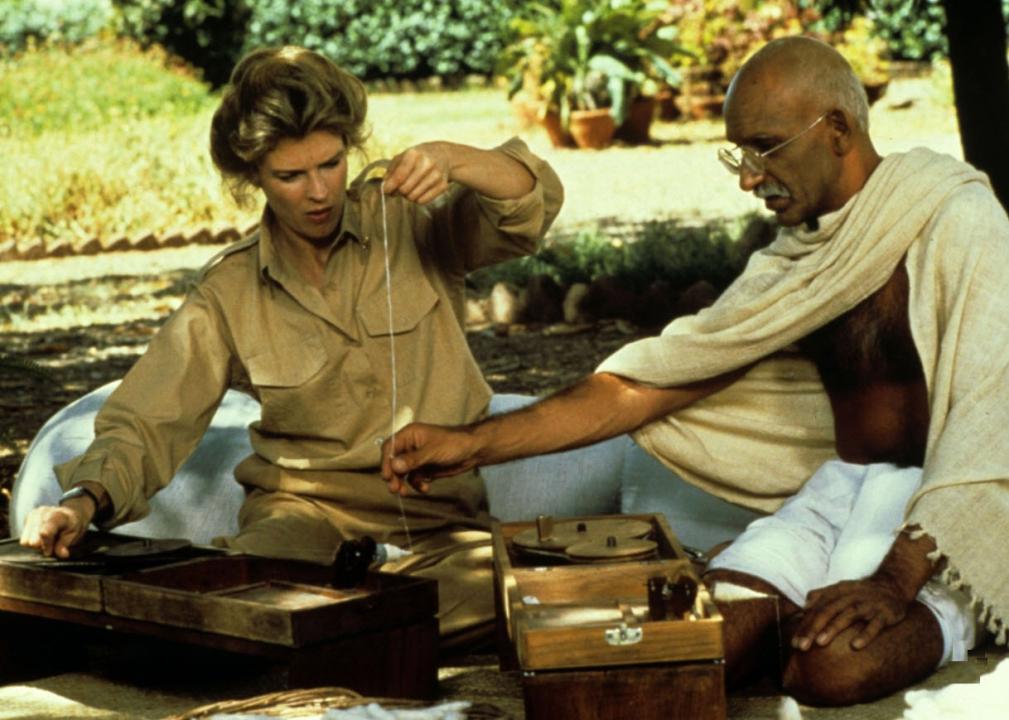 It’s not often that a movie takes home eight Academy Awards and earns an entry in the “Guinness World Records.” Actually, it’s only happened once—in 1982. “Gandhi” won eight Oscars, including Best Picture, Best Director, and Best Actor for Sir Ben Kingsley. That’s not even the most impressive thing about the movie: Its funeral scene featured 300,000 extras, which is the record for the most in any film. 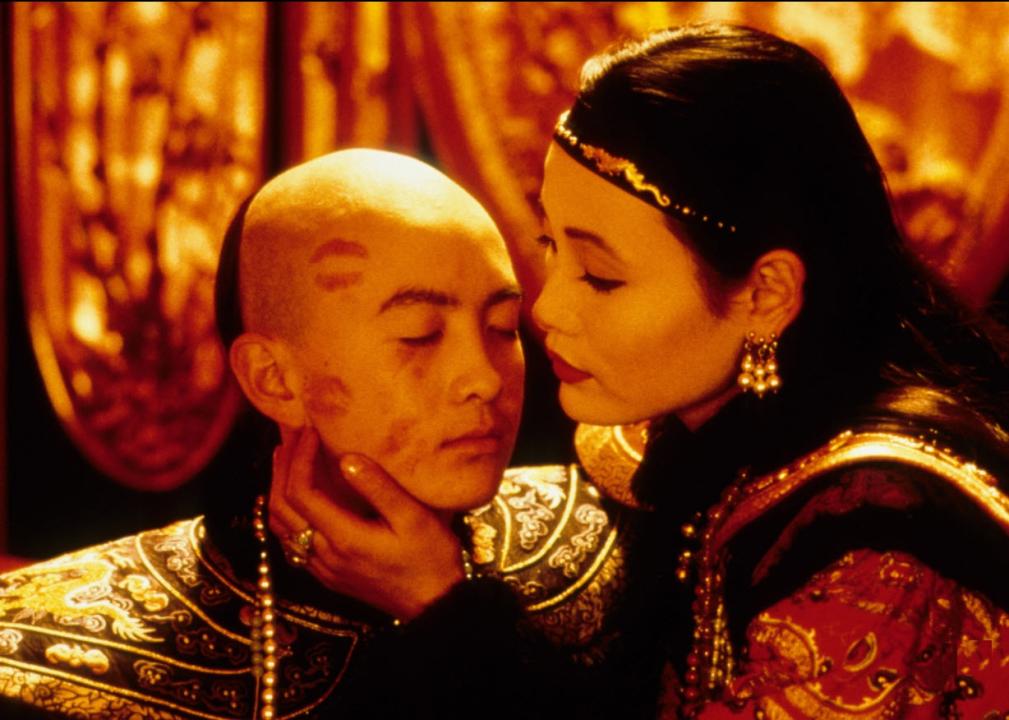 “The Last Emperor” is a biographical drama about the life of Puyi, the last emperor of China. Director Bernardo Bertolucci proposed the project to the Chinese government and was not only accepted but was also authorized to shoot within The Forbidden City, which had never been previously allowed to be filmed for a Western movie. Bertolucci hired 19,000 extras throughout the course of the film. Of those, 1,000 were children brought in to play Red Guards in scenes depicting the 1967 Cultural Revolution march. The ambitious film was nominated for nine Academy Awards, including Best Picture, and won them all. 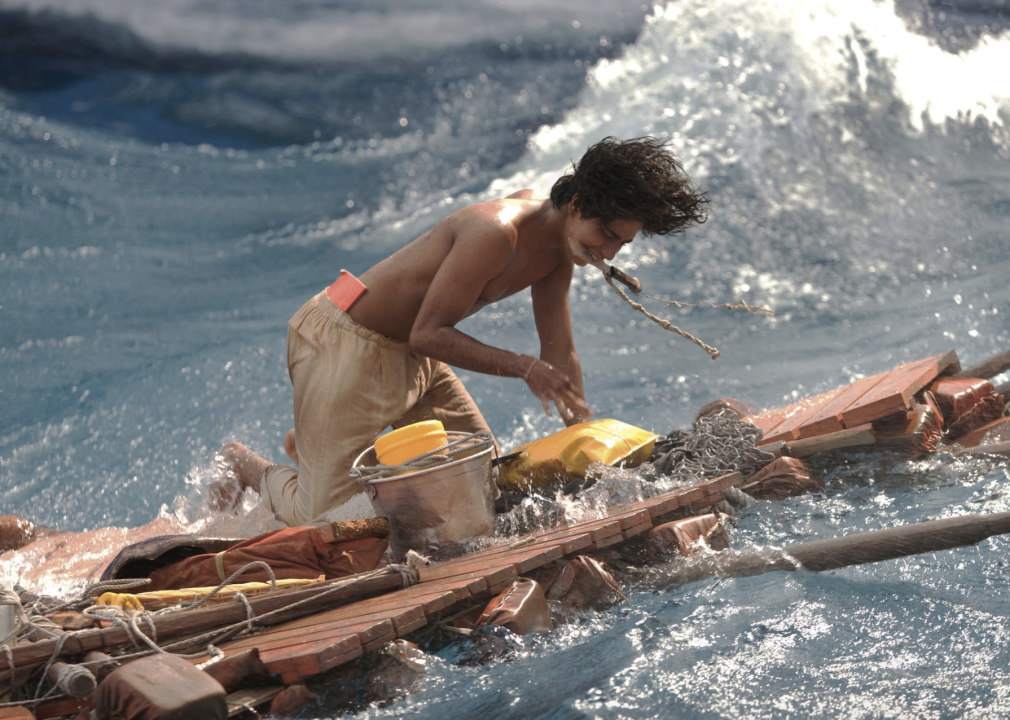 Following the example set by “Taken 2,” “Life of Pi” was one of the first films to display this message during its closing credits: “The making and legal distribution of this film supported over 14,000 American jobs and involved over 600,000 work hours.” The art department was a big part of that; however, it was the visual effects team that took the cake. VFX supervisor Bill Westenhofer said it took hundreds of artists to create actor Suraj Sharma’s tiger co-star. In fact, he revealed that they chose to use real tigers in some of the shots in order to “set our bar high for CGI.” 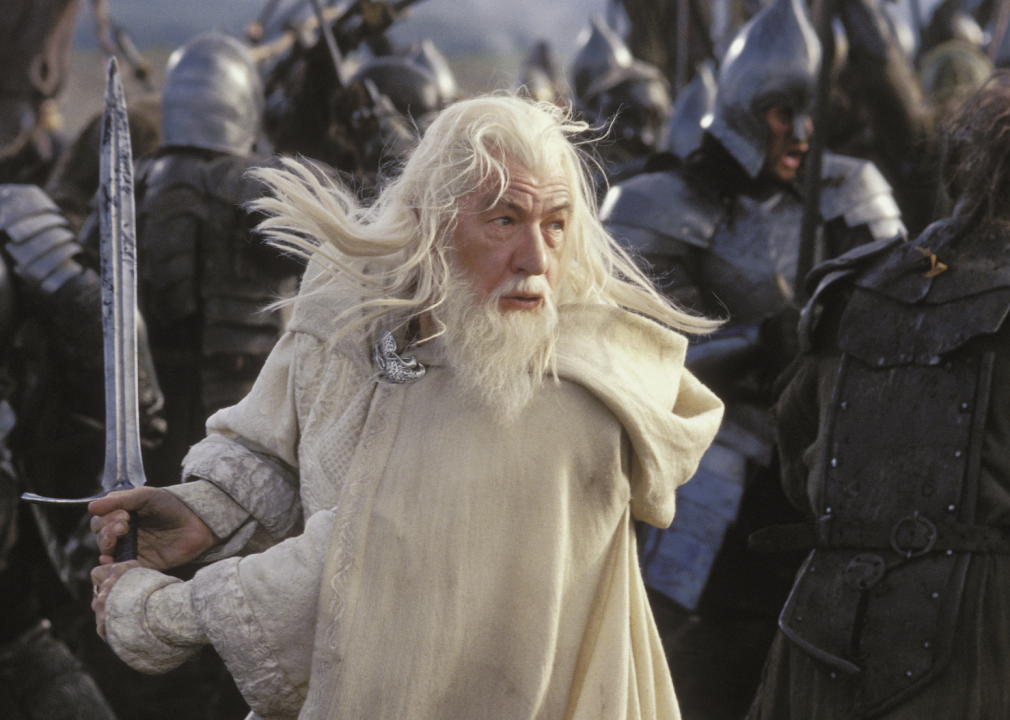 Though visual effects teams are typically the largest departments in the films on this list, it’s interesting to note that “The Lord of the Rings: The Return of the King” touted a 211-person special effects unit. (If you’re wondering what the difference is between VFX and SFX, you’re not alone. Special effects refer to on-set physical, mechanical, and in-camera effects, while visual effects are done digitally.)

In addition to its large SFX department, “The Return of the King” also features more than 1,450 visual effect shots, which is almost three times as many as the first film in the trilogy and nearly twice that of the second. The film swept the 76th Oscars with 11 wins—tying the record set by “Ben-Hur” and “Titanic”—including Best Picture, Director, and Visual Effects. 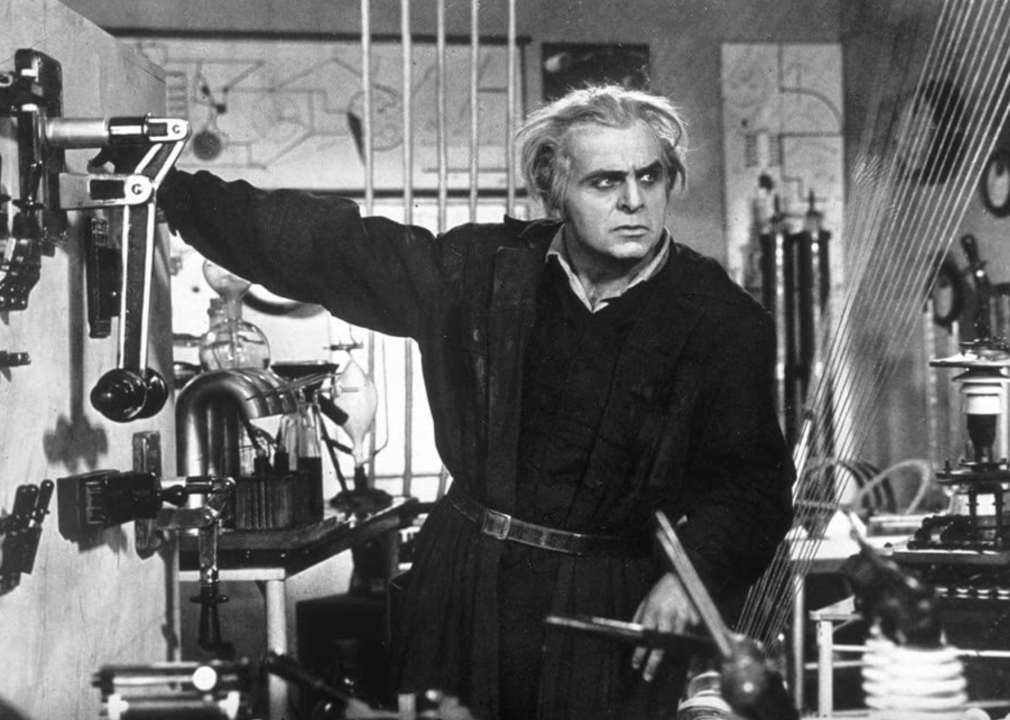 The oldest movie on this list, 1927’s “Metropolis” is thought to be the first real sci-fi film. It is remembered for its impact on production design and influenced movies like “Blade Runner” and “Brazil.” However, director Fritz Lang was known to be hard to work with. Filming lasted 17 months—310 shooting days and 60 shooting nights—and the rigorous schedule took a toll on the cast and crew.

One of the most chilling behind-the-scenes anecdotes is when Lang made actress Brigitte Helm, already bristling against a costume that left her body bruised, and 500 children from the poorest districts of Berlin work 14 days in a pool of water that was intentionally kept at a low temperature. 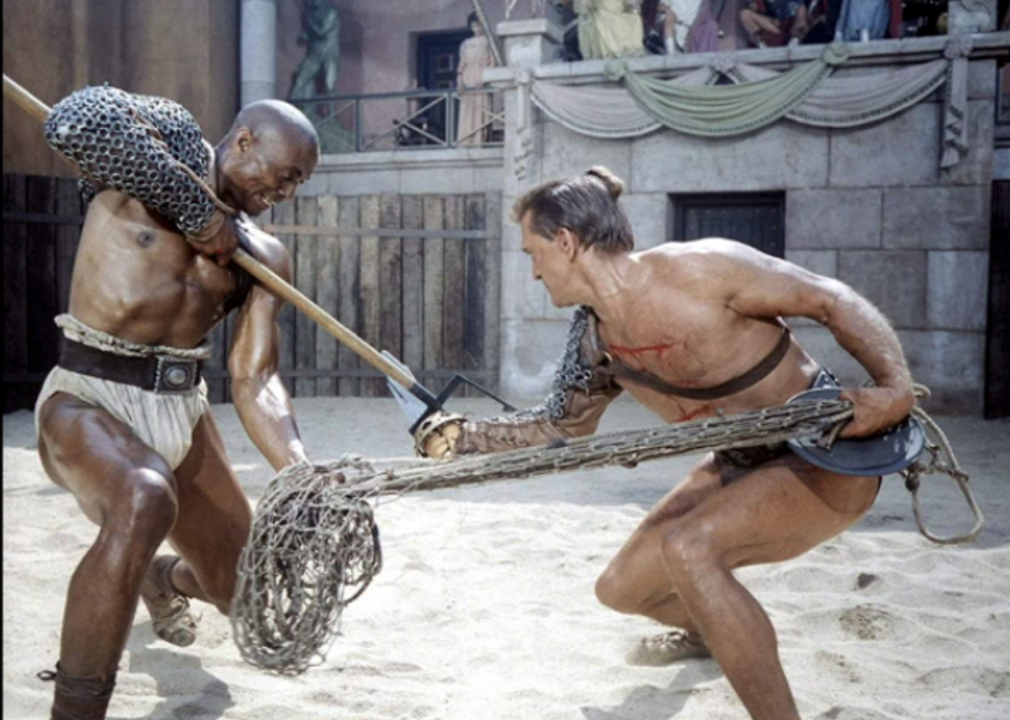 “Spartacus” was a massive undertaking for Stanley Kubrick, who took over after star Kirk Douglas fired original director Anthony Mann. The epic historical drama, which was inspired by the life of Roman slave revolt leader Spartacus and the events of the Third Servile War, took its casting seriously. The project enlisted more than 10,000 actors, of which around 8,000 were trained soldiers from the Spanish Infantry hired to double as the Roman army. 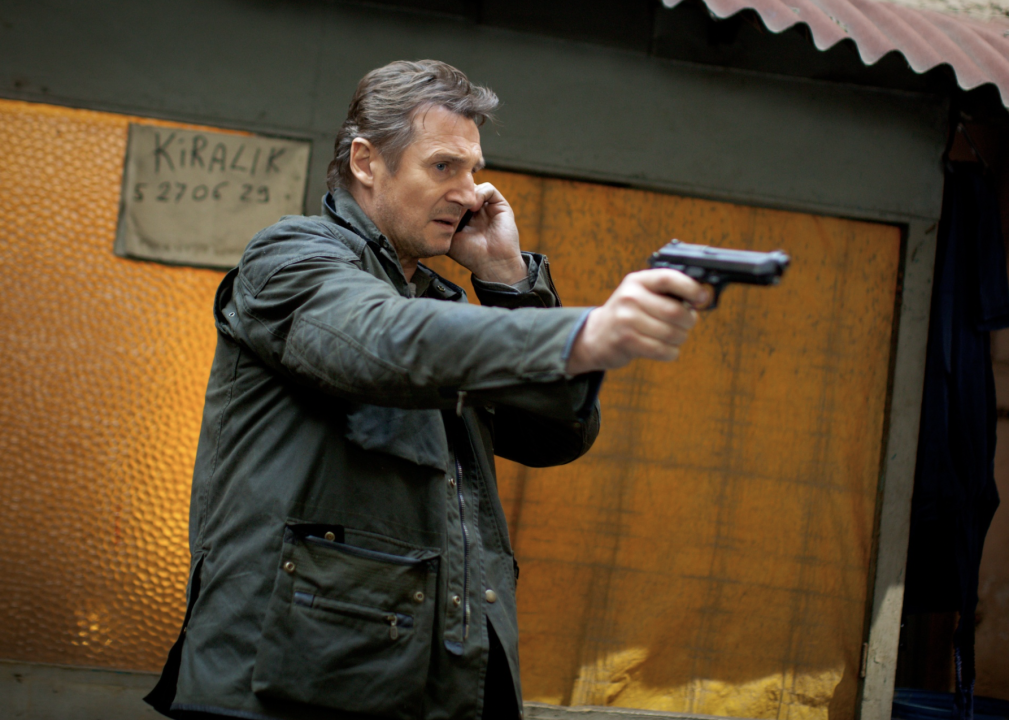 “Taken 2” was the first film ever to include a message during the final credits acknowledging just how many people and hours it took to make: “The making and legal distribution of this film supported over 14,000 American jobs and involved over 600,000 work hours.” More than 70 of those people were hired in the stunt department, and the film had 15 second-unit directors assisting head director Olivier Megaton. 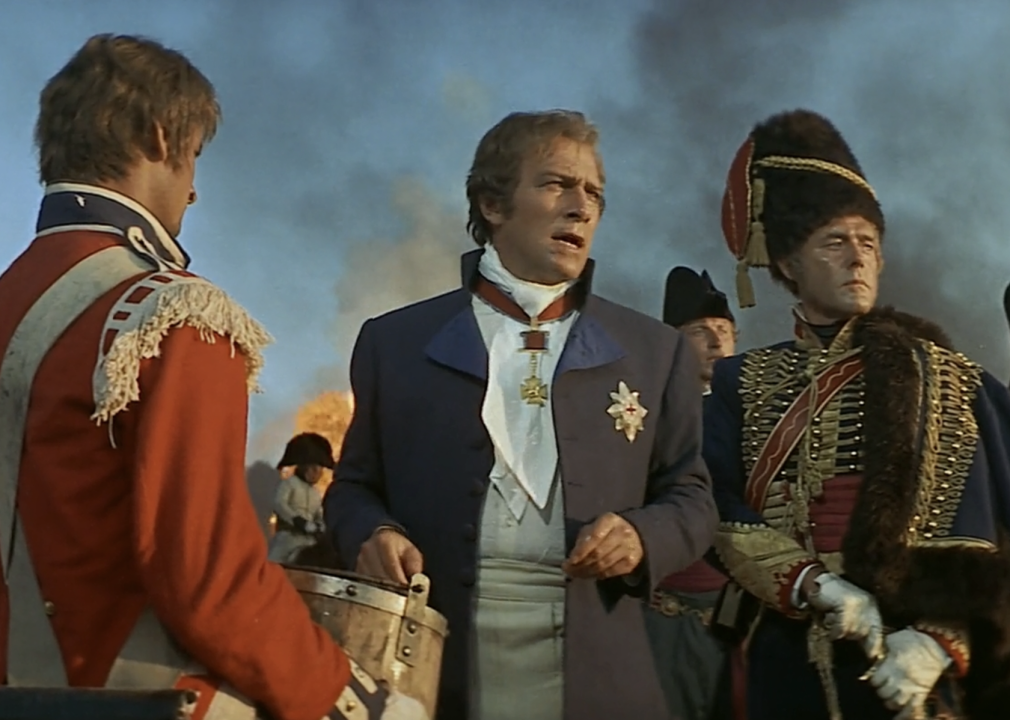 This 1970 epic period war film depicts the events leading up to the Battle of Waterloo and the carnage that ensued. The production enlisted 15,000 Soviet foot soldiers and 2,000 cavalrymen to reenact battle scenes, and impressively filmed without special effects. The film had among the highest number of costumed extras featured in any movie. In addition to the soldiers, the project also hired 50 circus stunt riders to perform dangerous horse falls. With so much attention to detail, it’s no wonder “Waterloo” ended up costing more than £12 million (the equivalent to $38.3 million in 1970), making it one of the most expensive films ever made for its time.

CPR can double or triple a person’s chance of…