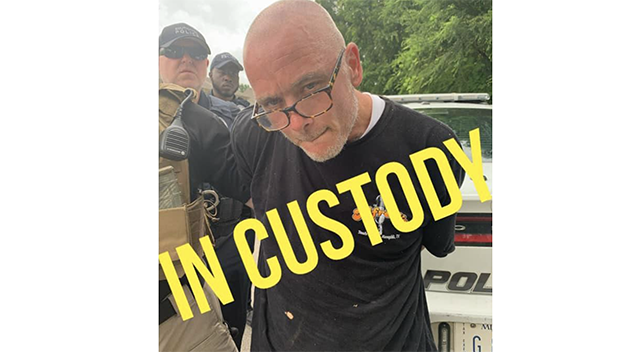 Police say that a man wanted in connection with a carjacking and three armed home invasions is in custody after he barricaded himself inside a North Mississippi residence.

Brian Parker, 49, of Florida, was taken into custody Thursday after multiple agencies responded to an alert to be on the lookout for Parker after a carjacking and two burglaries were reported in Olive Branch and Southaven areas.  Officials later learned that the burglaries were armed home invasions.

After Parker’s vehicle was spotted in a neighborhood, officers from Southaven, Olive Branch and Desoto County set up a perimeter near Church and Getwell Roads.

Officials say Parker was able to gain entry to the homes by shooting the doors.

At one point, Parker broke into a house with a female resident inside. Officials said. the female was able to escape and Parker then reportedly barricaded himself inside the residence.

A hostage negotiator was able to talk Parker out of the house without incident.

Police say Parker has an extensive criminal history and was wanted out of Pontotoc County for felony theft.