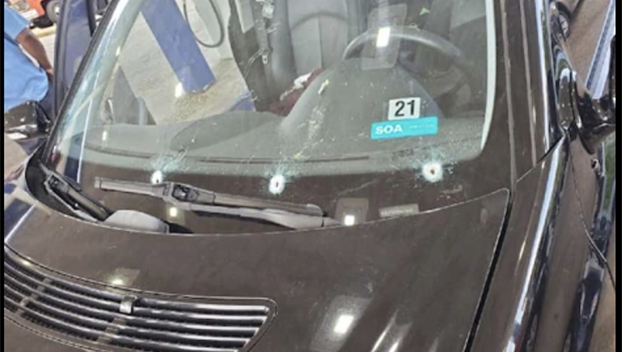 According to law enforcement authorities, an argument broke out inside the store between two females which led to the gunfire. The store clerk corroborated the story, as did witnesses outside the station.

Dianah Simmons, 19, of 88 Bassfield Cemetery Road, was inside the store paying for her gas, when Osheonna Bryant, 22, of 27 Carter Lane, made her way in front of Simmons to pay first. That is when Simmons went outside to retrieve a gun, followed by Bryant. Simmons was shot in the chest by Bryant who was using a 9mm. Bryant was shot in the hip by Simmons using an AR-15.

Jeffery Bryant, 46, of Kiln, father of Osheonna Bryant, pulled up and saw that his daughter was shot, so he pulled out .40 caliber and opened fire. Both girls’ vehicles were hit in the exchange.

Officers reported the two had previous arguments before the one Thursday.

All three have been charged with aggravated assault.