Mississippi man arrested after deputies find him with guns, marijuana and nearly 700 doses of meth 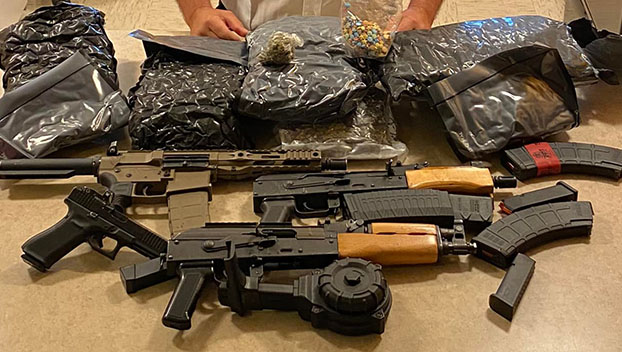 The Amite County Sheriff’s Department has arrested a man who was found with five guns and nearly 700 doses of meth.

On May 25, 2022, deputies from the Amite County Sheriff’s Department and the Mississippi Bureau of Narcotics worked together to arrest Arthur Lee Nunnery of 5783C Hebron Road, Liberty, MS.

During a traffic stop, deputies and agents found over 7 lbs of marijuana and approximately 680 dosage units of meth tablets.

Officers also recovered 5 guns which included a Jericho 15, a mini Draco, a Glock 17, a Glock 23 and a Draco NAK9. The Draco NAK9 had been reported as stolen.