Police: Primary aggressor of gunfight where more than 50 rounds were sprayed across Mississippi parking lot now in custody 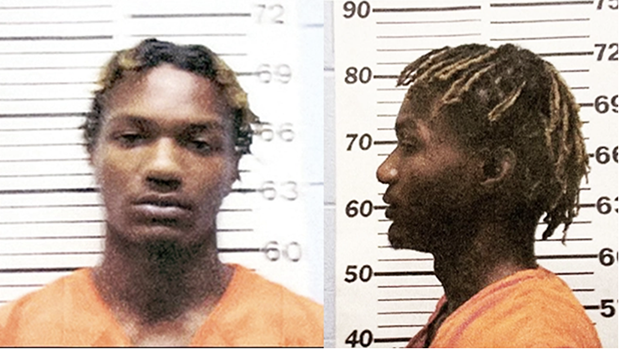 Police have arrested a Mississippi man who they say was the primary aggressor in an April gunfight where more than 50 rounds were sprayed across the parking lot of a small town convenience store.

On Sunday, April 24, at approximately 2:10 a.m., a group of five people was outside the 24-hour Duncan Chevron near the intersection of Highways 27 and 184, according to Sterling. A white vehicle, possibly a Lexus, arrived with another small group of people.

“One male got out of the vehicle and engaged with another male (in the first group) and a gunfight ensued,” said Monticello Police Department Detective Sterling Allen.

Security camera footage shows at least two people in the second group fired shots toward the first group, and at least four of those returned fire. More than 50 rounds were fired across the parking lot, causing damage to three parked vehicles, the business’ building and gas pumps, according to the detective.

No one was injured.

The group that returned fire cooperated with investigators to some extent, Allen said, but would not name people in the second group.

Ben, 20, — who had been identified as one of the primary aggressors of the shooting at Duncan Chevron — was served with warrants for the April 24 incident and for a drive-by shooting in February. For the Chevron incident, Ben was charged with two counts of felony malicious mischief, three counts of shooting into a motor vehicle, and aggravated assault, according to Allen. Ben was charged with felony malicious mischief, shooting into a motor vehicle, drive-by shooting, and two counts of aggravated assault for the incident in February.

Ben was booked into the Lawrence County Jail.

Victims use social media to track down suspects who…