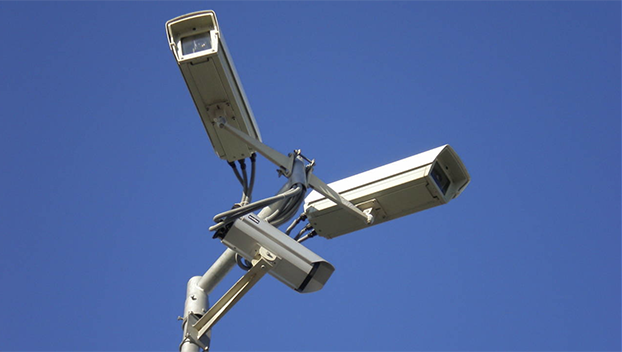 Leaders in one Mississippi city have backed off an ordinance that would require cameras at business and shopping centers as a tool for fighting rising crime in the city.

Vicksburg leaders amended the city’s video camera ordinance that eased some of the restrictions.

The board in August 2021 approved the “Parking Lot and Building Security Ordinance” requiring all Vicksburg businesses and shopping centers with parking lots containing 25 or more parking spaces or buildings of 2,000 square feet or more to mount cameras on the buildings surrounding or facing the parking areas and covering entrances and exits of buildings.

The board on Monday amended the ordinance to replace the sentence making the cameras mandatory with one recommending that cameras be installed. The amendment becomes law in 30 days.

Flaggs said after the meeting there was another reason for amending the ordinance.

“It is my understanding the businesses were being reassessed on property value and there was going to be a tax increase on them, and I just didn’t want to compound the cost to them. I thought we should give the business owner some relief on the cameras,” he said.

In a related matter, Flaggs said the city may hire a private contractor to install and maintain video cameras in the city.

He said he has asked employees in the city’s IT department to look at a proposal to purchase about 50 video cameras using American Recovery Plan Act funds.

“This will all be privatized; they would buy the cameras and install them and they would maintain them,” Flaggs said. “This company has a contract with the (Vicksburg) Housing Authority. I’m trying to duplicate it with that company.”

The mayor said city officials will look at other services like the cameras that can be privatized.

“The way I understand it, IT is being overwhelmed with in-house computers and the number of cameras we’ve added to the system,” Flaggs said.

Three Mississippi men arrested in connection with late May…