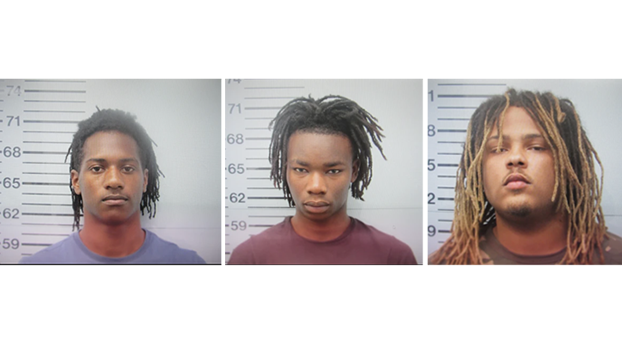 Three Mississippi men have been charged in connection with a late May armed robbery.

Oxford police investigated an armed robbery in the 1900 block of University Avenue on May 31.

According to an OPD news release, the three suspects were quickly identified, located and taken into custody without incident.