Caregiving disputes expected to rise with aging baby boomers population. What are the legal options in Mississippi? 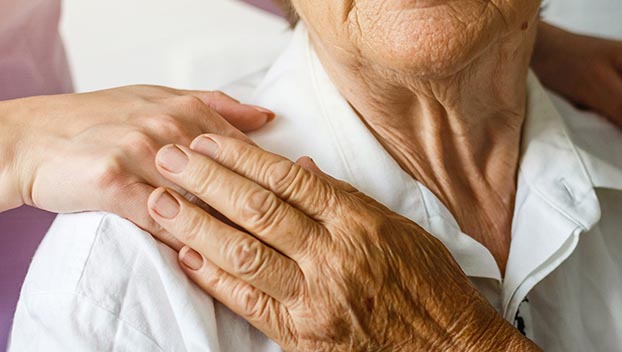 For more than one and half years, Alana “Lana” Slaughter was the caregiver with her family’s consent to  Kathy Mashburn, a woman she called a friend and mother figure.

Then they decided to boot her and her child out amid conflicting claims about the quality of care Slaughter was providing. The situation is a prelude to what portends to be a growing problem.

With elder care disputes expected to rise, elder-caring coordination is a legal process that has been adopted in some states, but not in Mississippi, to try to resolve disputes over issues affecting older Americans. The goal is to bring together older adults, their legal representative and other family members to resolve arguments and to put in place a plan for the care and wellbeing of aging individuals.

Through the Division of Aging and Adult Services, the Mississippi Department of Human Services offers two primary programs to assist caregivers: the Mississippi Family Caregiver Support Program and the Lifespan Respite Program.

‘I didn’t invite myself into this life’

Slaughter, Mashburn, and Mashburn’s family members – two of her sisters and a nephew – met Nov. 10, 2020, at the older woman’s Raymond home to form a team to work together and back each other up to keep her safe, comfortable and independent as long as possible. She had been diagnosed with progressive cerebral atrophy, a condition that leads to loss of brain cells and destroys the connections that help cells communicate. Cerebral atrophy can be the result of stroke or Alzheimer’s disease.

Slaughter and her 11-month-old toddler had moved into the home of then-66-year-old Mashburn in February 2020 after the woman became ill, but she said she took care of her long before the memory issues because of neuropathy as a result of nerve damage from cancer treatment.

“I didn’t invite myself into this life,” Slaughter said.  “I loved her as if she was my mom.”

Then after 18 months, the family wanted her out.

“She wasn’t a professional caregiver. She befriended this lady and moved in,” said Philip Gaines, attorney for the family.

Slaughter said she met Mashburn many years ago through the pest control company where the younger woman worked and later when she began cleaning houses and Mashburn was a customer. They became friends, Slaughter said. After her diagnosis, and when COVID hit, Slaughter, then 34, said she and Mashburn agreed she would move in. Slaughter didn’t have a job and didn’t pay rent but took on a variety of tasks and responsibilities including cooking, cleaning, laundry, managing Mashburn’s medications and making sure she took them. She was also responsible for keeping up with Mashburn’s doctor appointments and communicating Mashburn’s symptoms and needs to health professionals.

However, the woman’s family members say Slaughter ingratiated herself into the woman’s life. They say no one ever hired her as Mashburn’s official caregiver and that Slaughter isolated the woman from her family, not allowing them to visit.  Slaughter said she was always open and transparent with Mashburn’s family. She said Mashburn had told her she wanted her brother to leave the home, but Slaughter said she didn’t feel right telling the brother to leave.

Eventually, family members moved the woman out of the home she shared with Slaughter and had the locks changed. Slaughter said she was cut off from having any contact with her friend.

“We were extremely close. She gave me advice, she was a tough love,” Slaughter said.

Slaughter and family members have completely different views on what happened.

Slaughter said she didn’t seek anything financially from the Mashburn.

She told MCIR that Mashburn’s family members never said they wanted to take over her care. She said the plan had been for her to continue to live with her friend and take care of her.

Slaughter said Mashburn’s brother came to town and said he wanted to be more a part of her life. He asked to stay with her temporarily. Slaughter said she went to live with her mother, who lived about 10 minutes away, while the brother was living with his sister, but she continued to check on her and had gotten her accepted into an Alzheimer’s trial.

According to Slaughter, the brother took his sister from the home. Slaughter said she was supposed to meet with her friend the following morning, but no meeting took place. She said she sent a text and emails to the brother but got no response.

But Marilyn Hetrick, Mashburn’s sister, told Mississippi Center for Investigative Reporting that the family rescued the woman from Slaughter, who she said had inserted herself into the woman’s life. Hetrick said Slaughter wanted her sister to buy her a house. The rental -lease agreement, dated June 21, 2021, said Mashburn acknowledges the living agreement is not mutually beneficial to Slaughter until both parties move into a mutually owned residence in Countrywood in Clinton. The agreement said if the move didn’t occur Mashburn would pay Slaughter $600 per week from February 2020 to the time she vacated the Raymond home.

Slaughter said Mashburn was holding some funds she gave her toward the mutual ownership of a home. She said it wasn’t a large amount but didn’t provide an exact amount.

“We are praying for Alana, we hope she gets the help she needs,” Hetrick said. “It’s all about Alana.”

Slaughter said she filed a missing person report with the Hinds County Sheriff’s Department after Mashburn was removed from the home they shared but was told they couldn’t do anything since Mashburn’s family member was behind the move.

Slaughter has posted videos of the brother and a woman supposedly removing items from Mashburn’s home, including some items she said belonged to her, but family members say they were retrieving Mashburn’s items to take to her new home.

Slaughter said the hardest thing for her is that she hasn’t been able to see her friend to make sure she is receiving the care she needs.

“This has taken so much from me inside,” Slaughter said. “It has made me lose part of my soul.”

When discussing Slaughter as a future caregiver, Hetrick said “I certainly hope no one gets her.”

Make a plan, get references

Family members say Mashburn’s condition has improved since she is now living with relatives.

AARP caregiver legal expert Amanda Singleton, a St. Petersburg, Florida, attorney, has written that whether considering a caregiver or making plans for a caregiver expect discord at some point.

She urges a legal, financial and holistic plan be put into place for the care recipient and caregiver. She said when making a plan, envision what you can do to make the process as seamless as possible for caregivers.

Singleton said individuals in need of care should explore if there is a way to pre-select a guardian in case they are ever incapacitated and need of a court-appointed guardian. Also, she said the right documents, such as power of attorney, health care proxy or surrogate, may stop those with bad intentions if they try to gain control over you and your money.

Gaines, a Jackson attorney with experience in litigation, mediation and arbitration, said he believes there is significant risk if you don’t get a licensed professional caregiver when no family member is available. He said if considering a non-family, non-professional caregiver, seek references. “We don’t know how many older people are being victimized,” he said.