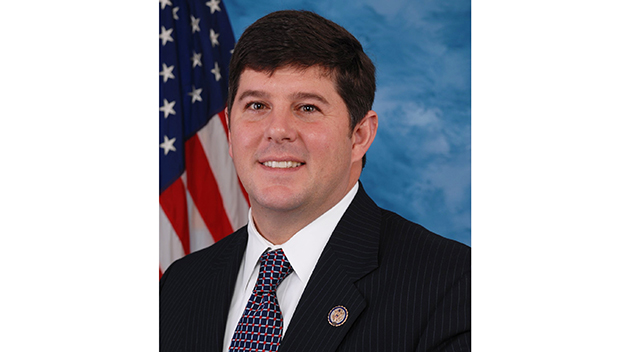 Jackson County Sheriff Mike Ezell announced Thursday he has been endorsed by all five other Republican challengers ahead of his June 28 runoff against incumbent U.S. Rep. Steven Palazzo.

Ezell, who was one of six Republicans to challenge Palazzo in Tuesday’s primary election, was flanked in a Thursday press conference by four fellow candidates, including third-runner in Tuesday’s primary businessman Clay Wagner and distant fourth-runner state Sen. Brice Wiggins.

“My campaign slogan was we deserve better than what we have, and we’ve got the man right here who will be better,” Wagner said at the Ezell press conference. “He’s got my full endorsement.”

Wiggins noted he and Ezell have been longtime friends and worked together when Wiggins was an assistant district attorney.

“He is an honorable, stand-up law enforcement guy,” Wiggins said. “He knows how to get the job done. He knows how to take on the things we’ve seen in D.C. … 63% of the voters in South Mississippi (in the Tuesday primary) chose somebody other than the incumbent. That’s a mandate for change.”

Palazzo, who has held the 4th District U.S. House seat in South Mississippi since 2011, received about 32% of Tuesday’s primary vote in unofficial results — a poor showing for a longtime GOP incumbent in a district considered safely Republican. Ezell received 25% and Wagner 22%.

The Republican primary race for the 4th District has not centered on major policy differences to date, but more on Palazzo. He has been under a congressional ethics investigation for a year and a half over allegations of misspending campaign and congressional money and misuse of his office. Over years, Palazzo has also faced criticism for not holding town halls or attending many public events in his district, garnering a nickname of “No-show Palazzo” among detractors.

While endorsing Ezell on Thursday, challenger Carl Boyanton said: “I ran with one thing in mind: to get Palazzo out of office.”

Palazzo, who left the district headed back to Washington on Tuesday before primary votes were counted, did not immediately respond to a request for comments to his campaign spokesman on Thursday.

In a press release after Tuesday’s vote pushing him into a runoff, Palazzo said: “It’s an honor to serve south Mississippi, and it’s something I do not take for granted. I’m grateful for our supporters and volunteers who worked hard in this election and who will work hard to help us over the next three weeks. We now turn our attention to the run-off, and we will not be out-worked. We will continue talking to voters about what we’ve been able to accomplish and our plans for promoting policies to restore economic growth, secure our borders, and keep Americans safe.”

Ezell, in a new runoff ad, continued to hit Palazzo on the ethics allegations and complaints of being inaccessible in his home district.

“You have a clear choice,” Ezell said. “Steven Palazzo has been under the cloud of an ethics investigation … Mike Ezell has served with honesty and integrity as a law enforcement officer for 40 years fighting crime, cleaning up corruption and saving taxpayers millions. On June 28, the choice is clear. Mike Ezell is the conservative Republican who will show up to represent our values every day.”