Best Italian films of all time 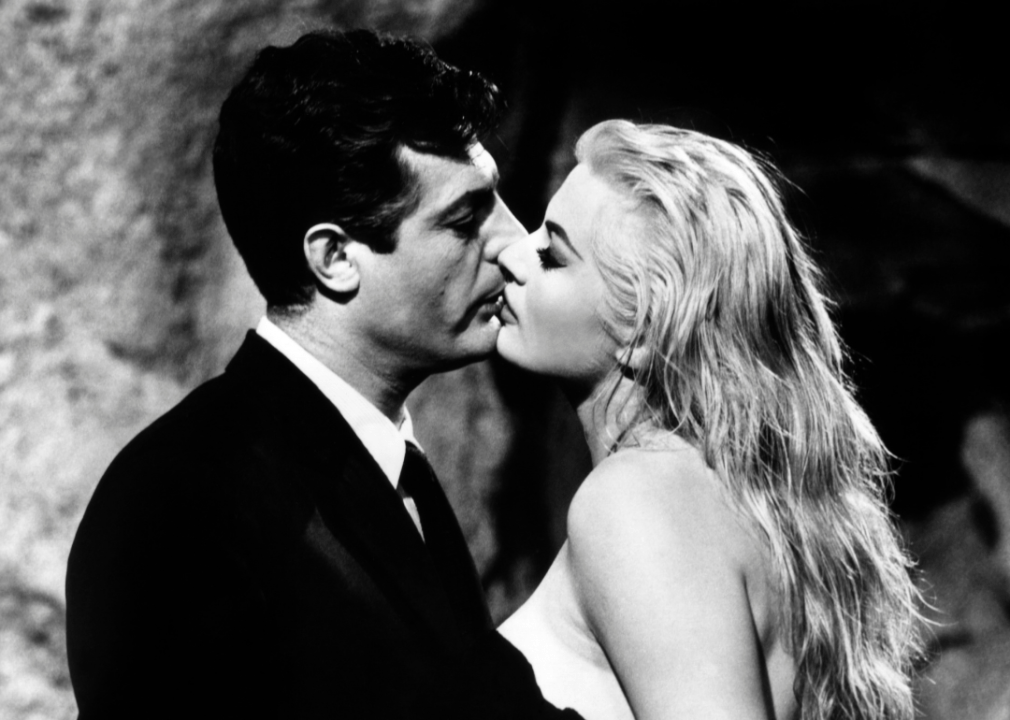 Best Italian films of all time

Italian cinema is known for its enticing melodrama, spellbinding production design, and arresting visual style. Italian film masterpieces still have an extraordinary charm over American cinema and global film movements alike due to their stylish watchability. Italian comedies are known for their brisk and acerbic satire of cultural norms, while many Italian dramas examine the impact of the country’s fascist history and Nazi occupation before, during, and after World War II.

For that reason, Giggster looked at all Italian-language feature-length movies from Italian filmmakers and ranked the top 25 according to IMDb user rating, with ties broken by votes. Films had to have at least 2,500 user votes to be considered. Spaghetti Westerns with primarily English-speaking casts were not included.

Roberto Rossellini’s “Rome, Open City,” like many of the films on this list, is hailed among the iconic Italian motion pictures to arise from the neorealist film movement distinguished for immersing audiences in immediate reality. The neorealist movement used amateur actors, long takes, and haunting plotlines to evoke a sense of empathetic humanity in viewers. Try watching Vittorio De Sica’s masterpieces “Bicycle Thieves” or “Shoeshine” without crying. 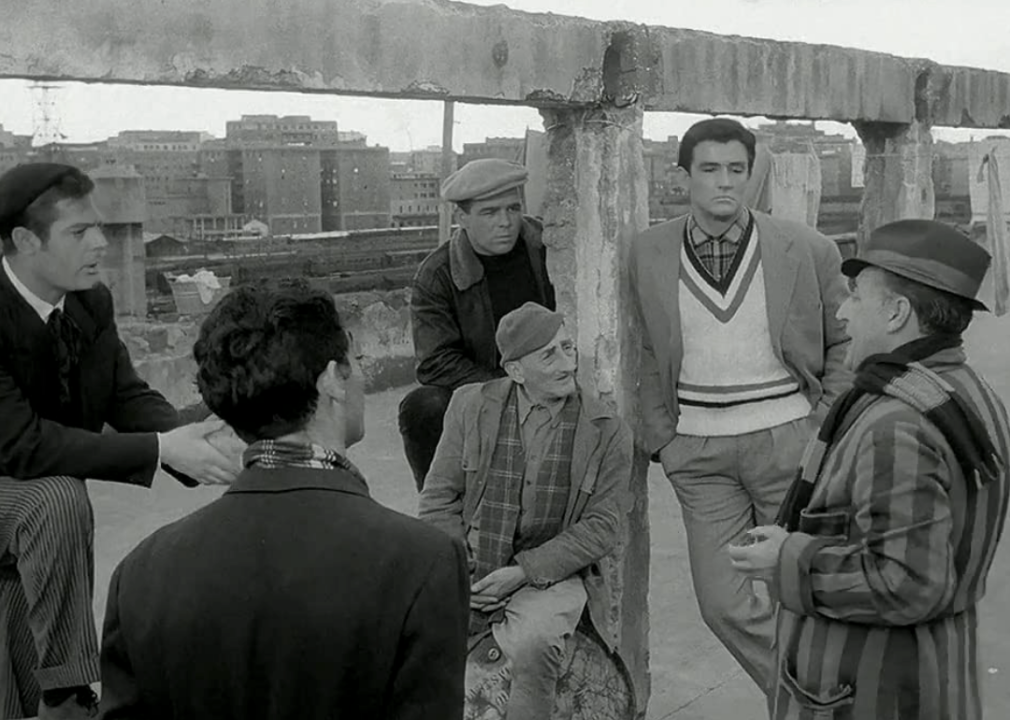 In “Big Deal on Madonna Street,” a motley crew of misfit thieves attempts to burglarize a pawn shop and are thwarted at every turn. The film parodies “Rififi,” a French heist flick about expert robbers, and offers lively fresh comedy in its focus on a team of nitwits, going against the genre’s usual focus on slick criminals who know what they’re doing. 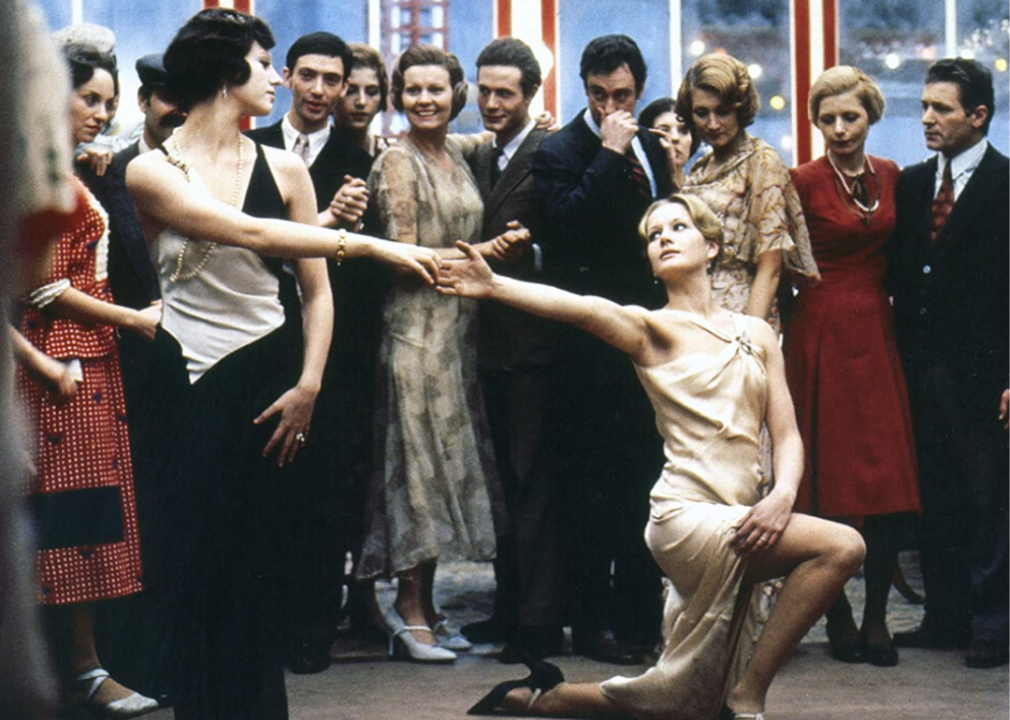 Bernardo Bertolucci’s captivating drama about betrayal plays out with a fascist sympathizer flashing back to his youth and assignment to assassinate his former professor in 1930s France. Gorgeous cinematography and period details provide the backdrop for a story about the chilling costs of conforming to fascist rule. 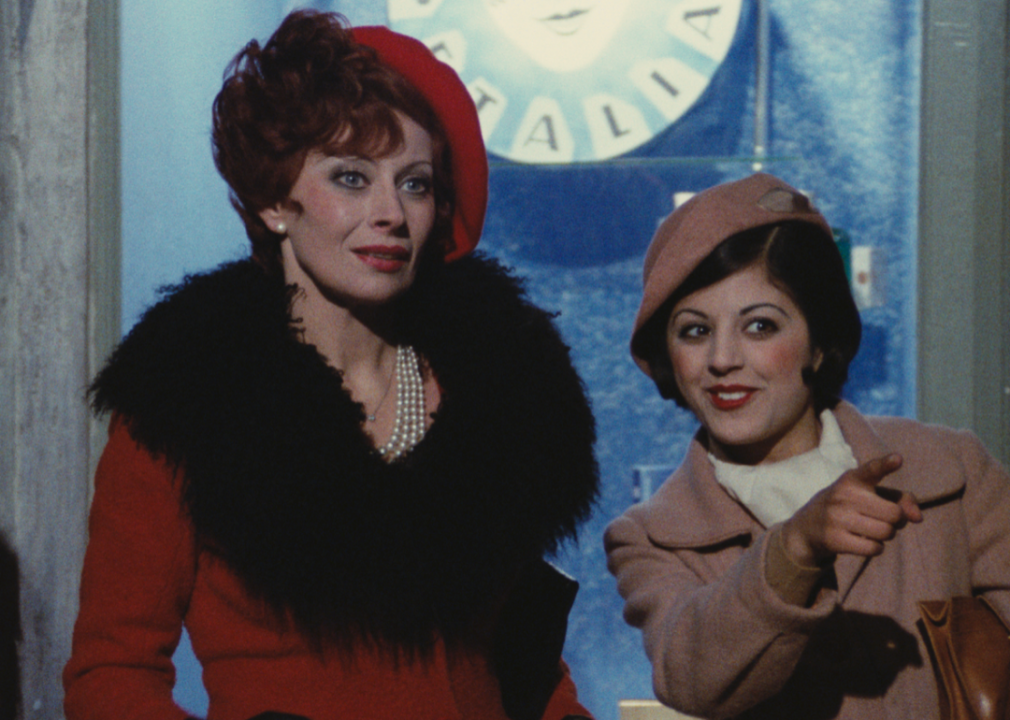 Federico Fellini’s nostalgic immersion into childhood in 1930s Italy brims with color, style, and humor. “Amarcord,” which translates to “I remember,” examines a small town during the fascist regime with slice-of-life presentations of the townspeople across a single year. The film won the Academy Award for Best Foreign Language Film and remains one of Fellini’s most popular works. 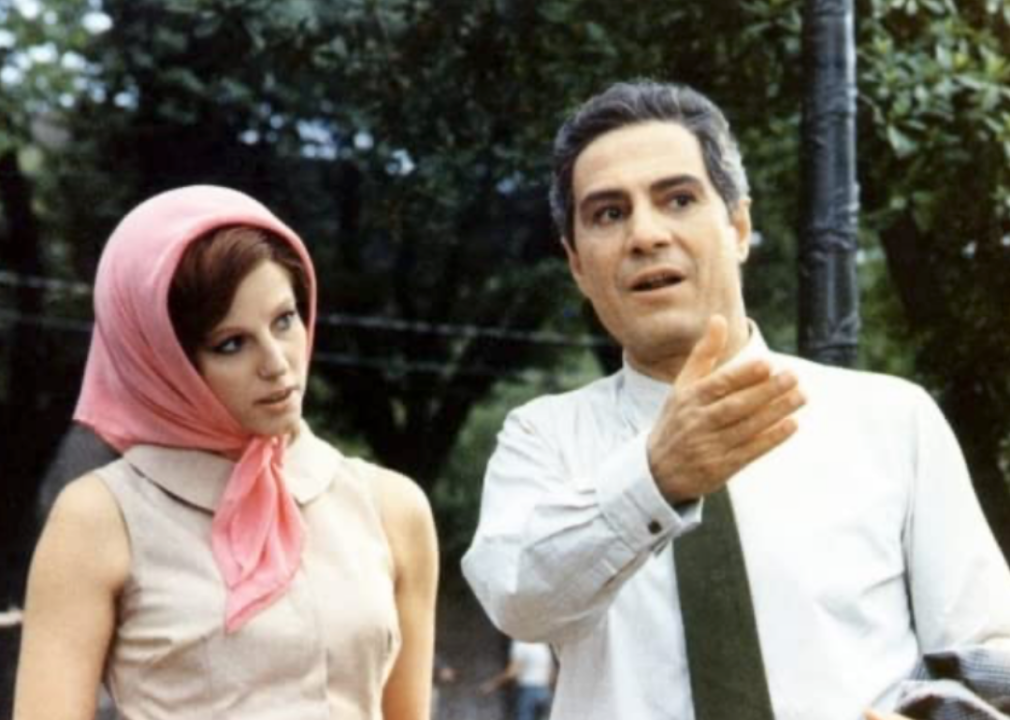 Ettore Scola’s rhapsodic comedy explores Italy’s political history through the story of three friends and the different paths they take after fighting in World War II. One of them becomes a film critic, inspired by the movie “Bicycle Thieves,” allowing an exploration of Italy’s most emblematic films as part of the drama. The film is a tribute both to an idealistic generation and to Italy’s auteurs. 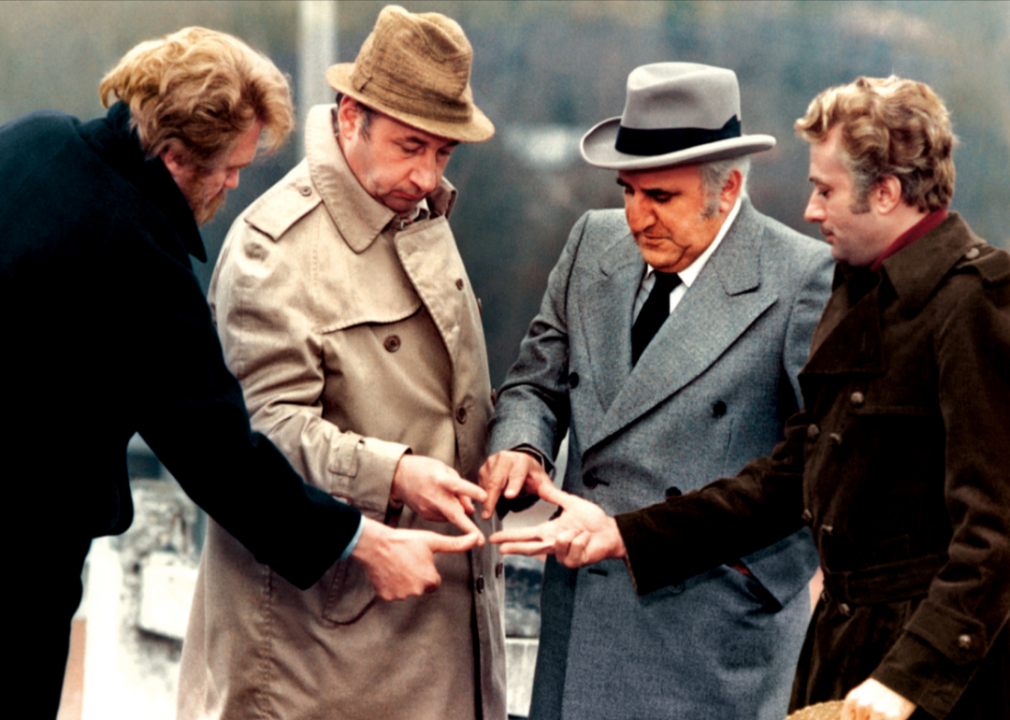 Set in Florence, Italy, the raucous comedy “Amici miei” (“My Friends”) follows four friends in their pursuit of pranking one another as a response to the absurd sorrows of being middle-aged. The popular film spawned several sequels and is known for its black humor when even death and a funeral become part of the fun. 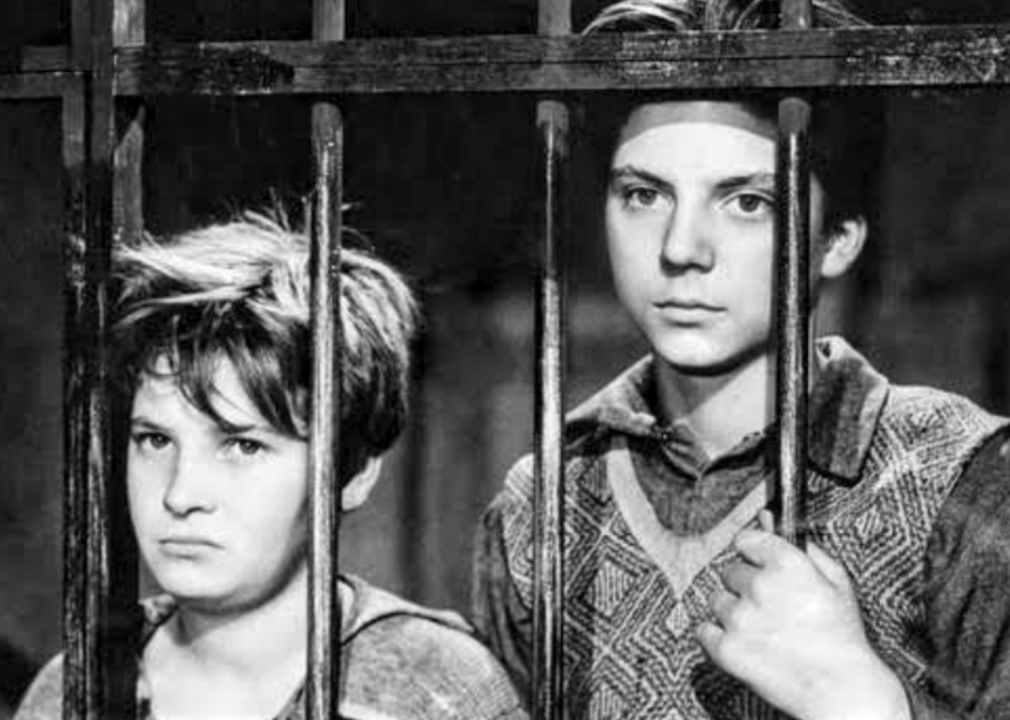 In this 1946 film, two young shoeshine boys toil in postwar Rome in hopes of earning enough money to buy a horse. They end up jailed and caught up in a scheme orchestrated by one of the boys’ older brothers that sets a course where desperate situations become even worse. Vittorio De Sica’s neorealist style offers a moving, harrowing portrait of innocence lost in the midst of a harsh society. 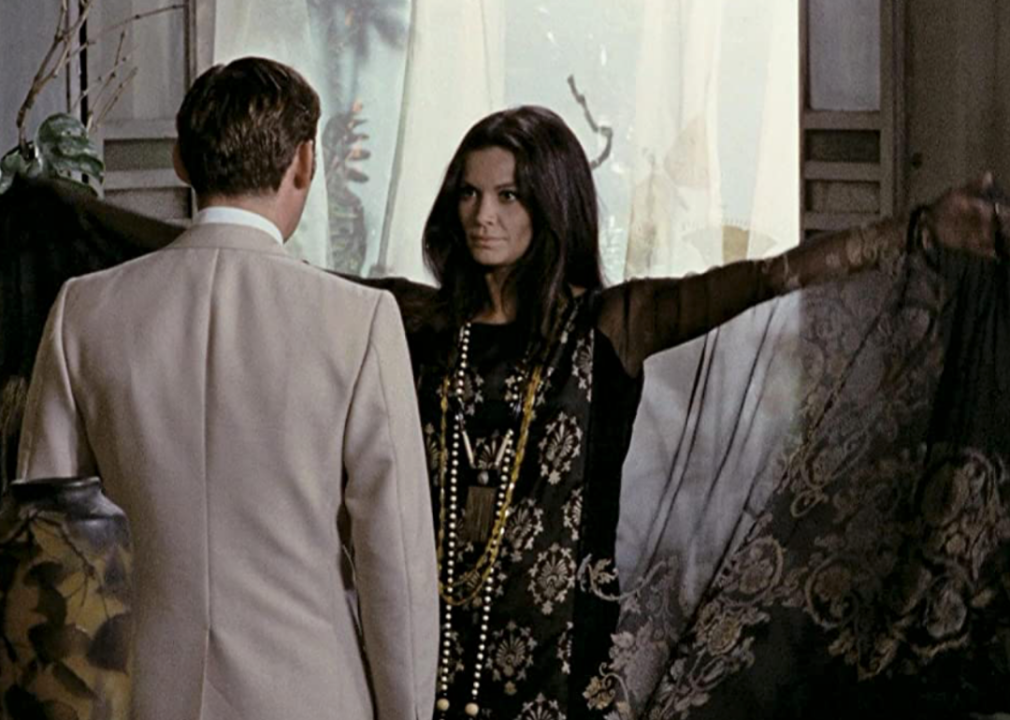 This stylish crime satire parodies investigative thrillers, turning the genre topsy-turvy with elegant humor. A police chief (Gian Maria Volonté) murders his mistress and manipulates the crime scene, leaving clues about his culpability. Despite his obvious guilt, the cops seem unable to implicate him, offering an ominous critique of power and machismo. 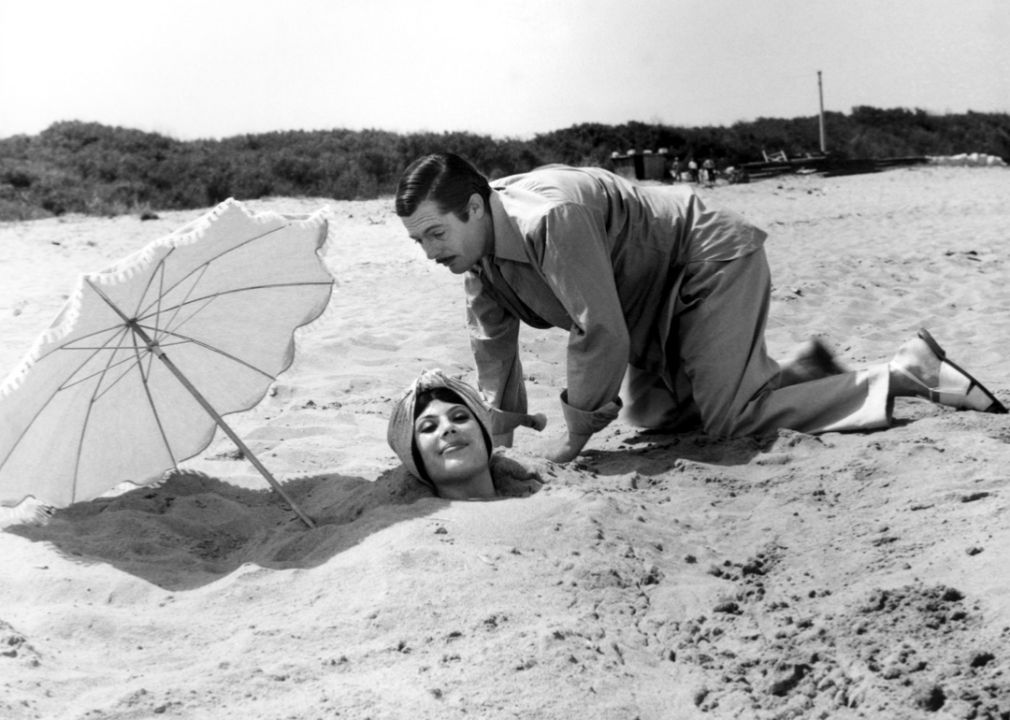 Pietro Germi’s stylish masterpiece uses expressionist compositions to create absurdist comedy in its story about a man lusting for his teen cousin who simultaneously schemes to kill his wife. Marcello Mastroianni was nominated for a Best Actor Oscar for his performance in this international hit that aimed to skewer rigid laws outlawing divorce. 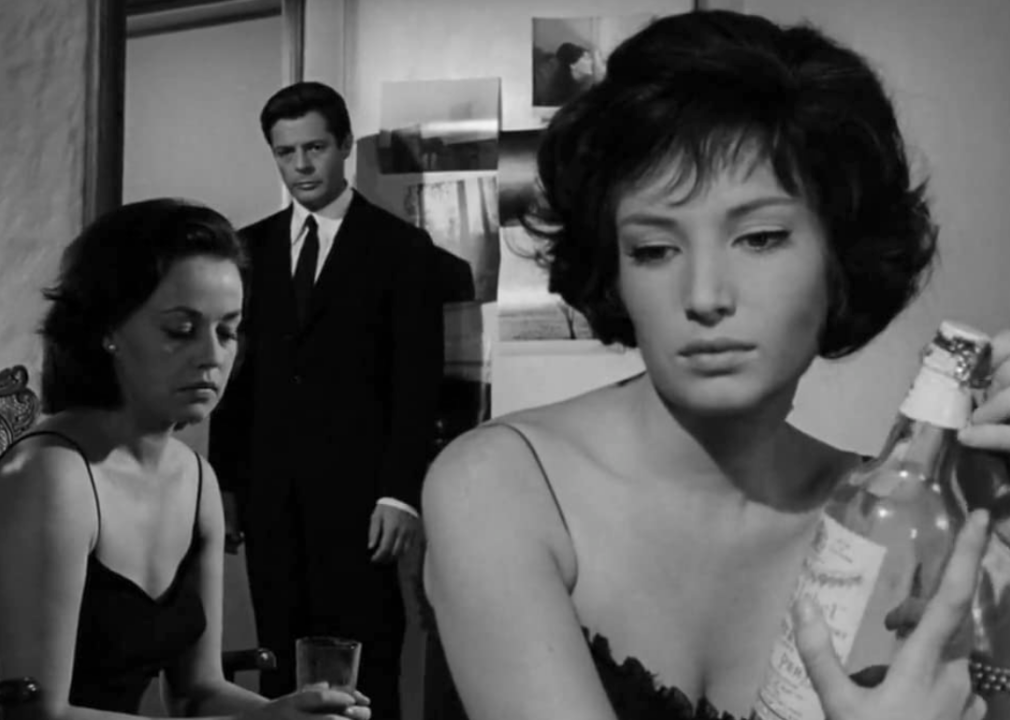 Michelangelo Antonioni is known for his stunning visual tableaus, which focus on actors in moody environments that elicit a sense of mesmerizing existential despair. “La Notte” focuses on a married couple who can’t find a way to communicate their aches and struggles. Marcello Mastroianni and Jeanne Moreau play the unfaithful couple with an unsurpassable chasm between them. 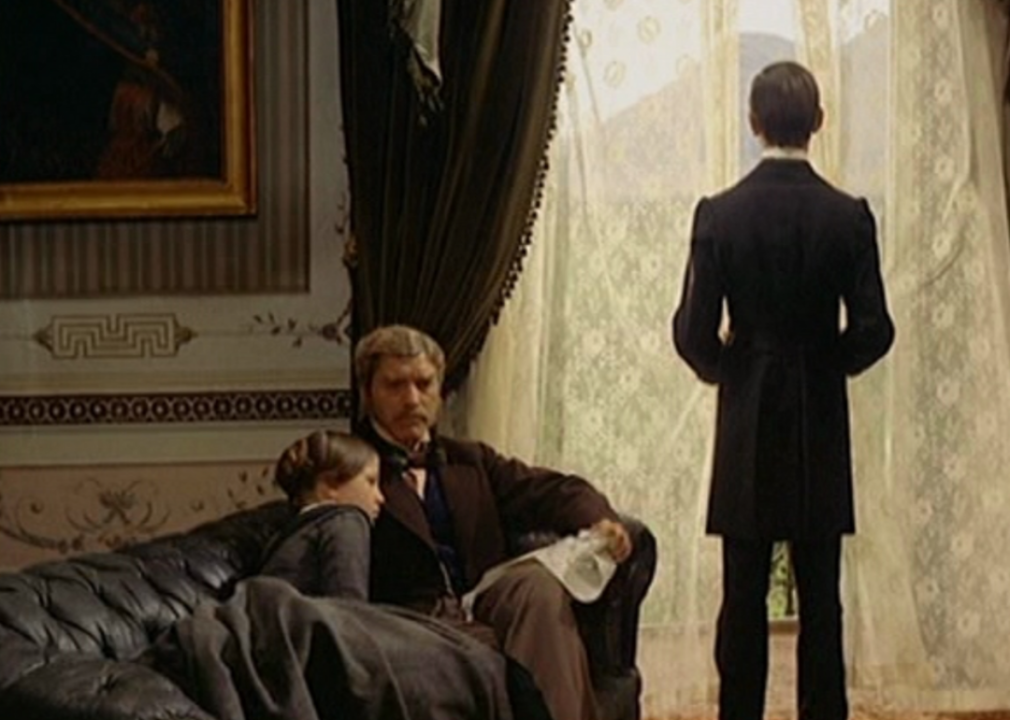 Set amid Sicilian aristocrats in the 1860s, “The Leopard” stars Burt Lancaster as an aging prince in this searing historical family melodrama. It features sweeping vistas, epic battles, and elaborate period details of Italy’s upper class. Lancaster plays a patriarch coping with the changing political and social landscape of his nation. Filmed shortly after the end of the Nazi occupation and set during the fascist dictatorship barely a year earlier, “Rome, Open City,” introduced the searing neorealist style of documentary-like immersion in action. The plot follows members of a resistance group and the horrors they endure attempting to escape the city. The film features some of the most famous realistic sequences in cinema to capture the humanity of those caught within jarring violence. 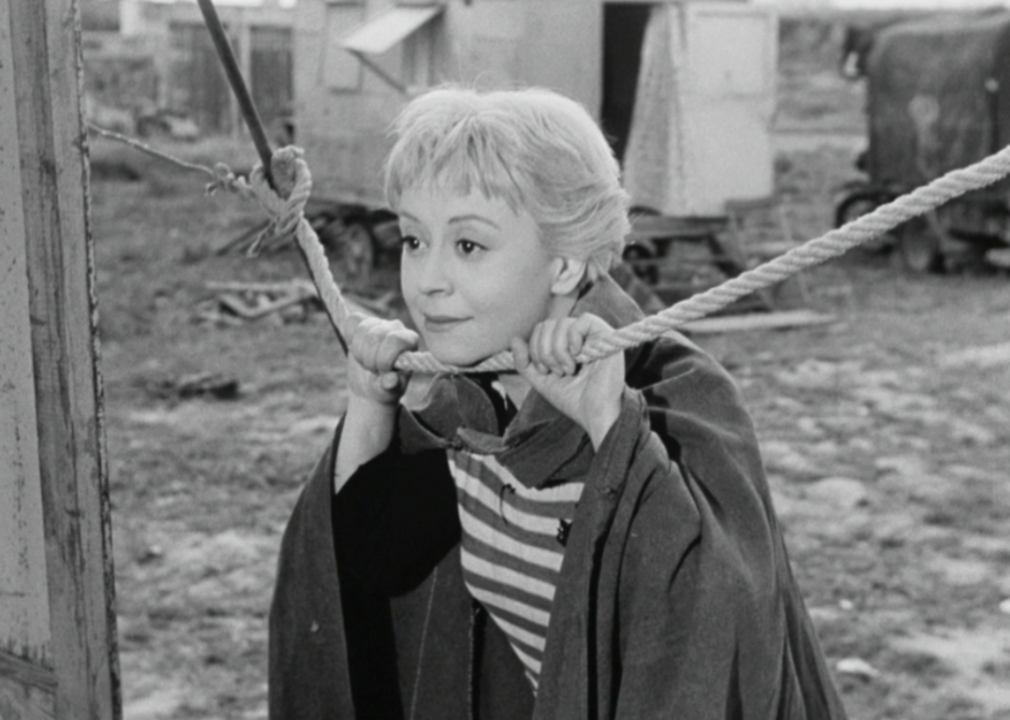 Federico Fellini’s “The Road” infuses a neorealist tragedy with whimsical elements. Giulietta Masina plays Gelsomina, a young woman sold to the brutish Zampanò (Anthony Quinn) by her desperate mother. Masina’s moving performance captures a sense of innocence and resilience as Zampanò takes her on the road as a performer, meeting a kindred spirit in a circus clown along the way. 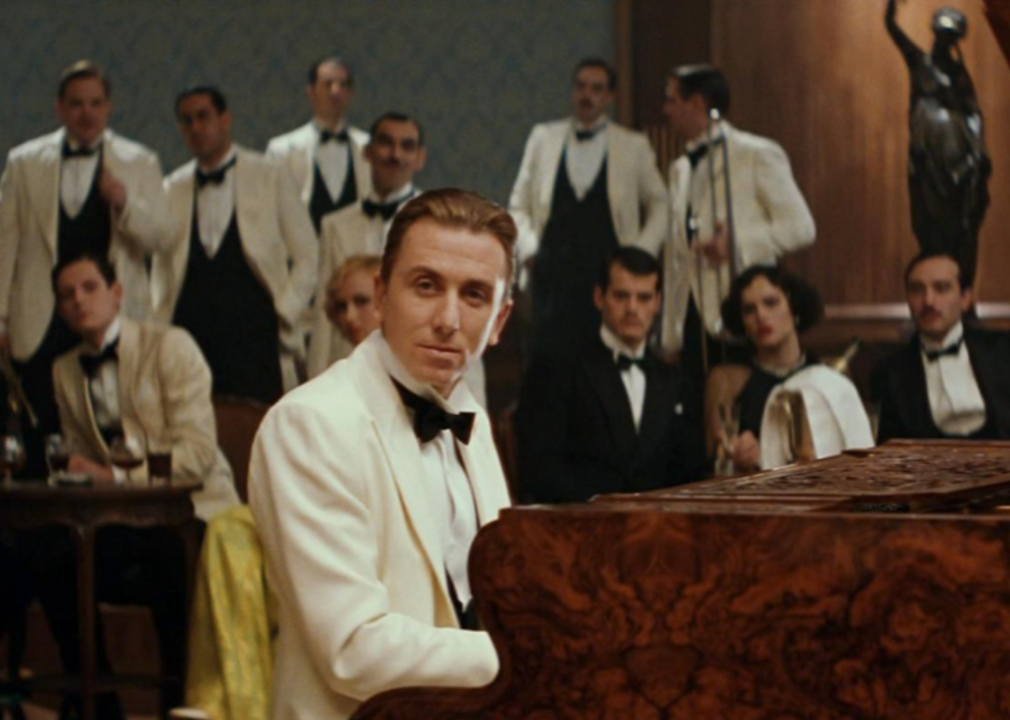 In “The Legend of 1900,” Tim Roth plays a virtuoso pianist called 1900—named after the year he was born—who was found abandoned on a ship as an infant. Immigration is one of the many themes of the film, which takes place on a ship voyaging to America. Refusing to set foot on land, 1900 stays on the vessel playing legendary piano, drawing challenges by such jazz greats as Jelly Roll Morton. 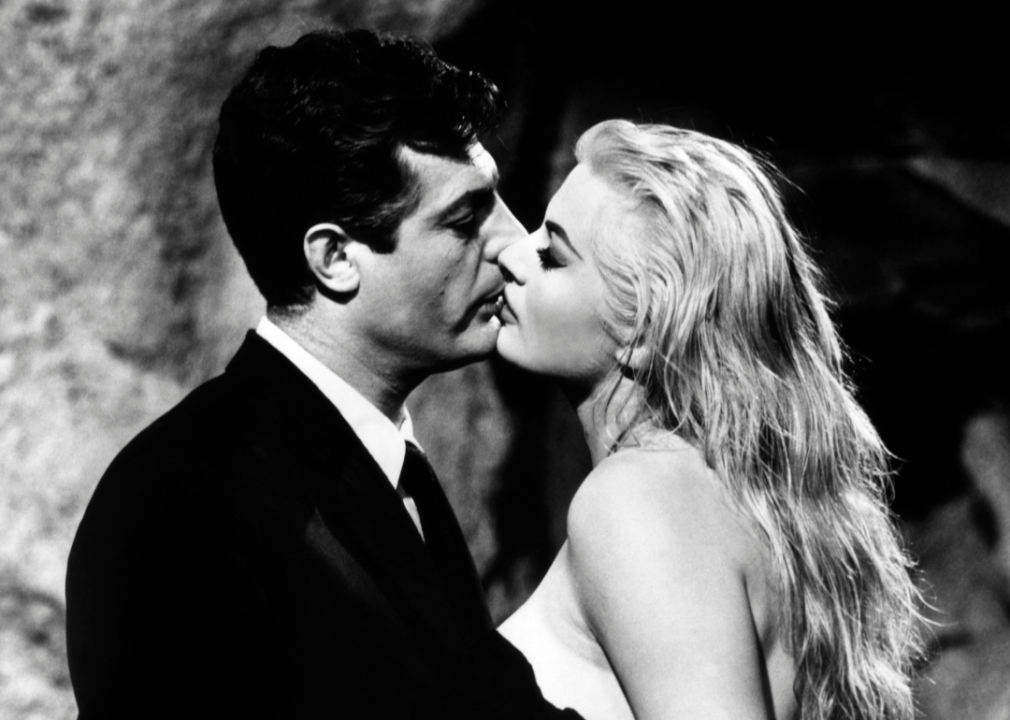 Marcello Mastroianni stars as a journalist in Federico Fellini’s masterwork of over-the-top style and cinematic decadence. Told in a series of vignettes, “La Dolce Vita” remarks on the nature of celebrity, photography, modern detachment, observation, and moral depravity. It contains the iconic scene where the journalist, with Anita Ekberg as a famous actress, frolic in the Trevi Fountain. 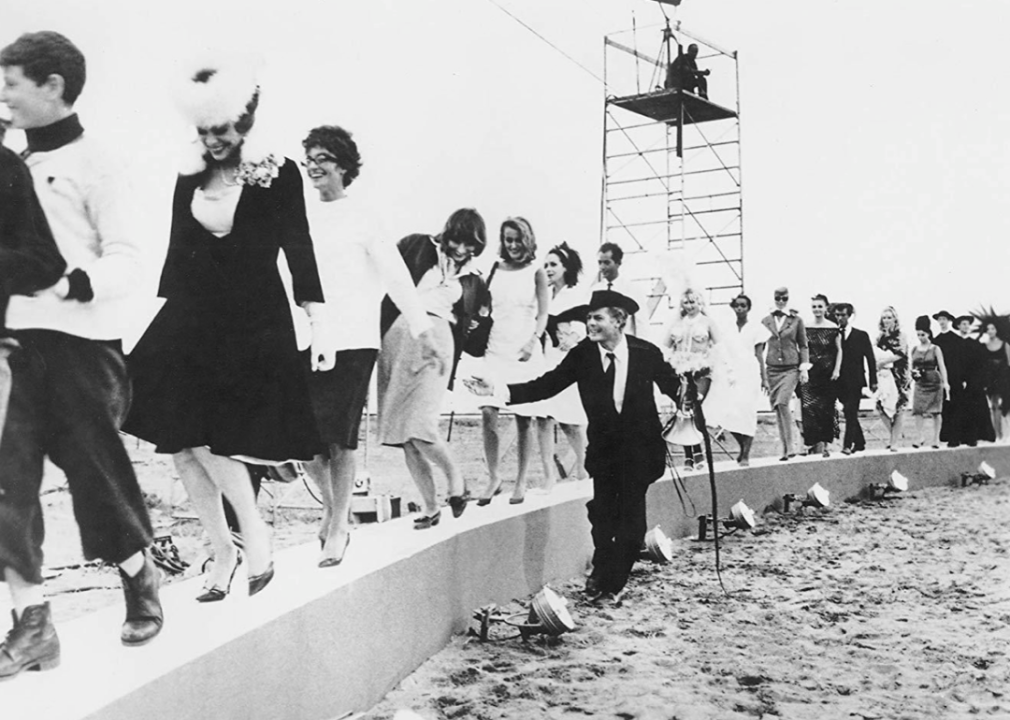 Federico Fellini’s dreamlike rhapsody about the experience of a movie director gets its title from being film number 8 1/2 for the auteur. The black-and-white cinematography features stunning surrealist imagery, such as the opening traffic jam where a trapped man escapes his car and floats away. Critics consider it an autobiographical masterpiece about movie-making itself. 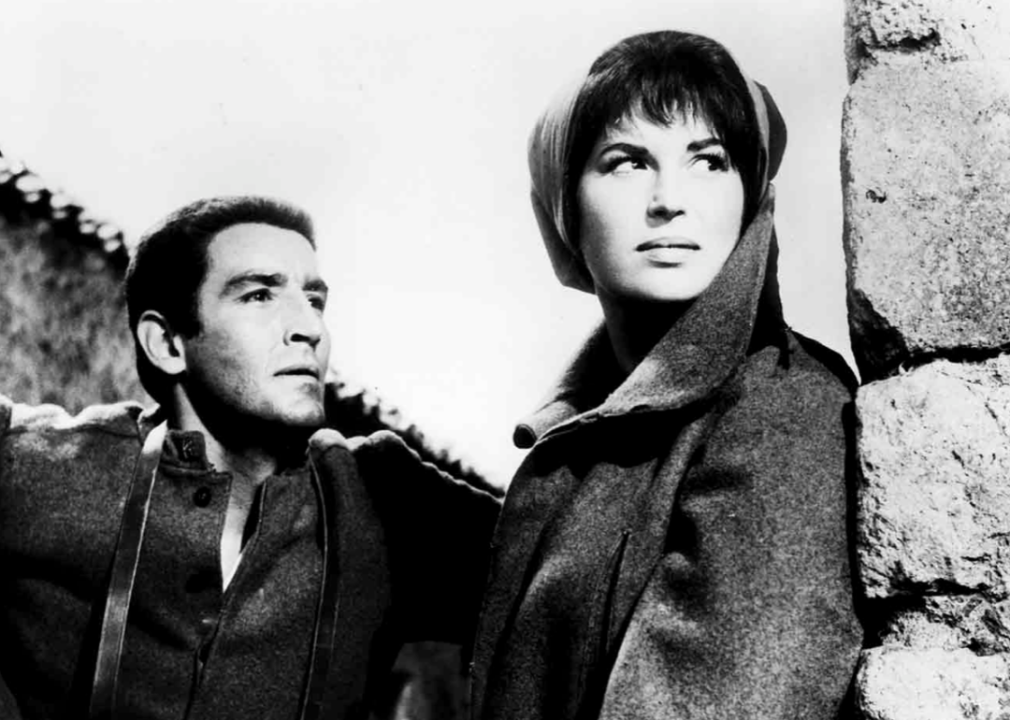 Alberto Sordi and Vittorio Gassman play woeful patriots who become conscripted soldiers in this black comedy set during World War I that explores bleak horrors with an absurdist bent. The two friends meet in a doublecross to elude service but befriend each other on the way to the frontlines, where their lack of honor and loyalty come to the fore with a chance for redemption. “The Great War” is lauded for its realistic depiction of war and its focus on anti-heroes. 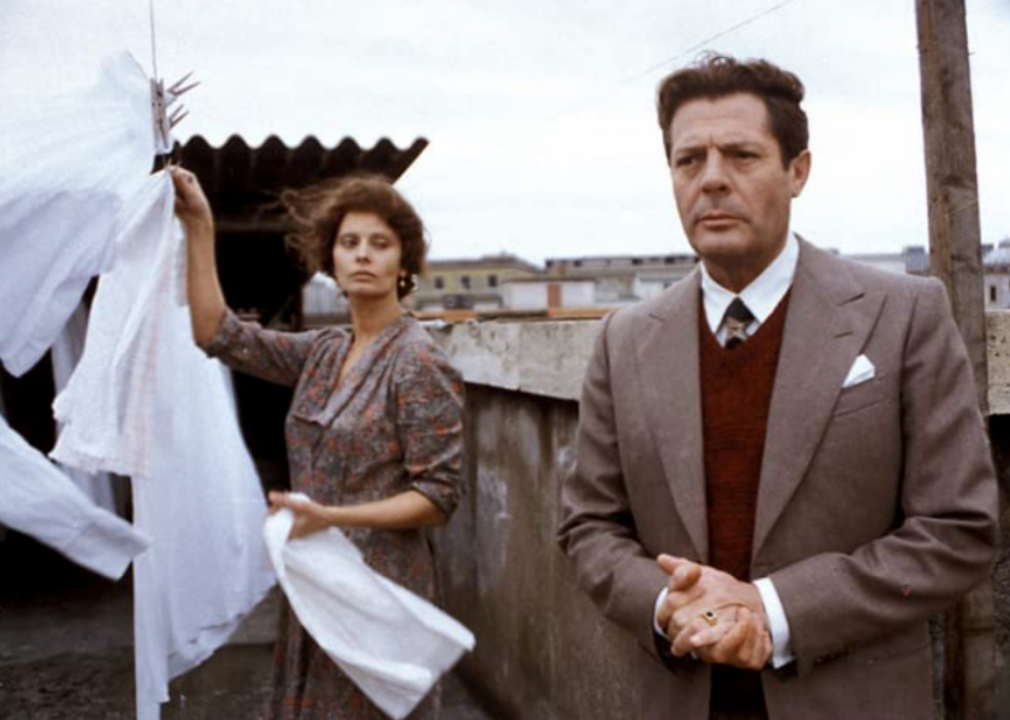 Set in Rome in 1938, “A Special Day” features intimate long takes that pare down the usual glamor of superstars Sophia Loren and Marcello Mastroianni to depict the desolation of the fascist time period. The film is considered a commentary on Italy’s history and the desperation at the center of everyday life. Loren plays a housewife and Mastroianni is the neighbor she befriends, both caught within an oppressive, inhumane culture. 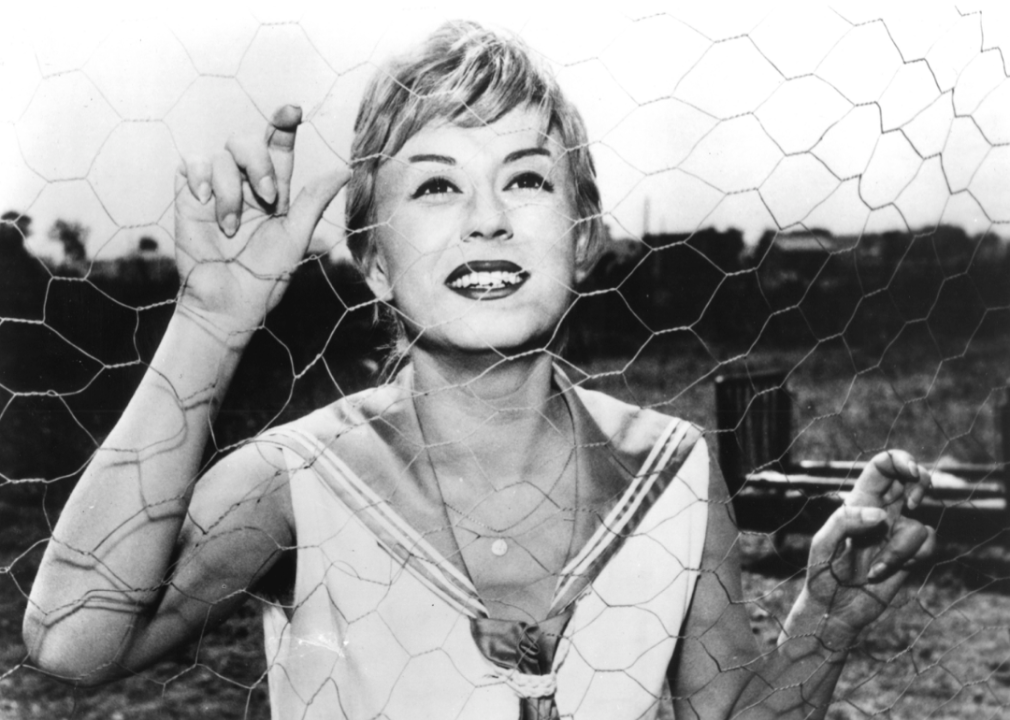 From its searing, bitter opening, Giulietta Masina as the titular Cabiria gives a riveting performance as an intrepid prostitute who has a series of encounters with men who center around a street corner in Rome. Cabiria’s plight, though often grim, is portrayed with a deep sense of her heroic humanity. The film depicts brutality toward women, but Masina carries the movie with a portrayal of mesmerizing strength amid unbearable disappointment. 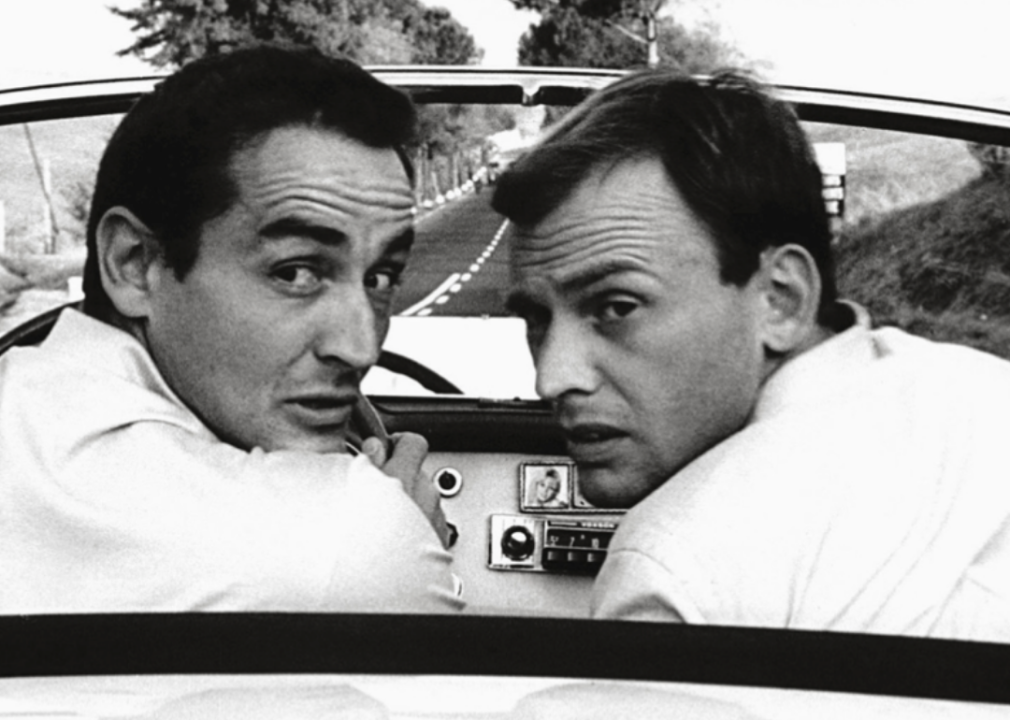 One of the most iconic road movies ever made, “Il Sorpasso” offers a buoyant travelog on Italian terrain in 1962. Jean-Louis Trintignant plays a law student who happens upon Bruno (Vittorio Gassman), a raucous man in a convertible who invites him for a ride. The two spend a few days traveling across the country having various adventures that move from the profound to the reckless in this popular comedy. 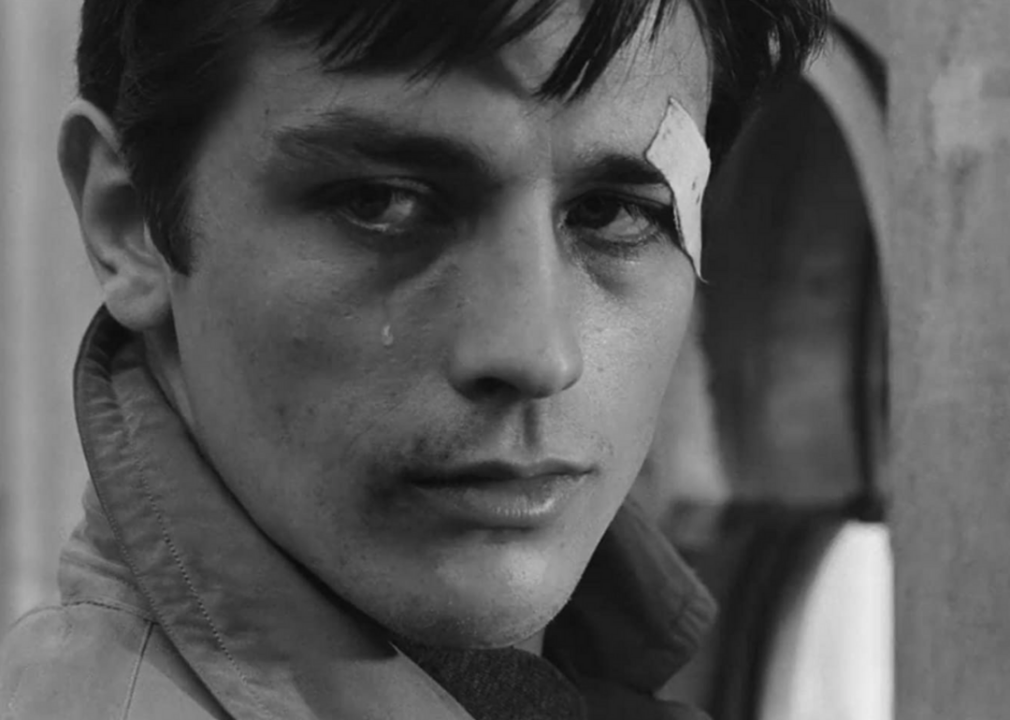 In director Luchino Visconti’s gorgeously shot epic family melodrama, a newly widowed woman moves to the big city, Milan, with her five grown sons. The young men clash over their changing circumstances and—for two of them—their interest in the same woman. Events turn tragic for Rocco, who becomes a boxer to support his family, as his brother Simone takes a tragic and brutish turn. 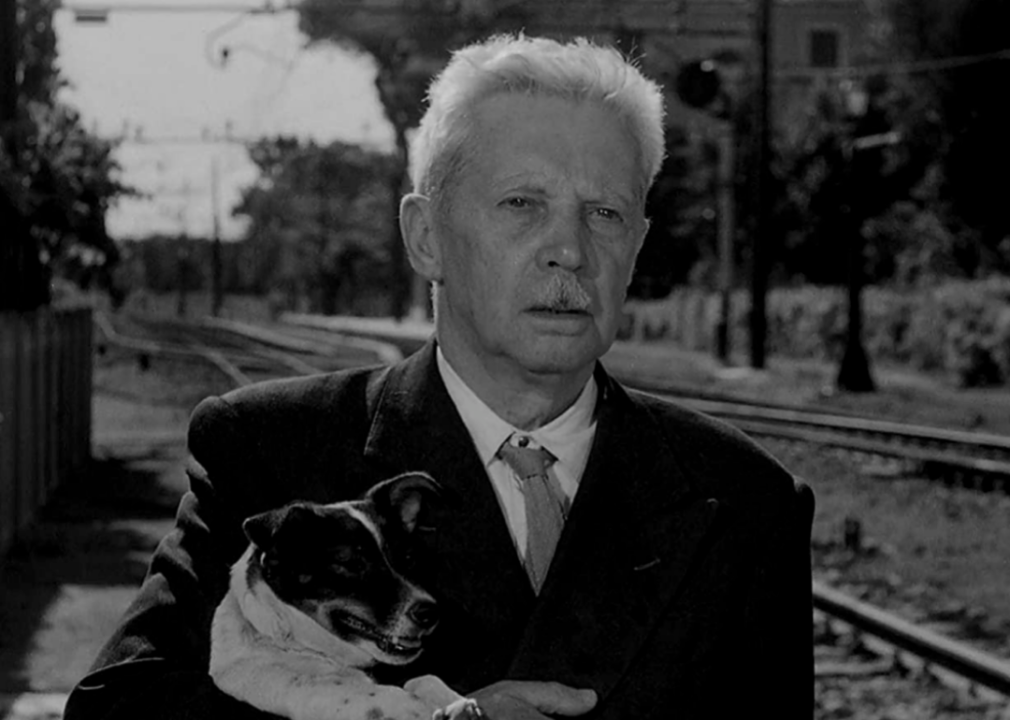 In this masterpiece of Italian neorealism, an elderly man, the titular Umberto (Carlo Battisti), finds himself in financial peril and soon to be homeless. With his small dog in tow, Umberto searches for any help and finds himself adrift in a social system with no support. Director Vittorio De Sica often used nonprofessional actors to achieve a sense of realism, and this was Battisti’s only film role in a performance that was evocative and moving. 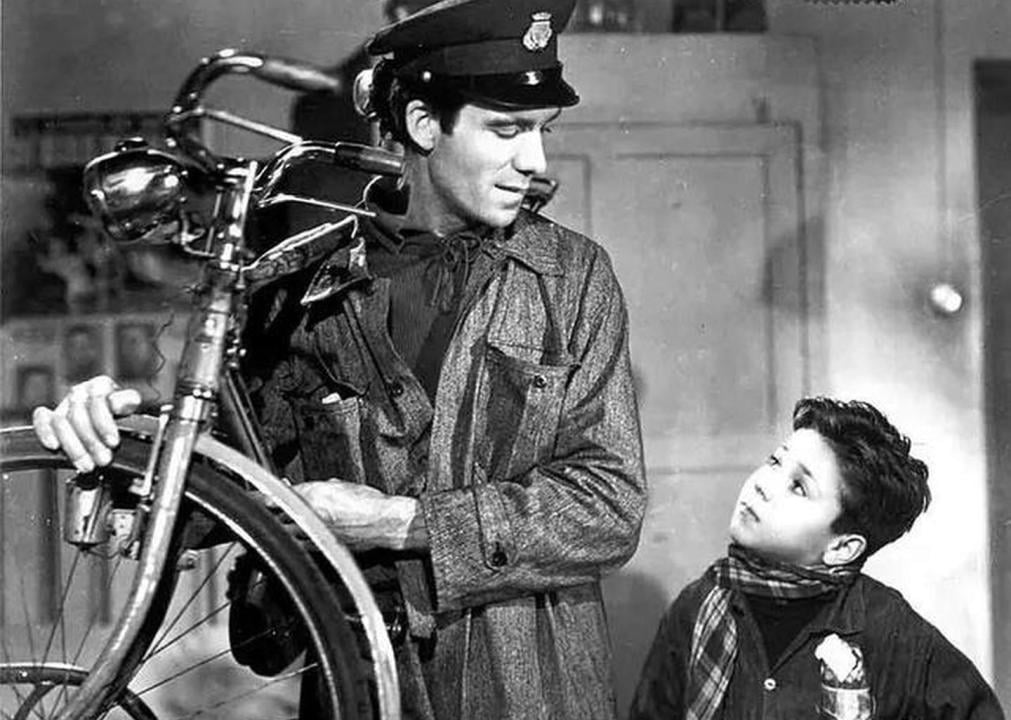 Actor Lamberto Maggiorani, the star of the iconic “Bicycle Thieves,” made his debut as Antonio in this neorealist work about a father desperate to support his family in post-World War II Rome. Maggiorani was a factory worker both before and after assuming the role, which intended to show the difficulties of poverty through an aesthetic of extreme realism. The film takes place across a day where things go from bad to worse after Antonio’s bicycle is stolen—he can’t keep his job without it. 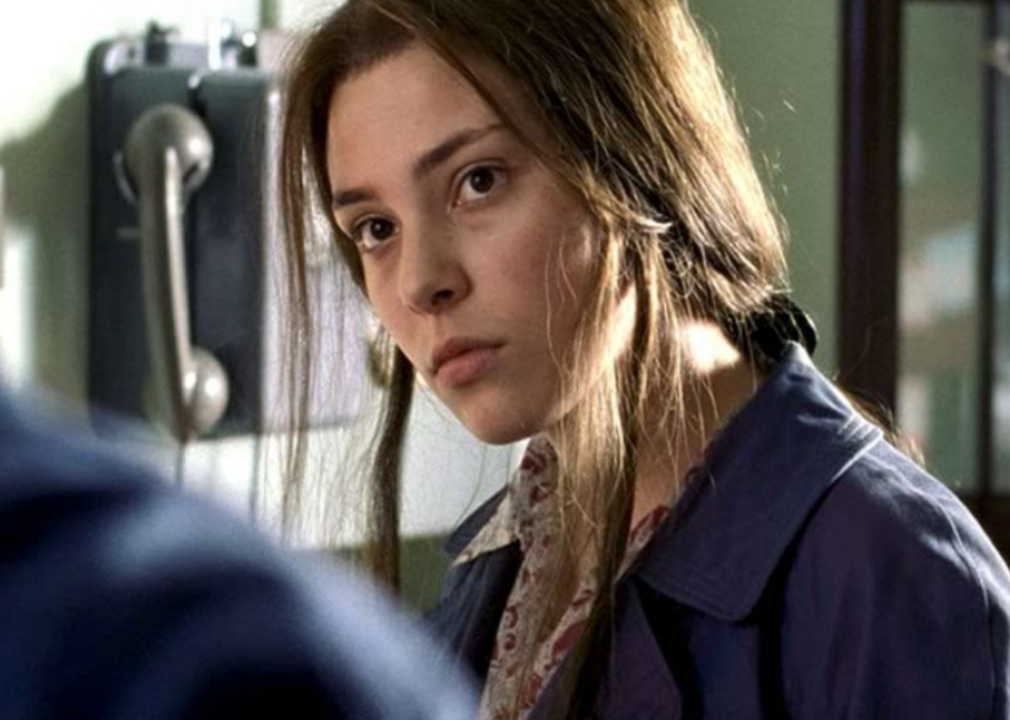 This acclaimed historical drama follows one family across nearly 40 years and clocks in at just over six hours runtime. The relationship between two brothers becomes the focal point against the backdrop of political and socio-economic upheaval in Italy. The film has been lauded for its production design and the searing emotional force in its portrayals of everyday life. 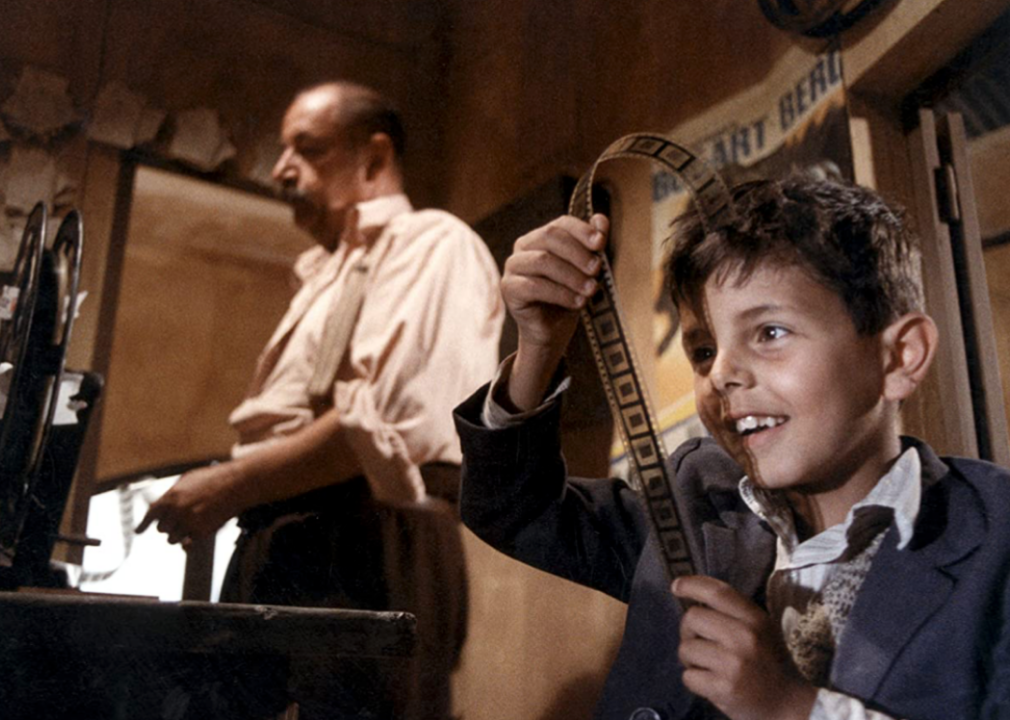 “Cinema Paradiso” is an homage to cinema itself as it explores the joys of movie-watching through the eyes of a young child who befriends the local projectionist. The drama follows the life story of the youngster, who grows up to be a film director, as he deals with love and loss. The acclaimed drama features movie clips from across the silent film era as it depicts the profound power of the moving image to enrapture audiences. 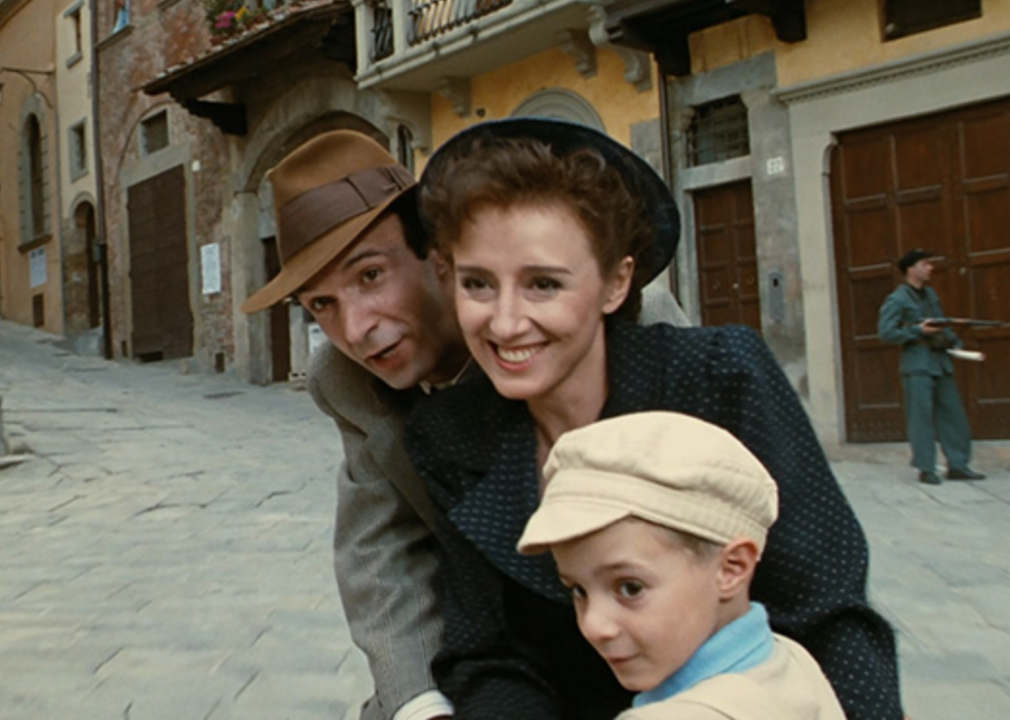 Though some audiences and critics found the premise of “Life Is Beautiful” problematic, the dramedy set in a concentration camp during the Holocaust won several awards, including the Grand Prix at the Cannes Film Festival and the Oscar for Best Foreign Language Film. Roberto Benigni directs, co-wrote, and stars as a father, imprisoned with his young son, who creates a game of the circumstances to help his child cope with horror.