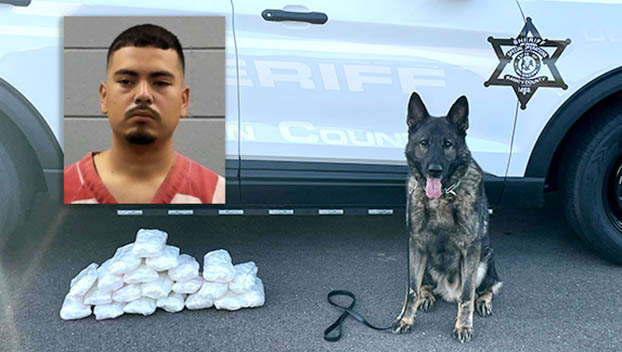 Mississippi deputies found approximately 25 pounds of methamphetamine hidden inside a vehicle during a traffic stop on Interstate 20.

During the traffic stop, the deputy began to suspect the vehicle was possibly transporting drugs and/or contraband. A consensual search of the vehicle revealed approximately 25 pounds of methamphetamine hidden in the quarter panels of the vehicle.

The driver, Jesus Armando Carrasco, 25, of Odessa, Texas, was placed under arrest for aggravated trafficking of methamphetamine and transported to the Rankin County Jail.

District Attorney John “Bubba” Bramlett will bring the suspect before Rankin County Court Judge David Morrow for an initial appearance. No Bond has been set at this time.

Texas gun club plans to come to Mississippi to…