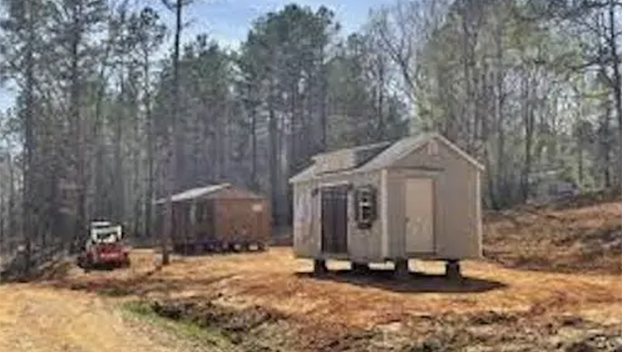 Housing is a stressful situation for many residents in Oxford and Lafayette County.

Many people can attest to the fact that it is hard to find an affordable place to live without moving out of the city or into the next town over, but local entrepreneur Josh McGlawn of McGlawn Services is addressing this by creating two small, rental homes in Lafayette County.

McGlawn grew up in the rental business under his father, Taylor McGlawn, and wanted to take the opportunity to bring together his knowledge of rental properties with his advocacy for affordable housing.

“It’s a real issue and it’s an issue that I’ve dealt with personally in my life,” he said. “I’ve had times of struggle in the not-too-distant past. I was trying to make it in general, much less in Oxford where the cost of living is pretty crazy. Homes, whether you’re renting or buying, it’s all crazy.”

“Ever since then I’ve been doing research and thinking about ways to provide some type of solution,” McGlawn said. After looking in the midst of rising construction costs, he eventually found a viable option.

According to Director of Development Services Joel Hollowell, the units are what many refer to as “shed-to-home.” The director said when built, the homes will stand up to the Lafayette County 2018 Building Codes.

“Individuals buy these buildings and then they convert them into a residence,” Hollowell said. “They’re like tiny homes, is basically what they are.”

However, McGlawn doesn’t want the public to have misconceptions based on the phrase “tiny home.”

“Sometimes people hear the word tiny homes and think about this thing that you hook up to your truck and run, but that’s not what this is,” he said. “It’s not even a mobile home. It’s just a home that has runners on it.”

The homes will be “space-efficient,” as McGlawn calls it, ranging from approximately 250 to 400 square feet and they exceed some of the qualifications required by the county.

The rental home layout is akin to a studio with an open concept connecting the living room, bedroom and kitchen complete with appliances, according to McGlawn. The bathroom will be separated for all other areas.

The board voted in favor of approving the conditional use permit 4-to-1. District 3 Supervisor David Rikard voted no stating he’d rather the two units were personal property and not rentals.

“If they were for personal use, I’d feel a lot better about them but I’m not a big fan of these popping up all over our county,” said Rikard. “If somebody wanted one of these on their own property to live in I would feel better about it but as far as rental property, I’m real concerned that these are going to start popping up all over the county and I’m not a big fan of that.”

Although the idea of more of these homes were met with slight disapproval, McGlawn has already been contacted by people interested in owning or developing more space-efficient homes.

“I would love to go buy land and put a hundred of these things out there but the codes, the way they are, anything beyond two units is a subdivision,” he said. “It sounds like a good idea and it is but I’m still doing research on what it would take for something like that.

“But at this time, I don’t have plans [to build more] in that immediate area. I want to do it all the right way. I don’t want to put them all up and then ask for forgiveness. I want to do things the right way and all by the codes, the way it’s supposed to be done.”

The two units are already on the property but McGlawn said installations to make the house complete with electrical and plumbing installation, utilities, and full kitchen and bath areas. He estimates the property will be complete by August 1, 2022.

McGlawn is currently applying for the Oxford Housing Authority to register and certify both units so that they will be advertised to low-income residents and families.

Rates for the two rental units are not set at this time, but McGlawn directs interested parties to the OHA for potential rates and the organization’s application process. The Oxford Housing Authority’s website www.oxfordhousing.org.

“We’ll do everything we can to make sure it’s affordable to any applicant,” McGlawn said.