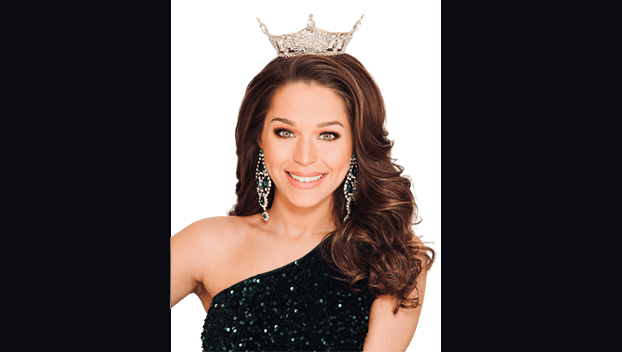 After only two hours of sleep and a little more than 12 hours after winning the state title, Miss Mississippi 2022 Emmie Perkins was still in awe — especially after seeing the pictures of former Miss Mississippi titleholders that line the wall of the Miss Mississippi Corporation office.

“It’s surreal. Even entering this office, I keep having these little moments of surrealness when I see the pictures on the wall of all these legendary women who have come before me,” Perkins said. “And to be another name and a face here in Mississippi to help further our state is just completely unimaginable.”

During the weeklong events surrounding the Miss Mississippi Competition, Perkins, who is a Hattiesburg native and represented Mississippi State University during the competition, was the winner of the Red Carpet phase of the second round of preliminary competitions.

During the first round of competitions and the talent phase for Perkins, she sang, “The Story” — a song first released by American folk-rock singer Brandi Carlile.

Perkins said she began singing in the fourth grade and has never stopped.

In high school, she said she became involved with the RAT — Reject All Tobacco campaign, which focused on using the arts, education and technology to teach young people the dangers of tobacco and nicotine use.

It was this program and her love of music, she said, that contributed to the development of her Social Impact Initiative: Music is Medicine.

“We implemented the arts and tobacco prevention to students across the state of Mississippi. We started in early childhood and it was effective because it used the arts. That’s when the spark kind of went off and gears started turning. In my freshman year of college, I was majoring in biological science and minoring in music and realized there was a real correlation here.  It (music) really does heal people and from there Music is Medicine was born in 2019,” Perkins said.

Music is Medicine has grown, and Perkins said she is partnered with the Mississippi Department of Education, Musicians On Call, which brings live and recorded music to the bedsides of patients in healthcare facilities and assisted living facilities across the state.

“I can’t wait for what the voice of Miss Mississippi can bring to the table when it comes to spreading the joy of music,” she said.

Perkins said, as a lifelong advocate of the public school system, another one of her goals is to bring a curriculum into school systems called Social Emotional Learning, which will be aimed at using music to make sure students are engaged in the classroom as well as checking in on their mental health issues.

“I want to make sure that it’s (Social Emotional Learning) in every classroom,” she said, adding, that she also wants to visit at least one public school in all 82 counties of Mississippi.

Perkins said it was the scholarship program offered through the Miss Mississippi Organization that motivated her to compete.

“I have a goal for myself, to fully fund my education, and that I have done. When I entered the Miss America Organization, I didn’t think about the glitz and glamour because that was never really me growing up. I thought about the ability to share my art form, to fight for the arts that I have loved my whole entire life, and most importantly, to further my education completely debt-free,” Perkins said. “I am so thankful that the Miss America Organization stands for preparing women for the world in terms of being the largest donor of scholarships for women and they give them a voice and I am so glad that I get that voice.”

Perkins said she is ready to begin preparing for her next journey — the Miss America Competition — and in doing so is going to focus on telling stories and looking inward.

“As I prepared for Miss Mississippi, I really worked on the ability to tell stories. I think that stories are some of the most impactful ways that we can connect with the people around us. I think they are much needed in America today as we look through all the dark turmoil we face daily in the news media. And I think stories of positivity, encouragement and joy are the ones I want to explore and draw out as I prepare for Miss America,” she said.

And in focusing on the positive stories, Perkins said, she will look within, ask what she can bring to the table as Miss America and remember if it is her time, she will be ready.

“I’m only 21 years old, but Miss America is a shape shifter. She fits the mold at the right time when she is needed, and I think that I want to fight the fact that comparison can sometimes be the thief of joy. I want to go in completely prepared knowing just like I did for Miss Mississippi that if Emmie is good enough, she will be ready to represent Miss America at the time,” Perkins said.

The Miss America Organization has not yet set a date for the 2023 competition, but it will be held sometime later in 2022 at the Mohegan Sun in Uncasville, Conn.