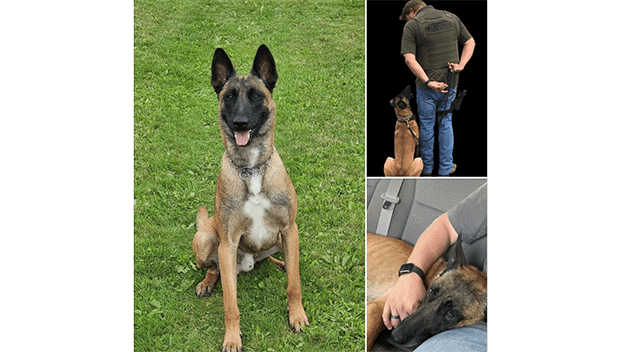 The man accused of shooting and killing a police dog has now been charged with murder.

Mitchell Wayne Robinson, 33, is now charged with murder in the death of Christopher Joiner.

Robinson was originally charges with aggravated assault, but those charges have been upgraded,

According to officials, Robinson shot Joiner on June 23 in the Helena community on the Gulf Coast. Joiner was transported to a Mobile hospital, where he died on June 24.

After shooting Joiner, Robinson reportedly fled into a wooded area where he was pursued by gulf coast law enforcement. Officials say Robinson shot and killed a police dog during the pursuit. The dog’s handler returned fire , wounding Robinson.

Robinson was sent to the hospital and has been released to the Jackson County Jail. No bod has been set.

The Mississippi Bureau of Investigation is handling the case since officers were involved in the shooting.