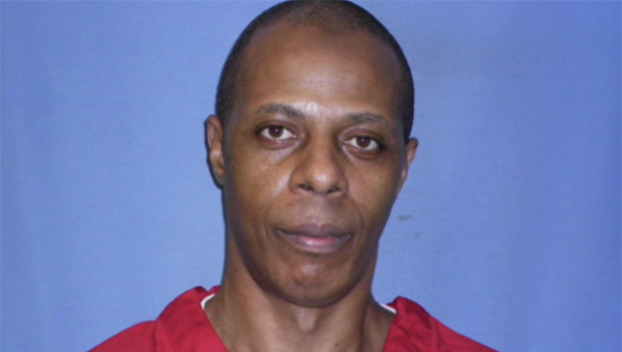 The man convicted of killing two Mississippi State students in 1992 lost another appeal in the Mississippi Supreme Court.

Willie “Fly” Manning appealed a court ruling that denied his request to transfer DNA evidence in his trial to a different facility for testing.

After receiving inconclusive results from previous tests, Manning wanted to send samples to another lab.

The state supreme court denied the appeal, saying that Manning had DNA evidence and fingerprint analysis from an earlier ruling.

Manning was convicted on two counts of capital murder in 1994 in the deaths of Mississippi State students Jon Steckler and Tiffany Miller in 1992.

Steckler, 19, and Miller, 22, were, according to prosecutors, forced into Miller’s car from the street in front of Steckler’s fraternity house in Starkville on December 11, 1992.

About an hour later, a motorist found Steckler by the side of a road in rural Oktibbeha County just outside Starkville. He had been shot in the back of the head and run over by Miller’s car, a Toyota MR2. When law enforcement officers arrived, they found Miller’s body in nearby woods.

She had been shot twice and evidence suggested that she had been sexually assaulted. Steckler died shortly after. In the morning, Miller’s car was found near the MSU campus.

Steckler was a sophomore majoring in forest resources. He played high school football for Cathedral High School in Natchez and a devout Christian who went on mission trips with the Catholic Youth Organization. He served in the mission field in Mexico and was also an outdoorsman and hunter.

Miller was a third-year sophomore from Madison and studying nursing.

Manning was arrested after he reportedly attempted to sell items that belonged to the victims — including a Cathedral class ring that Steckler wore — as well as items from a car that was burglarized at the fraternity house where Miller and Steckler were seemingly taken.

Manning has maintained that the items he attempted to sell had been stolen by someone else. He had been scheduled for execution in May 2013, but the death penalty was stayed without explanation.

Just days before the scheduled execution, the U.S. Justice Department and Federal Bureau of Investigation acknowledged flawed DNA evidence had been used to convict Manning amid a broader review of the FBI’s handling of scientific evidence in thousands of violent crimes in the 1980s and 1990s.

He has previously been exonerated of a second double murder conviction for the deaths of 90-year-old Emmoline Jimmerson and her 60-year-old daughter, Albertha Jordan.

Both were murdered during an attempted robbery at their apartment in Starkville weeks after Steckler and Miller were killed.

The Mississippi Supreme Court overturned this verdict and ordered a new trial after finding that the prosecutors withheld evidence showing that a key witness had lied. The charges against Manning for the Jimmerson and Jordan murders were later dropped.