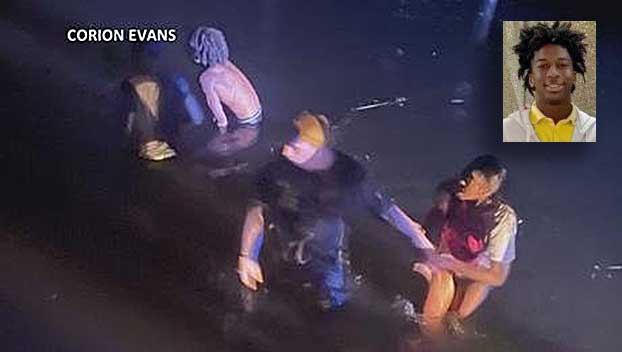 A Mississippi teen dove into a river over the July 4 weekend to help rescue three teenage girls whose car had plunged into the water, a TV station reported.

Corion Evans, 16, of Pascagoula, said he was hanging out with friends near the Interstate 10 overpass over the Pascagoula River, WLOX TV reported.

Evans, a Pascagoula High School student, said he learned to swim at age 3 and knew he had to help when he saw the car go into the water.

A Moss Point Police Department officer also arrived at the scene. Evans told the television station that the officer began struggling in the water and had to be helped as well.

The TV station reported that all four people were taken to a local hospital and were being treated. The exact conditions were not known.