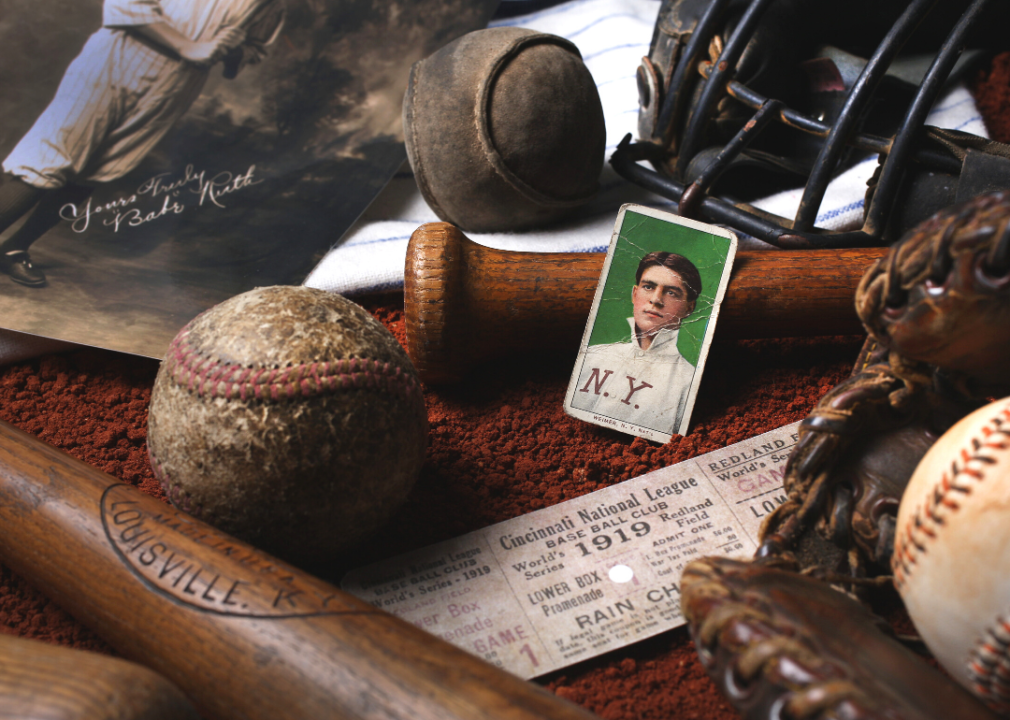 By the early 1900s, tobacco and candy companies were the predominant purveyors of baseball cards. In 1913, cards became the much-treasured “prizes” in Cracker Jack boxes. In the mid-1940s, brands such as Bowman and Topps entered the market, and soon collecting baseball cards became a widespread hobby, largely among young boys. Quaint though it is to recall, baseball cards were valued primarily for sentimental rather than monetary value through much of the 20th century. Cards were collected out of a sense of allegiance to one’s team or just a general fascination with baseball. They were an easy medium for trades among friends—even if it meant handing over three or more cards in exchange for that one must-have card.

Much of this is still true—but in recent years baseball cards have also become a big-dollar industry. Last year, eBay reported that domestic sales of trading cards grew 142% year-over-year between 2019 and 2020. The pandemic saw the market grow even further, as collecting trading cards was a hobby safe to do from home. While baseball cards have shot up in price recently, auctions have been hitting seven-figure sales for over two decades.

Among the most notable big-dollar sales was a Honus Wagner card once owned by Wayne Gretzky, which sold for $1.265 million in 2000. That specific card, from a T206 tobacco card set issued in 1909, has added to its colorful history since then. It sold for $2.8 million in 2007 to Ken Kendrick, owner of the Arizona Diamondbacks. But it later emerged that the card itself was doctored, its edges trimmed to bolster its condition and value. Other copies of the Honus Wagner card have topped the $2.8 million price tag, most recently in 2016 when a copy sold for $3.12 million.

OLBG reviewed news reports and auction house archives to find 10 of the most valuable baseball cards in history. Note that this list only includes cards sold at public auctions, not those sold privately. The list only counted the most expensive auction sale of a card and excluded instances where another copy of the same card (or the exact same card) sold for less. Information about each card’s Professional Sports Authenticator (PSA) certification, which is a multi-step process that vets each card’s condition and estimated value ahead of a sale, is also included.

It’s telling that the top eight most valuable cards on this list were sold in 2020 or later, indicating the impact of the pandemic on prized memorabilia inflation. This trend also demonstrates a renewed hunger for these rare pieces of baseball history. Last year was particularly explosive as the record amount for a baseball card sale was broken three separate times. So which card ultimately now stands as the most valuable of all time? Read on to find out. 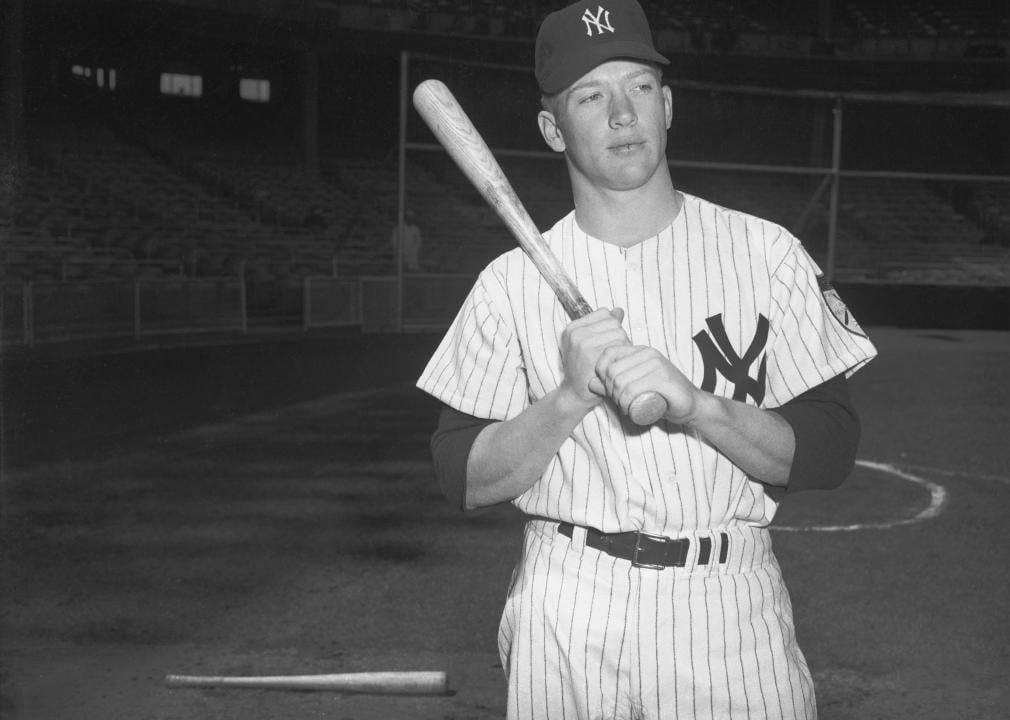 1951 was a banner year for the Bronx Bombers. They took the American League pennant and the World Series title, and helped launch the legend of future Hall of Famer Mickey Mantle. Mantle’s rookie card is one of the most famous cards ever produced.

Collectors don’t have to look far to find one in fair to good condition, but cards approaching mint are rarer. The card that sold in 2018 was classified as “Mint 9,” and is generally considered the “true” Mantle rookie card, though some collectors may argue that the 1952 Topps issue is the better card as it marks the debut of both Mantle and the Topps brand. 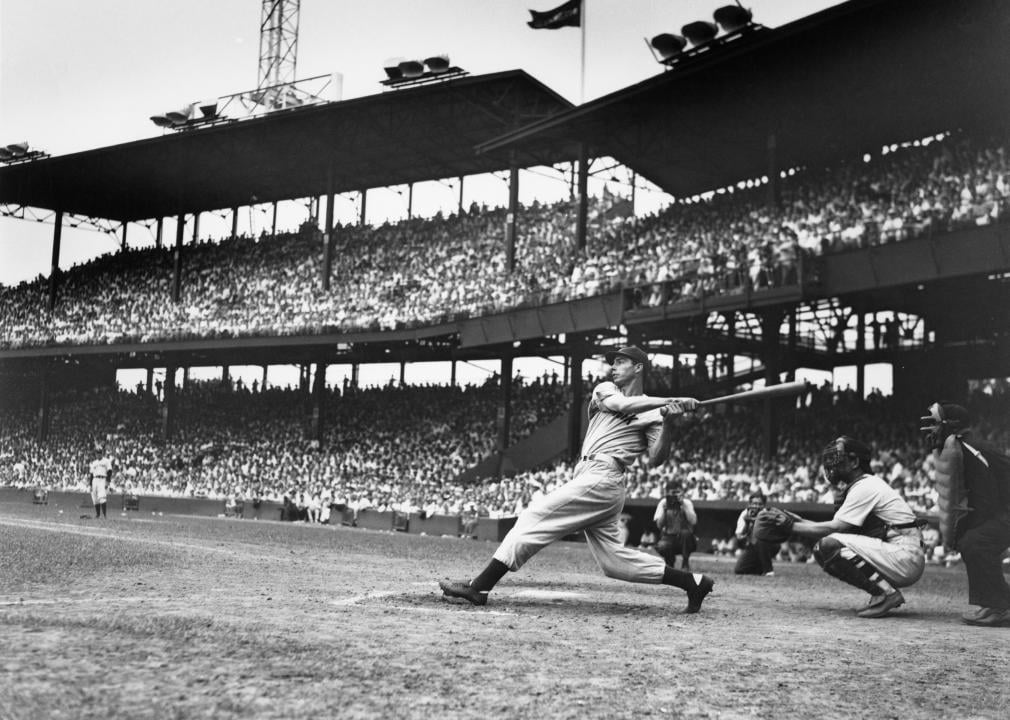 In America, the year 1941 is often remembered for two major events: the Japanese attack on Pearl Harbor that brought the U.S. into World War II, and “The Streak.” From May 15 to July 17 of that year, Joltin’ Joe DiMaggio hit safely in 56 consecutive games, a feat that has never been equaled.

Over the course of two days and 43 bids, this Play Ball issue managed to smash its previous auction records by more than a half-million dollars. The only known card to be certified as “Gem Mint 10,” it features sharp edges, well-defined borders, and DiMaggio’s distinctive follow-through swing. It is to date the only known “Gem Mint 10” to have sold at auction. 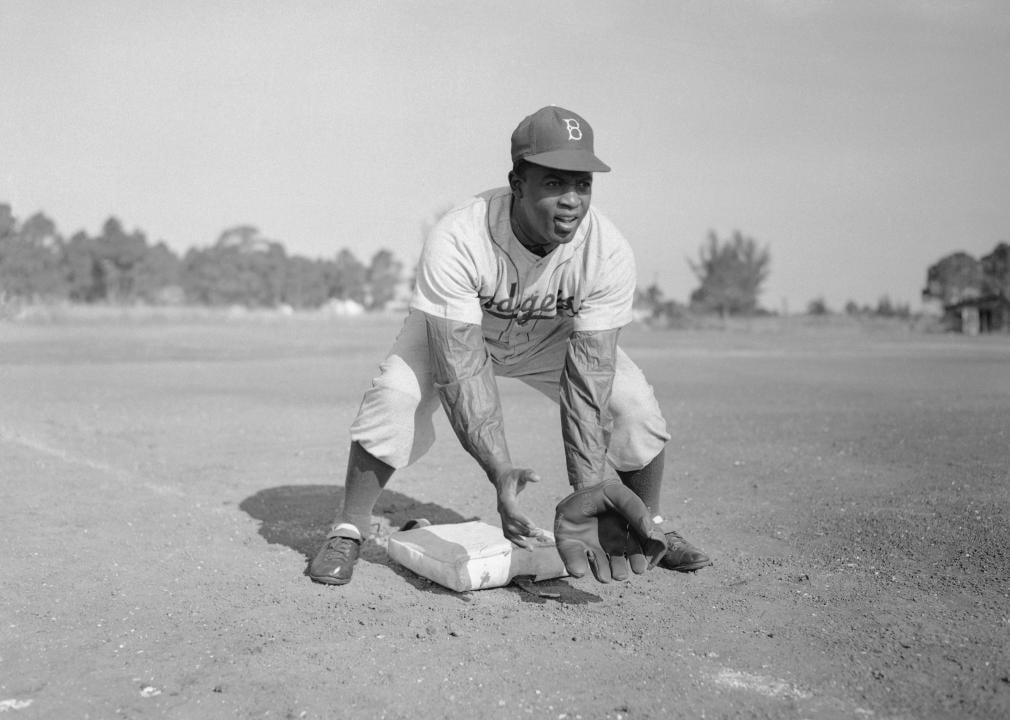 Jack Roosevelt Robinson was already well on his way to a Hall of Fame career in 1952, and not just for being the first Black player in Major League Baseball history. He had already amassed single-season records for batting average and fielding percentage, was named Rookie of the Year in 1947 and NL MVP in 1949, and had led the Dodgers to National League pennants in those seasons as well (and would again before the 1952 season was through).

This 1952 Topps issue was sold for nearly $1 million not once but twice. Both cards were respectively rated “Mint 9” and their sales were facilitated by different auction houses. Each card features a distinctive deep red background, which time has not faded, increasing the value and making its star pop right out of the paperboard. 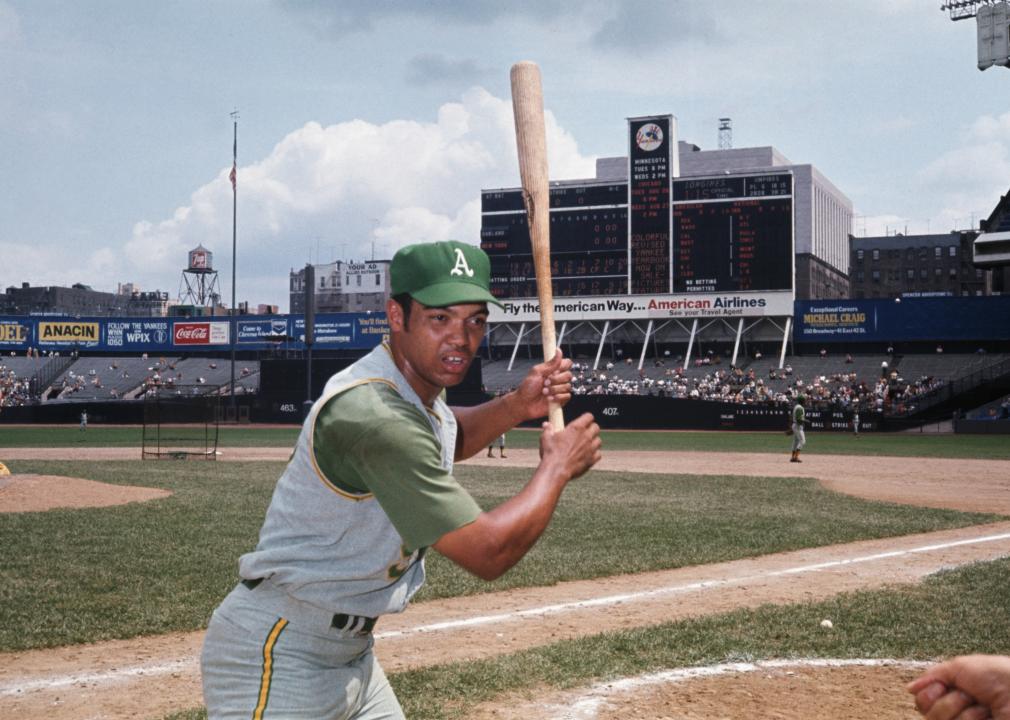 Long before he was “Mr. October,” Reggie Jackson was a rookie outfielder for the Oakland Athletics, and right out of the gate he demonstrated the hitting power that would eventually earn him 14 All-Star appearances and an MVP award in 1973. This Topps issue is the only known “Gem Mint 10” copy to exist, and its value is more than 12 times that of any known “Mint 9” copy.

The card is considered perhaps the most rare-condition rookie card to have received PSA authentication, coming from the Dmitri Young Collection, which is respected within the trading card community for its pedigree. After a heated two-day, 60-bid opening, the card went to an unnamed internet bidder. 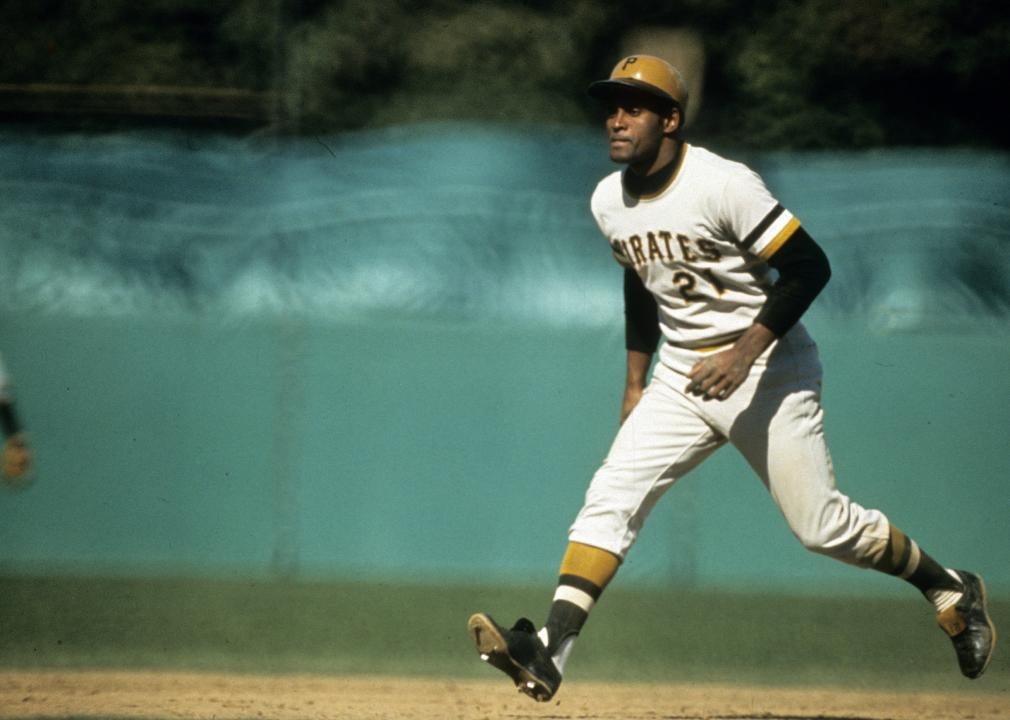 Hall of Famer Roberto Clemente’s career was sadly cut short when he died in a plane crash in 1972, but his legacy both on and off the field has sustained a strong interest—an interest that includes this 1955 rookie card.

There are more than 1,600 copies of this card known to PSA, but the auction of this “Mint 9” copy is by far and away the most highly valued, ultimately going for twice PSA’s estimated value. There is one listed “Gem Mint 10” copy, but its 2012 auction sale didn’t even come close to the same final price. Among the features of this card, according to the auction house, are corners that form “impeccable right angles culminating in lethal points” and crisp, bright coloration and tone. 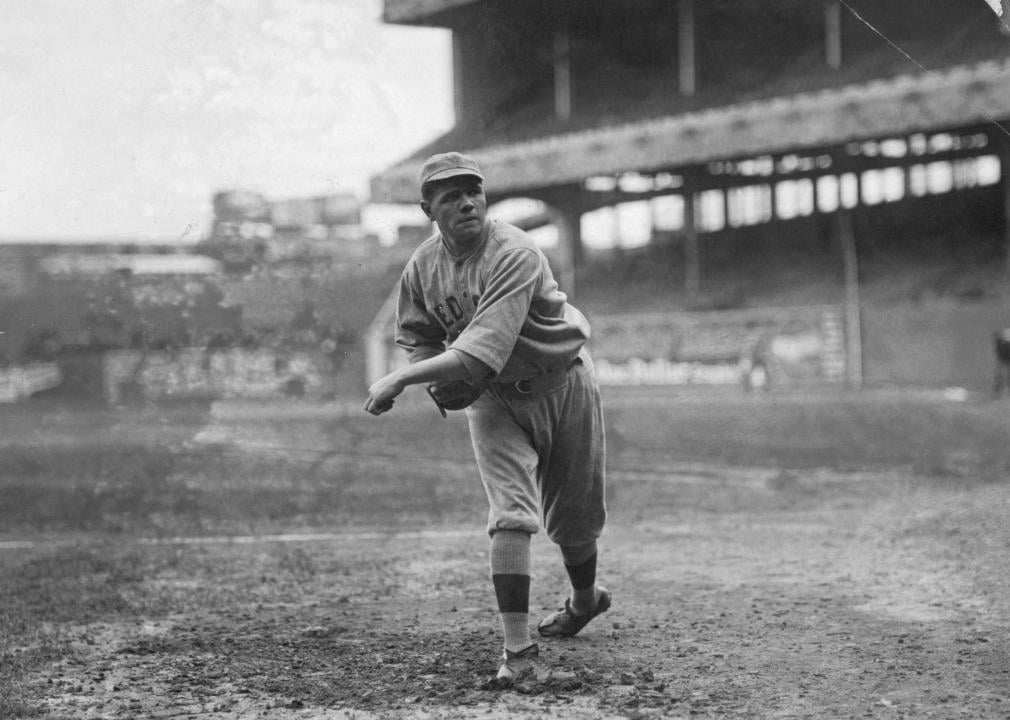 In every industry, someone is still referred to as the Babe Ruth—the Babe Ruth of Real Estate, the Babe Ruth of Engineering, the Babe Ruth of Litigation. The reason for this is that the New York Yankees’ slugger continues to live, more than 85 years since he last took the field, in popular memory as the greatest and most powerful hitter of his time.

A 12-time home run champion, The Bambino’s career round-tripper record lasted nearly 40 years before Hank Aaron took it from him. This Sporting News issue features the other side of Ruth’s baseball personality. Before settling into the Yankee outfield, he was a southpaw pitcher for the Boston Red Sox. It is a “blank back” card and is one of only four certified by PSA as a 7 to have sold at auction. The next most valuable went for $600,000 in 2017. 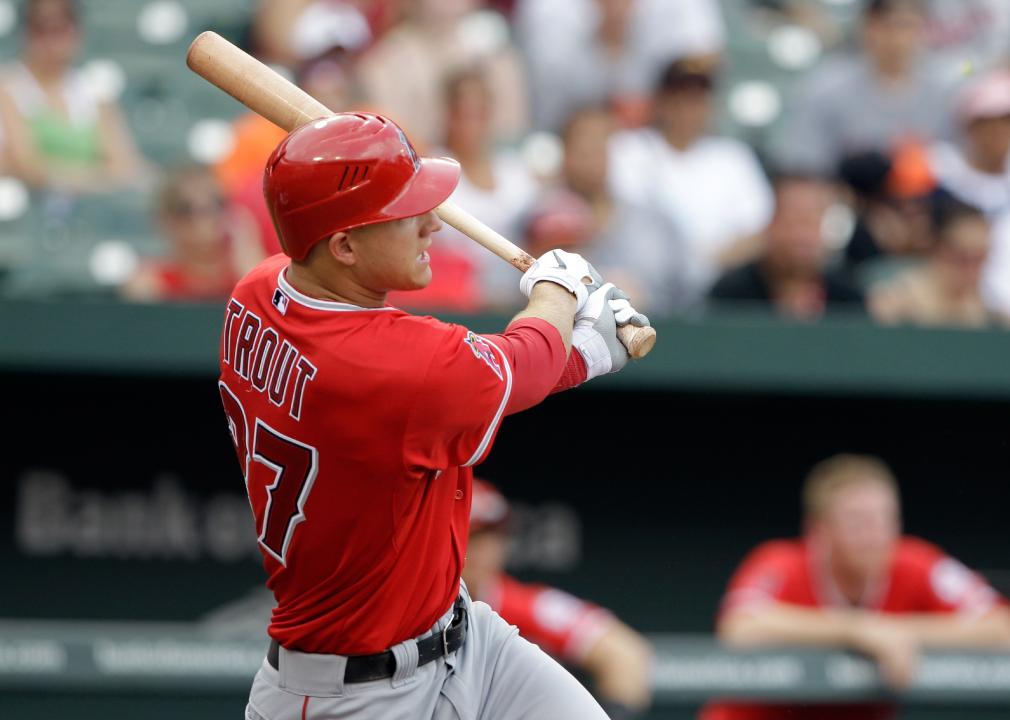 When this Bowman Chrome Draft Prospects Superfractor Autograph card was sold in August 2020, it garnered the highest price ever for a sports card. Mike Trout was then (and still is) at the pinnacle of his career, but making such an enormous sum for the card of an active player was something of an anomaly in the trading card world. But this is actually a one-of-a-kind card. It is marked “1/1” and signed by Trout. 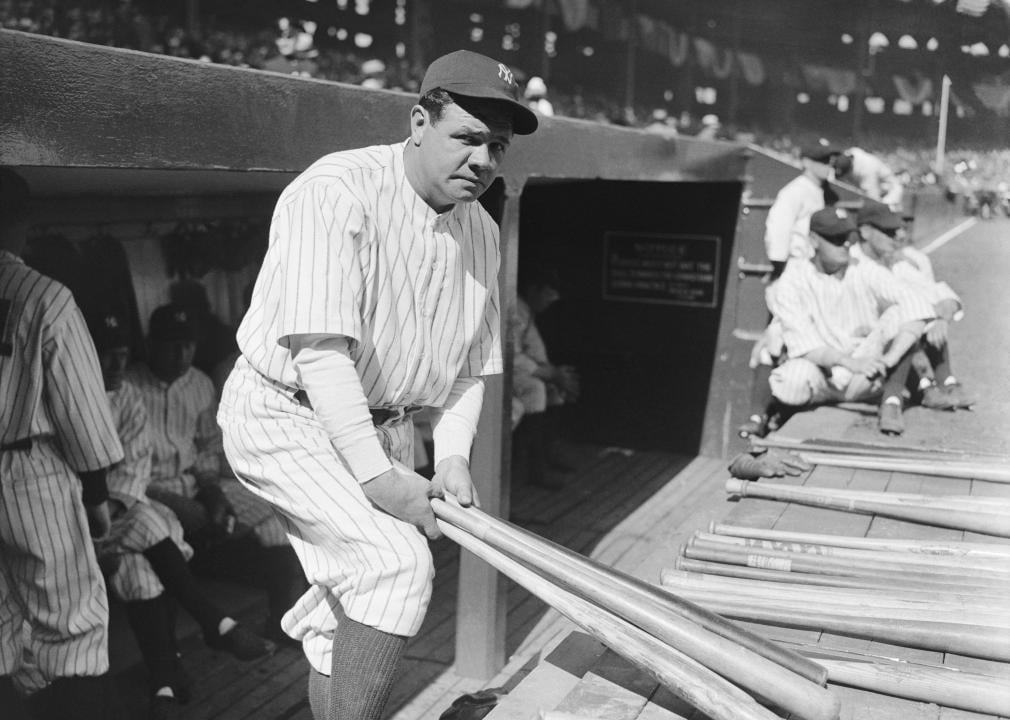 There is a number of ways to plan for retirement. One Florida doctor cashed in his memorabilia collection, including this Goudey issue branded by Big League Chewing Gum. The card was certified “Mint 9” by PSA, the only one to be so rated. The agency’s listing page for the record of this card’s sale is unequivocal about the quality at hand: “The SOLE & HIGHEST GRADED EXAMPLE on the Planet!”

By 1933, Ruth was near the end of his career but was still managing to put up numbers that most ballplayers only dream of and was the AL leader in walks and ranked in the top 5 of many offensive categories, proving that with age comes patience and experience. 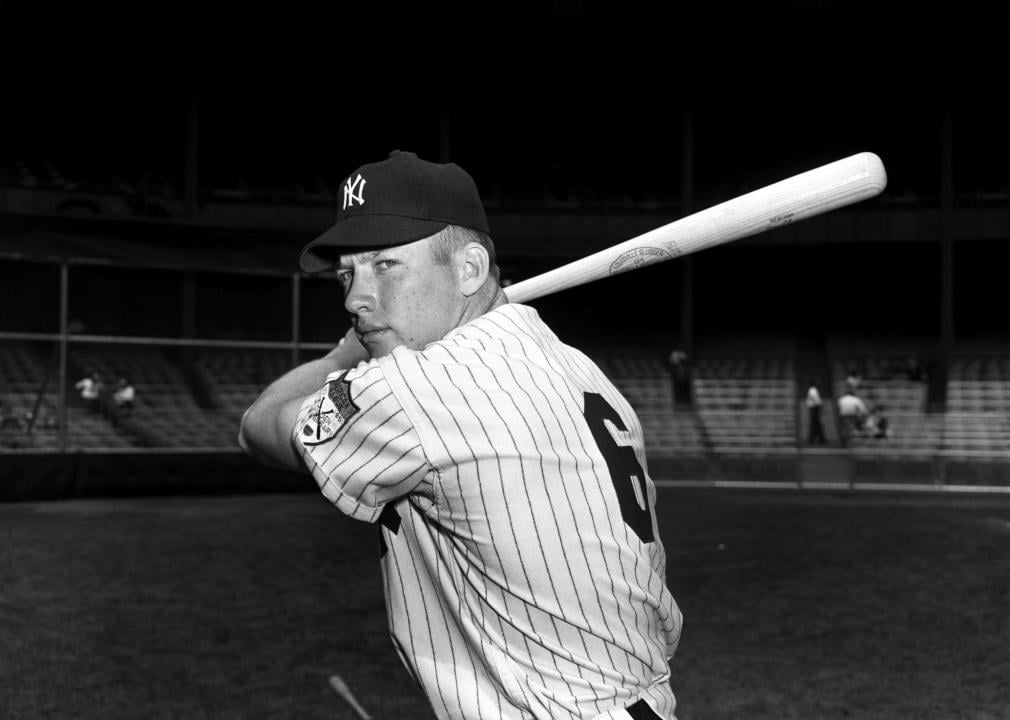 In 1952, Mickey Mantle was coming off a solid, if unremarkable, rookie season. But he was poised to break out in a big way, which he did by making the All-Star team and leading the league in on-base percentage. This is the card many Topps devotees consider the “true” Mantle rookie card, as it also marked Topps’ debut in the marketplace. PSA-certified at 9, this card was previously sold for $2.88 million in 2018.

When PWCC Marketplace placed it up for bid, the taker was an entrepreneur and sometimes actor named Rob Gough, who called it “the Mona Lisa of sports cards” and said acquiring it fulfilled his childhood dream of finding the most perfect Mantle rookie card in existence. 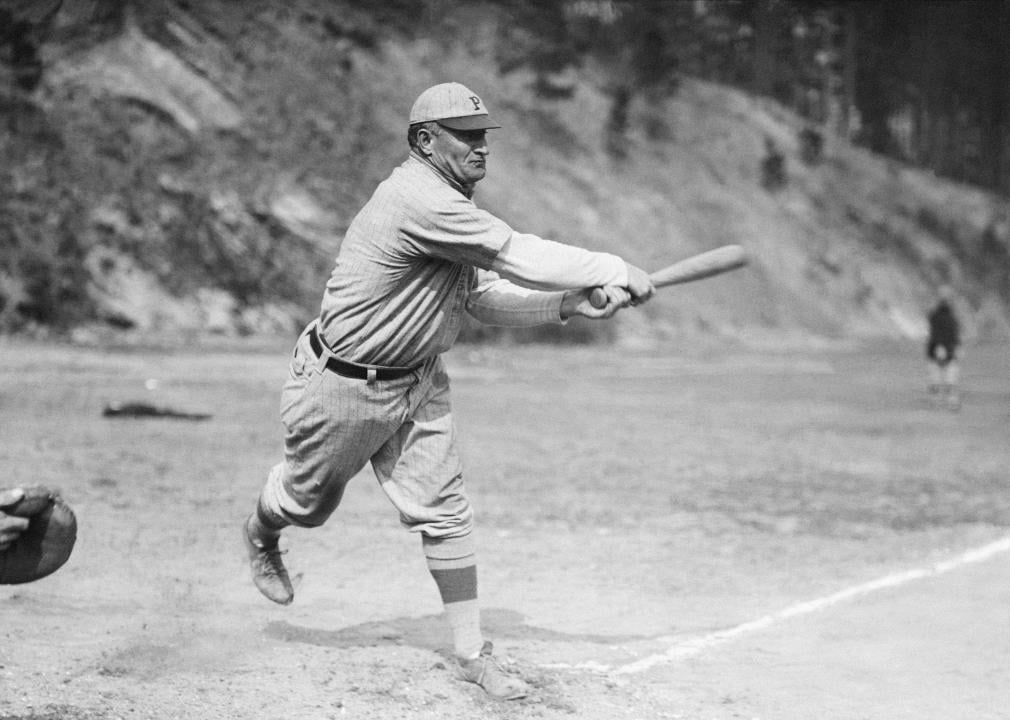 This is the Holy Grail of baseball cards. The T206 Honus Wagner has consistently set records—and break them again—for a single card sale. In 2016, a Wagner sold for $3.12 million, which was then eclipsed in 2021 for more than twice that amount, taken by an anonymous “East Coast collector.” A private transaction was claimed in 2020 at a value of $3.25 million as well. This Wagner issue was graded by Sportscard Guaranty Corp., which issued it a grade of 3. Only four Wagners have ever received such a grade, according to PSA.

During his career, Wagner was more a finesse hitter than a powerhouse, often leading the league in batting average and runs batted in, but this bit of his legacy brings the biggest hit in the stadium. It looks like that’s the way it’ll stay until some phantom collector shocks the trading card world with another record-winning bid.