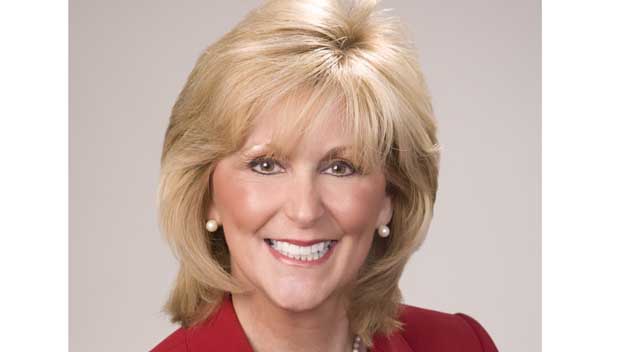 White women working in the attorney general’s office have seen a median salary increase of a whopping $9,500 in the last few years since Fitch took office, the only demographic to see such a bump. While replacing many of former Attorney General Jim Hood’s employees, Fitch hired so many more white women in higher level positions that women now earn more, on average, than white men at the agency.

The median salary of Black women working for Fitch, however, has dropped about $1,200 since January of 2019, even as inflation soars.

Fitch, the only woman serving in statewide office, has loudly advocated for equal pay as a necessary balance to her other goal of outlawing abortion.

“The task now falls to us to advocate for the laws that empower women,” Fitch said in a statement last Friday after the U.S. Supreme Court overturned Roe v. Wade, all but ensuring abortion would become illegal in Mississippi.

But to some advocates, data from her own office could demonstrate which women she’s talking about.

Michelle Williams, a spokesperson for Fitch, rejected the notion that selecting significantly more white women for higher level positions was intentional. She said statistics that show Black women more heavily represented in lower paying jobs are irrelevant and simply reflect the educational attainment and experience of the applicant pool.

Carol Burnett, a longtime reverend and director of the Mississippi Low-Income Child Care Initiative, has spent decades working to improve policies and facilitate career opportunities for working mothers in Mississippi. The Roe decision Fitch helped usher is a blow to Burnett’s work.

“So much of the ground we’ve lost on women’s access to reproductive health has also been the result of a decades-long, big lie put forward by the right-wing to try to erode public support for this incredibly important health care issue for women,” Burnett said. “And the loss of that is going to fall on the backs of women, and it’s going to fall most heavily on the backs of low-income women of color. And the consequences are going to be forced birth that imposes a lifelong economic consequence for the women that are being forced into giving birth against their will by people who feel like wearing a mask is an imposition of individual rights.”

Mississippi does not offer paid maternity leave to state or private sector workers; has continually refused to expand Medicaid, including to postpartum women; puts up barriers to women receiving child care subsidies; and has over the years slashed the state health department budget, making it harder for uninsured people to receive family planning care. With a nearly 12% uninsured population, Mississippi has the 7th highest rate in the nation for people without health coverage. Women with full time jobs in Mississippi in 2020 had weekly earnings of $675, about $35,000 annually, according to the U.S. Bureau of Labor Statistics, compared to $878 for men in Mississippi, $891 for women nationally and $1,082 for men nationally.

Mississippi was the last state in the nation to implement an equal pay law, which is supposed to give women greater avenues to legally challenge pay disparities among men and women who do the same work. Mississippi lawmakers passed this law in the most recent legislative session.

But longtime advocates for working women complain that nuances in the new state law, which permits employers to take into account an employee’s pay history, continuity of employment and negotiation attempts when setting salaries, may actually reinforce wage discrimination. The law took effect July 1.

“We will take a giant leap forward in closing the 27% pay gap – a pay gap that makes it harder for working women and their families, that leads to young Mississippi women taking their talents beyond our borders, and that perpetuates the cycle of poverty in our State,” Fitch said when the equal pay bill was signed.

Since then, the attorney general’s office has lost a net of 12 employees, while gaining nine white women.

The 27% pay gap Fitch cites is primarily driven by the type of jobs women, and particularly Black women, hold – and the value that society and the economy places on that type of work – as opposed to unequal pay for the same work. Fitch was able to close the gender wage gap in her office not just by paying women the same or more as men, but by hiring more of them in higher level positions, giving more women the opportunity to serve in roles historically dominated by men.

But when examining the salaries of employees in the same position, slight pay disparities remain. The most common job at Fitch’s office in April was “Attorney II.”

Under Hood, pay disparities existed, but they didn’t always fall as heavily on Black women. In the most common position at the office in January of 2019, Special Assistant to the Attorney General, white men earned the most; Black women earned 98 cents for every dollar a white man earned; Black men earned 96 cents; and white women earned 95 cents.

Fitch has since reorganized the office, changing position titles and categorizing attorneys into three tiers. Williams said Fitch has embraced a new project led by the Mississippi State Personnel Board to create a more fair and equitable system for employee classification and compensation, which took effect Jan. 1. A new law that raises the cap of the attorney general’s pay from $108,960 to $150,000 also raises the cap for staff attorneys to allow the office to pay higher, more competitive wages starting July 1.

Williams said these efforts apply to women working in lower level positions, who have received pay raises under Fitch.

“Those people had been completely forgotten under the Hood administration. They hadn’t been getting any raises,” Williams said. “… General Fitch has brought them all up. She’s standardized her salaries. She’s increased their salaries. And she’s given them a better position and better voice and empowered them in their positions that they’ve got now.”

“You can’t see that in the numbers but I will tell you right now that that is exactly what is happening here right now,” she added.

Williams calculated the mean pay for all attorneys in the office under Hood and Fitch and came up with a similar analysis: White women in that position, which had historically made the least, saw salary increases of nearly $6,000 compared to virtually no difference for Black women or men attorneys.

“We are hiring a lot of younger attorneys, giving them a great opportunity to start their career in the law,” Williams said by email. “Yet, our salaries are still keeping pace with what AG Hood was paying. Again, I think that goes back to our overall goal of trying to pay all of our professionals at more competitive salaries.”

In a state with the highest poverty rate in the nation at nearly 20%, Fitch and other pro-life politicians have acknowledged the need to boost support for women beyond fighting for fair wages.

Fitch’s office has pointed to a new initiative called Her PLAN (Her Pregnancy and Life Assistance Network), a project of Susan B. Anthony Pro-Life America (formerly Susan B. Anthony List), as the vehicle of these efforts. The plan’s lead organizer is Anja Baker, formerly of the Center for Pregnancy Choices, a Jackson-area crisis pregnancy center, and a contributing fellow to conservative policy think-tank Mississippi Center for Public Policy. Baker joined Fitch at a pro-life rally outside the U.S. Supreme Court building the day of oral arguments in the case in December.

“I would say our rights end the moment someone else’s rights begin,” Baker said, WAPT reported.

The project, which spans across four states, has a team of 11, including Baker in Mississippi – and all 11 appear to be white women.

The plan does not provide services or advocate for policy changes.

Instead, it aims to coordinate existing providers – those that do not refer for abortion – and create a repository of organizations providing resources to women. Mississippi’s directory isn’t public yet; Baker said she is still building relationships with providers and adding them to the list. The directory for Georgia and West Virginia is live, and the map so far contains 485 organizations across the two states – just 12 of which offer actual medical services.

Baker doesn’t do case management or have clients, she told Mississippi Today, “but what I do is I meet with people who do, and then, I would say, 1) try to just identify what it is that they do 2) keeping it in mind to add them to our online directory so that it can be more visible, not just to their own community, but to other service providers as well.”

This doesn’t translate to providing more resources to women in a state with one of the most meager and punitive social safety nets in the nation, but Baker said Her PLAN has identified child care and transportation as two services that are lacking and hopes to aid in expanding access in the future.

To other advocates, abortion access and efforts to achieve economic equality for women, like pay equity, are part of the same conversation.

“Equal pay ensures that people have the economic security they need to decide when and where and how to raise their family or when to have children as they wish. And it’s not a substitute for one’s ability to decide if and when to continue a pregnancy,” Welchlin said. “They go together. You can’t separate that.”

Especially in Mississippi, Welchlin continued, racism and white supremacy are at the heart of anti-abortion policymaking.

“Our bodily autonomy is central to our liberation. And if our freedom to make decisions about our own health and bodies are denied, we, as a people, are not fully liberated. It’s rooted in white supremacy or rooted in slavery,” Welchlin said. “Black women, our bodies were used at the control of white plantation owners and white men to produce labor for their fields which contributed to economic security for them and their white families. But not for us.”

*In 2020, the U.S. Census Bureau American Community Survey estimated the following median earnings for these demographics nationally: white men ($58,000), white women ($46,067), Black men ($42,067), Black women ($38,373). For this story, we only examined people identified as white or Black because the attorney general’s office currently employs just two people of other ethnicities.