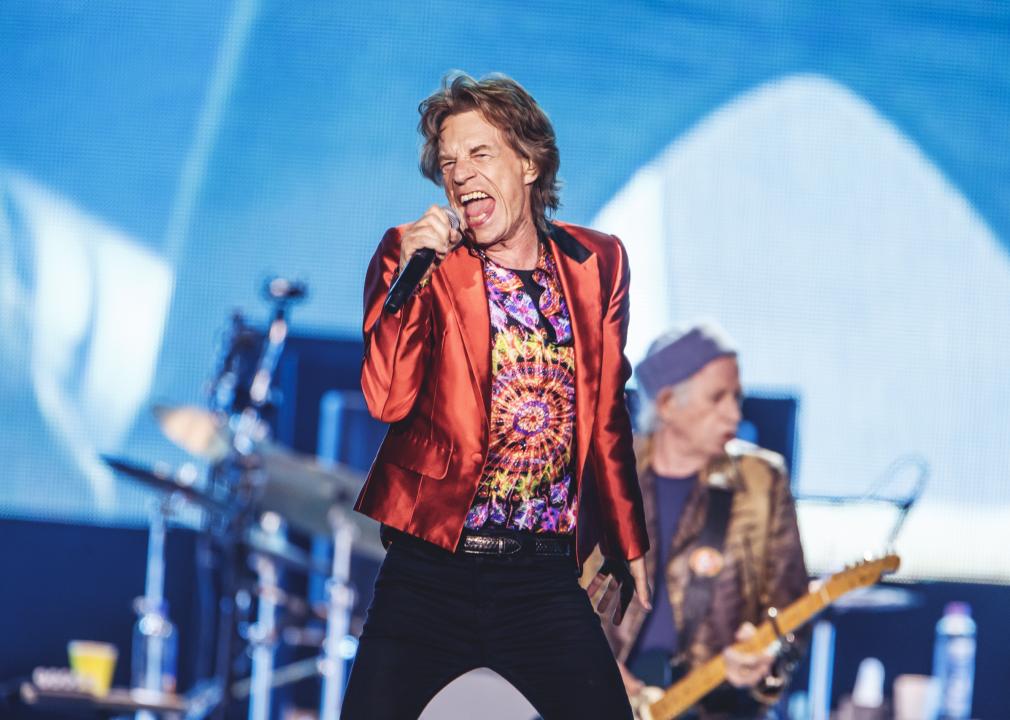 While the world tries to calibrate a new normal after suffering the horrors of the COVID-19 pandemic, musicians have been grappling with how their lives have changed in the past two years.

With live music on hold, artists of all genres wrote songs during lockdown with differing results. Some longed for social interaction, while others turned introspective and wrote their most personal songs to date. Some analyzed the impacts of isolation and mourned loss, while others chose nostalgia and escapism. But no matter how they decided to express themselves, 2022 gave us some exceptionally emotional, experimental, and captivating music from some of the biggest names in music, and also introduced us to new artists who are making music unlike anyone else right now—and the year is only halfway over!

Stacker looked at all 2022 albums on Metacritic and highlighted the top 25, according to Metascore. Only albums with at least 7 reviews were considered. Ties were broken internally at Metacritic, where Metascore data goes two decimal points beyond what’s published.

This list covers everything from hip-hop and pop to rock and country—there’s even an instrumental, electro-jazz album.

Read on to see how many of these albums you’ve listened to already, and perhaps more importantly, what to add to your queue.

You may also like: Top 100 country songs of all time 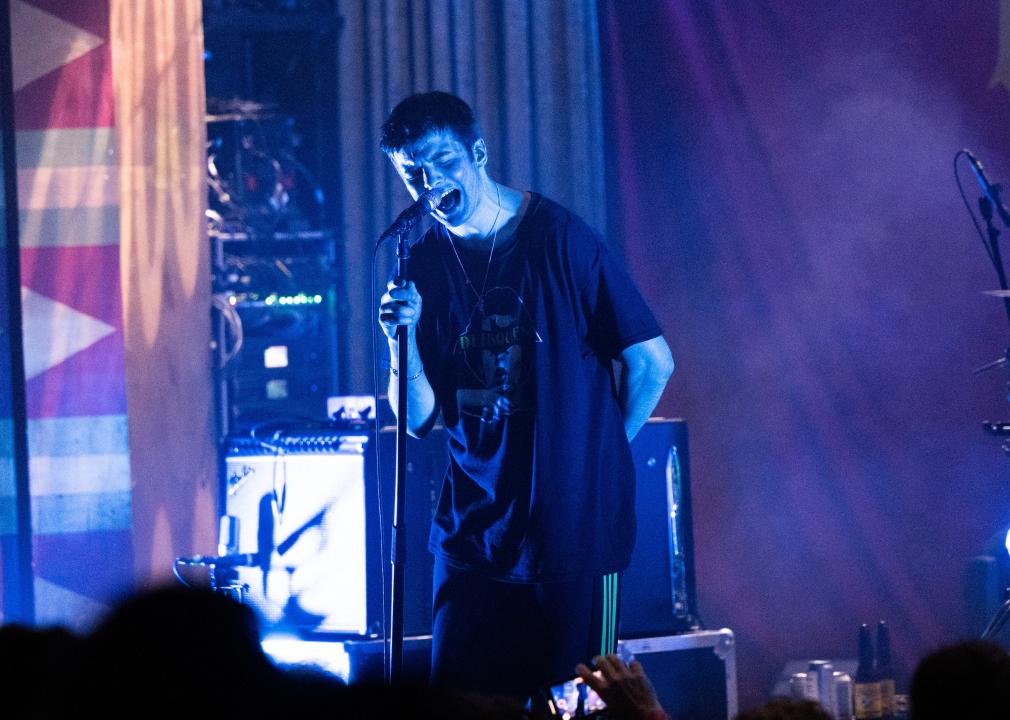 Irish post-punk quintet Fontaines D.C. used the momentum of their Grammy-nominated sophomore album “A Hero’s Death” to record “Skinty Fia” during the pandemic. The result is 10 angsty tracks that mesh electronica with 1990s-style alternative rock, and singer Grian Chatten’s newfound accordion skills. Fun fact: “Skinty Fia” is titled after an old Irish swear that translates to “the damnation of the deer.” 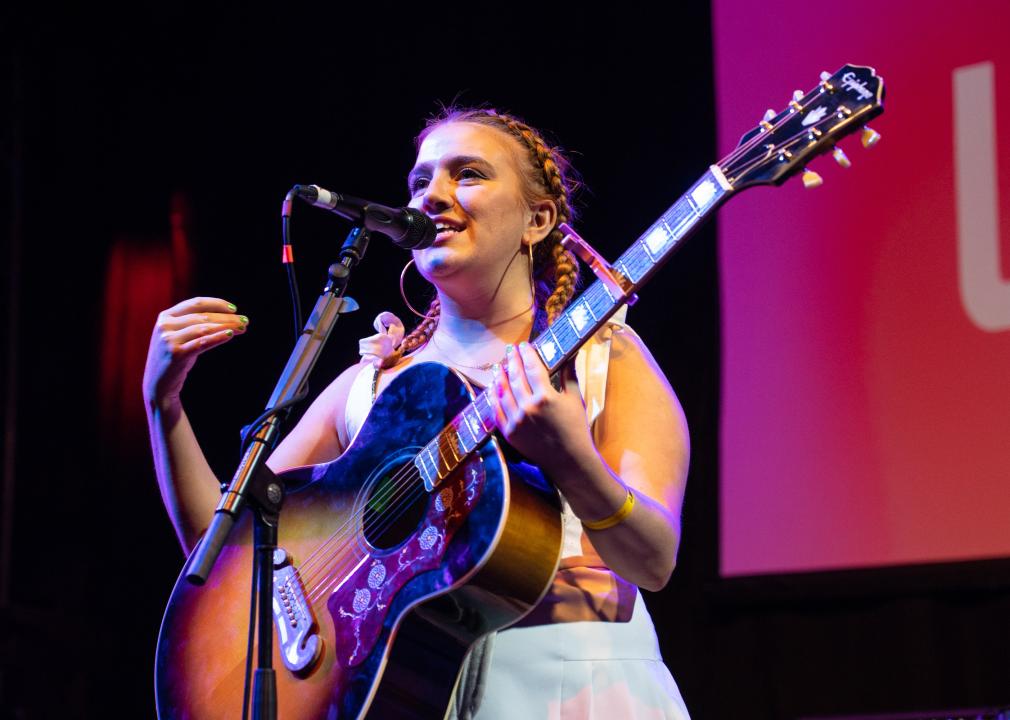 CMAT has been winning over the hearts and ears of fans with her unique blend of country and pop. The artist, whose real name is Ciara Mary Alice Thompson, has said she wants her music to sound like “The Nolans making that record with Glen Campbell, which would go on to be covered by Paris Hilton,” but all jokes aside her debut album “If My Wife New I’d Be Dead” has garnered the singer fans of all walks of life. 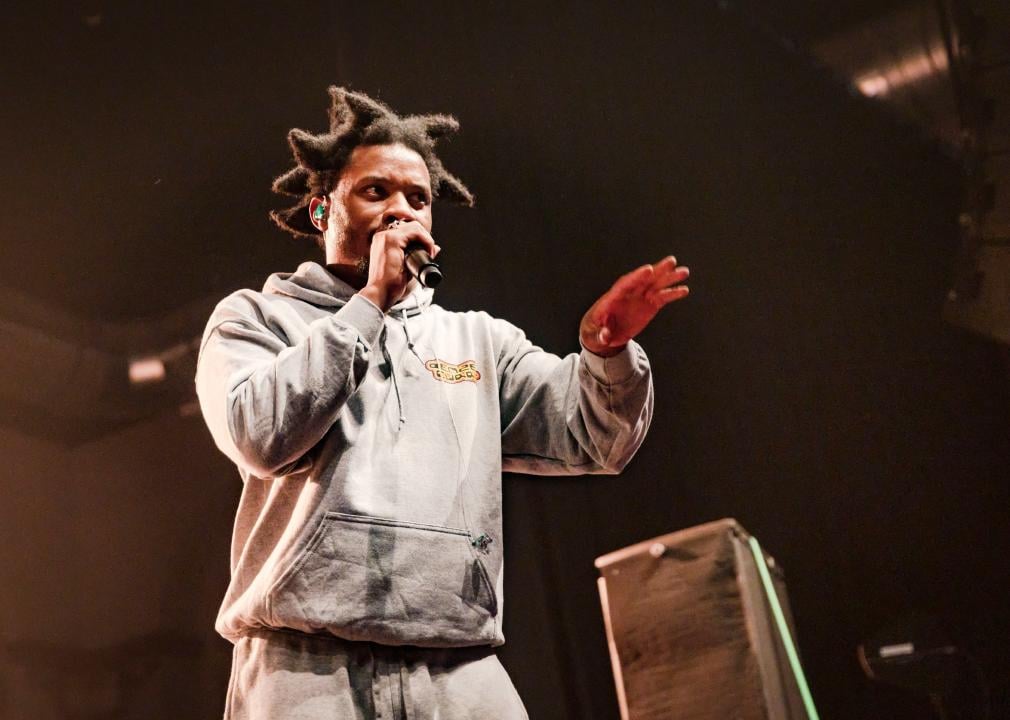 #23. ‘Melt My Eyez See Your Future’ by Denzel Curry 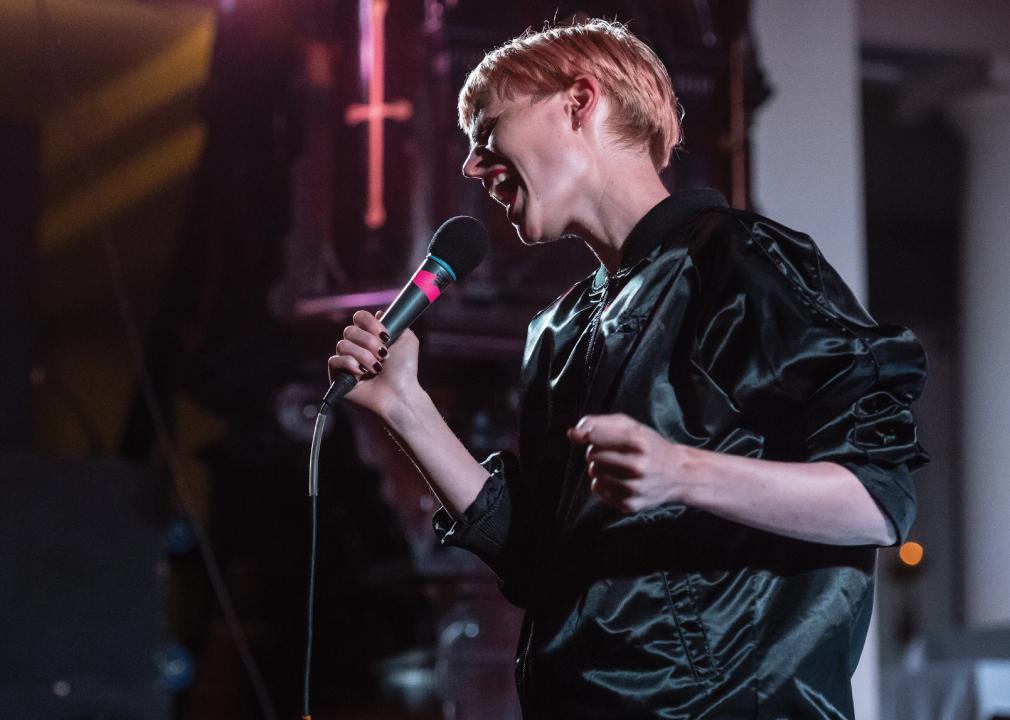 Jenny Hval has released eight solo albums, each with their own story. Upended by the pandemic, the Norwegian art pop artist experimented with the concept of “just me,” and the result is “Classic Objects”—her most stripped down project to date. 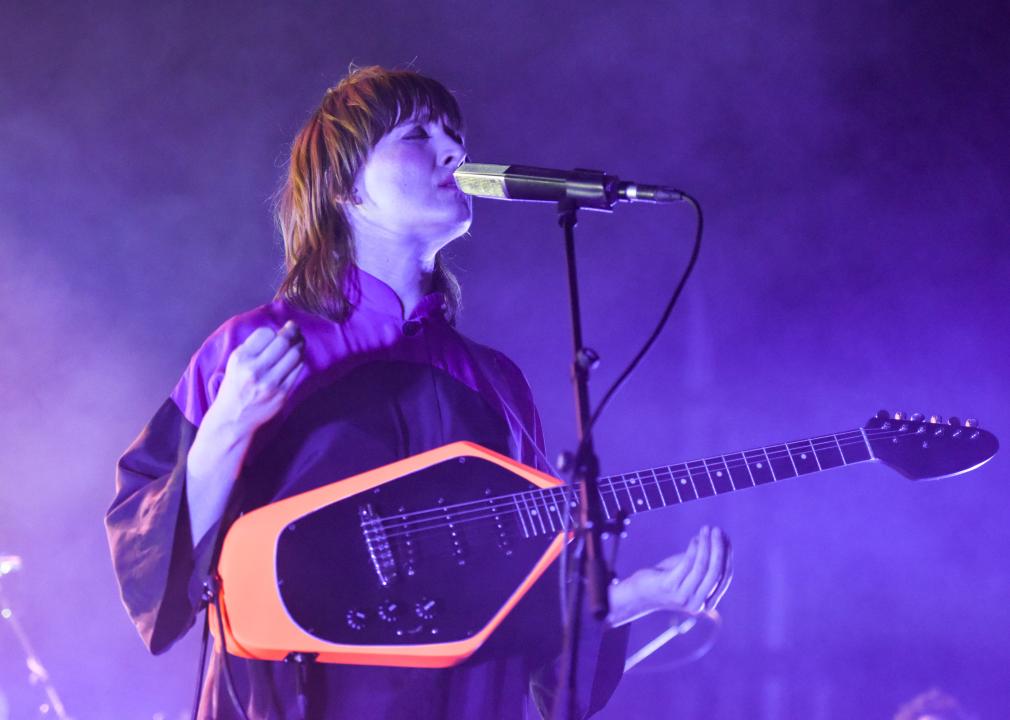 While many artists faced the horrors of the pandemic in their music the past couple years, Cate Le Bon looked to escape. “I love dadaism, and the idea of Cabaret Voltaire and all these things that emerged in really bleak times,” the baroque pop singer explained in an interview about her latest project. “Pompeii” is Le Bon’s most experimental album yet, and also one of her most critically acclaimed. 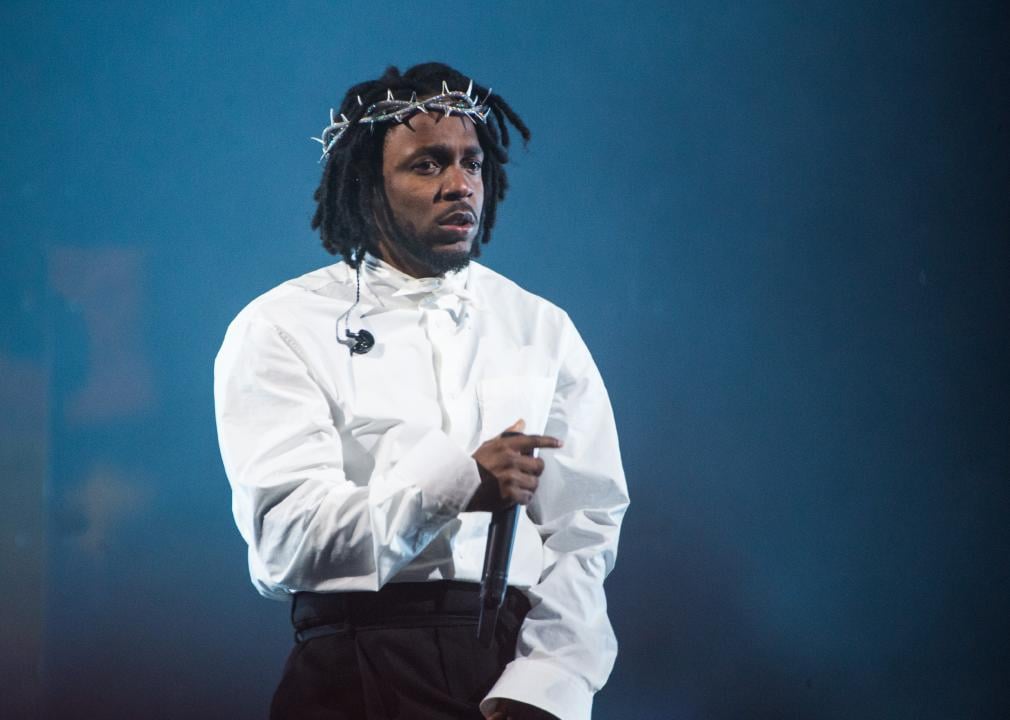 “Mr. Morale & The Big Steppers” is Kendrick Lamar’s first album in five years, and it’s well worth the wait. Not only does the double album feature some of Lamar’s catchiest tracks, but it also sees the rapper at his most vulnerable, too. 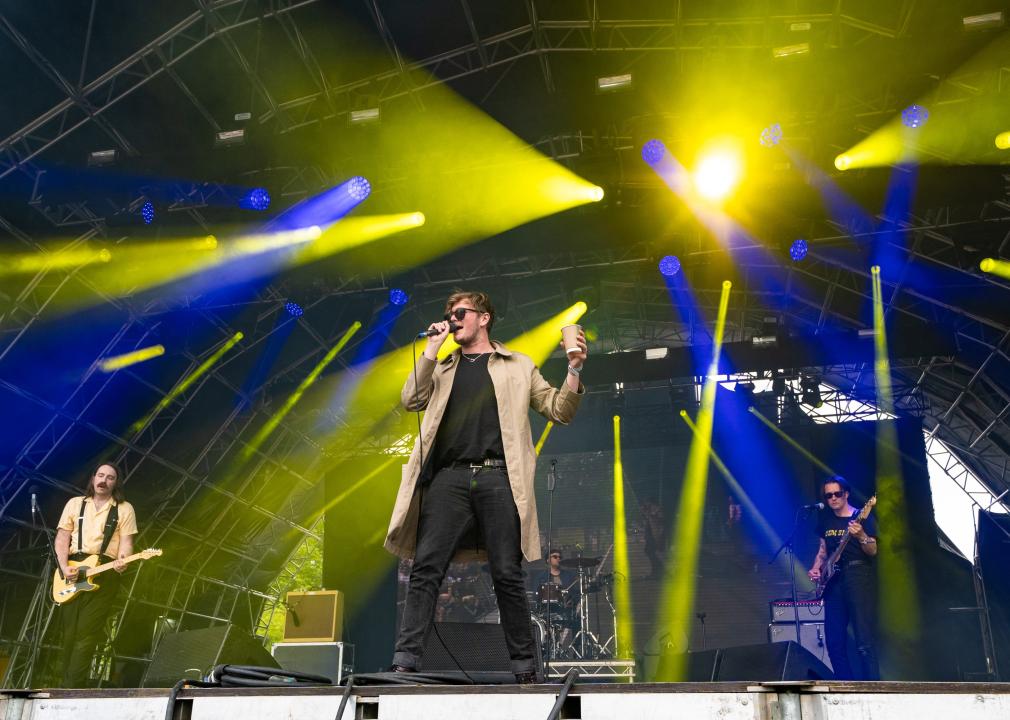 Yard Act prove that Britpop is alive and well in their debut album “The Overload.” Vocalist Channel Tres is distinctive in his approach to delivering lyrics—talking more than singing—and has garnered a prestigious fan in Elton John. 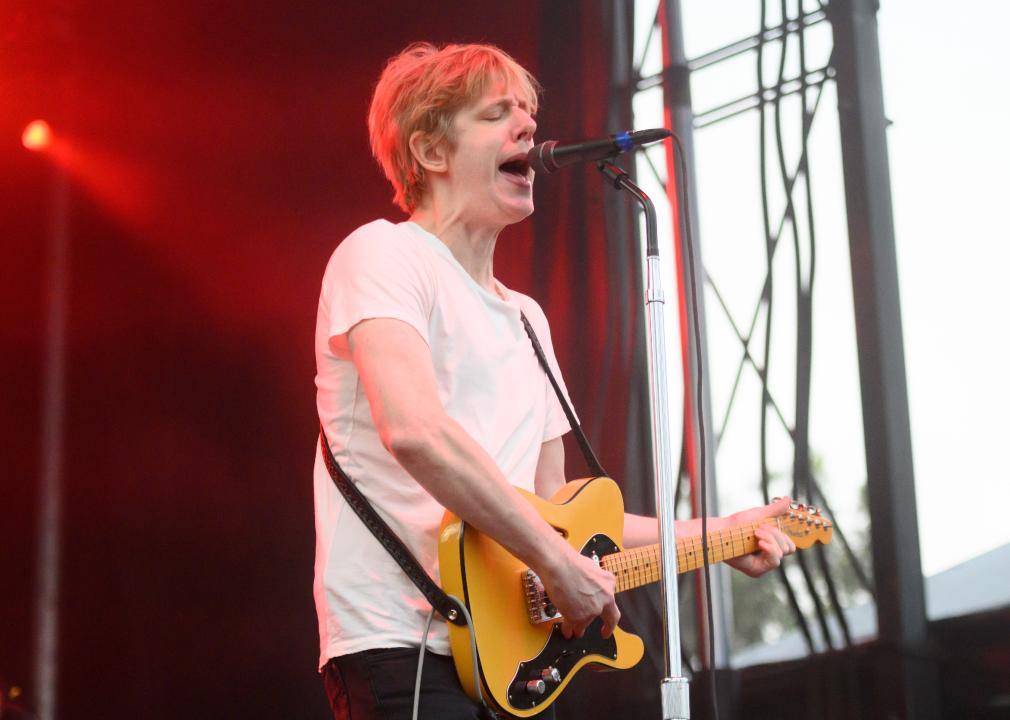 Spoon has been an indie rock titan for 20 years, and the band’s not showing any signs of slowing down. “Lucifer on the Sofa” is yet another master class in the genre. 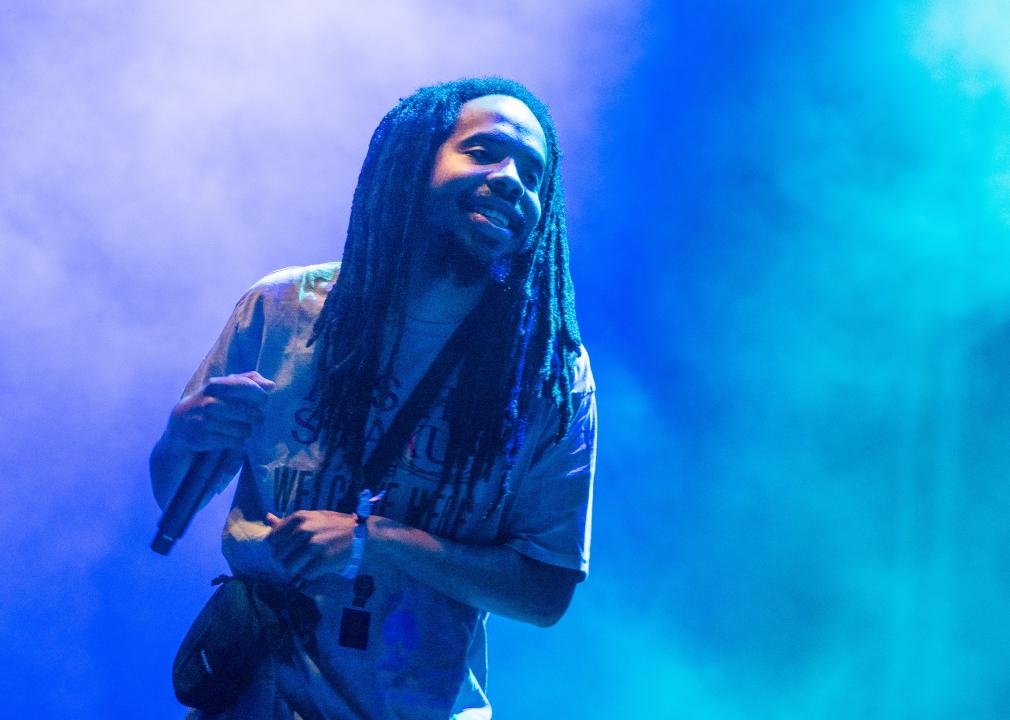 Earl Sweatshirt’s music has always mirrored his life—and it’s a complicated one. However, on “Sick!,” the rapper seems to have found clarity, both personally and in his music. 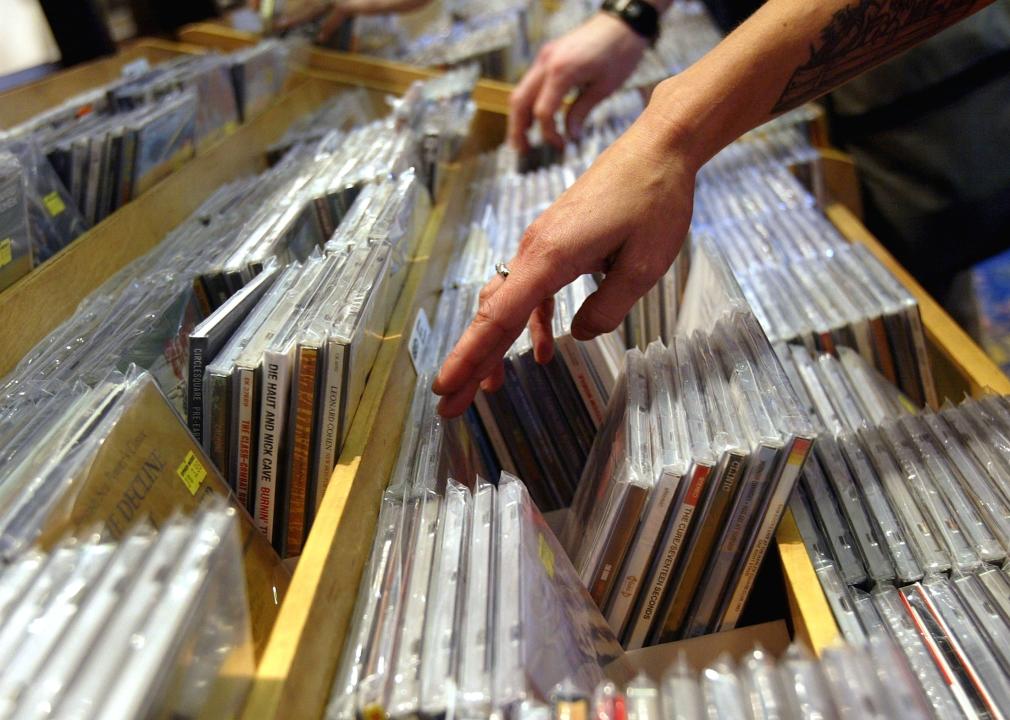 Hardcore punk has seen a resurgence in recent years, and Soul Glo is the band that currently gets the world’s attention. In addition to annihilating your eardrums with his frenetic vocals, singer Pierce Jordan also writes from a unique perspective as a Black man in a predominantly white punk scene.

You may also like: Controversial songs from the year you were born 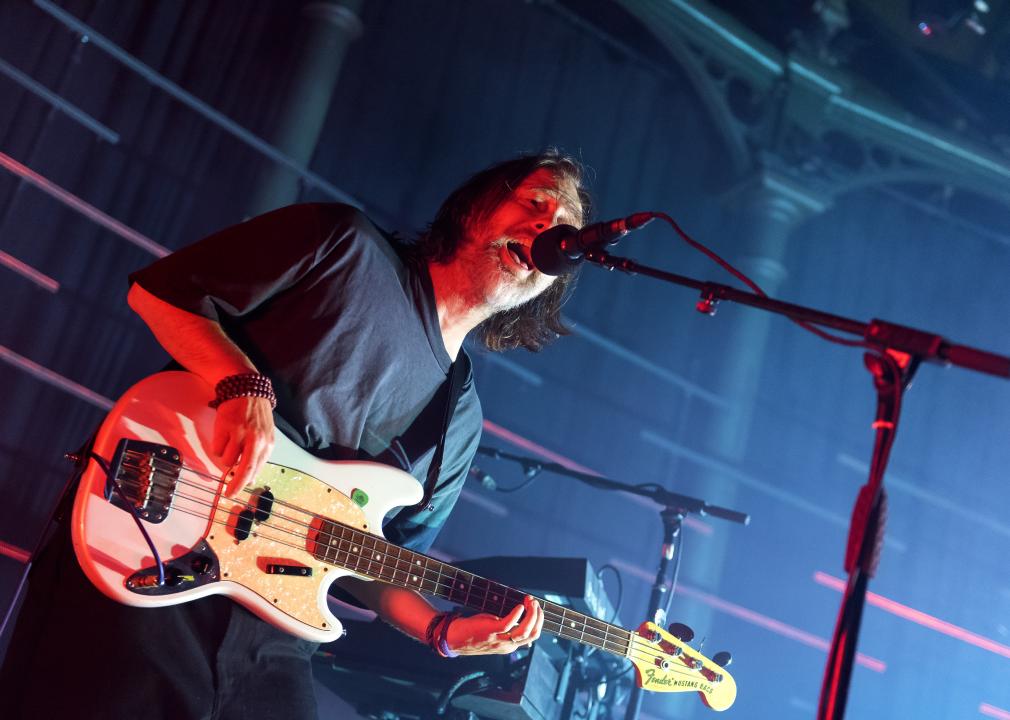 #15. ‘A Light for Attracting Attention’ by The Smile

It’s been more than six years since Radiohead released their last album, “A Moon Shaped Pool,” but the band’s members Thom Yorke and Jonny Greenwood are giving fans the next best thing. The two collaborated with drummer Tom Skinner to form The Smile and their debut album, “A Light for Attracting Attention,” sees the singer and the guitarist at their best. 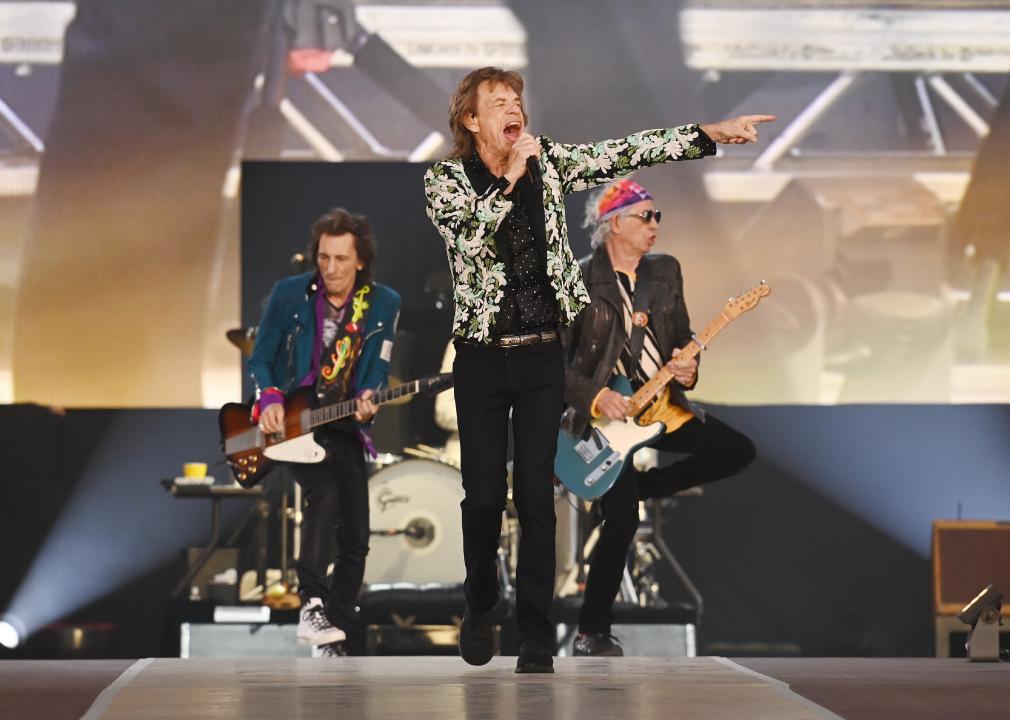 #14. ‘Live at the El Mocambo’ by The Rolling Stones

In March 1977, The Rolling Stones famously played two secret shows at the 300-person capacity club El Mocambo in Toronto. Now, the songs from those legendary shows are available for fans to hear in the form of “Live at the El Mocambo.” 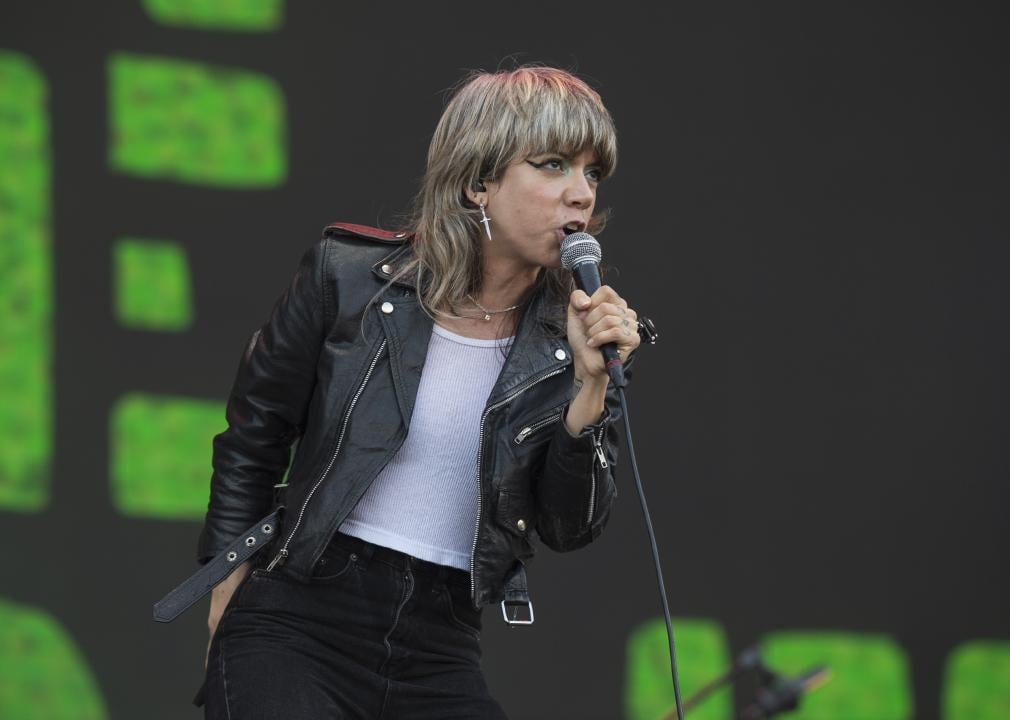 Alynda Segarra has released eight albums under the moniker Hurray for the Riff Raff, and as the singer continues to evolve, so does their sound. What began as a folk project has become a sparkling homage to 1980s music heroes ranging from Bruce Springsteen to David Bowie. 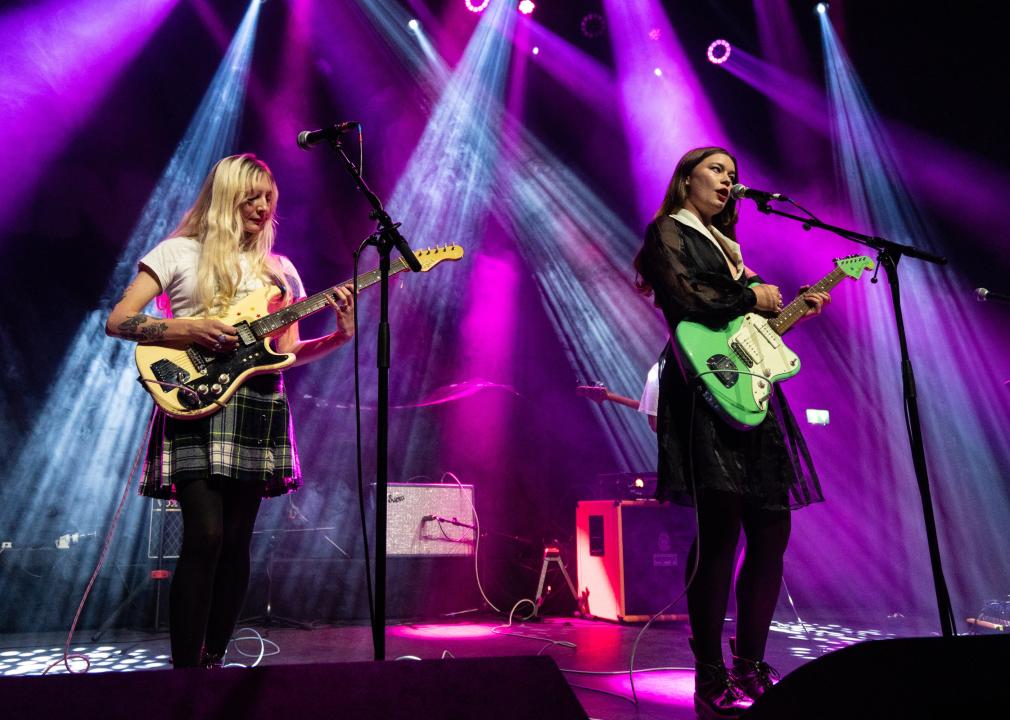 Wet Leg became viral sensations in 2021, thanks to their single “Chaise Longue.” That kind of attention may frighten some, but not Rhian Teasdale and Hester Chambers. The indie rock duo’s self-titled debut exudes that same kind of catchy crudeness and garnered them some famous fans, including Harry Styles, who covered their song “Wet Dream” in the BBC Radio 1 Live Lounge. 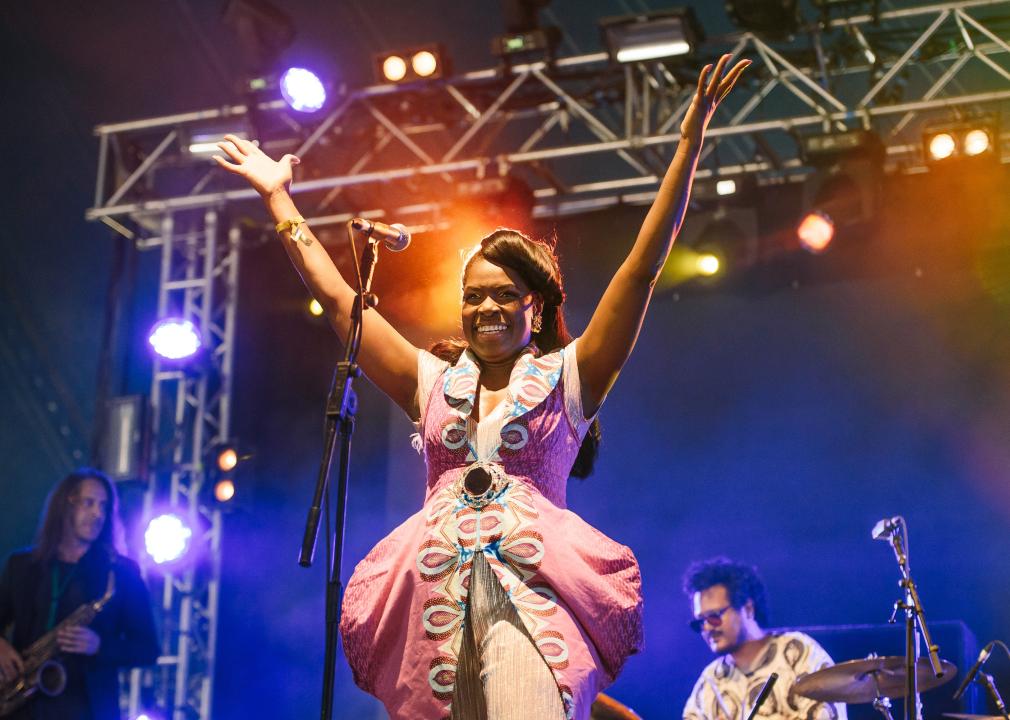 “Electricity” is the first album by Ibibio Sound Machine made with outside producers. The troupe, led by vocalist Eno Williams, enlisted electropop masterminds Hot Chip for the project, and the result is a remarkable melding of West African funk, post-punk, disco, and pop. 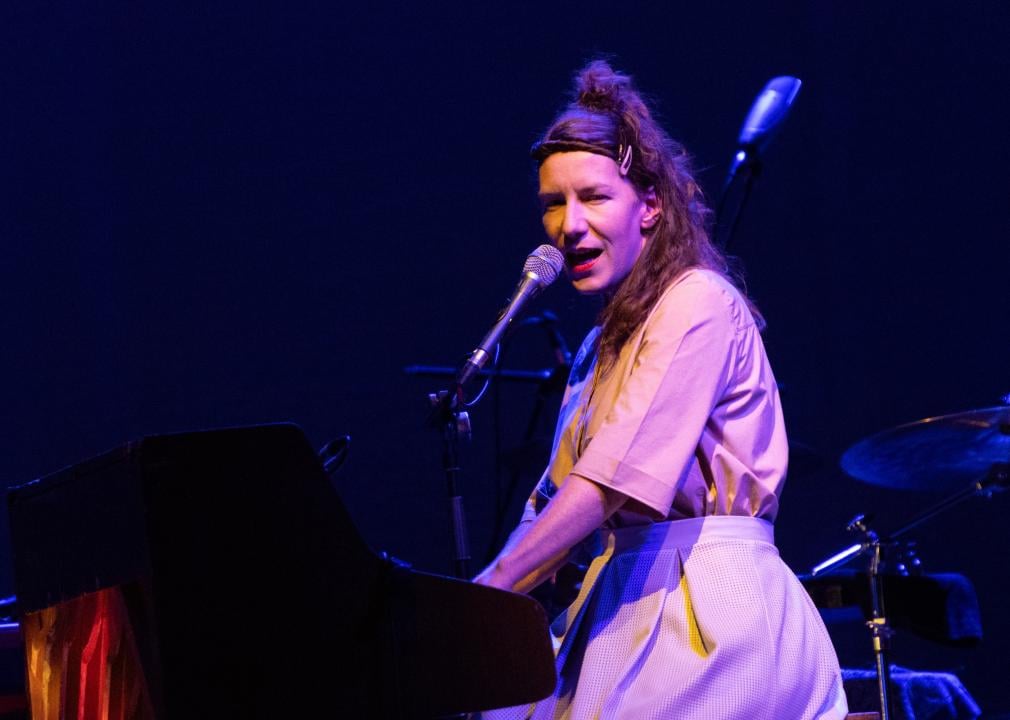 #10. ‘For You Who Are the Wronged’ by Kathryn Joseph

Kathryn Joseph’s first two albums are painfully personal and speak on individual stories of trauma and loss. On her latest album, “For You Who Are the Wronged,” the Scottish singer-songwriter takes those concepts and delivers them in a more general sense, reaching out a hand to whoever might need it. 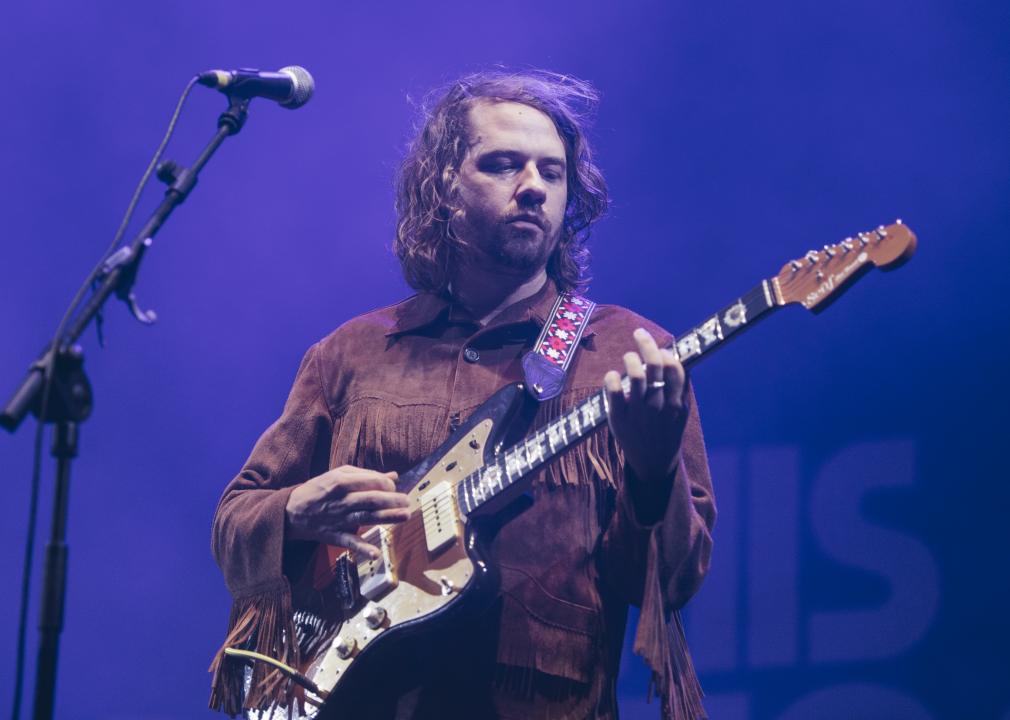 #9. ‘This Is a Photograph’ by Kevin Morby

“This Is a Photograph” sees Kevin Morby grappling with the concept of death. The subject matter may be dark, but the singer-songwriter has a way with words and found a way to make his seventh studio album stand out from the rest. 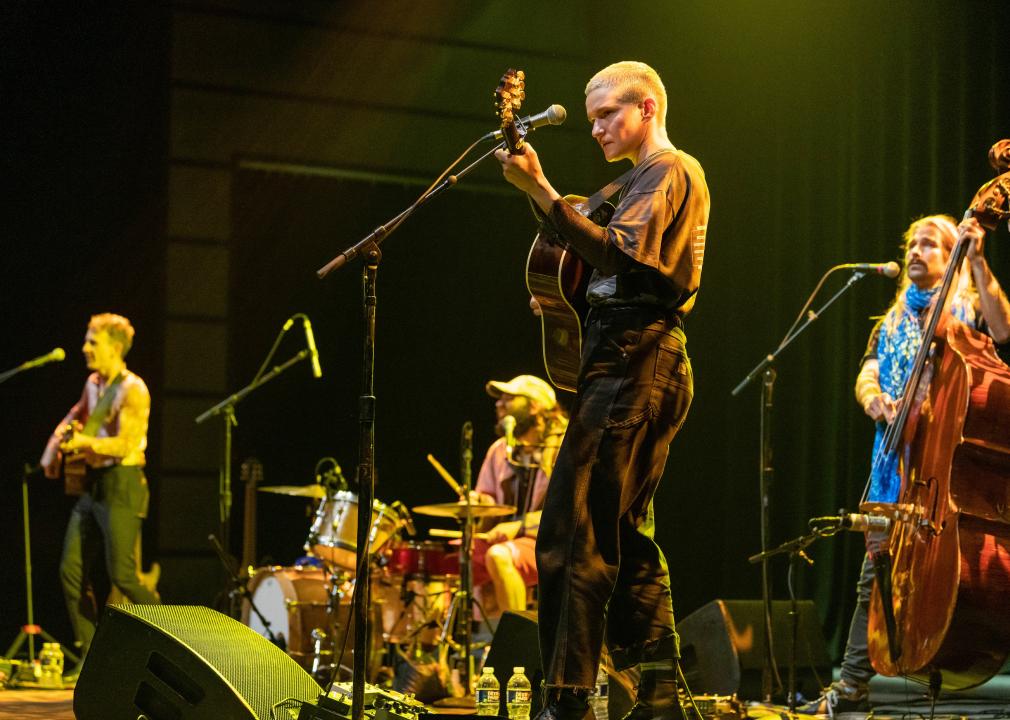 #8. ‘Dragon New Warm Mountain I Believe in You’ by Big Thief

“Dragon New Warm Mountain I Believe in You” is as ambitious in its sound as it was to make. Big Thief’s 20-song double album was recorded throughout five months in four different locations. It’s a lot to take in, and while that might be a negative for other acts, the folk-rockers are able to keep your attention for the full 80 minutes. 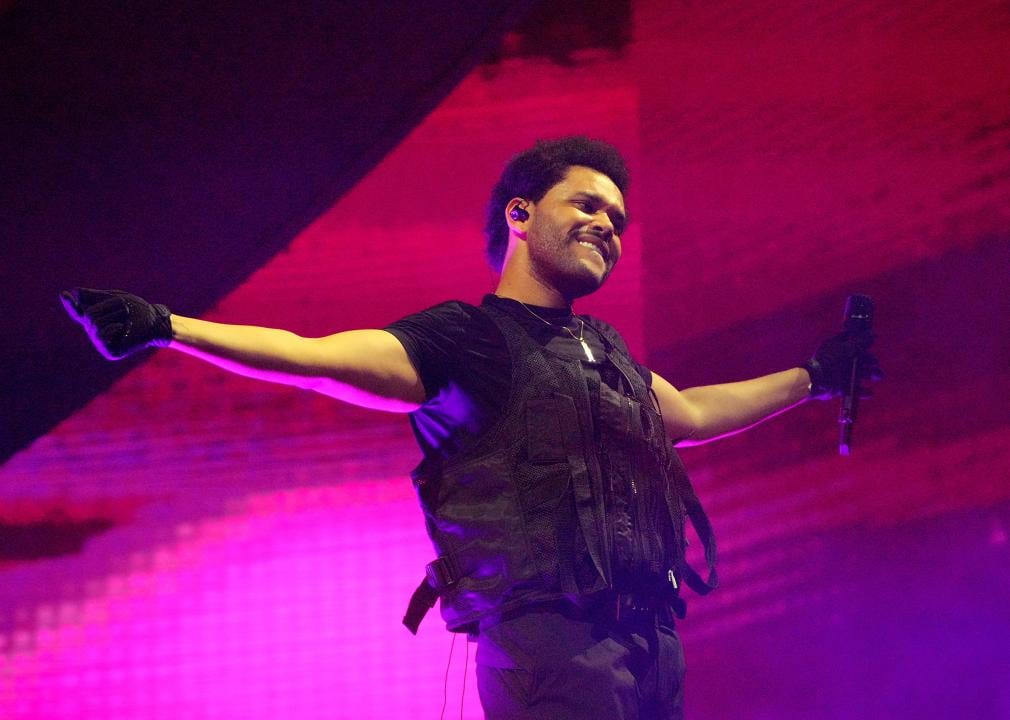 The Weeknd’s fifth album, “Dawn FM,” was conceptualized around listening to a retro-pop radio station in purgatory. That concept was executed with precision—complete with parody commercials and the R&B star’s real-life neighbor Jim Carrey playing a DJ—and resulted in The Weeknd’s most thoughtful and melodic project to date. 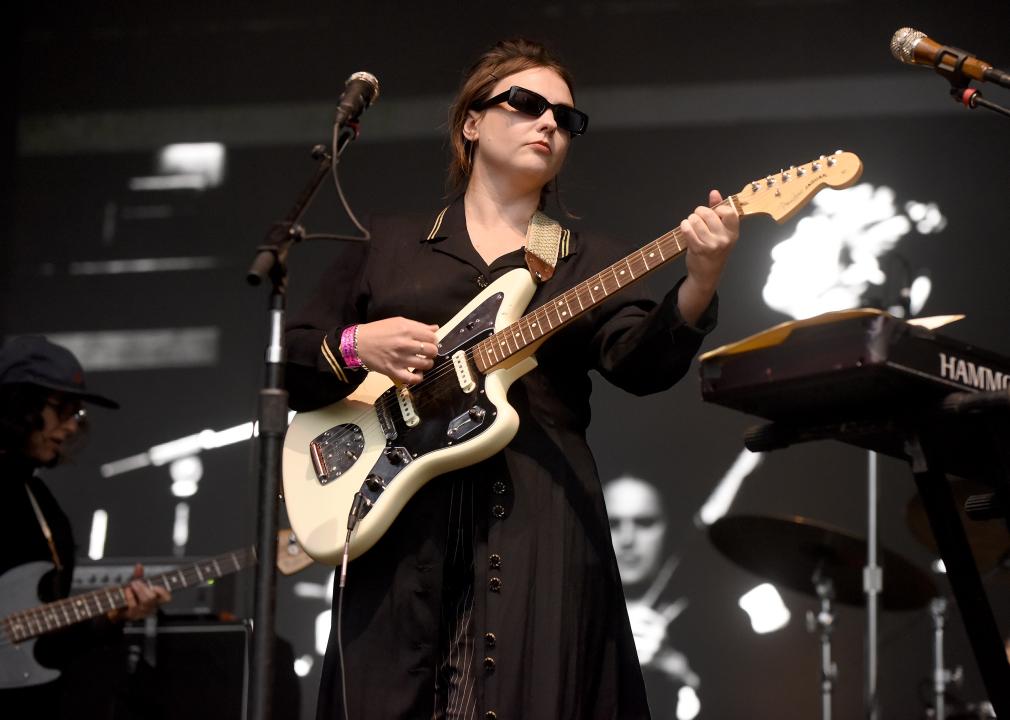 In her first five albums, fans have seen Angel Olsen transform from a folk rock darling to baroque poet. On her sixth effort, “Big Time,” the singer-songwriter transforms herself once more, letting her country influences shine like never before. 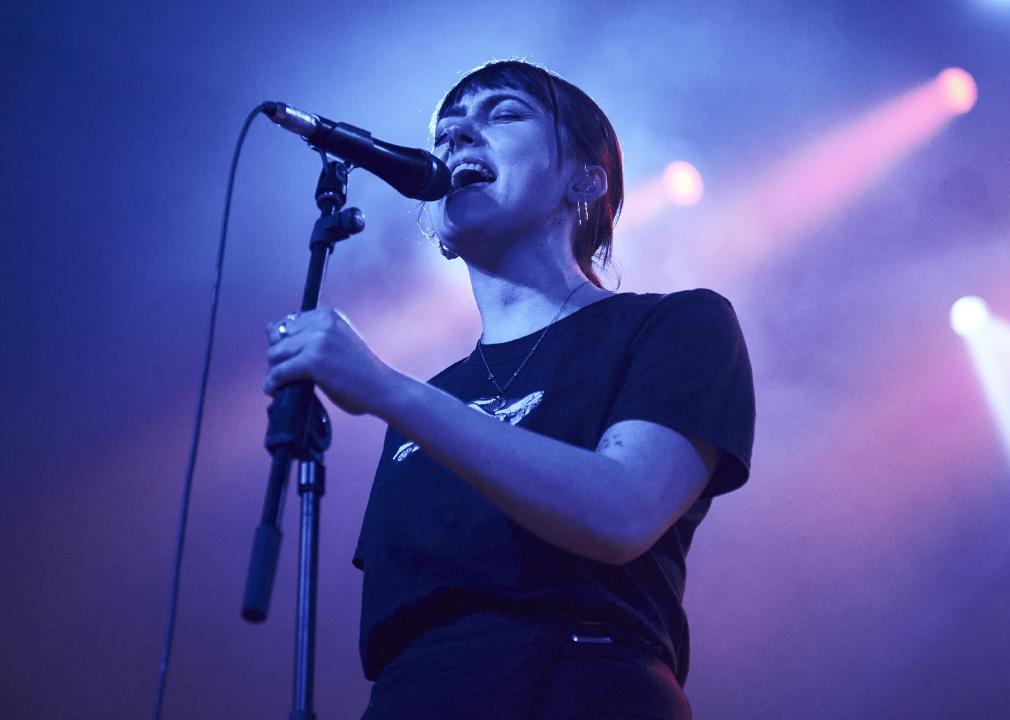 It took Just Mustard four years to release the follow-up to their debut album, “Wednesday,” but “Heart Under” picks up where it left off. The Irish shoegaze quintet build a wall of sound on their sophomore album, broken only by singer Katie Ball’s hypnotizing voice. 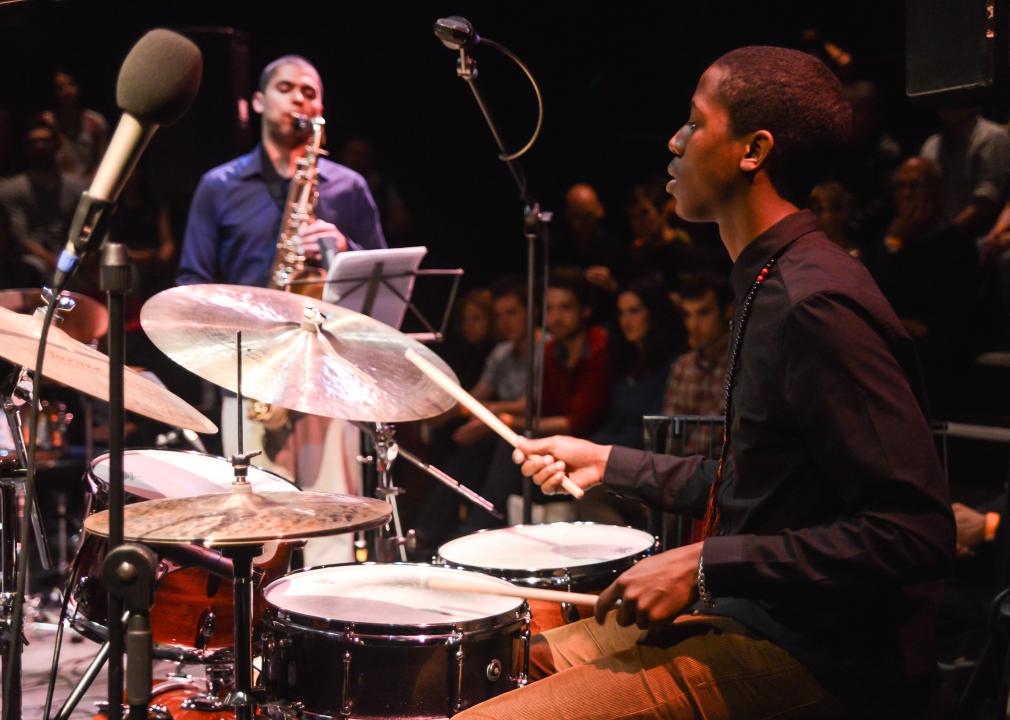 “Feeding the Machine” sees free-jazz saxophonist Binker Golding and drummer Moses Boyd team up with modular synth manipulator Max Luthert. The result is an atmospheric collection of six instrumental songs that clocks in at nearly 50 minutes in length. 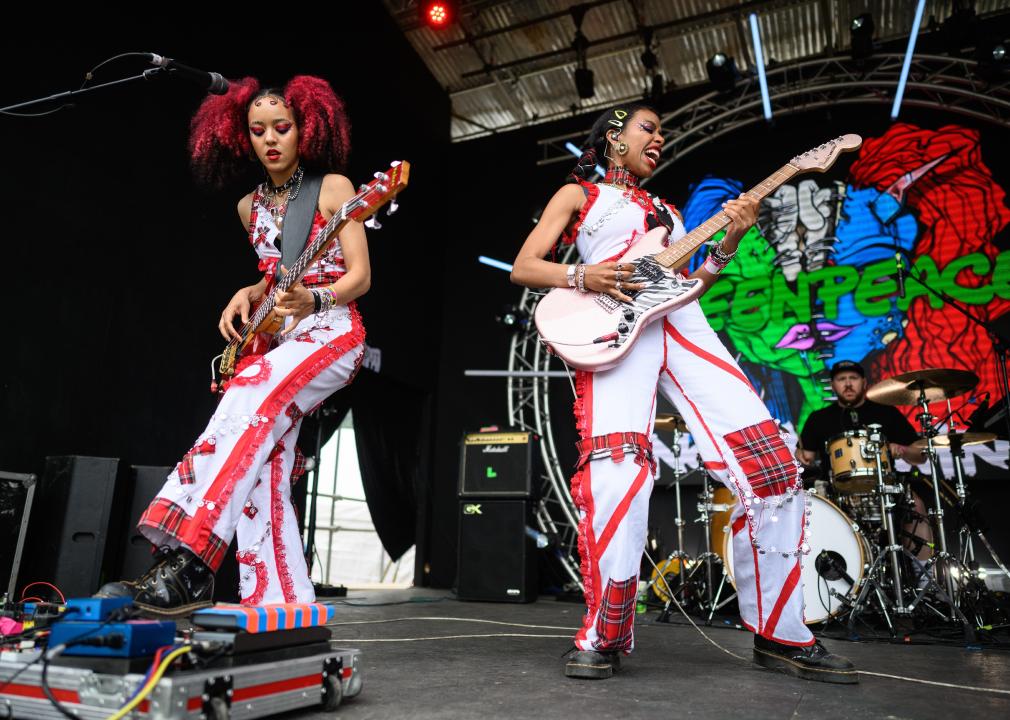 Nova Twins bring nu metal to a whole new level on their sophomore album, “Supernova.” The English rock duo, consisting of vocalist/guitarist Amy Love and bassist Georgia South, dared to experiment more this time around, and it paid off. 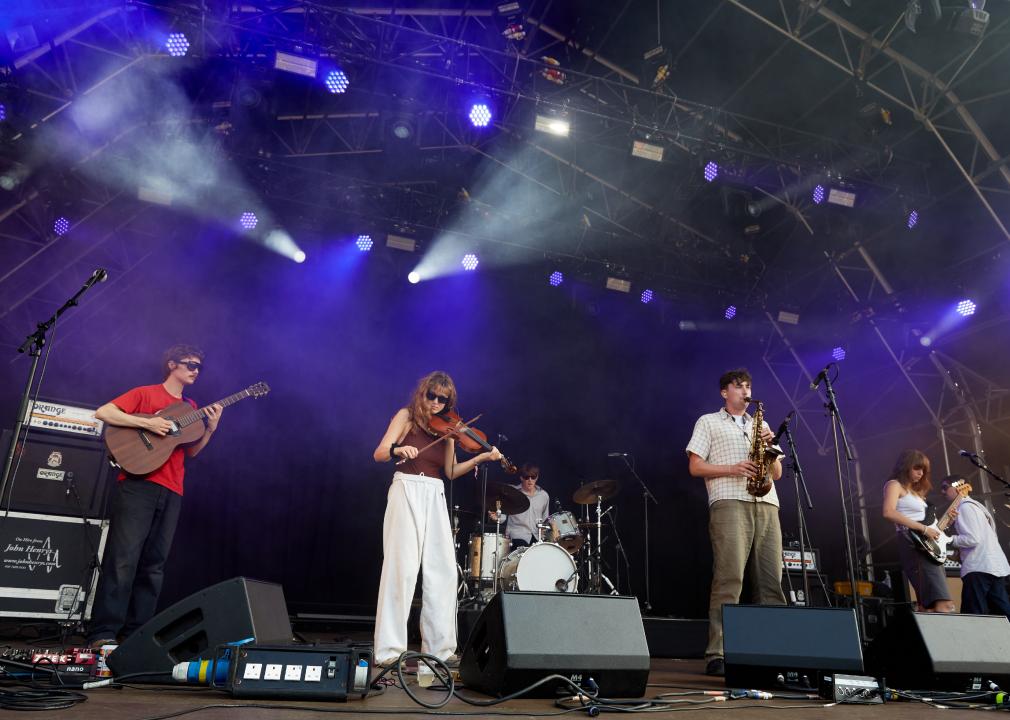 #2. ‘Ants From Up There’ by Black Country, New Road

Black Country, New Road’s sophomore album “Ants From Up There” is a chamber pop masterpiece–think Arcade Fire’s “Funeral,” but with a jazz influence. However, just days before its release, singer/guitarist Isaac Wood announced his departure from the group. Though it’s unclear how the now six-piece band plans to continue without him, there’s been no talk of a full break-up. 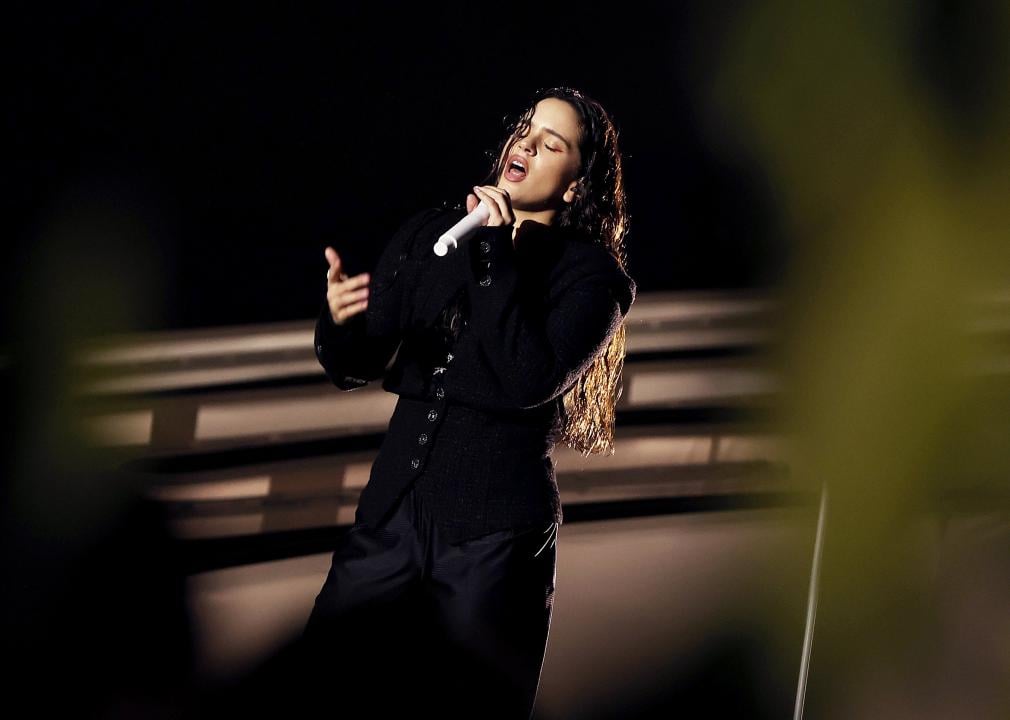 Rosalía soared to international fame after the release of her Grammy-winning sophomore album, El Mal Querer, in 2018.

To many, that kind of success can be daunting, but not for the Spanish-singing pop star. Instead, it pushed her to be even more experimental and wide-ranging in her influences, and the result is “Motomami”—a stylistic collage that’s flawlessly sewn together by Rosalía’s artistic vision. 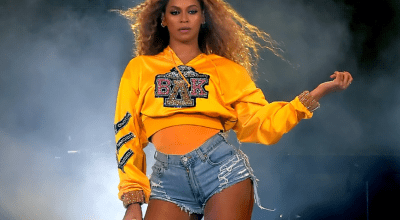 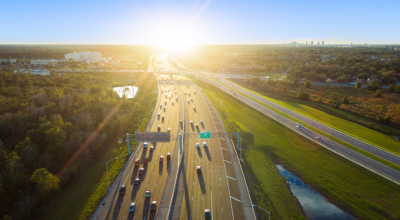 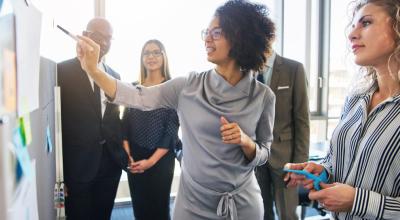 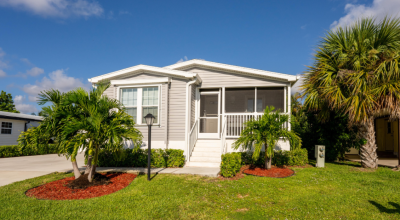