Why did the chickens cross the road? To escape from poultry truck overturned on Mississippi highway. 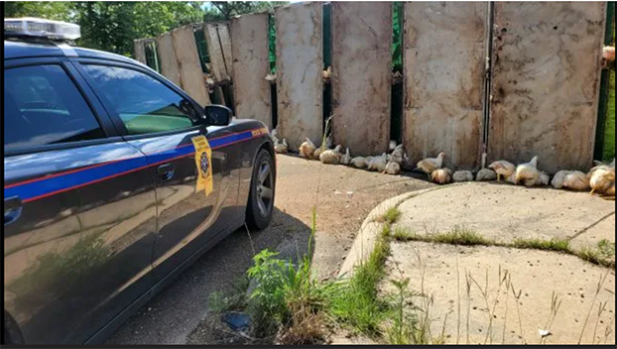 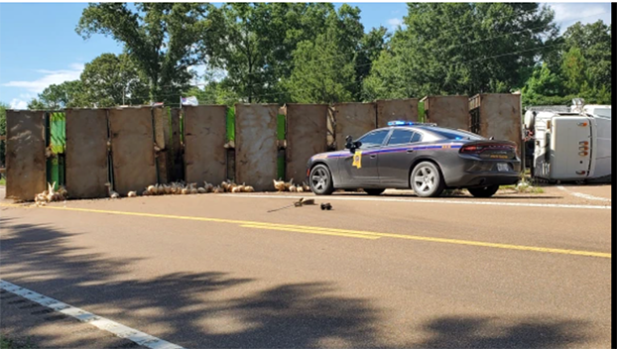 A wreck on a Mississippi highway left more than a few feathers ruffled when a truck carrying live chickens overturned Thursday afternoon.

An 18-wheeler hauling live chickens overturned shortly before 4 p.m. when it attempted to turn off Hwy. 550 onto Dunn-Ratcliff Road in Lincoln County

Photographs of the scene show chickens scattered outside the overturned truck that ended up blocking the highway.

The wreck caused delays for drivers as crews worked to clean up the scene and round up the chickens that spilled out of the truck.

The driver was checked at the scene by EMTs. No serious injuries were reported.