Best police procedurals of all time 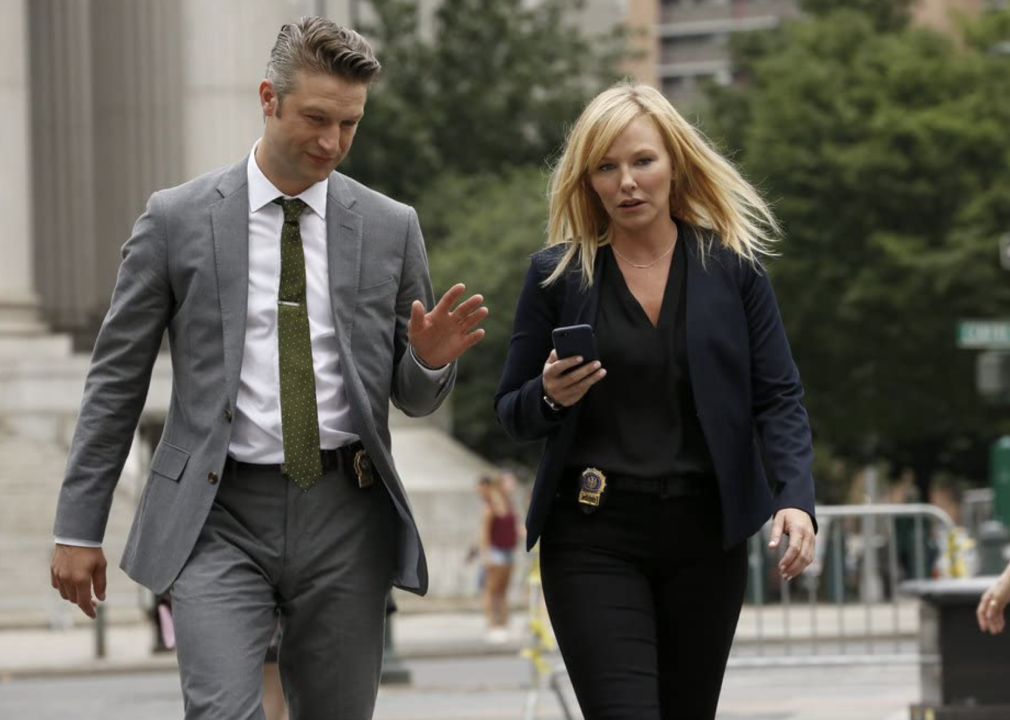 Best police procedurals of all time

According to Merriam-Webster, a police procedural is “a mystery story written from the point of view of the police investigating the crime.” This broad canvas has sprung an endless amount of shows, books, plays, and films. On television, in particular, the police procedural continues to thrive from one decade to the next. What began with shows like “Dragnet” carries through to recent dramas such as “Bosch” and its spinoff “Bosch: Legacy.”

The most common TV police procedurals examine one case per episode while simultaneously exploring various character arcs. However, this is a somewhat narrow view of the subgenre, which extends well outside the traditional template of shows like “Law & Order” or “Criminal Minds.” In fact, some of the highest-rated procedurals of all time are serial dramas such as “Dexter” or the acclaimed anthology series “True Detective.”

No matter what the paradigm, viewers can expect ongoing character development along with gripping crime investigation. A number of shows pull their stories straight from the headlines, lending certain episodes a bone-chilling degree of verisimilitude. On the flip side of that coin are shows like “Lucifer,” which incorporate supernatural elements into an otherwise familiar milieu.

But which are the best police procedurals of all time? To find out, Stacker looked at all English-language crime TV series released in the U.S. on IMDb with over 10,000 votes and narrowed it down further to police procedurals. From modern reinventions of the police procedural to the traditional greats that created the prototypical procedural formula, these are the top 25 by user rating, with ties broken by votes. 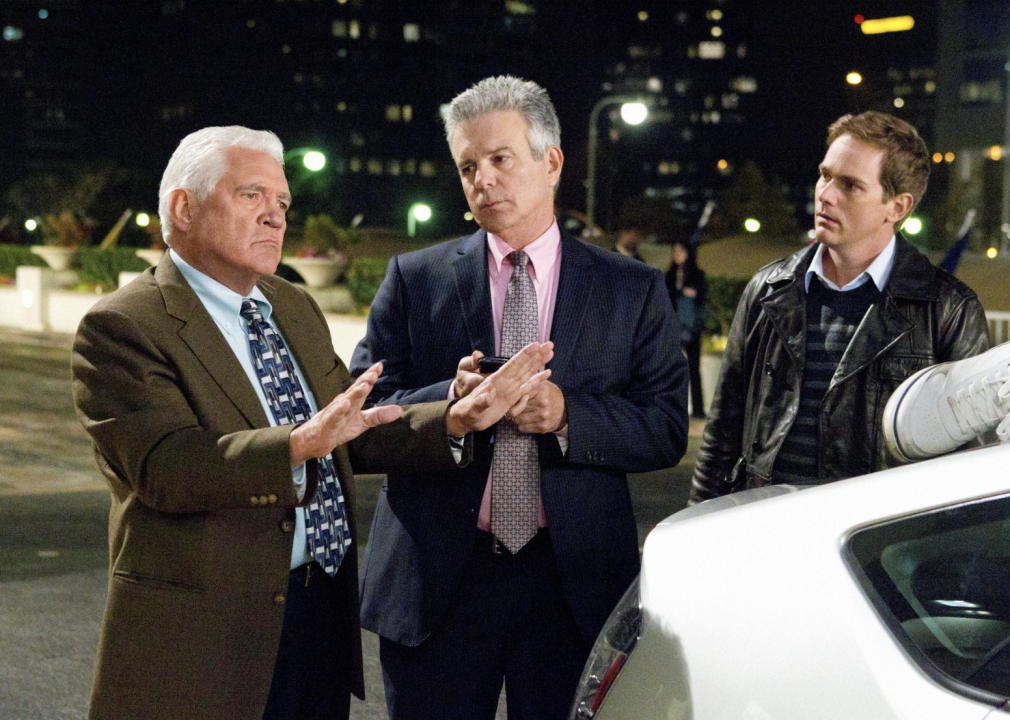 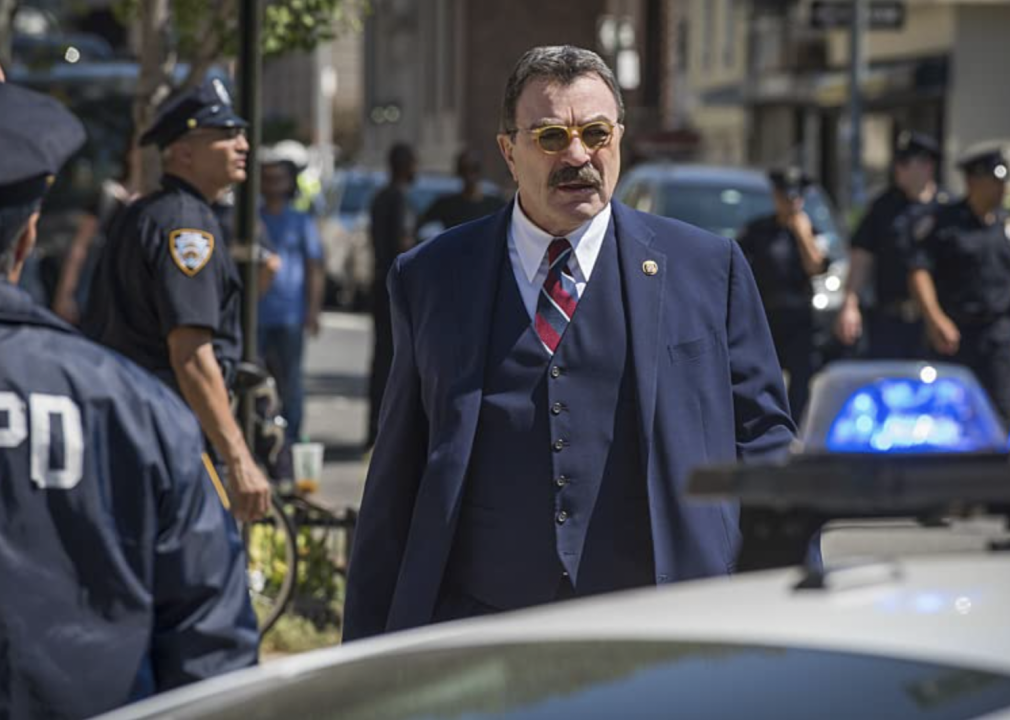 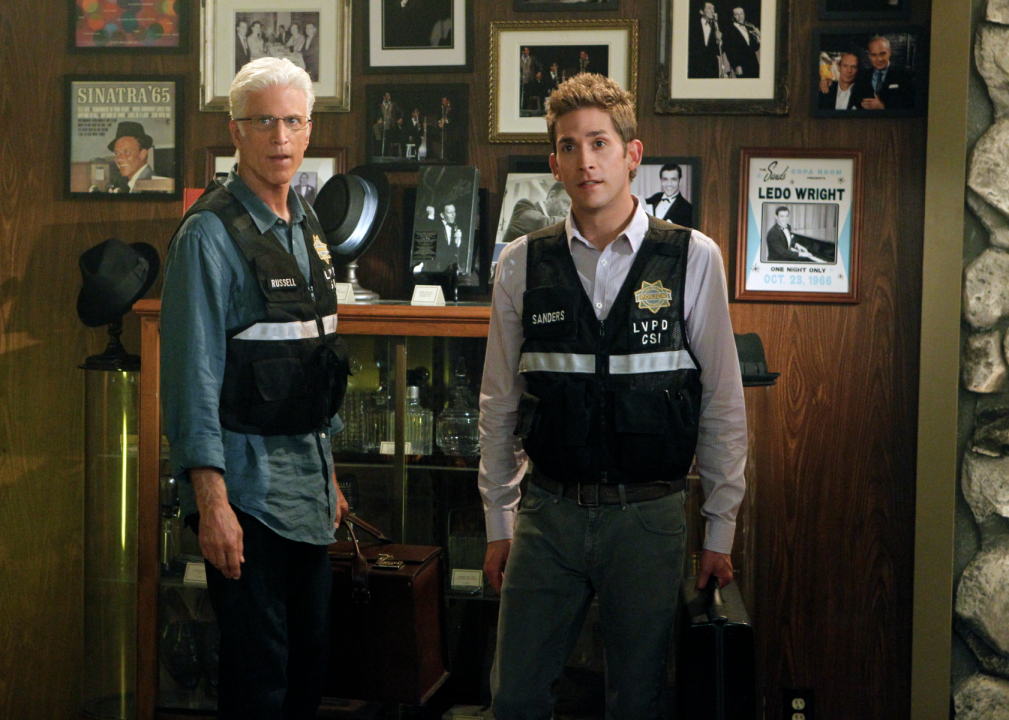 With its kinetic pacing and cinematic visuals, this blockbuster series helped redefine police procedurals for the modern era. The story follows a team of Las Vegas forensics experts as they solve cases by way of advanced scientific analysis. While loaded with inaccuracies, it earned a huge following and spawned multiple spinoffs. 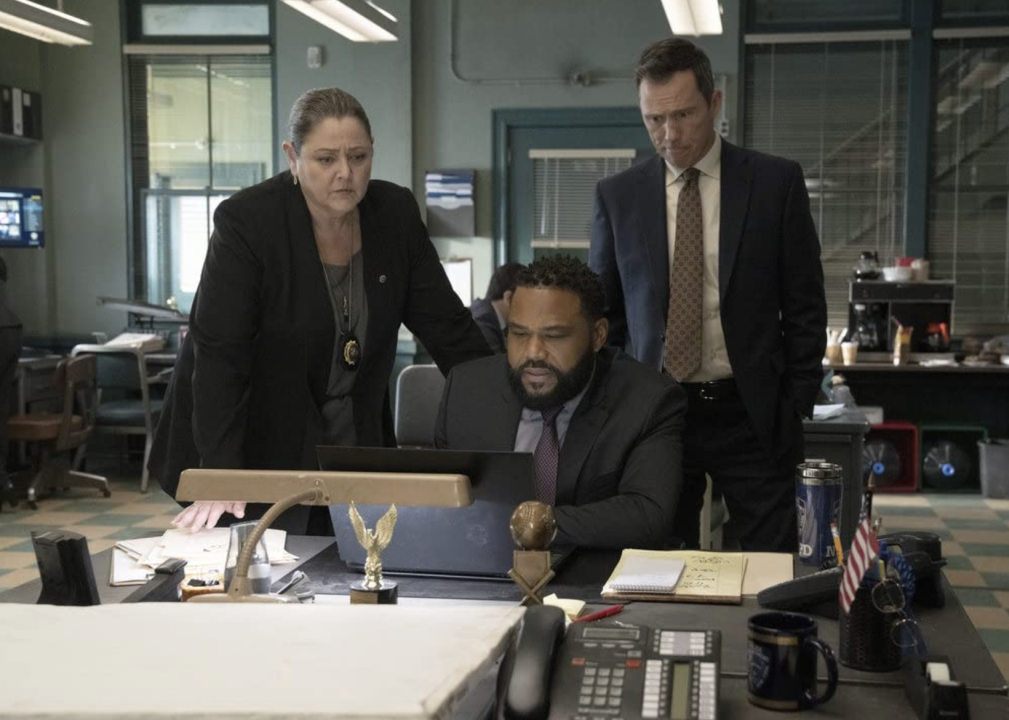 Nearly every episode of this seminal drama dedicates the first half to investigating crimes and the second half to prosecuting them. Many of its stories come straight from the headlines and numerous A-listers have appeared in guest roles. After a long hiatus, it hit the airwaves once again with a 21st season in 2022. 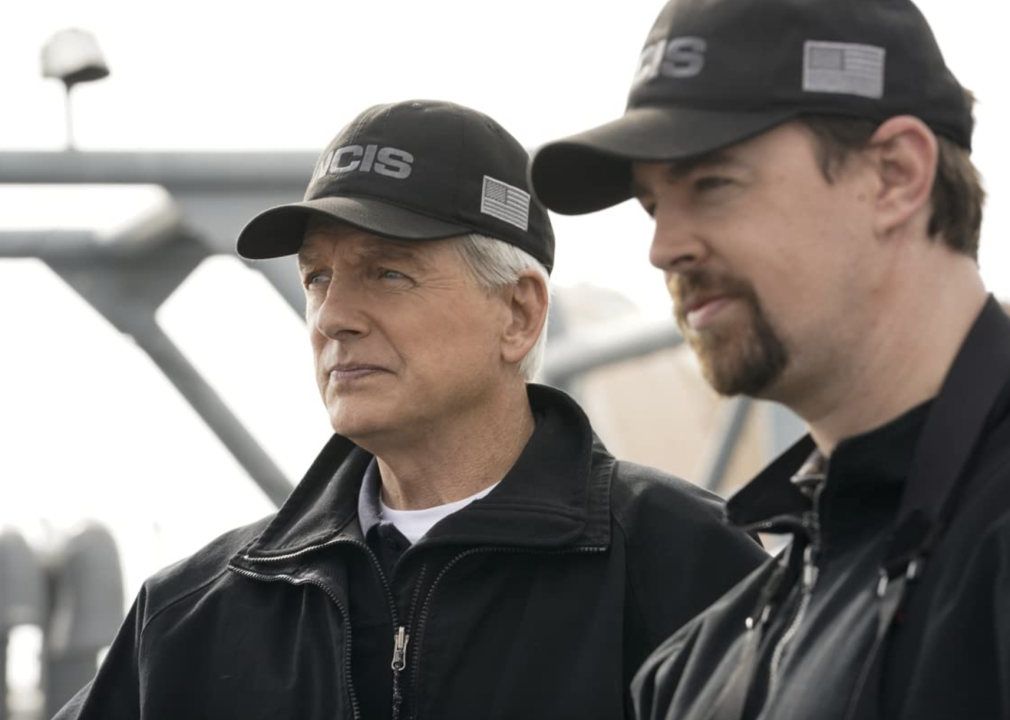 Coming up on its 20th season, this enduring drama puts a military twist on the police procedural format. It chronicles the Major Case Response Team of the Naval Criminal Investigative Service as they tackle crimes involving Navy or Marine Corps personnel. Mark Harmon leads the ensemble cast and also serves as executive producer. 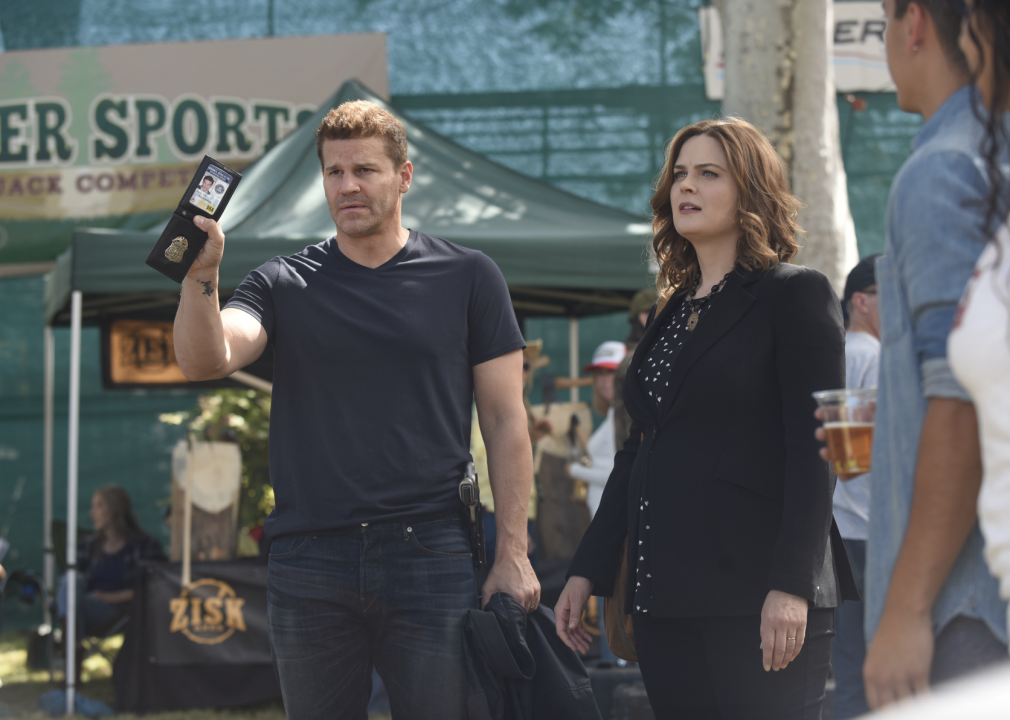 While more comedic than the common police procedural, “Bones” is ultimately no less grim. In each episode, a brainy forensic anthropologist (Emily Deschanel) and a brash FBI agent (David Boreanaz) examine human remains in search of clues to a crime. Their romantic tension makes for a recurring subplot, as do the personal exploits of their respective team members. 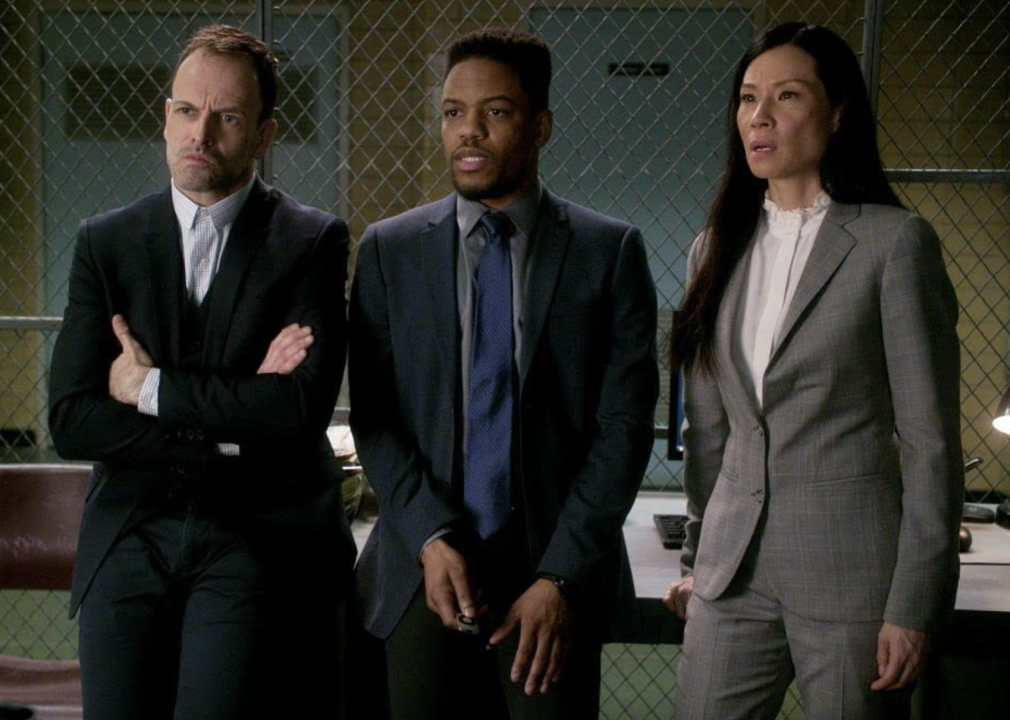 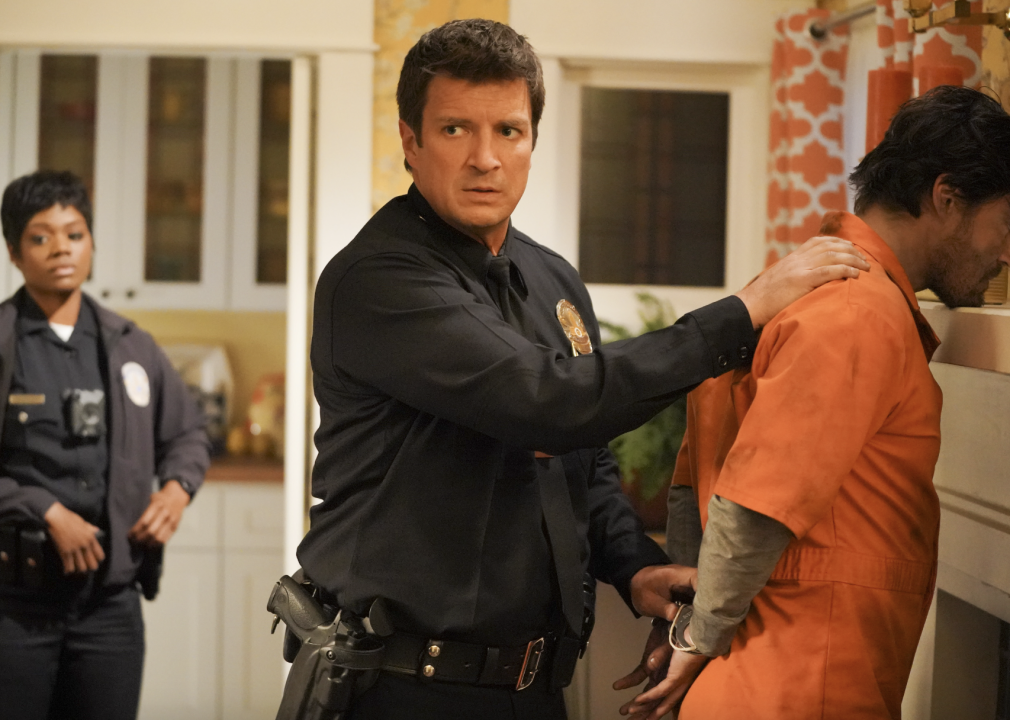 Actor Nathan Fillion followed the series “Castle” with this entertaining crime drama, in which he plays the LAPD’s oldest rookie. Anchored around the persona of its lead, the show interweaves gripping action with witty banter and character-driven comic relief. 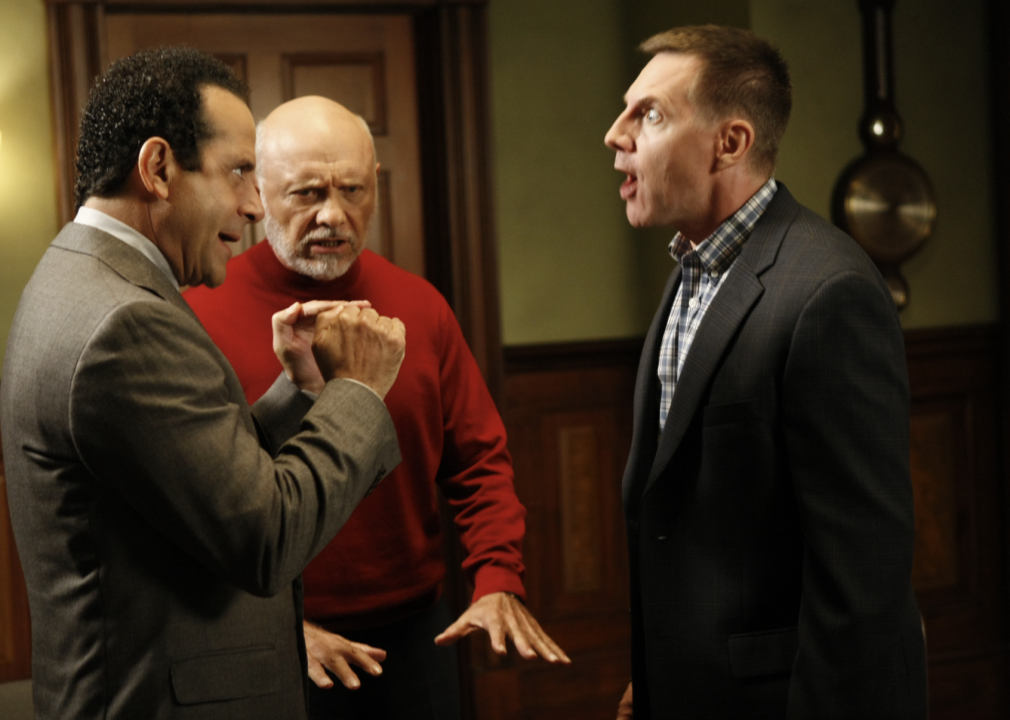 Few (if any) police procedurals are as tightly tethered to their main protagonist as this one, which ran on the USA Network for eight seasons. Veteran actor Tony Shalhoub plays the title character, a private investigator who suffers from an obsessive-compulsive disorder. Its high-rated finale set a record for the most-watched hour-long episode in cable TV history. 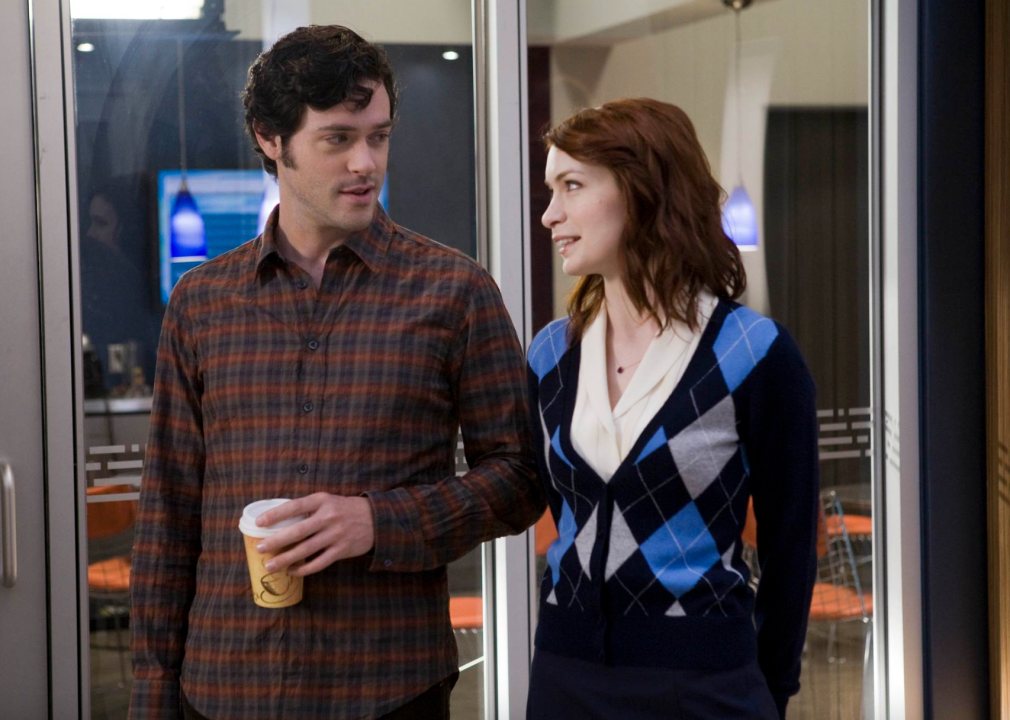 You may also like: 25 of the most expensive TV series of all time 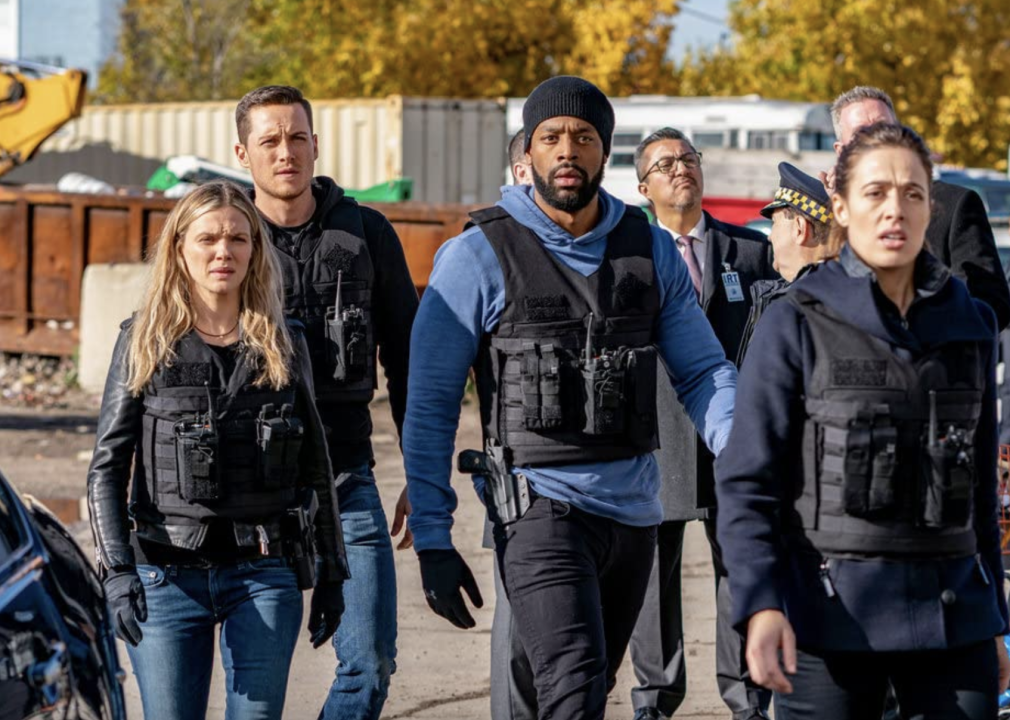 This police procedural makes up part of Wolf Entertainment’s One Chicago media franchise and shares a universe with the shows “Chicago Fire” and “Chicago Med.” It brings viewers into the Chicago PD’s Intelligence Unit, where Sergeant Hank Voight (Jason Beghe) and his team take on the city’s toughest cases. Season 10 premieres in September 2022. 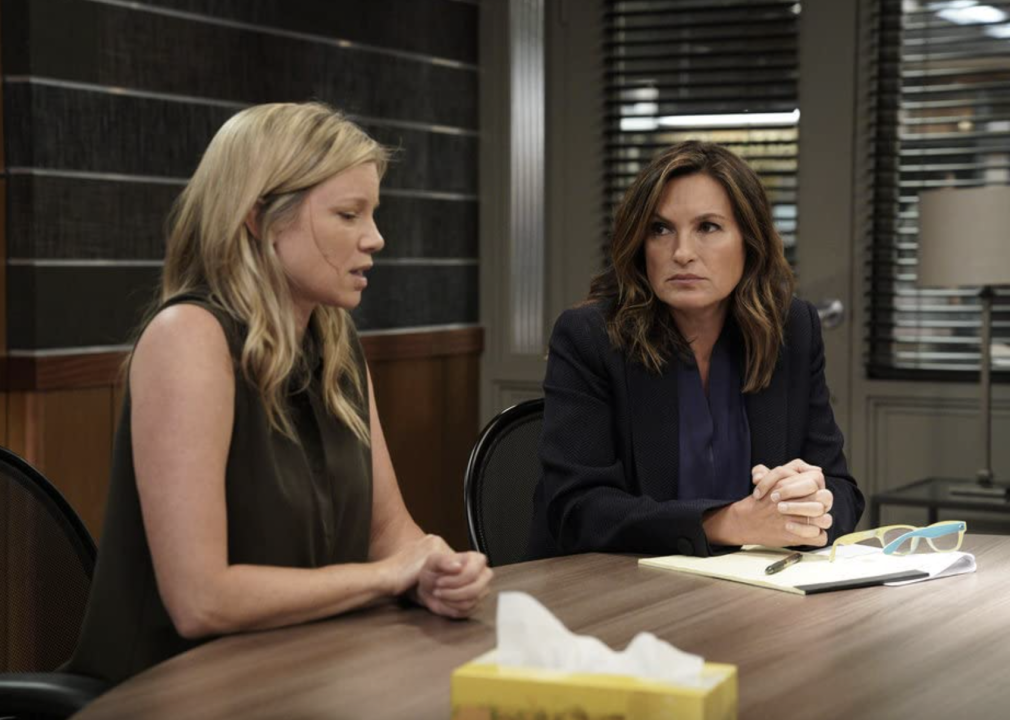 The longest-running live-action series in the history of primetime TV takes place in New York City and tackles crimes of a sexual nature. True to the “Law & Order” format, most episodes divide their time between investigation and prosecution. Stars such as Mariska Hargitay, Richard Belzer, Christopher Meloni, and Ice-T have been with the cast for over two decades. 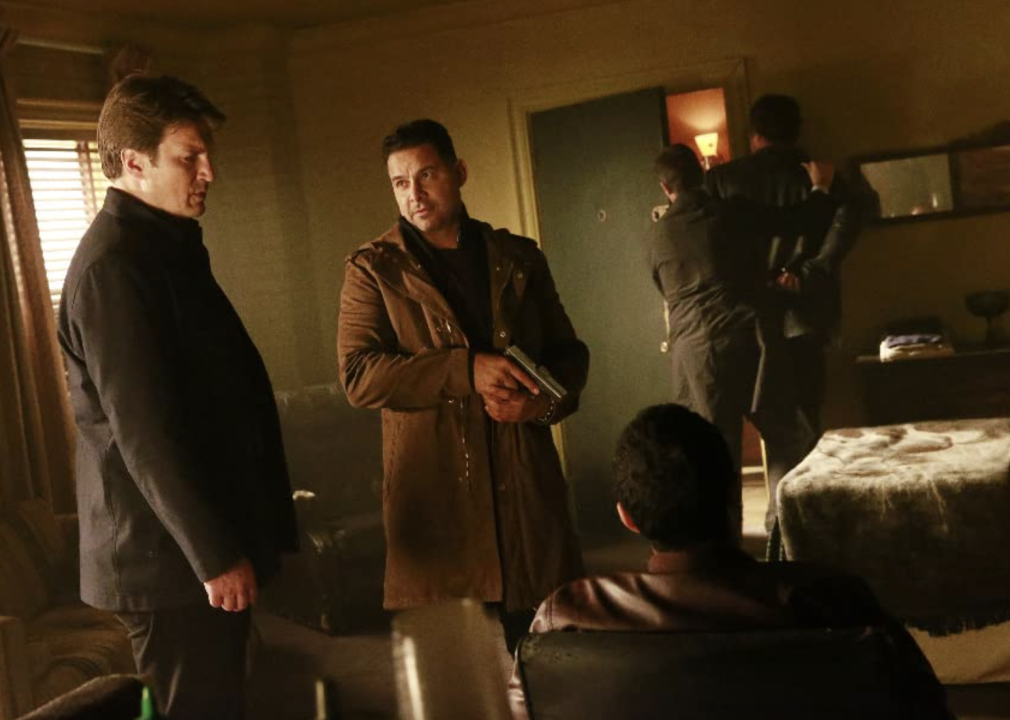 Bestselling mystery writer Rick Castle (Nathan Fillion) becomes a real-world crime-solver in this ABC dramedy. He and homicide detective Kate Beckett (Stana Katic) make for an unlikely team as they investigate New York City’s most unusual cases. Their fraught partnership turns to friendship—and eventually to romance as the seasons progress. 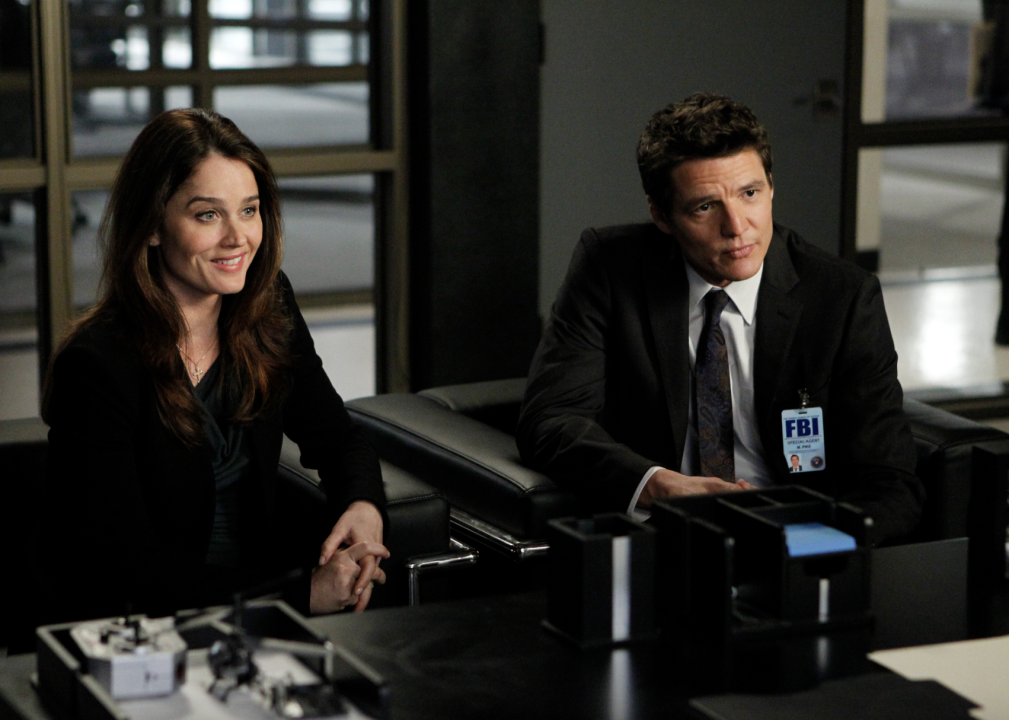 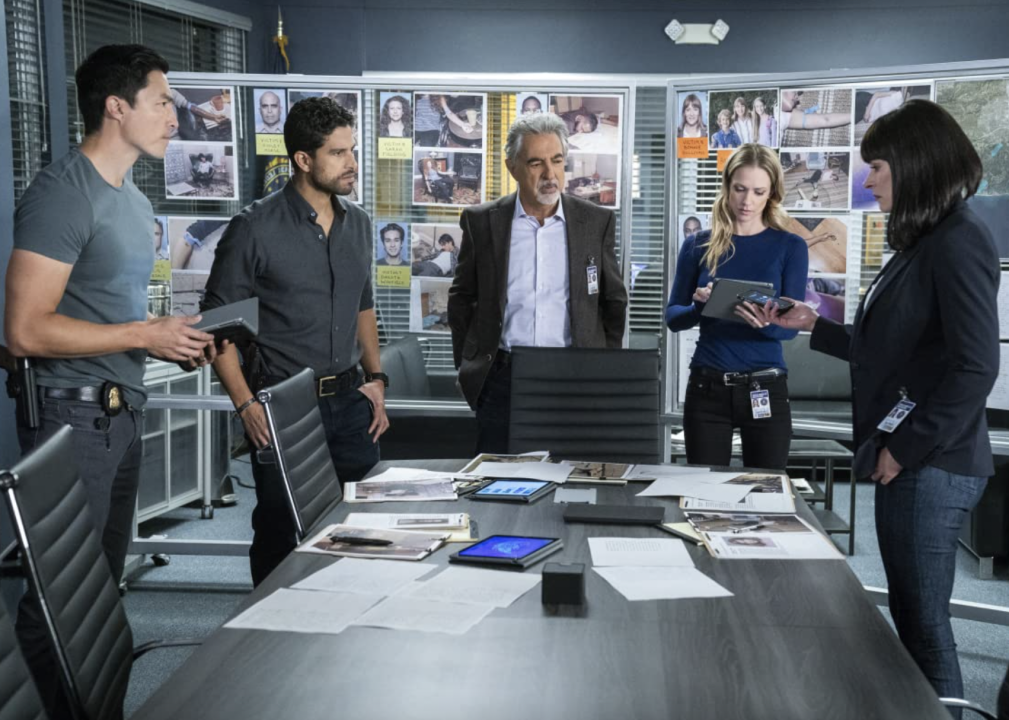 This gripping procedural chronicles an elite team of FBI profilers as they try to decipher a criminal’s next move. A ratings smash for CBS, it spawned a media franchise and outlasted two spinoffs before concluding its 15th and final season. Paramount+ is reportedly developing a 10-episode revival along with a true-crime docuseries based on real-life profilers. 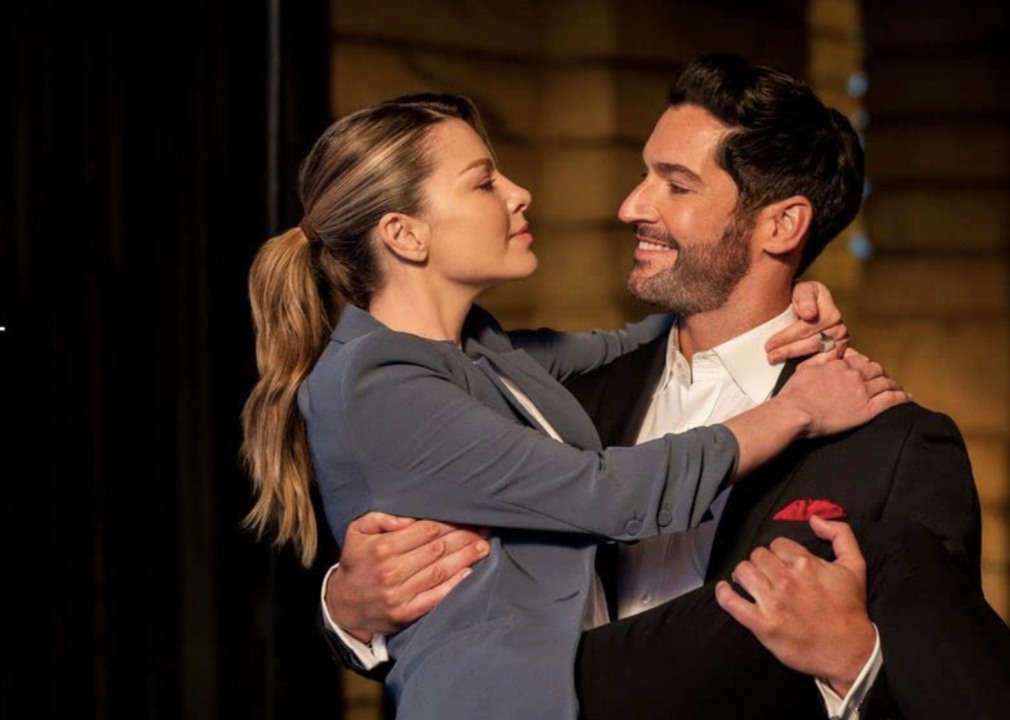 A fantasy-based departure from the traditional procedural, this supernatural drama presents the fallen angel Lucifer (Tom Ellis) as its crime-solving protagonist. It’s based on a DC Comics character co-created by legendary writer Neil Gaiman. After debuting on Fox, it migrated over to Netflix for the final three seasons. 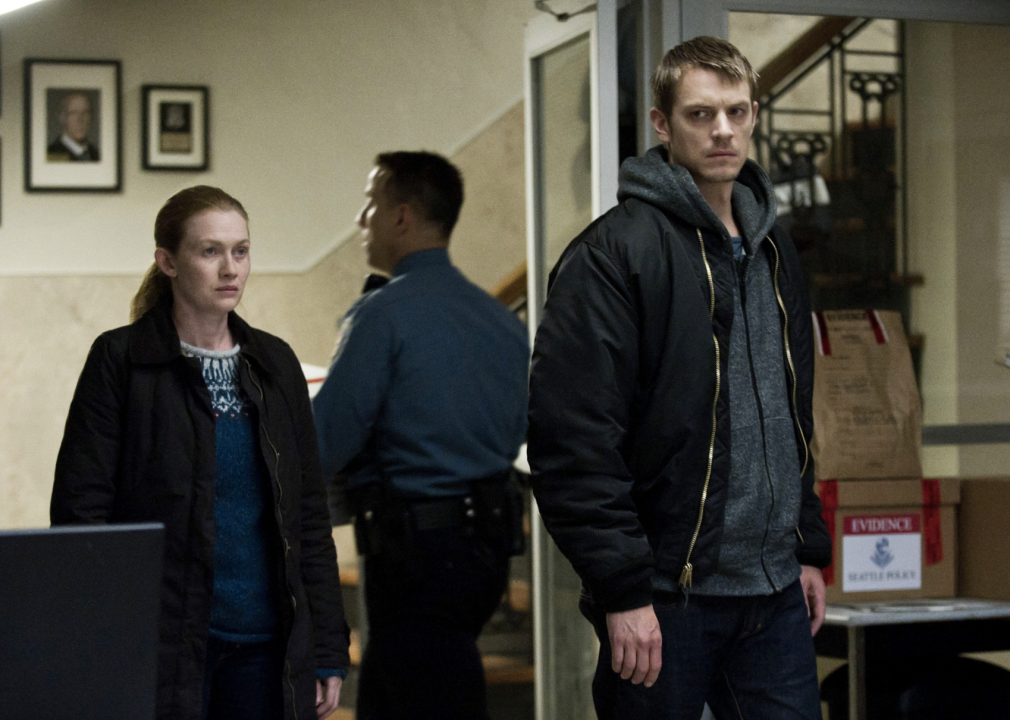 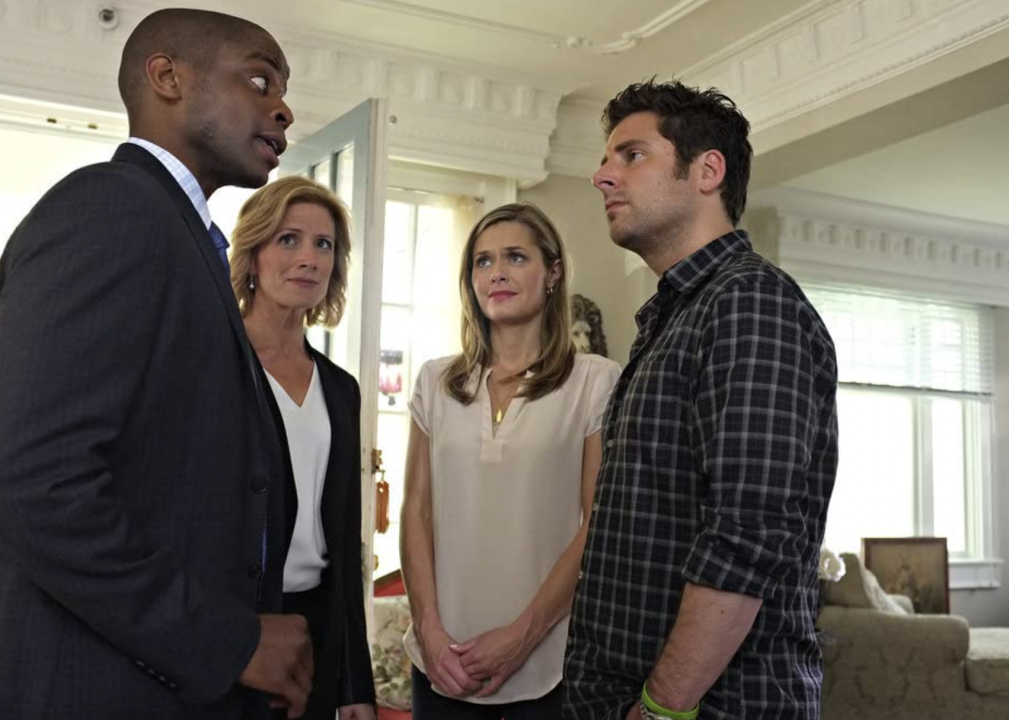 The first season of this USA crime dramedy was the most-watched new show on basic cable in 2006. It tells the story of a pseudo-psychic (James Roday) and his business partner (Dulé Hill), who must maintain their ruse if they want to keep working with the Santa Barbara PD. A 2017 feature film picked up three years after the series finale and rolled out to rave reviews. Based on Michael Connelly’s long-running book series, this taut police drama revolves around LAPD homicide detective Harry Bosch (Titus Welliver). Straight-faced and insubordinate, Bosch overcomes various challenges in his pursuit of justice. It hit its stride starting in the second season and held a 100% critic score on Rotten Tomatoes each season ever since. 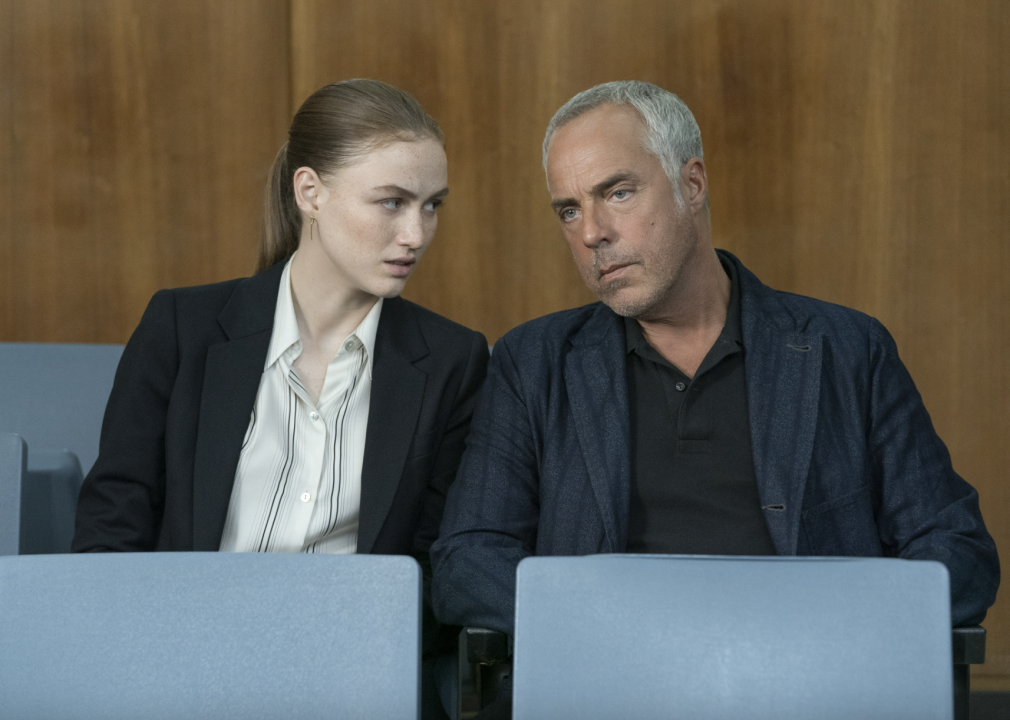 While technically a spinoff of “Bosch,” this series is really more of a continuation on the ad-supported Freevee streaming service. After quitting the LAPD, the titular character takes on the life of a private investigator. It employs the same no-frills style as its predecessor and has been renewed for a second season. 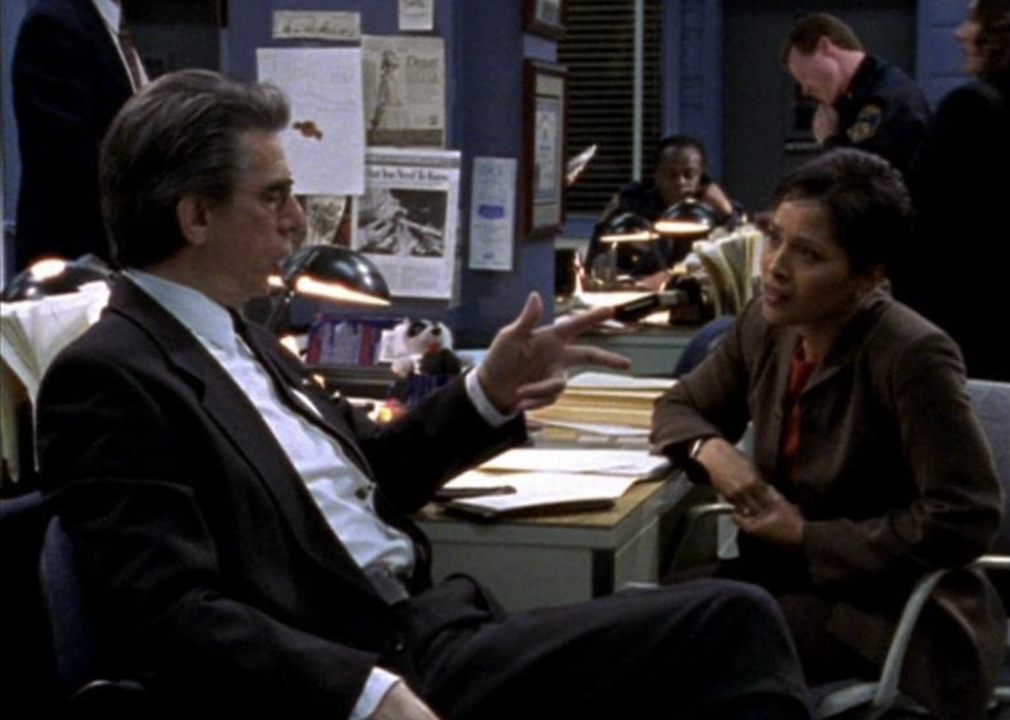 #5. Homicide: Life on the Street

Former crime reporter (and future “The Wire” creator) David Simon spent a year with the Baltimore PD when writing the book on which this police drama was based. It similarly takes a no-frills approach to the hard work performed by city homicide detectives. Seven seasons were followed by a made-for-TV movie. 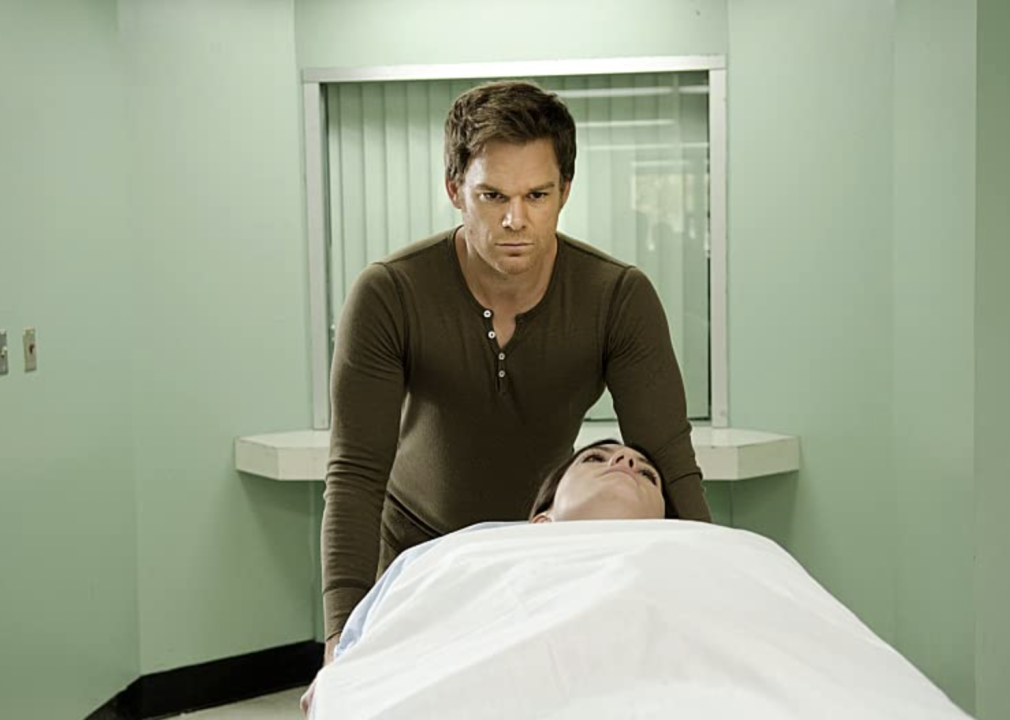 A natural born serial killer, Dexter Morgan (Michael C. Hall) targets others of his kind in this iconic Showtime procedural. It brings the city of Miami to life in signature color and counterbalances dark subject matter with occasional comic relief. The story continues with a 2021 reboot called “Dexter: New Blood.” 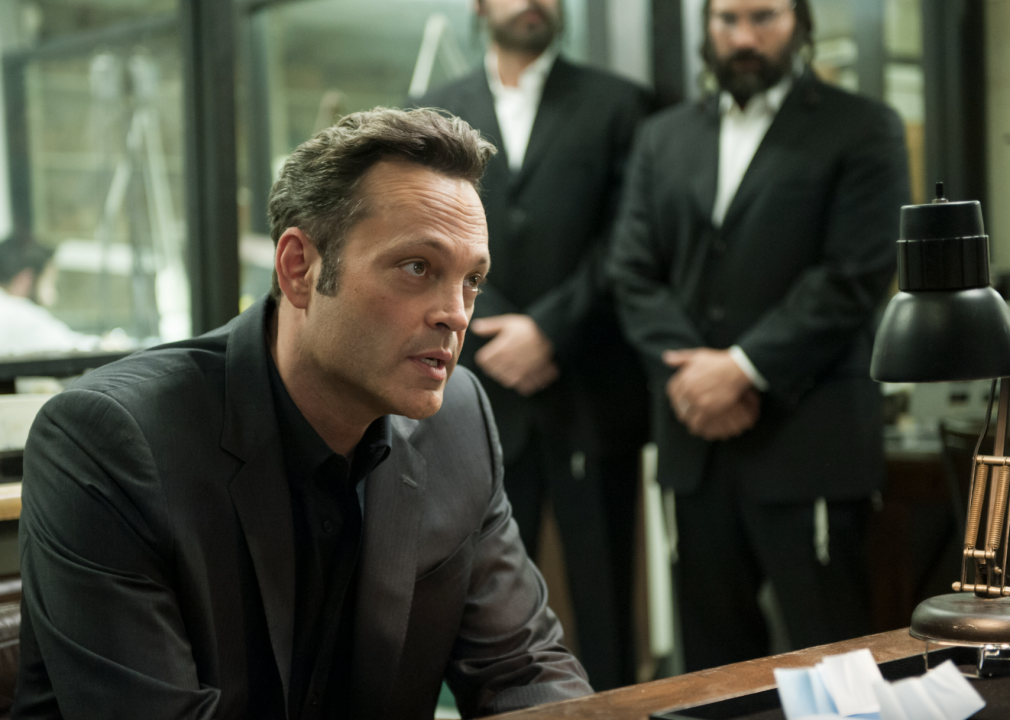 This HBO anthology series captured the zeitgeist with its heralded first season, in which two detectives (Woody Harrelson and Matthew McConaughey) hunt for a serial killer. Each subsequent season examined a different crime story to somewhat uneven results. A fourth season is currently in development with Jodie Foster attached. 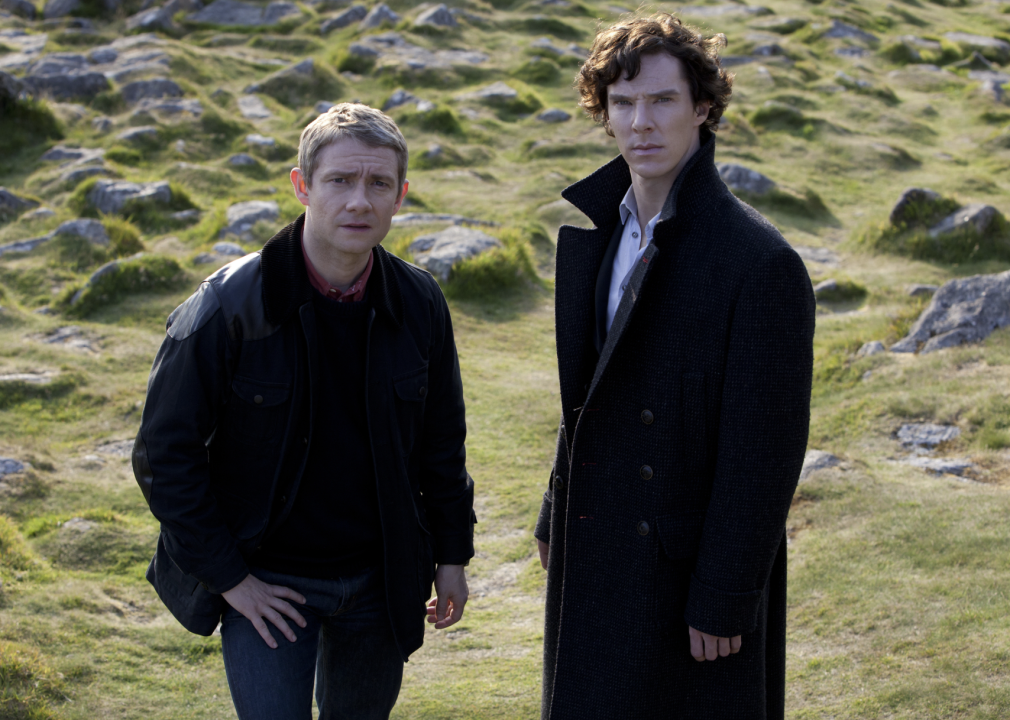 This award-winning BBC crime drama features Benedict Cumberbatch in a breakout role as the famous detective. It updates the setting to modern-day London and co-stars Martin Freeman as Watson. “The appeal is elementary: good, unpretentious fun,” wrote critic Mike Hale for The New York Times. David Simon’s masterful series exists in a class of its own and bears scant resemblance to the standard procedural. Set in Baltimore, it depicts the disastrous war on drugs from all conceivable angles. So goes one of the most comprehensive and authentic sociological tapestries in the history of television.