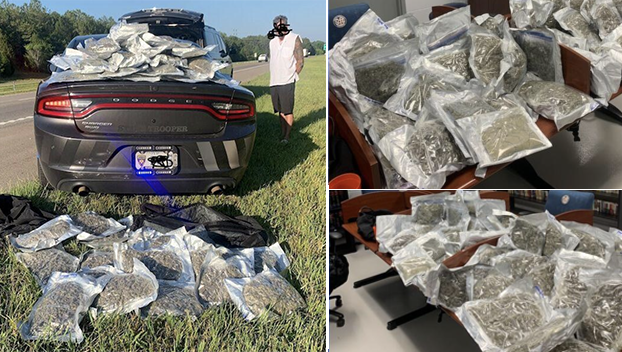 More than 50 pounds of marijuana were seized during a weekend traffic stop in Itawamba County.

Large bags of what appear to be marijuana are shown piled up with a car and a person, whose image is obscured in the photo.

WTVA in Tupelo reports that the traffic stop happened near Dorsey on Interstate 22.

Officials with MHP have not released any information surrounding the seizure and possible arrests.

Thank you to the MHP interdiction team for their tireless work to help keep our state clean of illegal drugs that are transported thru our state every single day. 50 pounds of marijuana was seized in North MS over the weekend. pic.twitter.com/cBKxeA2FGL