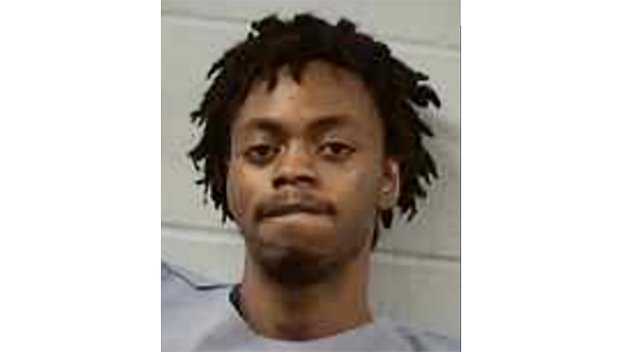 A Mississippi man is under arrest after he reportedly shot at a vehicle, causing the driver to leave roadway and crash.

Keandre Harris, 21 of Vicksburg, was arrested Saturday after he allegedly shot at an occupied vehicle in the 1400 block of Martin Luther King Jr. Boulevard.

According to a press release from the Vicksburg Police Department, Harris shot at the vehicle after the driver swerved to miss a dog lying in the road. One of the bullets shattered the windshield of the vehicle, causing the driver to leave the roadway and strike a fence.

Harris was taken into custody after being found hiding in a nearby residence shortly before 1 a.m. One of the two handguns in his possession at the time of his arrest was found to be stolen.

Harris appeared in Vicksburg Municipal Court on Monday. He was charged with shooting into an occupied vehicle, possession of a stolen firearm and possession of a firearm by a convicted felon.

He received a $100,000 bond and was bound over to the Warren County Grand Jury.