Best anime movies of all time 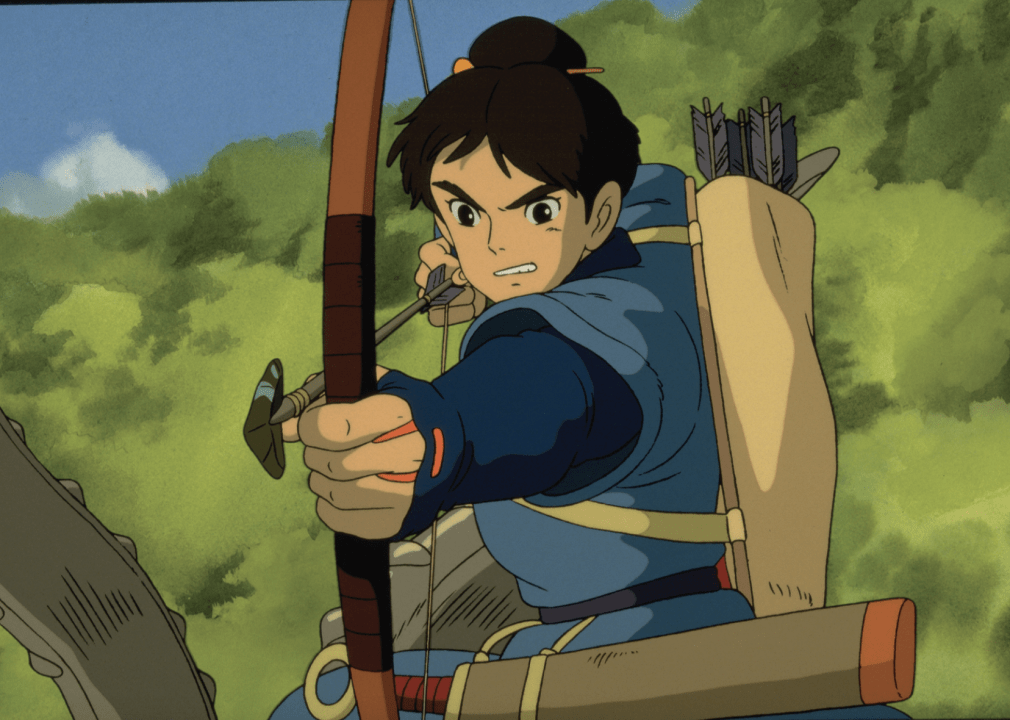 Best anime movies of all time

Anime is one of the most dominant entertainment forms in the world, with legions of fans hosting conventions, online chat groups, and other avenues to celebrate their dedication to the craft. The characters embed themselves into viewers’ hearts and establish their status in the upper echelon of pop culture. And while there are endless TV options with enough episodes to span several lifetimes, the medium also boasts a healthy offering of films too, with several movies continuing or expanding the stories of established manga properties like “Demon Slayer,” “Dragon Ball,” or “Cowboy Bebop.”

But there are often fresh, self-contained stories for fans to jump into. Love, vengeance, discovery, heartbreak, and fantasy abound in their narratives, sweeping viewers from the far past into a distant—and at times bleak—future. The films have a grand impact on society, from their stylistic choices to an infamous slide used in entertainment around the world.

To celebrate the expansiveness of this genre, Stacker looked at all animated movies on IMDb with at least 12,500 votes and narrowed the list down to the top 25 anime movies, with ties broken by votes. Here are the sublime movies that made the cut to become forever fan favorites that stand the test of time.

You may also like: 100 greatest movie songs from 100 years of film 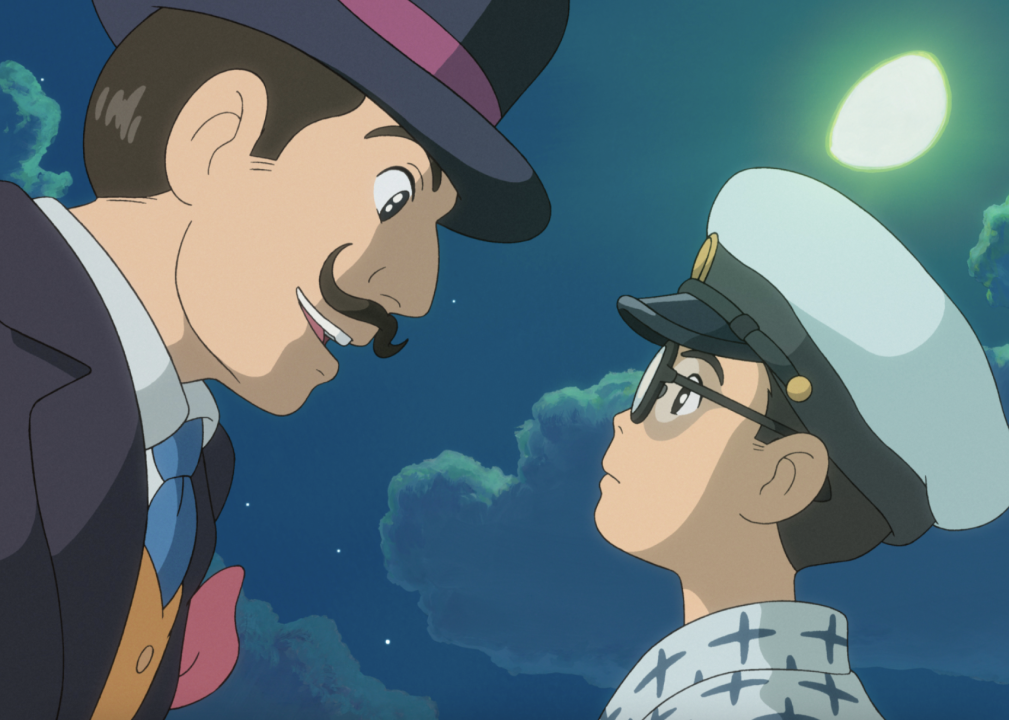 Real-life Japanese aviation engineer Jiro Horikoshi (Hideaki Anno) gets a fictional biography in this anime film. It details his lifelong adoration for flying and prolific career, including creating the Mitsubishi A6M Zero fighter plane. The film is written and directed by Hayao Miyazaki, the legendary animator and co-founder of Studio Ghibli. 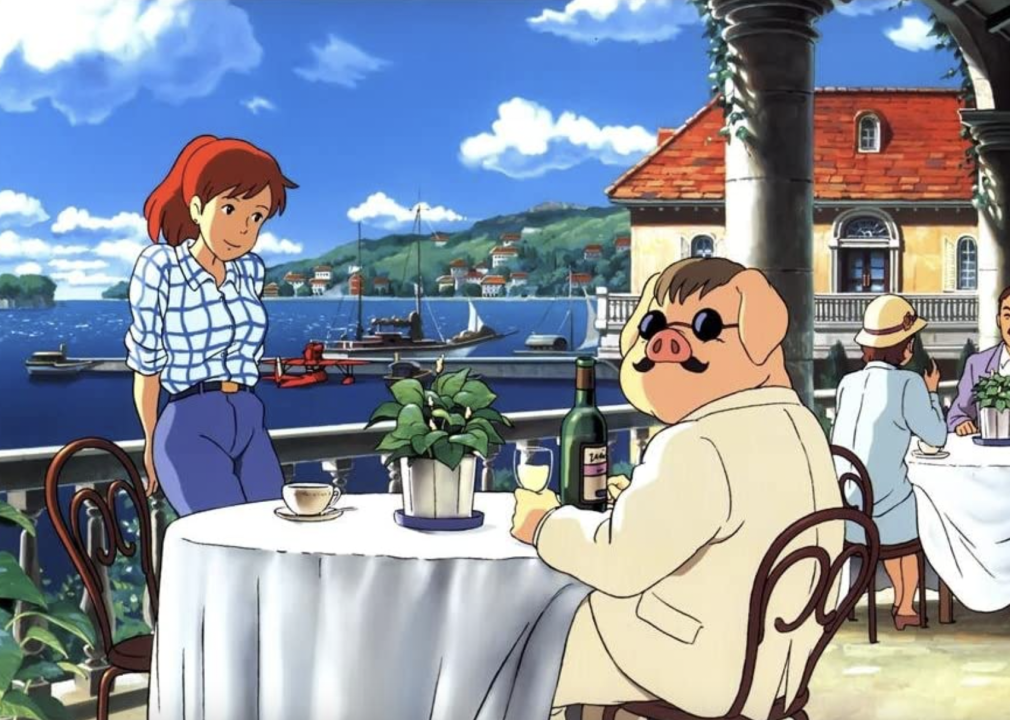 This film follows the titular character (Shūichirō Moriyama), a brave pilot who flew during World War I who is willing to oppose sky pirates in 1930s Italy. Oddly, he was turned into a pig during the war. Porco links up with Fio (Akemi Okamura), a mechanic, and his friend, Gina (Tokiko Kato), to battle against the opposing crew’s ace. 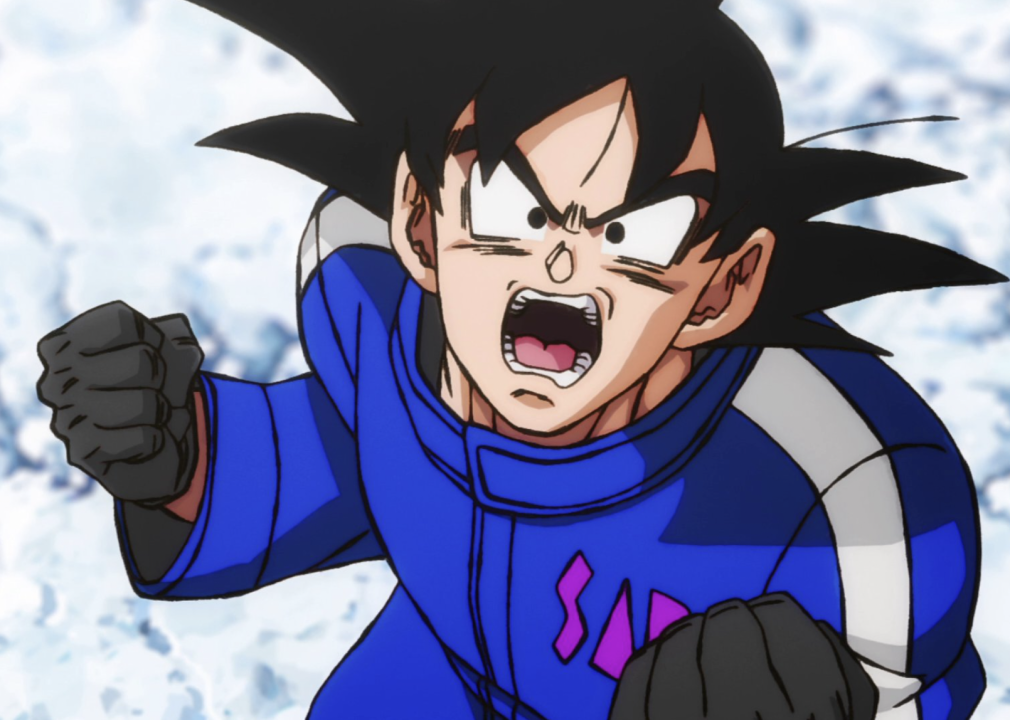 Taking place after “Universe Survival,” this film follows Goku and Vegeta as they tackle Broly, a powerful Saiyan. It details the history of Saiyans while presenting a new iteration of Broly, nabbing critical and commercial success. Its sequel, “Dragon Ball Super: Super Hero,” was released in Japan in June 2022, months ahead of its worldwide premiere in August 2022. 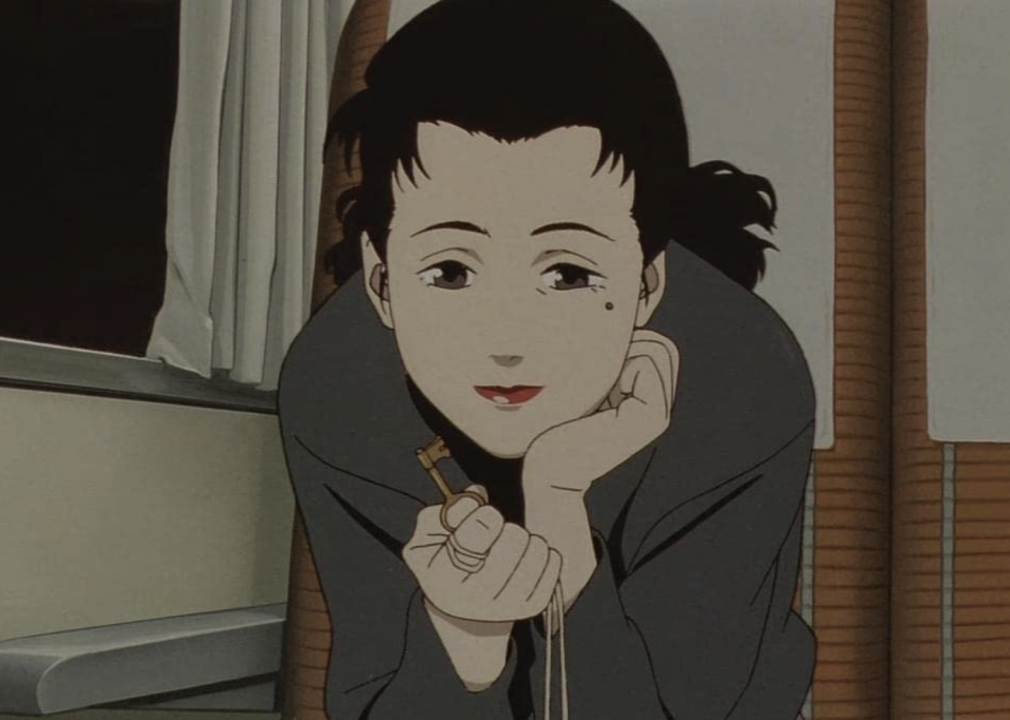 Genya Tachibana is a filmmaker working on a documentary about Chiyoko Fujiwara, a famous Japanese actress who is older and shuns attention. They form a friendship and Chiyoko begins to open up about her life from a hopeful teen to a star. The film explores the many characters that Chiyoko played. “Millennium Actress” is loosely based on two actresses, Setsuko Hara and Hideko Takamine. 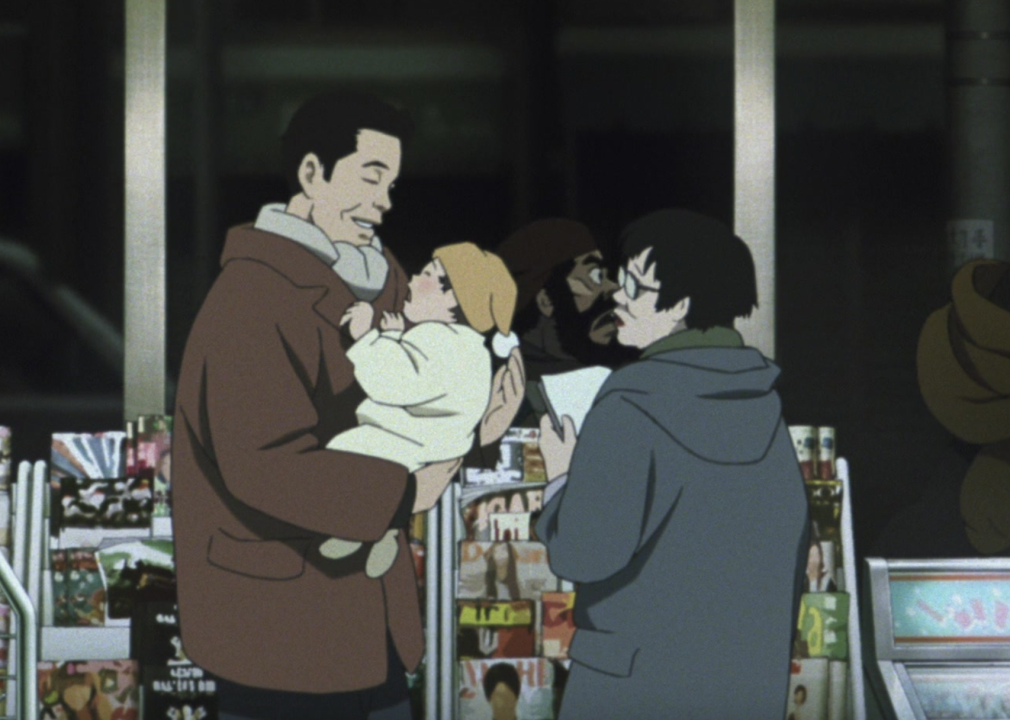 Adult alcoholic Gin (Darren Pleavin), teen runaway Miyuki (Candice Moore), and former drag queen Hana (Myrta Dangelo) make quite the trio in this film. They are all homeless in Tokyo in a found-family situation when they discover a newborn baby while scouring through a dumpster on Christmas Eve. The group tries to piece together the limited information they have to return the child to its parents. Unlike most of writer-director Satoshi Kon’s work, “Tokyo Godfathers” is specifically rooted in realism only. 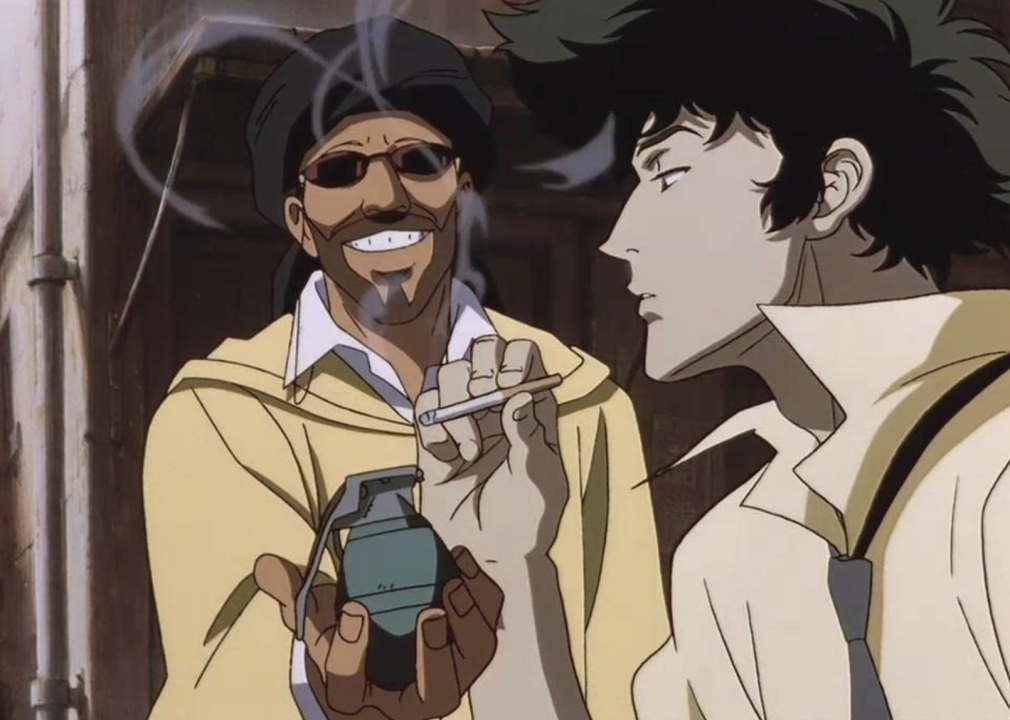 This “Cowboy Bebop” film gives the space saga’s beloved trio—Spike, Faye, and Jet—a full-length adventure. It’s specifically set between episodes 22 and 23 of the single-season anime. They try to stop a terrorist from killing all humans on Mars while also being their chaotic selves. The film keeps in line with the animation style and overall tone of the series while also making itself accessible to those not familiar with the universe. 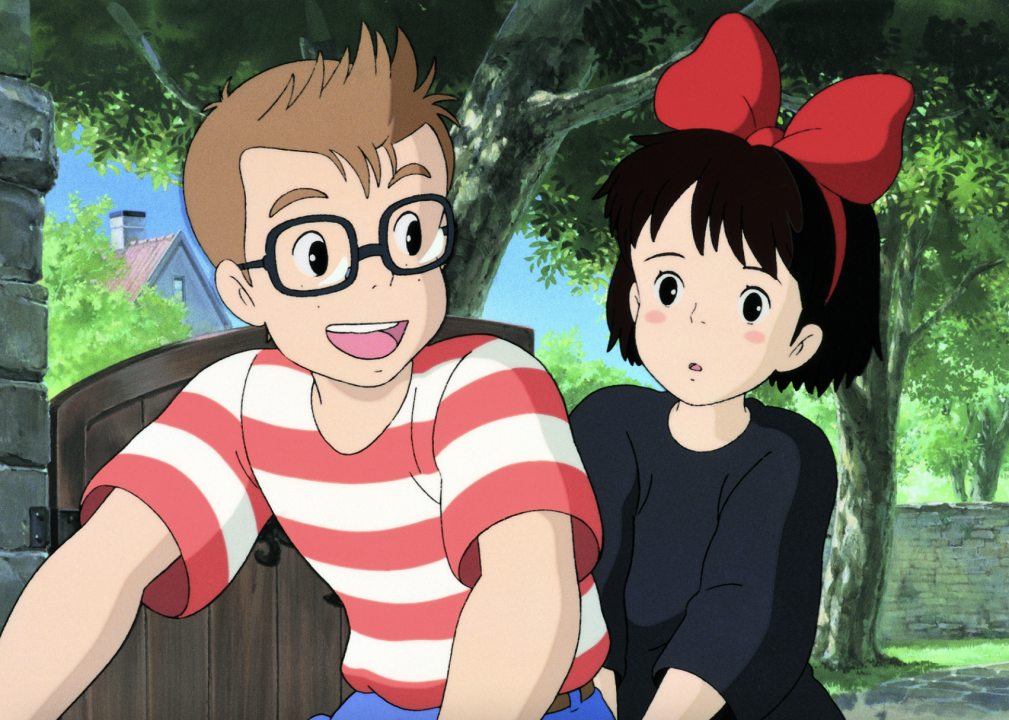 The titular Kiki is a young witch who strikes out on her own to sharpen her skills and seek a new community. She crosses paths with Osono, a kind bakery owner, and begins to do an air delivery service for the store using her broomstick. The film gears itself toward kids with messages of finding one’s true self and finding the magic in being open to others. The film is written, directed, and produced by Hayao Miyazaki. 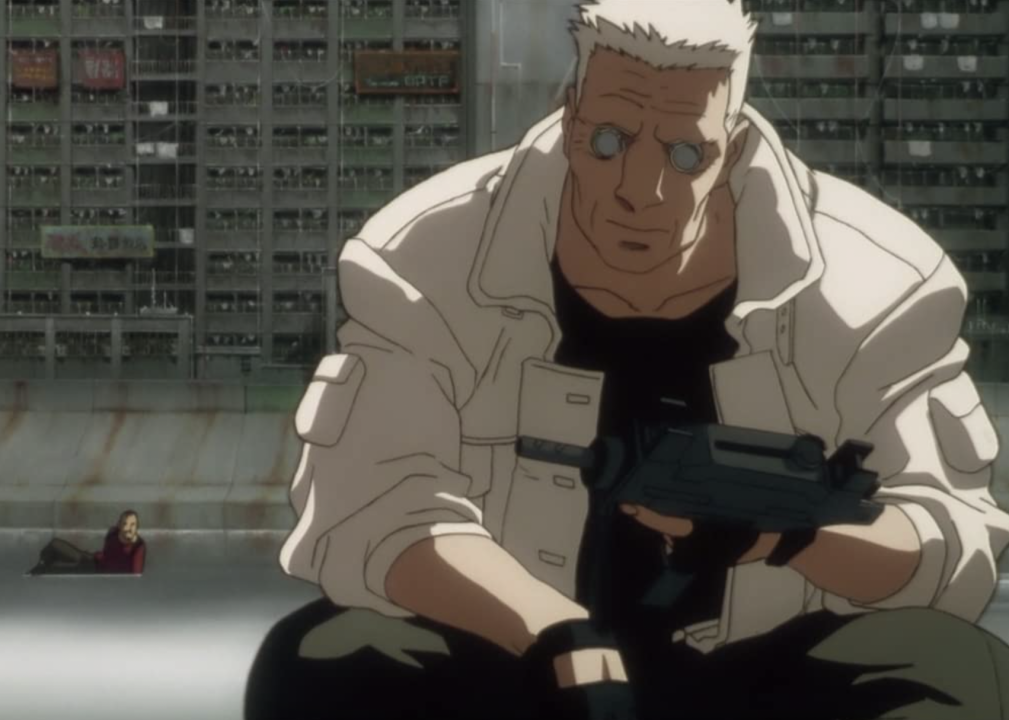 This film gives the original one a digital facelift with new CGI elements while still retaining the heart of the story. It follows Major Motoko Kusanagi, a cyborg cop who battles against the Puppet Master, a hacker causing issues in a fictional city where cyberspace and reality are meshing together. 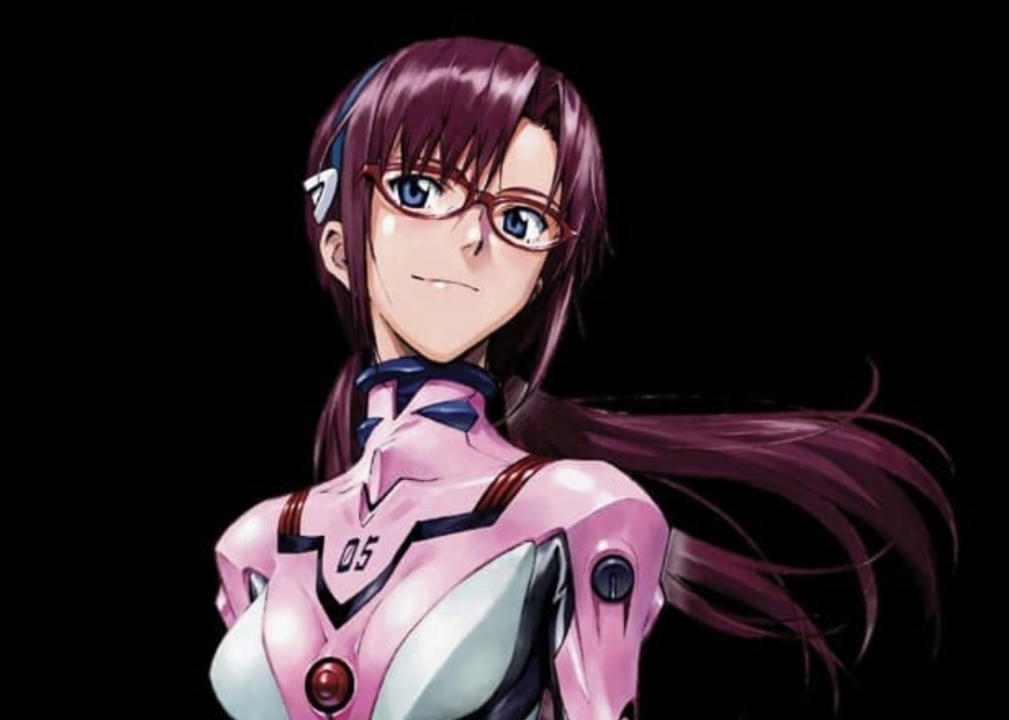 Viewers pick back up with protagonist Shinji Ikari, an Evangelion pilot who is a part of NERV’s continual fight against the antagonistic Angels. The film famously introduces Mari Illustrious Makinami, a character who caused division among fans who either thought she was irrelevant or a necessary addition in juxtaposition of the existing characters. 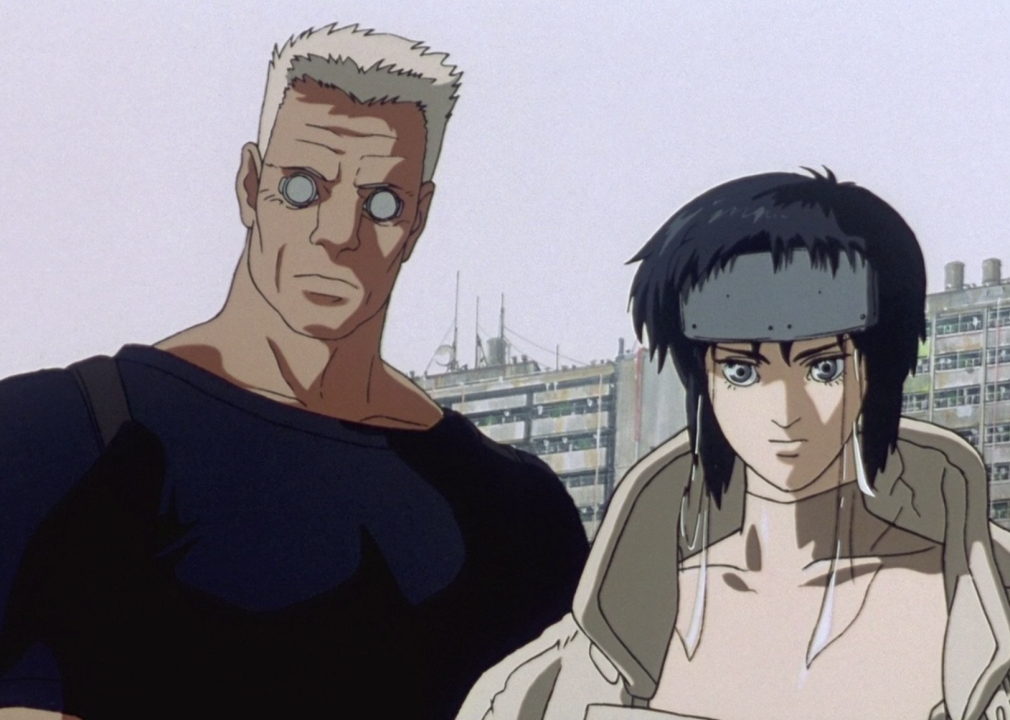 Major Motoko Kusanagi is a cyborg cop who goes head-to-head with a hacker known as the Puppet Master in technologically advanced Japan in 2029. This cyberpunk movie shifted the film industry in a major way, influencing James Cameron’s approach to “Avatar.” Most importantly, “Ghost in the Shell” heavily inspired the Wachowski sisters when creating the “Matrix” franchise. 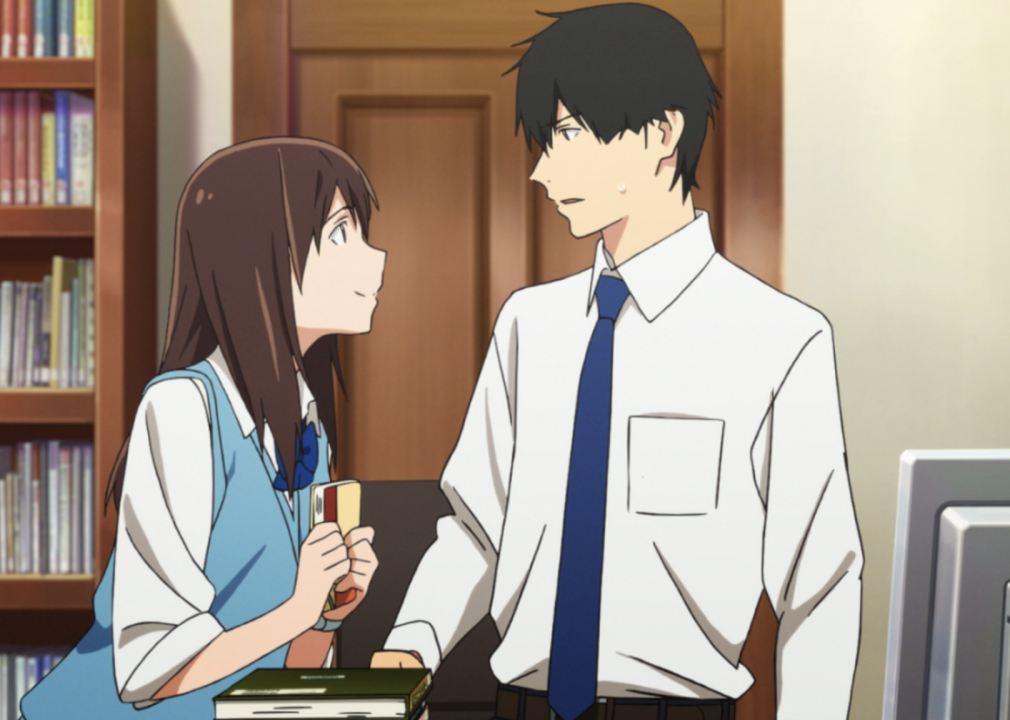 An unnamed boy discovers a book while in a waiting room; the diary belongs to his popular female classmate, whom he learns is suffering from a fatal illness in her pancreas. They become friends and later tragedy befalls them, leading to new open doors and revelations. Mahiro Takasugi, who voices the lead male character, is also known for his work as Kamen Rider from the series “Kamen Rider Gaim.” 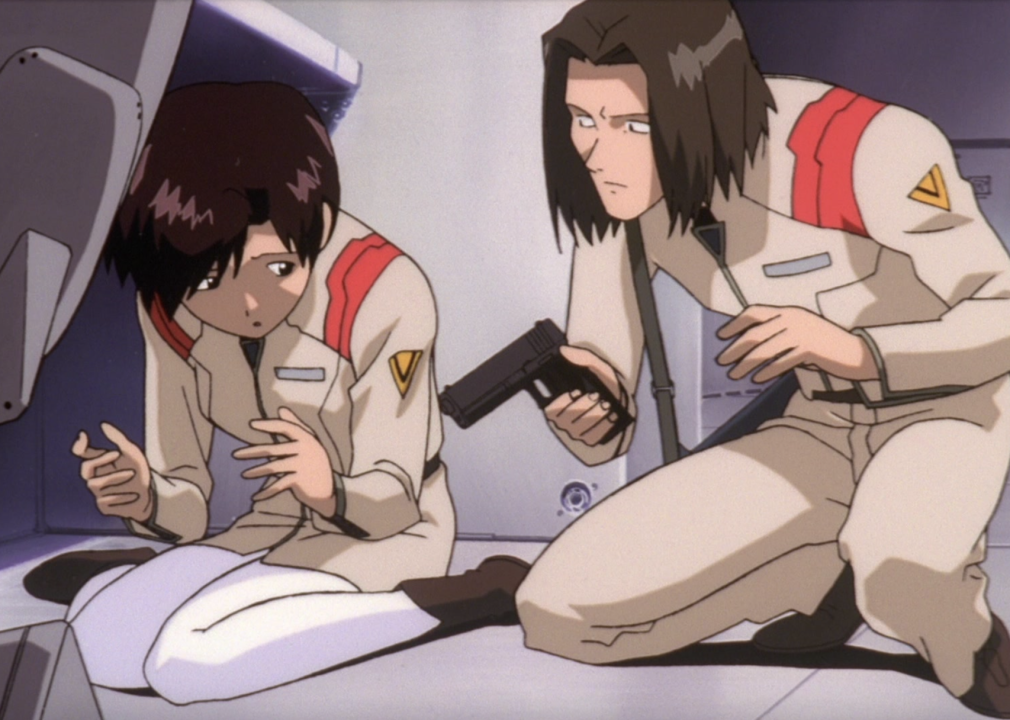 The NERV collective goes against the Eighteenth Angel with protagonist Shinji leading the way. He deals with death, defeat, and the loss of those closest to him, getting to the brink of desperation before culminating the events with a bizarre ending. The final moment continues to spark debate among fans who have vastly different interpretations of its meaning. Mima, a J-pop group singer, leaves her music career to pursue acting. She aims to shed her innocent image but becomes a victim of a stalker as an uptick in murders arises. Mima begins to experience some form of a mental breakdown as her life spirals into dark places. “Perfect Blue” was directed by Satoshi Kon, who also wrote and directed “Millennium Actress.” The films share Kon’s penchant for blurring fantasy and reality. 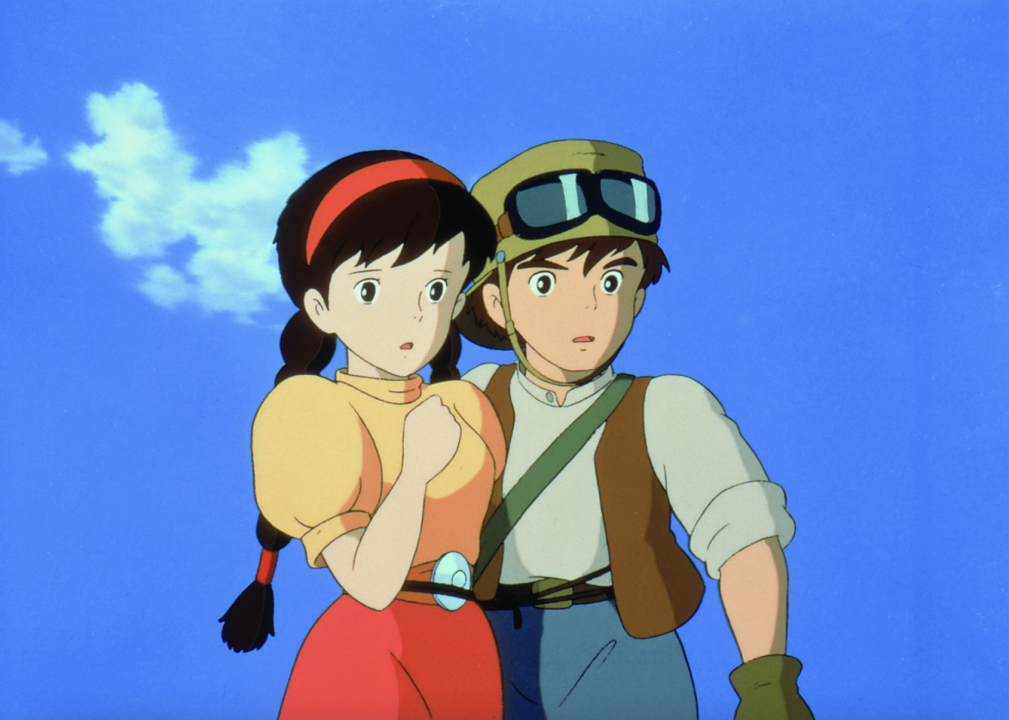 This Studio Ghibli film follows Sheeta and Pazu, orphans who meet after Sheeta is attacked for her blue crystal pendant. The pair attempt to keep this jewel from secret agents and pirates while looking for a legendary castle in the floating city of Laputa. “Castle in the Sky” is a major influence on future steampunk films. 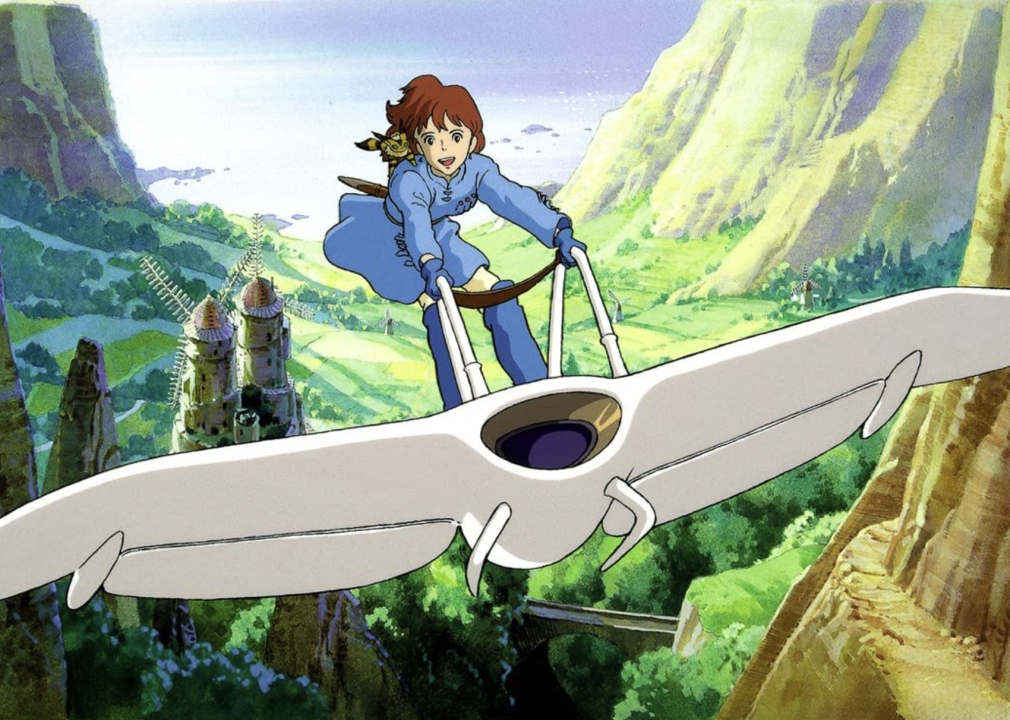 A future apocalypse leaves only a few humans alive on a toxic, jungle-like Earth. This includes Nausicaä, who can communicate with the jungle’s huge insects. She hopes for a way for them to peacefully coexist with humans and possibly rebuild a more inhabitable environment. The film is written and directed by Hayao Miyazaki and is based on his 1982 manga of the same name. 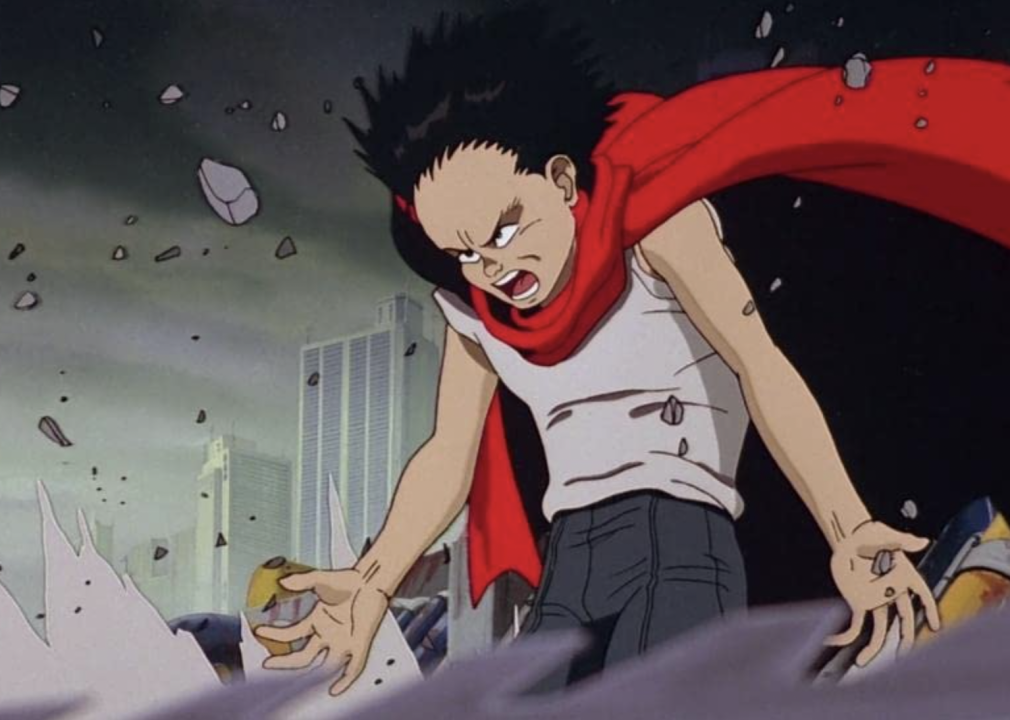 Akira takes place in 2019, 31 years after an atomic bomb (courtesy of the Japanese government) hits Tokyo following ESP experiments gone wrong. Kaneda, a bike gang frontman, battles activists, scientists, and a government leader, among others, in a mission to save his buddy Tetsuo from some nebulous government project. The film is widely known for the Akira slide, a bike maneuver that’s been incorporated into countless films and TV shows. 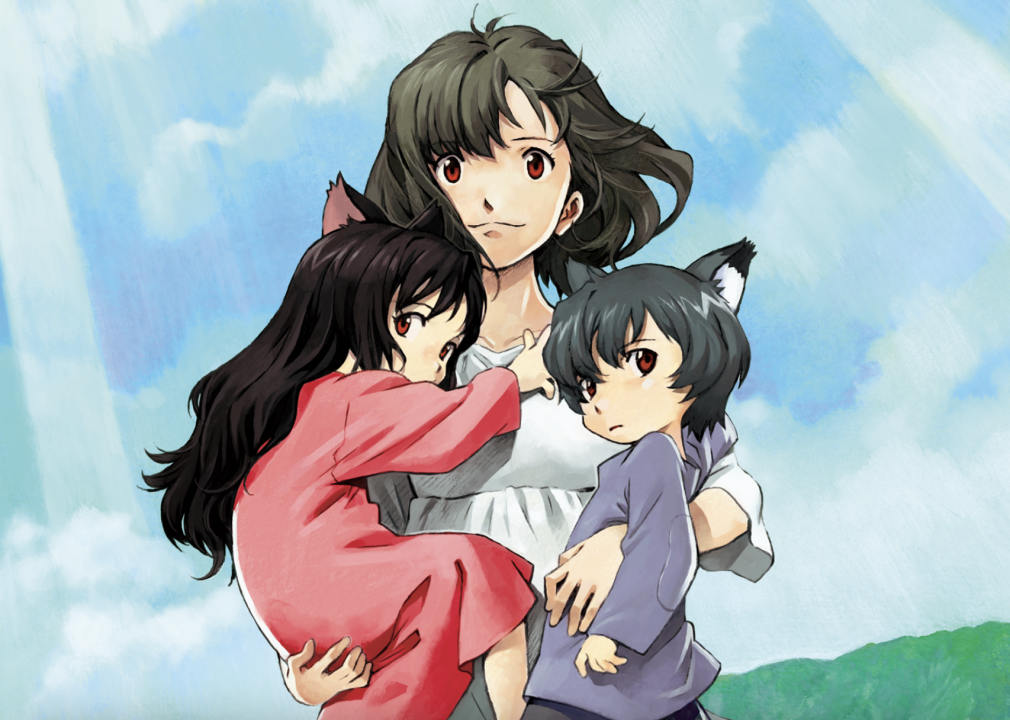 “Wolf Children” follows Hana, a college student who falls in love with a man who can transform into a wolf. They have two kids, Yuki and Ame, but the father dies. She raises them while dealing with their ability to turn into wolves, sibling drama, and other issues. The anime film’s character designer, Yoshiyuki Sadamoto, is also responsible for “Neon Genesis Evangelion.” 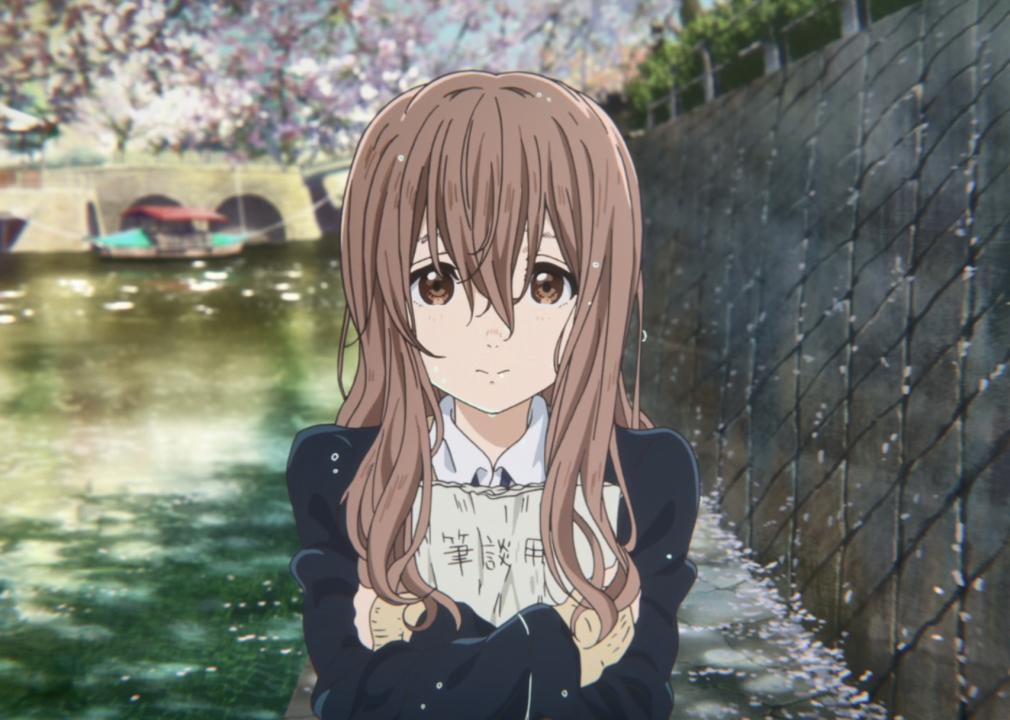 A student named Shoko endures endless bullying by her classmates because she is deaf. She transfers schools, leaving her notebook behind for one of her tormentors to find. That person is Shoya, who, years later, becomes a loner with strange visions. He seeks Shoko to make amends and seek redemption for his actions. The film frequently uses flowers to reflect the characters’ personalities and emotional states. 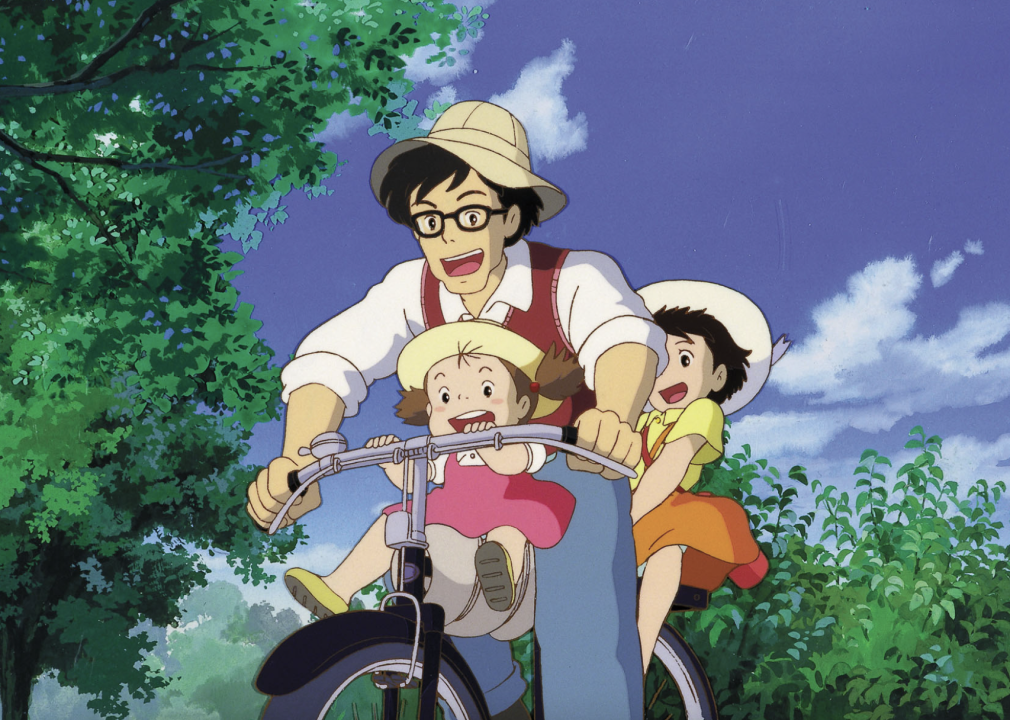 This Hayao Miyazaki film is about Satsuki and her sister Mei, who move into the country with their father. They explore the new forest and encounter Totoro, a huge and snuggly creature, as well as benevolent spirits in and near their home. Totoro is a widely recognized figure in animation and the mascot for Studio Ghibli. 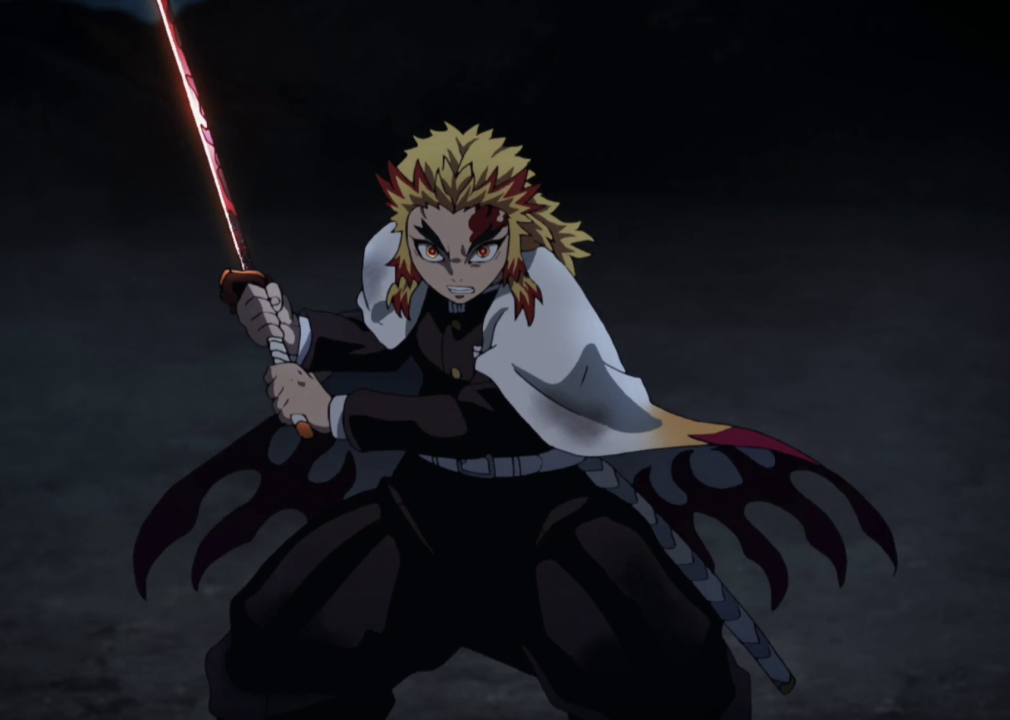 Tanjiro, his sister Nezuko, and two others board a train to hunt for a demon responsible for 40 missing people. A host of events take place on board, revealing unknown truths and dangerous situations. The film serves as a direct sequel to the first season of the “Demon Slayer” anime TV series. It became the highest-grossing Japanese film of all time worldwide. 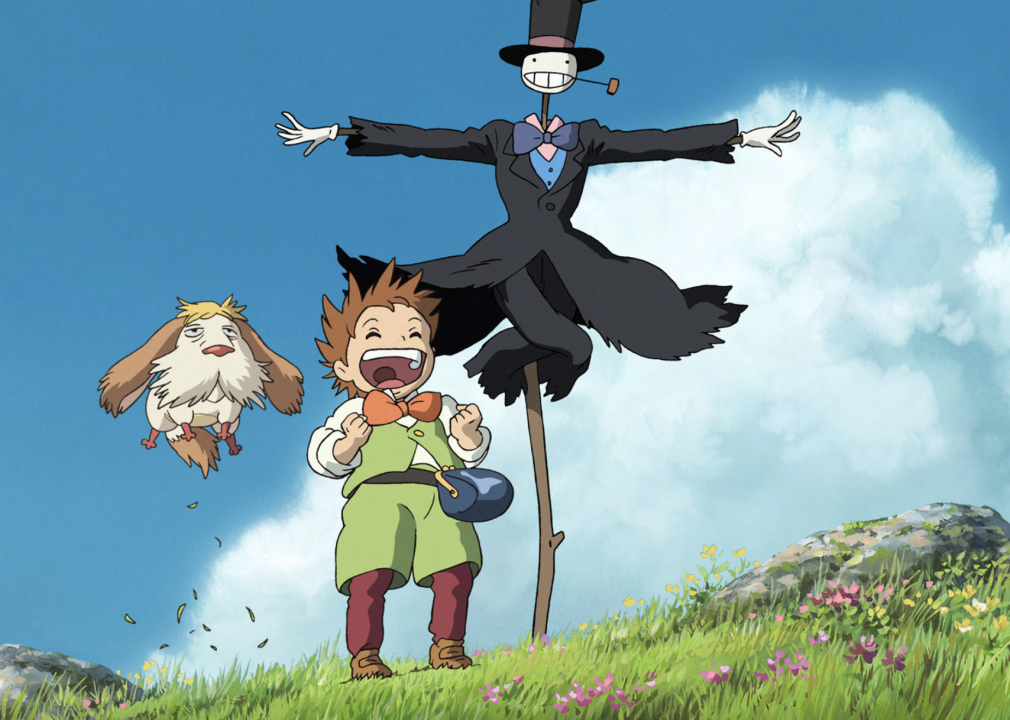 This film’s English dub version features a variety of known names, including Emily Mortimer, Christian Bale, and Lauren Bacall. Sophie (Mortimer) meets Howl (Bale), a wizard living in a flying castle. They form a bond that captures the attention of the Witch of Waste (Bacall), who casts an aging spell on Sophie. Howl fights the witch in hopes of returning Sophie to normal. 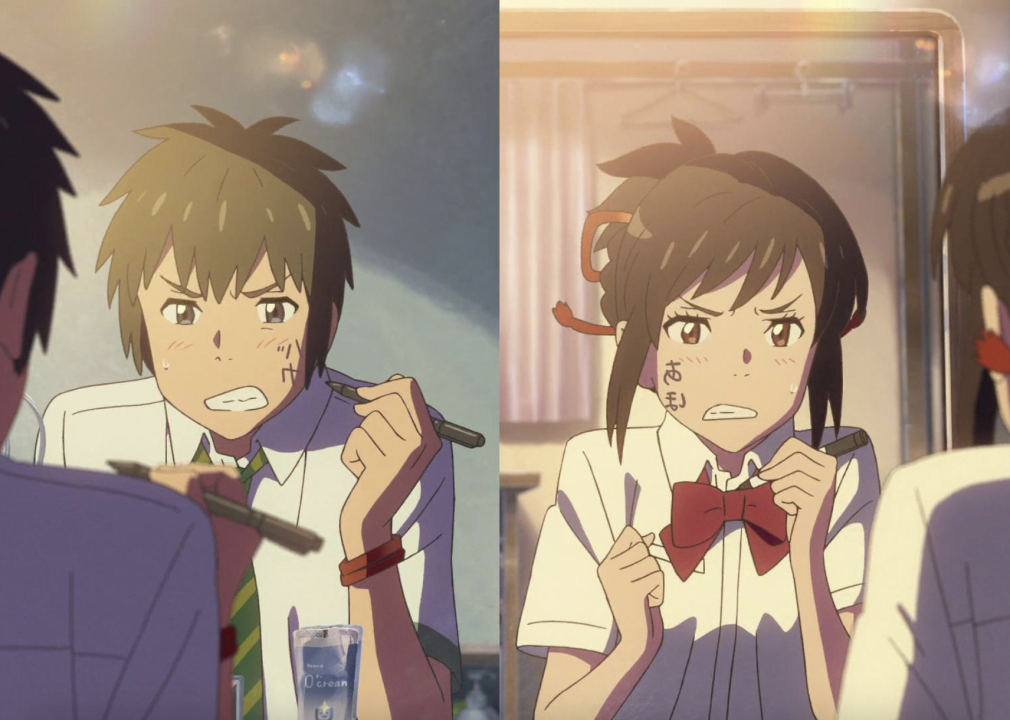 This romance fantasy focuses on Mitsuha and Taki, two teenagers in different parts of Japan. Mitsuha wishes she were a boy and it comes true through her swapping bodies with Taki, although not intentionally. They discover how to communicate with each other and eventually fall in love amid their whirlwind experiences. “Your Name.” became a massive box office success, surpassing “Spirited Away” as the highest-grossing anime film of all time before “Demon Slayer: Mugen Train” dethroned the film in 2020. 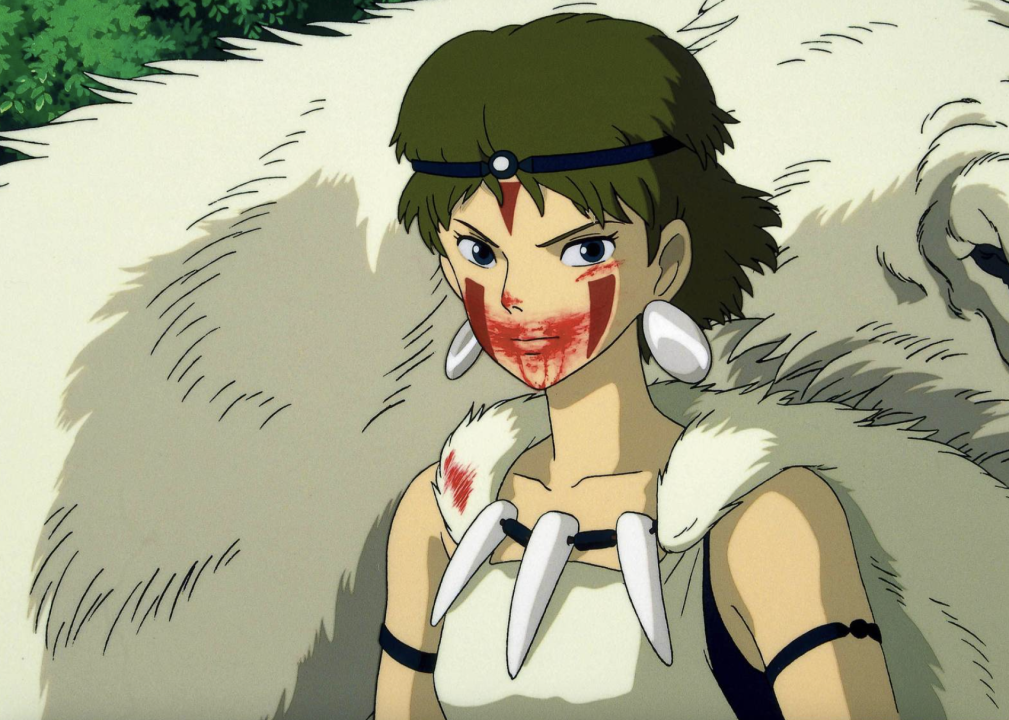 The world is in flux in the 14th century as humanity, the animal kingdom, and the gods are no longer in harmony. Ashitaka suffers an animal attack and seeks the Great Forest Spirit, a god resembling a deer, to cure him. He travels to an iron mining town that has polluted the earth, which draws the ire of the wolf god Moro, along with her human daughter Princess Mononoke. Ashitaka teams up with Moro and the princess to restore peace between the humans and gods while ridding him of his curse. Like many other films on this list, this one also comes from the mind of Hayao Miyazaki, though it is Studio Ghibli’s only non-kid-friendly film. 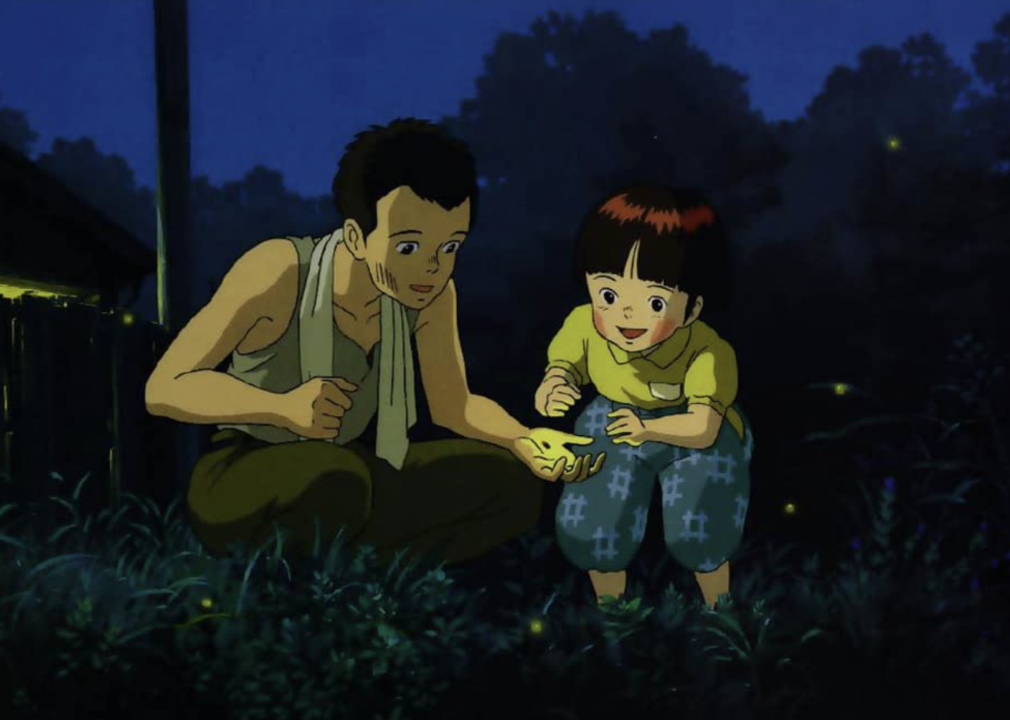 “Grave of the Fireflies” examines one of many smaller stories of what an everyday person experiences following war. Seita (Tsutomu Tatsumi) cares for her little sister Setsuko (Ayano Shiraishi) and tries to survive after the Americans firebomb Japan during World War II. The two lose their parents in the attack, and their struggle to stay alive and safe is a harrowing and heartbreaking tale. 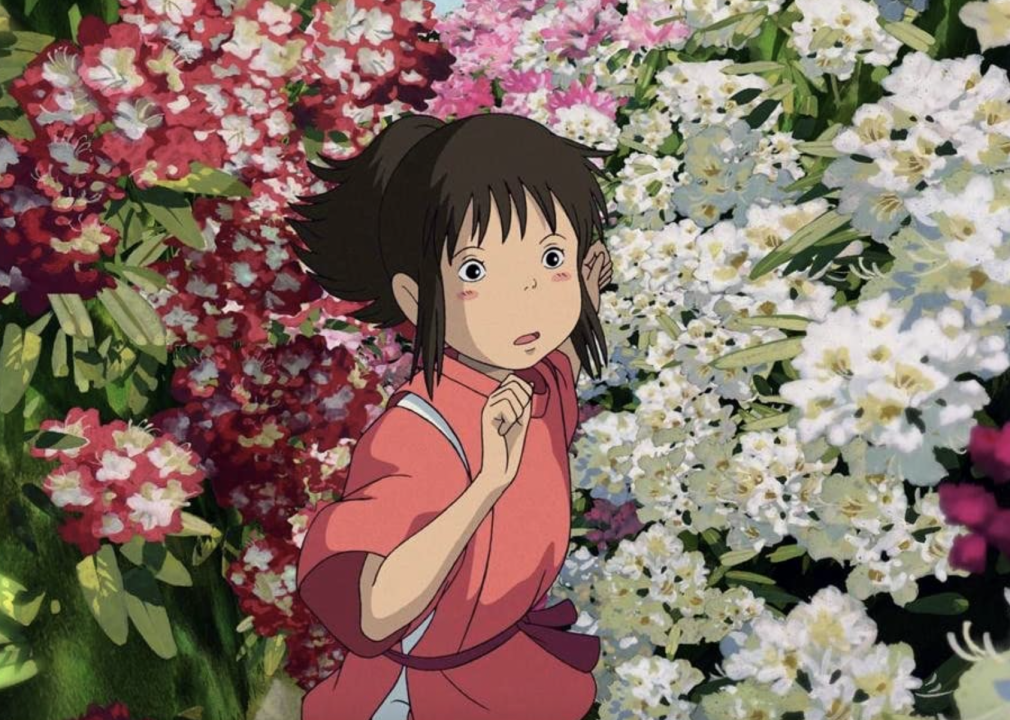 Chihiro and her parents find an abandoned amusement park in this Hayao Miyazaki film. The parents are transformed into giant pigs while dining at an extravagant buffet. While looking for help, Chihiro meets Haku, who tells her the truth about the park. It is a relaxing place for supernatural beings whom she must work for in a bathhouse to free herself and her parents.