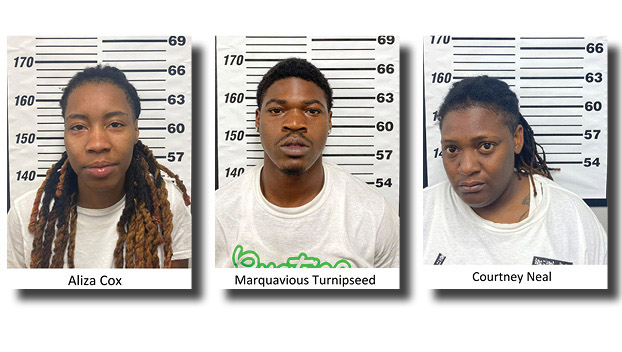 Three people have been arrested after they reportedly used social media to arrange a meeting that turned into an armed robbery.

Police have charged Marquavius Turnipseed and Aliza Cox with armed robbery and charged Courtney Neal with accessory after the fact and falsifying information.

If you have any further information, please contact the Starkville Police Department at 662-323-4131, Golden Triangle Crime Stoppers at 800-530-7151, or through the anonymous tip system on our website. Crime Stoppers may offer a cash reward.