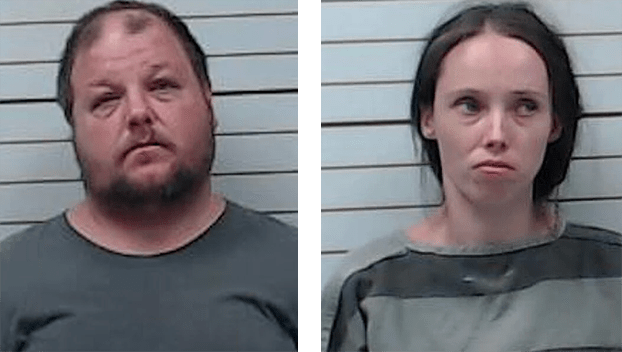 The parents of a 5-year-old boy who went missing Thursday have been arrested.

Johnson said Robert Holcomb, 39, and Amber Lindsey, 33, have been taken into custody and will face child neglect and meth possession charges.

Deputies searched for 12 hours after Robertt Holcomb Jr., 5, was reported missing shortly before noon on Thursday, July 14. The boy reportedly wandered away with his two dogs.

Johnson said that the dogs and a tip from someone who spotted the child near Highway 45 in north Verona are the primary reasons deputies were able to find and rescue the child.

Johnson said the boy, who was found in a ditch would not have been spotted by passing motorists If it had not been for the dogs.

At 11:30 is when the parents finally got out of bed and realized Robert was gone.

“So you had both parents and this other responsible adult that felt it was more important to go to sleep and rest and not take care of this child,” Johnson said.

Johnson was emotional about the situation.

“This case is personal,” the sheriff said, “When the responsibility lies on your shoulders that a 5-year-old child is missing and you know that child is helpless — that is an enormous weight to carry, and I can’t express my appreciation and thanks to everybody involved that helped get this child safely home.”