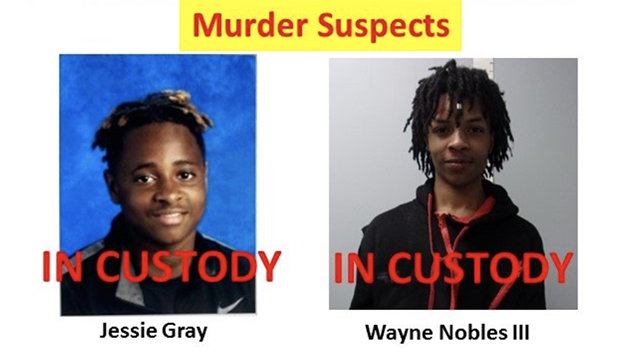 Two people have been taken into custody in connection with the fatal shooting of a 17-year-old.

McComb Police have taken into custody Jesse Gray and Wayne Nobles III, who are suspects in the shooting death of Dominic McCoy, 17.

Police responded to a shooting shortly after midnight on Friday at the intersection of White and Burke Streets.

When they arrived at the scene, officers found McCoy with a single gunshot wound to the chest. McCoy later died from his injury.

After the shooting, Gray and Nobles were identified as suspects in the case.