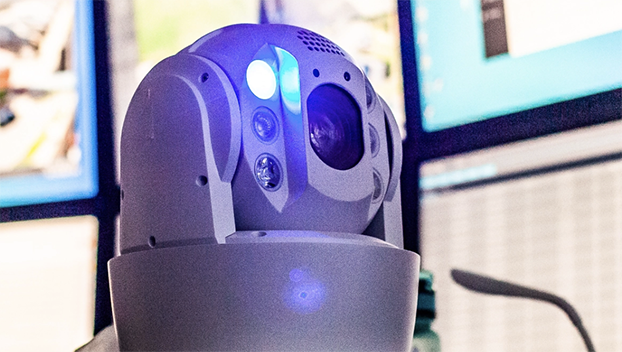 The Vicksburg Board of Mayor and Aldermen approved a resolution to acquire and install a high-tech video camera system designed and operated by the non-profit group Project New Orleans.

According to the resolution, cameras will be installed at locations across the city under a program called “Operation Safe Vicksburg.”

The resolution was approved at the board’s meeting Monday. It authorizes the city’s Information Technology Department to hire a contractor to install the cameras and the police department to assist in their location. City officials will also work with Vicksburg School District officials to install cameras at schools. The cost of installation has not been determined.

A portion of $2.66 million of American Recovery Plan Act funds recently received by the city will cover the costs of the cameras.

“We’re going to obligate the first part (of the ARPA funds) for what it costs for the cameras,” Mayor George Flaggs Jr. said. “The cameras are donated and all we’ve got to pay for is the installation and the use of the cameras.”

He said the remaining ARPA funds will be kept in a special account for other projects. The account was established by the board Monday.

According to the resolution, three different types of cameras will be installed in the city:

• Cameras with shot spotter ability will be installed at 26 locations. According to ShotSpotter.com, a ShotSpotter camera is a gunshot detection technology that uses sophisticated acoustic sensors to detect, locate and alert law enforcement agencies and security personnel about illegal gunfire incidents in real-time.

Digital alerts include a precise location on a map with corresponding information such as the address, number of rounds fired and the type of gunfire.

• License plate reader cameras that can get numbers and letters from a license plate will be installed at Washington Street near Ameristar Casino, the North and South parking garages, Fisher Ferry Road at Sports Parks on the Mississippi, Clay and Hope Street, all Interstate 20 intersections and the intersection of South Street and Washington Street.

• PTZ cameras will be installed at 24 locations. According to manufacturer PTZ Optics, A PTZ camera is a pan, tilt, and zoom robotic video camera controlled by a remote operator to pan horizontally, tilt vertically and diagonally, and zoom in on a subject to enhance the image quality without digital pixelation.

“These cameras are absolutely essential for the prevention of crime,” Flaggs said of the mix of cameras.

“This is something that we need to keep the city safe,” Police Chief Penny Jones said. “We need them in our community.”

The board July 10 approved an agreement with Project New Orleans, a non-profit organization that designed and operates a video camera system to aid law enforcement by developing and implementing cost-subsidized high-definition cameras, gunshot detectors and license plate recognition cameras in needed areas.