‘See you later’ Mississippi county supervisor walks out of board meeting, refuses to share cost of community’s jail 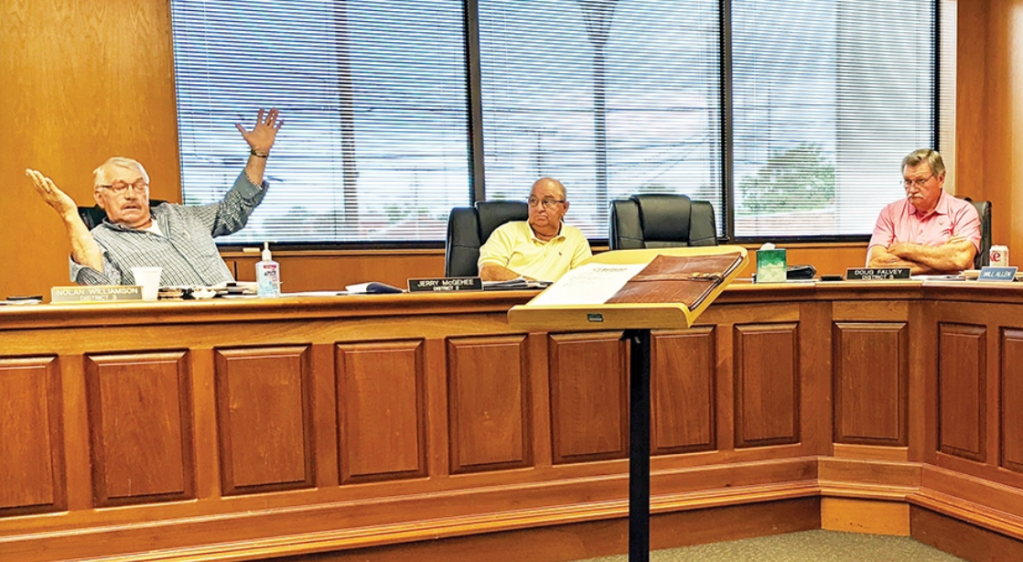 Lincoln County District 1 Supervisor Jerry Wilson gathered his things and walked out of Monday’s regularly scheduled board meeting after the topic of repairing the Lincoln County/Brookhaven Government Complex and jail began, saying over and over again, “I’m not for that. I’m not gonna do it.”

The issue came up during the meeting when County Engineer Ryan Holmes told Wilson and District 2’s Jerry McGehee they are the last two supervisors he needs to speak to one-on-one about the list of roads they want repaired under the funding of the American Rescue Plan Act of 2021. Lincoln County will have $6.6 million in ARPA funding, most of which supervisors plan to use for road work, but leaving $750,000 for jail repair. If there is money left over from those repairs, those funds would go back to the county.

Wilson has been vocal about not wanting any of his district’s allocation of funding to go to jail repair. And it was Holmes’s opening statement that seemed to trigger Wilson into wanting to leave.

“The other day, y’all kind of agreed in principle during our work session, to use all of but $750,000 [of the ARPA funds] for road repair,” Holmes started off.

Holmes then said he has the paperwork — a resolution, a list of roads, etc. — ready for them, but supervisors had to decide what they wanted to do about the $750,000. “It’s up to y’all — whatever you want me to do, I’ll do,” Holmes said.

He also stated he was especially concerned about bids – getting approval to call for them, and then, what the bids might look like considering how inflation has eaten away at the power of the dollar.

But Wilson didn’t seem to want to talk about any of it. “I’m not willing to do anything or give anything,” Wilson said. “I’m not going to do it.

Wilson is correct, but the reason is what the other supervisors said they consider appropriate: The money allocation, as has always been customary by Lincoln County supervisors, is based on mileage — the more miles of roads a district has, the more money is allocated to it. Wilson’s district has the fewest amount of road miles, hence he always gets a lessor amount of money because he has fewer miles to fix.

“It’s the only way to make it fair,” District 4’s Eddie Brown said after the meeting. “The districts with more miles have more to fix. That’s how it’s always been done.”

In the previous work session, as well as in the meeting Monday, Wilson said he doesn’t want to give any portion of his district’s allocation to updating the jail. And when attorney Allen asked Wilson to stay to finish the county’s other business, Wilson responded with, “I got small money; my money’s small, so I’m fixin’ to go. I’m not for that [jail renovations]. I’m not gonna do it, so what we gonna do?”

Allen asked if Wilson then wanted to table the issue until another meeting, so Wilson made that motion, but there was no second and the motion died.

Wilson then said, “See you later,” and left.

The motion to set aside $750,000 for jail repair was then voted on by the remaining supervisors. The vote was 4-0 for approval of the motion.