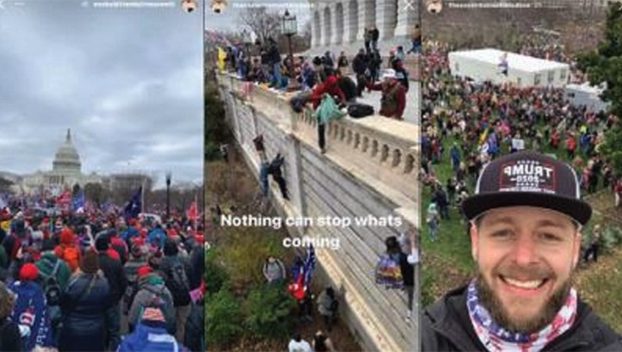 A jury has convicted a Mississippi man and Tennessee business owner on five charges connected to the raid on the U.S. Capitol last January.

Matthew Bledsoe, 38, of Olive Branch, Mississippi, was found guilty Thursday of one felony — obstruction of an official proceeding — and four misdemeanors related to the Capitol breach, the Justice Department said in a statement.

Federal prosecutors said Bledsoe was one of the scores of people who forced their way into the Capitol as Congress gathered to certify President Joe Biden’s victory.

Bledsoe is listed in records as a principal of a Memphis, Tennessee moving company and authorities said he lived in nearby Cordova when he was arrested.

His sentencing was set for Oct. 21. Bledsoe faces up to 20 years in prison on the felony count and up to three years on the four misdemeanor counts.

Officials have charged more than 850 people with crimes since the Capitol was breached on Jan. 6, 2021.