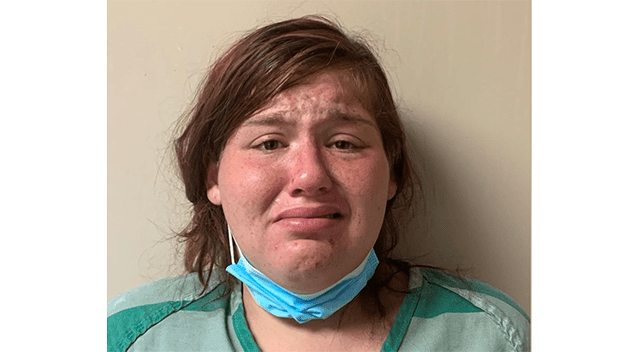 A Mississippi woman accused of stabbing another person has been taken into custody after officers responded five days later to a trespassing call at a Tupelo hotel.

On July 13, officers responded to a stabbing that reportedly occurred at the old Tupelo Milk Plant. The victim was transported to a local hospital emergency room for treatment.

Witness indicated that the suspect was a white female who had fled the scene prior to officer’s arrival. After interviewing the victim and witnesses an aggravated assault warrant was issued for suspect Lexi Aubriana Hutchenson20, of Tupelo.
Five days later,  Tupelo Officers were called to a hotel at 879 Mississippi Drive for a trespasser in the pool area. Officers identified and arrested Hutchenson on the aggravated assault warrant.
Tupelo Municipal Court Judge Weir has set her bond at $100,000.
This case will be presented to the Lee County Grand Jury.