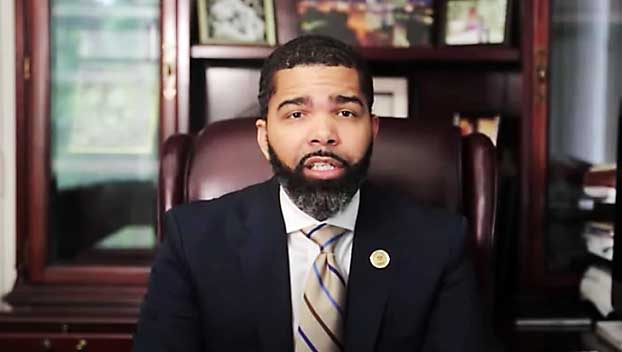 On the same day that a postal worker was killed in a crash that occurred as police were involved in a police chase, the mayor of Mississippi’s largest city expressed his concern about public safety in regards to multi-jurisdictional pursuits.

Jackson Mayor Chokwe A. Lumumba released a statement Thursday after a 20-year-old Flowood man being pursued by Pearl police officers crashed into a postal truck in Jackson. The crash killed the postal worker.

“First off, I want to send my condolences to the family, friends and co-workers of the U.S. Postal Service carrier who lost her life today in Jackson,” Lumumba said. “The postal truck was struck by the driver of a vehicle who was involved in a police chase with Pearl police. As a result, the carrier died from injuries sustained in the crash. According to a media release from the City of Pearl, the pursuit began after the suspect failed to pull over for a traffic stop.”

Lumumba said that such pursuits are dangerous.

“I want to reiterate that police pursuits that enter our City from multiple jurisdictions do not make us safer,” Lumumba said. “There are often tragic outcomes like this one for minor traffic stops, and we have experienced it before. What often isn’t considered is the effect these pursuits have on innocent bystanders and it is something we believe needs to be changed.”

Lumumba said that he believes police pursuits are warranted in some cases.

“We aren’t anti-pursuit. We are anti-pursuit for minor violations which often spillover into tragic consequences for our community,” Lumumba said. “With the advent of new technology, such as a growing camera surveillance network and tag readers, we can apprehend suspects without endangering the public. If our effort is public safety, it has to be public safety in every regard.”

Lumumba said in the statement that he would continue to push for the Legislature to pass legislation restricting pursuit in Jackson from other jurisdictions.

“We renew our request to the state Legislature to restrict the offenses for which multi-jurisdictional pursuits can occur in the City of Jackson.” Lumumba said.