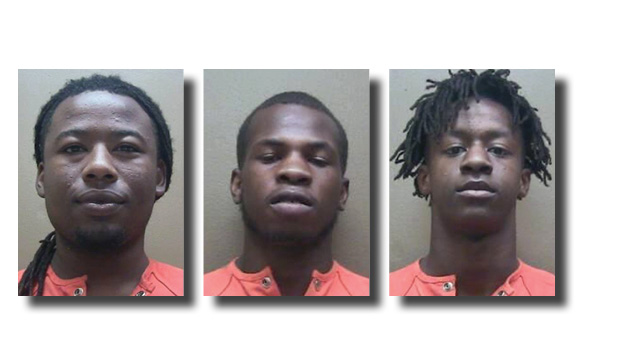 Deputies, with the help of the public, were recently able to recover several ATVs that were reported stolen in Adams and Franklin counties over the past few weeks and arrested three individuals.

ACSO has charged 18-year-old Kameron Singleton and 21-year-old Kevin Shelton Jr. each with four counts of grand larceny and one count of conspiracy to commit a crime.

Javari Blanton, age 16, had been charged with possession of stolen property and conspiracy to commit a crime. Blanton was out on bond from an aggravated assault charge prior to this arrest, authorities said.

Nearly all of the stolen ATVs were recovered and investigators are still trying to locate additional ATVs that were reported stolen, according to a news release Friday.

This investigation continues and more arrests are expected.

Anyone with additional information regarding a stolen ATV should contact the Adams County Sheriff’s Office at (601) 446-8333.