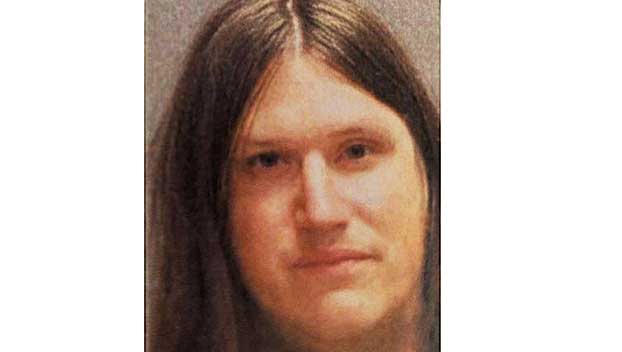 An Arkansas man has been arrested after police say he threatened mass shootings at high schools in Mississippi and Louisiana.

Adams County Sheriff’s Office deputies said Kenneth Allen Moody, 31, of Hot Springs, Arkansas, has been arrested and charged with making terroristic threats by both their office as well as the Vidalia (Louisiana) Police Department, just across the Mississippi River from Natchez, Mississippi.

Investigators said Moody called the Vidalia Police and made the threats on Sunday night.

Adams County Sheriff Travis Patten said the dispatcher who received the call should be commended for obtaining key information that led to his arrest.

“She deserves to be commended on the job that she did along with the investigators from the Vidalia Police Department and the Adams County Sheriff’s Office,” Patten said. “They were able to get the suspect identified in a short period of time which enabled both agencies to coordinate with Hot Springs Police Department to ensure his arrest. After warrants were signed and issued. Moody was apprehended shortly after that without incident. This was a great example of agencies working hand in hand in three different states and with Adams County and Concordia school districts to ensure the safety of all staff and students by communicating with each other.”

Moody made the call in Hot Springs, Arkansas, Adams County investigators said in a written release.

It was unclear if Moody had connections to the Natchez, Mississippi, Adams County or Vidalia, Louisiana areas, but online news reports indicated he’s been in trouble with law in the past.

He was arrested in December 2017 after reportedly threatening a man with a gun. That investigation also alleged that Moody had threatened to kill local police as well as health counselors where he’d sought care.

Patten said Moody is currently on probation in Arkansas.

On May 14, 2019, he was convicted of aggravated assault and making terroristic threats in Hot Springs and also has a criminal history in Florida and Louisiana.

Moody is currently being held in the Garland County (Arkansas) Jail awaiting extradition back to Louisiana and Mississippi.

“To all students, faculty staff and parents, we want to make it clear that any threats will be taken seriously and acted upon as such—as you’ve seen with this incident. As a parent with children in Natchez Adams School District, I will be making sure my children do not miss their first day of school and I ask that the community does the same with their children,” Patten said.

Superintendent Fred T. Butcher of The Natchez-Adams School District said he is grateful for the actions, cooperation, and constant communication from local, state, and federal law enforcement agencies.

“The safe return of all students and staff and providing a safe and orderly learning environment are of the utmost priority for NASD,” the school district states in a Tuesday news release. “The district will continue, in collaboration with local law enforcement agencies, to update its Crisis Management Plan to ensure the safety of all students and employees.”

Patten said parents with concerns or questions may contact ACSO at 601-442-2752.

“We will be happy to address any concerns,” he said.