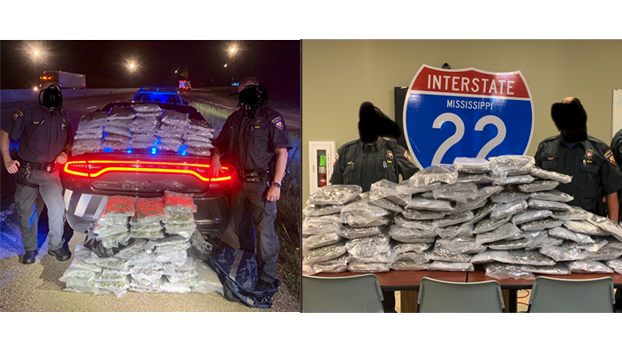 Nearly 100 pounds of marijuana were recently seized during an interstate traffic stop.

The Mississippi Highway Patrol Troop F in New Albany recently posted about the seizure on Twitter.

The Interdiction Team was working hard last night on I 22. They got almost 100 lbs of Marijuana off the streets being transported across our state on a traffic stop. Great job guys! #SayNoToDrugs #BetterTogether pic.twitter.com/1n4BodhfpP

According to the tweet, the MHP drug interdiction team seized the drugs as they were being transported on I-22 Sunday night. The drugs are now off the streets, MHP said.

No other information was released about the seizure.