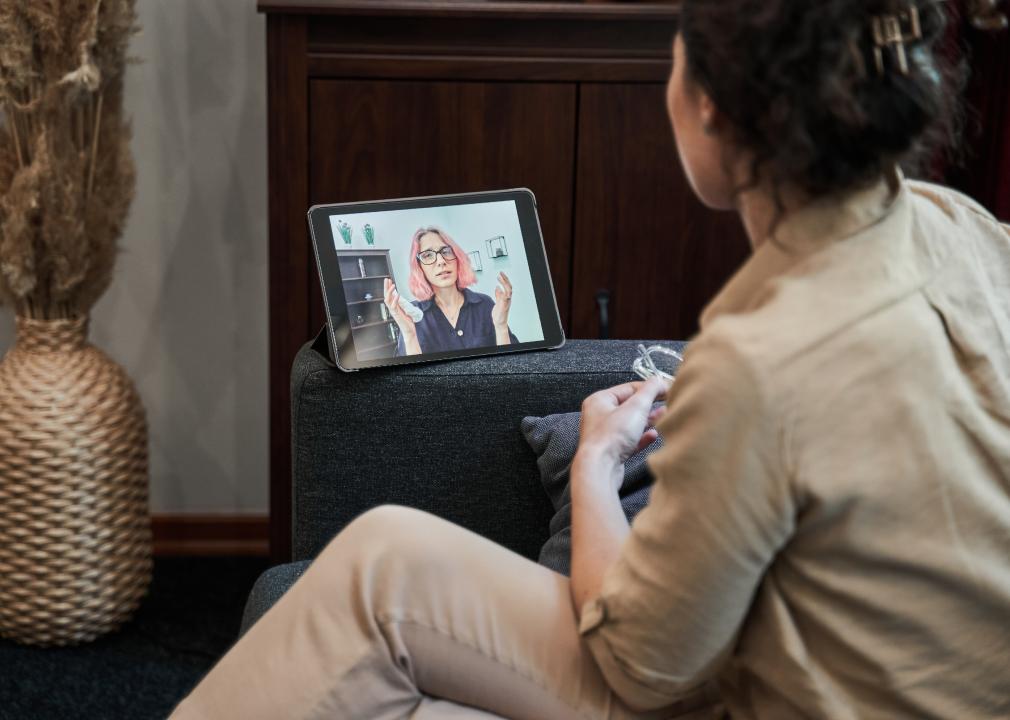 The entire world had to learn how to go remote in 2020. As COVID-19 spread, businesses were either closed or learning how to safely conduct daily operations for employees and patrons. With the help of video conferencing and messaging technologies, many service industries were able to pivot online—including mental health care. To better understand the expansion of remote mental health services and online therapy, Top10.com compiled this analysis with research from across the internet, including SAMHSA, Pew Research Center, the National Council for Mental Wellbeing, the American Psychological Association, and the American Psychiatric Association.

Thanks to the widespread adoption of remote video conferencing and online telemedicine platforms, psychiatrists, psychologists, and counselors were able to conduct business through telehealth services, which saw a drastic increase in use and availability. The number of mental health facilities offering telemedicine services shot up from 38% nationally in 2019 to just over 68% in 2020, according to the Substance Abuse and Mental Health Services Administration.

However, before the pandemic, telemedicine for mental health services had already started to see a rise in popularity due to an increase in reported mental health struggles. In 2020, 11% of U.S. adults—26.3 million people—received virtual services for a mental health issue, according to SAMHSA. Continue reading to find 10 reasons online mental health therapy has grown over the last decade. 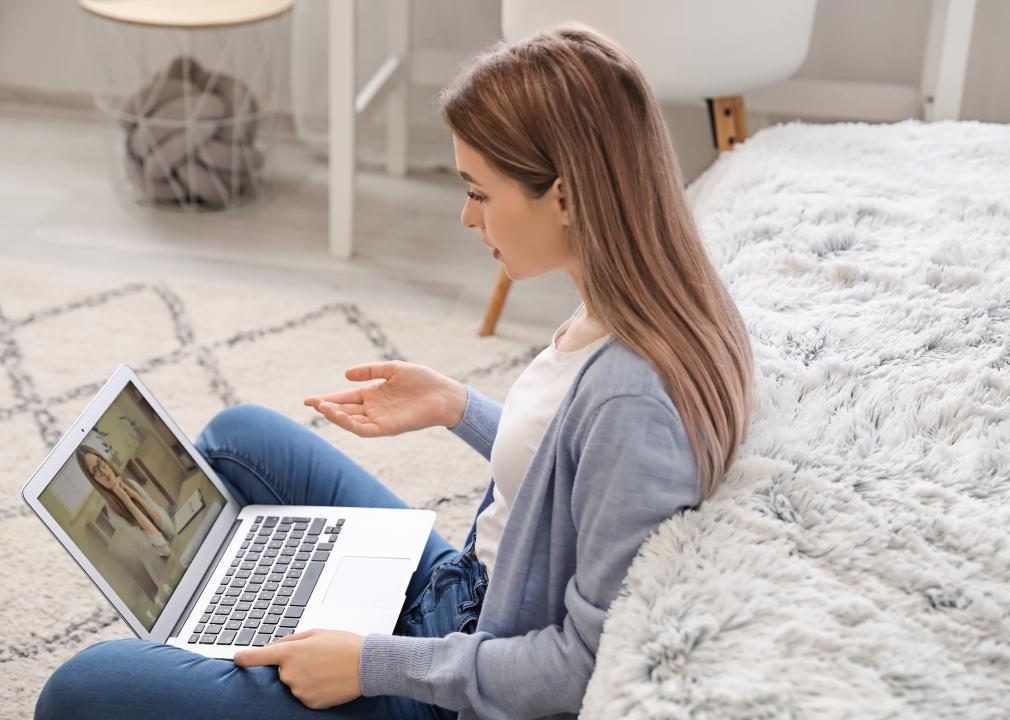 COVID-19 spurred the need for therapy to go remote

The arrival of the coronavirus pandemic forced the entire world to create new routines in order to fit a quarantine lifestyle. With such drastic changes in day-to-day life, the use of telehealth services—including online therapy—saw a sharp increase in popularity.

A 2021 survey of over 1,000 U.S. adults over the age of 18, led by the American Psychiatric Association, found that 38% of participants used telehealth services to talk to a medical or mental health professional—and 82% of those respondents said they started using those services during the pandemic specifically. It is further quite telling that more than 4 in 10 respondents said they continued using these services once the lockdowns associated with the pandemic were, by and large, over.

Access to online therapy is a benefit for many still working remotely. According to the American Psychological Association, numerous studies have confirmed the benefit of telehealth services for both patients and providers during its rise in popularity over the past 20 years. 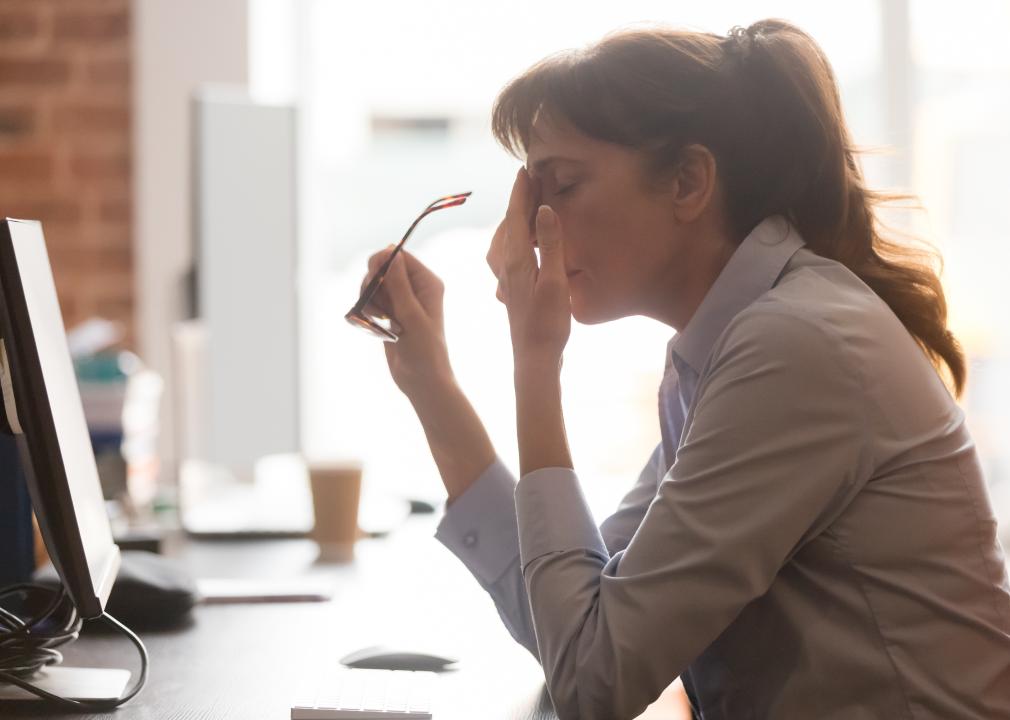 Because of such drastic changes to daily life, the COVID-19 pandemic took a toll on the mental health of millions of Americans. According to an April 2021 Kaiser Family Foundation survey, 1 in 3 adults in the U.S. said worry and stress had a negative impact on their mental health as of March 2020—a ratio that rose to more than half by July 2020.

While vaccine distribution did positively influence mental health, causing numbers to level out, in March 2021 almost half of U.S. adults (around 47%) reported negative impacts on their mental health due to the pandemic.

The survey also points out that women and younger adults under the age of 18 seem to be the most likely to report feelings of stress and worry during the coronavirus pandemic. Other significantly impacted groups include Black adults (49%), white adults (48%), and Hispanic adults (43%). 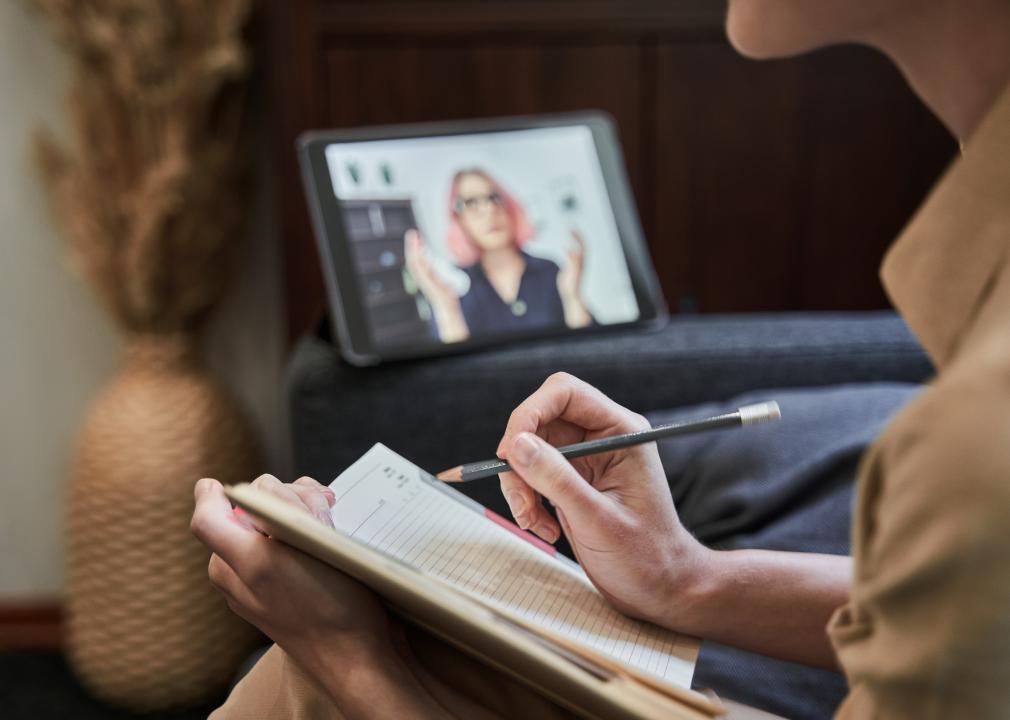 Mental illness rates have increased in the last decade

The pandemic isn’t the only factor that has caused increased mental health problems. Data shows that rates of negative mental health have steadily increased over the last decade. In 2008, 17.7% of U.S. adults reported issues with mental health; this number reached 21% as of 2020.

Of course, there isn’t a simple explanation for this change. There are many contributing factors to this increase that are unique to each person’s own situation and the intimate nature of mental wellness, but what is certain is the increase in mental health illness has been profound for young adults between the ages of 18 and 25. Mental health struggles in this age group were reported at 18.5% in 2008, jumped to 29.4% in 2019, and again to 30.6% in 2020. 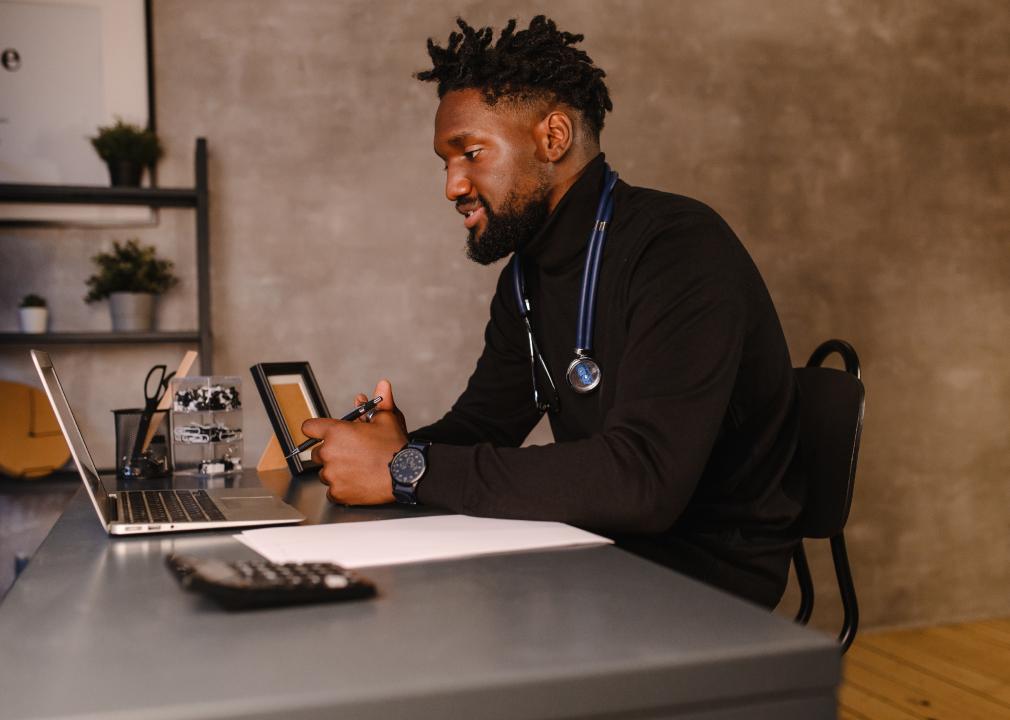 With such a major increase of reported mental health struggles, the need for mental health treatment has been in high demand. Around 41.4 million people ages 18 and over (around 1 in every 6 U.S. adults) received mental health services in 2020, and 4.2 million adolescents between ages 12 and 17 (around 17.3%) sought out services as well—either inpatient or from specialty outpatient settings, according to SAMHSA’s 2020 National Survey on Drug Use and Health.

In its analysis, the administration did acknowledge restrictions caused by the pandemic interrupted its ability for normal data collection methodologies (by way of in-person surveying), but it nonetheless concluded that, even prior to the onset of the pandemic, a drastic increase in services occurred between 2002 and 2019. 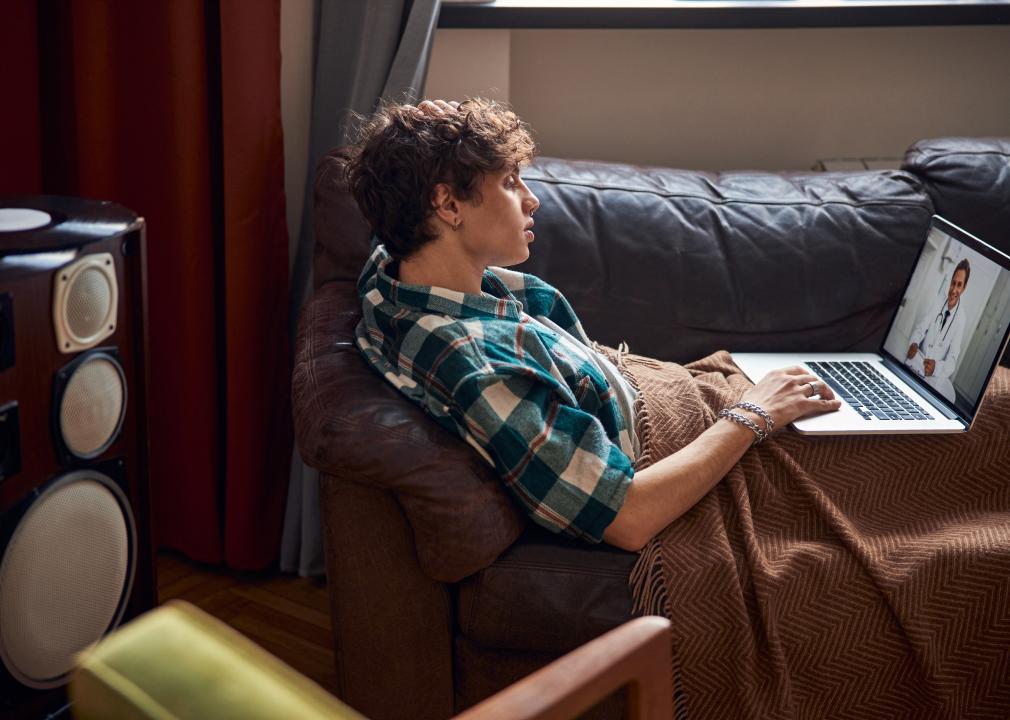 There is less stigma around mental health

An increase in online therapy services is also due to the generally decreasing stigma around needing and seeking out support. A 2018 survey from the American Psychological Association showed nearly 9 in 10 people stating no one should feel ashamed to have a mental health disorder, despite the same amount of people admitting to there being a stigma around the term “mental illness.”

In 2019, the American Psychiatric Association also hosted a survey and found over half of respondents (54%) said there is less stigma around mental illness compared to 10 years ago. Half said they are willing to discuss mental health openly with others—even coworkers and supervisors. However, 1 in 3 still admit they worry about reactions they may experience from others if they seek mental health care.

This last fact coincides with the early American Psychological Association survey, which found that 4 in 10 people admit to seeing another person differently if they know of that person’s mental health disorder.

Still, that somewhat burnished side of the coin does not seem to detract from the trend of growing embracement of mental illness recognition, acceptance, and treatment. And not merely among individuals—companies are beginning to see the need for providing resources to their workforces in this regard, as well. A June 2020 survey by McKinsey found that 77% of employers found mental health to be a primary workforce health concern. 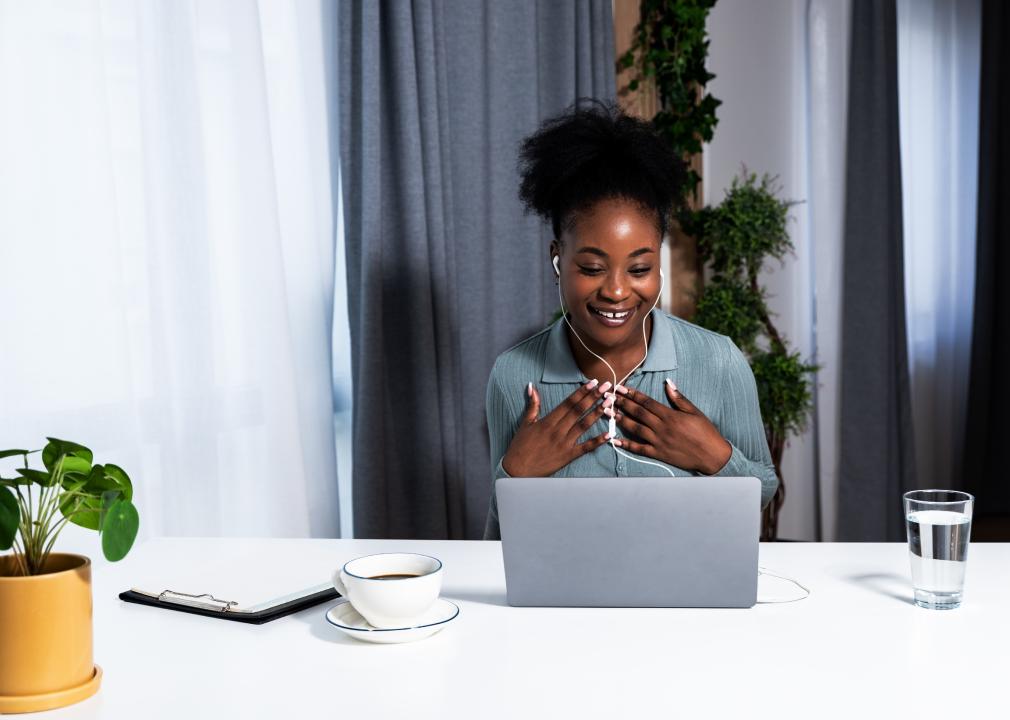 Having access to online therapy can be beneficial for many who found it hard to access these types of services outside of the home. On behalf of the National Council for Mental Wellbeing, a 2022 survey conducted by The Harris Poll found that 43% of U.S. adults who needed it didn’t receive mental health care in the past year.

The primary barriers to access were cost, being unable to find a provider who was located conveniently to them, and being unable to find treatment they felt comfortable with. And of those who were able to find care, more than two-thirds reported a measure of difficulty in doing so, including trouble with getting a workable appointment time or location and having to reach out to multiple providers to find one accepting new patients.

Telehealth services can fill the access gap for this type of health treatment. While there are pros and cons to not meeting a professional in person, research shows telemental health care is an inexpensive, favorable way to provide online therapy for those within isolated communities. 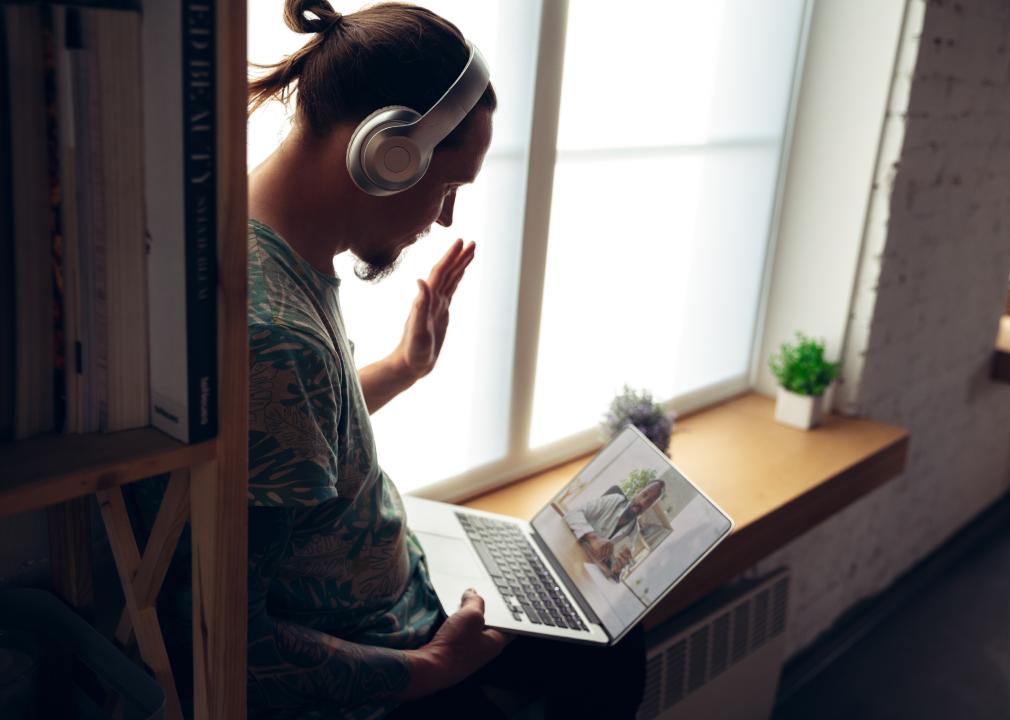 Since 2015, an increase in funding for many telehealth companies also confirms the supportive expansion and use of mental health services, and the pandemic accelerated this trend even further. According to PitchBook, venture capitalists drove $6.9 billion in investment in mental and behavioral health companies in 2021, three times more than the funds raised in 2019.

With access to vaccines and the pandemic winding down, data still shows that telehealth services like online therapy have not seen a decrease in use. Already in 2022, venture capitals have invested $1 billion into U.S. mental and behavioral health startups as of March. 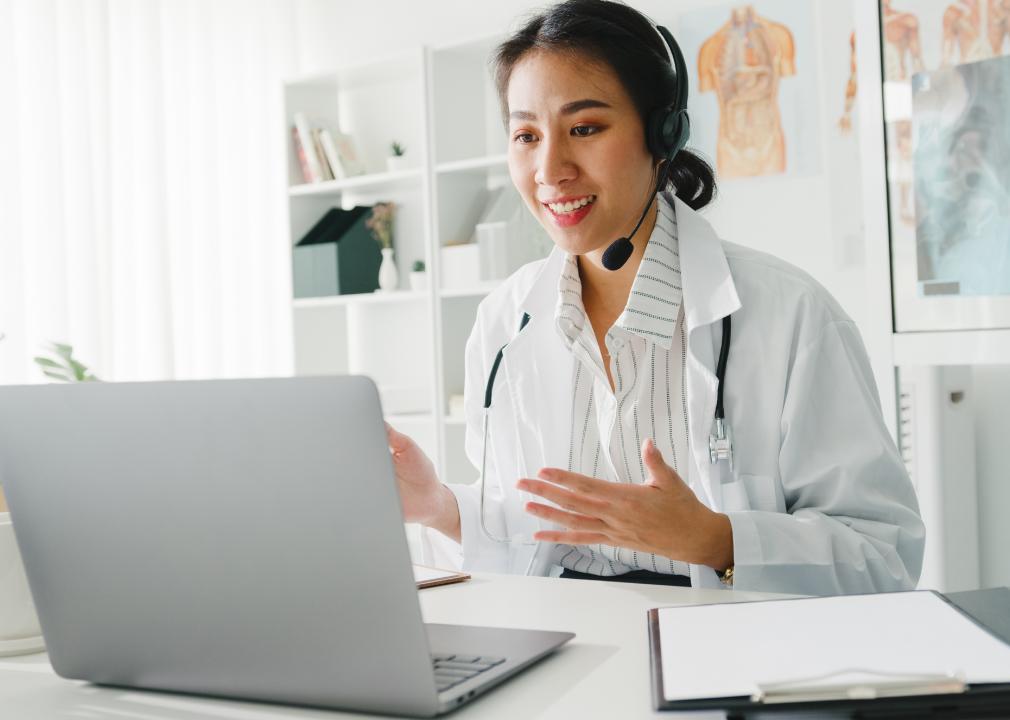 With increased popularity in using mental health services, many insurers are working to expand coverage for U.S. patients to get the care they need. For example, Medicaid programs reimburse for live video telehealth and telemedicine appointments in all 50 states and Washington D.C. Forty-three states, as well as D.C., even have laws that provide private payer reimbursement for telehealth services, according to the Center for Connected Health Policy. 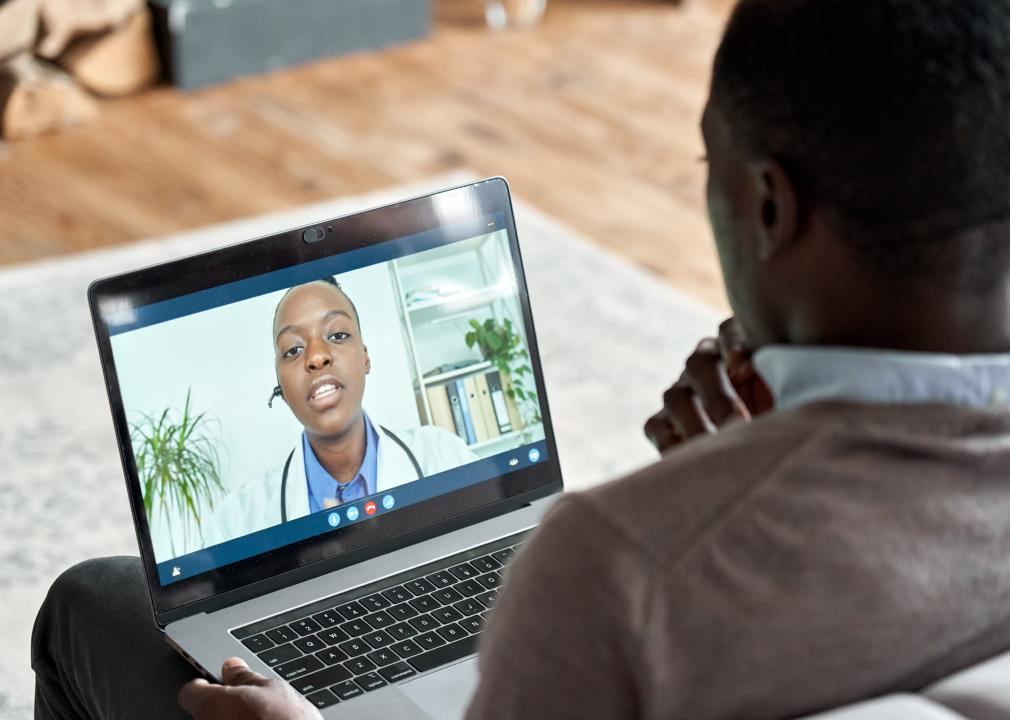 Video chat services increased significantly in popularity, both as a means of social connection and as a necessary aspect of business operations, during the pandemic.

With increased familiarity with these types of platforms, using them for telehealth and telemedicine purposes provided ease and access for those who needed it. A study published in the Journal of Medical Internet Research qualified several of the ways in which mental health video consultations were received by patients in terms of their comfort and their sense of the quality of service.

The availability of shorter wait times, a lower threshold for finding a mental health specialist, and the retention of familiar modes of interaction and staff members were all seen as comparable to the prerequisites applied to in-person care. Consequently, it was concluded that mental telehealth was a welcomed alternative to in-person appointments.

Moreover, a 2020 summary report published by the American Psychological Association found that, according to David Mohr, Ph.D., director of the Center for Behavioral Intervention Technologies at Northwestern University’s Feinberg School of Medicine, as quoted in the report, “telehealth is essentially just as effective as face-to-face psychotherapy—and retention rates are higher.” 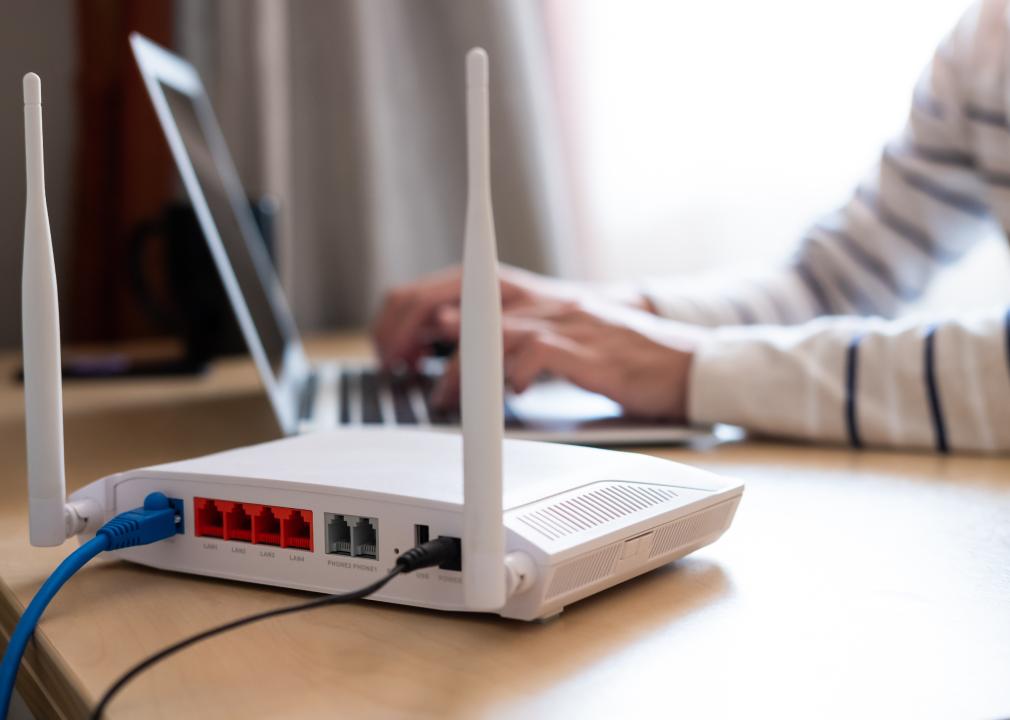 While broadband services do remain a point of concern in certain areas, in terms of viability and affordability, internet connectivity and access in general over the past decade have improved tremendously, especially for those living in rural areas where access was previously more challenging.

Pew Research Center reported that 63% of rural Americans had access to high-speed internet in their homes in 2016; this figure rose to 72% as of early 2021. This figure continues to lag behind both urban and suburban figures—77% and 79%, respectively—but following multiple measures being made by the federal government, in an effort to aid rural localities, this disparity of access may soon disappear.

In October 2021, the U.S. Department of Agriculture announced the issue of $1.15 billion through its ReConnect program to help grow internet access in rural communities; within this greater allocation is $50 million in grants specifically geared toward distance learning and telemedicine. The Infrastructure Investment and Jobs Act will steer $65 billion toward improving the rural broadband internet network and making internet access more affordable for lower-income households.

A March 2022 report from the Kaiser Family Foundation that tracked telehealth appointments for rural patients with outpatient appointments for either mental health or substance use disorders from March to August 2021 found that 55% of such appointments were conducted online.

While such numbers do demonstrate significant progress in recent years, there is still a lot of growth that needs to take place for online therapy to become a more regular alternative to in-person mental health care; however, expanding internet access for rural areas has been beneficial for those located in medical deserts who need telehealth to fill in the gaps.