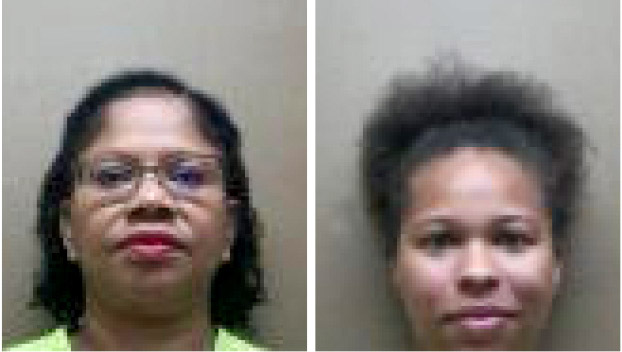 Fortenberry, left, and Dillon were booked into the Adams County Jail Monday at about noon. Bond was set at $10,000 each, according to jail records.

Former Natchez City Clerk Servia Fortenberry was arrested Monday morning by the Mississippi Attorney General’s Office after being indicted for embezzlement of City of Natchez funds.

Also arrested was Sevetrius Dillon, former deputy city clerk, who was indicted on the same charges.

The indictments and arrests are the result of an investigation by Mississippi Auditor Shad White’s office.

Neither Fortenberry, 52, nor Dillon, 33, were available for comment on Monday morning.

Natchez Mayor Dan Gibson was made aware of a discrepancy involving city funds on Friday, Nov. 12, 2021. He said late that Friday afternoon, a questionable transfer of city funds into an external account had taken place.”

“On Saturday morning at 9 a.m., I reported this matter to the Mississippi State Auditor’s Office, who agreed that the city should take immediate steps to address the situation,” Gibson said at that time.

“That investigation has now been completed and turned over to the Mississippi State Auditor. Now that it is under the Auditor’s control, the City of Natchez can make no further comment,” Gibson said.

While Gibson did not name any person as being involved with the questionable transfer of funds, Fortenberry contacted The Natchez Democrat at that time and said the money in question was salary, vacation time and compensation time she paid herself while doing payroll.

“My last day was Monday. Payroll was last Friday. I did my payroll, vacation and comp time,” Fortenberry said. “All of the transfers are documented. They went through my regular log in. Everything is in the clerk’s office.”

At the time of her resignation, Natchez Mayor Dan Gibson and the city’s board of aldermen praised her work. Fortenberry and her team completed three past-due audits in a single year and are credited with cleaning up what was an accounting department in disarray.

“I do payroll. I’m the city clerk. I haven’t talked to him (Mayor Dan Gibson). I don’t know what’s going on. He went right for the jugular,” Fortenberry said.

She said at the time she planned to send documentation for those payments to City Attorney Bryan Callaway and to the State Auditor’s Office.

“All of the documentation is in the city clerk’s office, just as it should be,” Fortenberry said. “Chief Green, Chief Armstrong and several other employees all received their comp time when they left the city. This is defamation of character.

“I have a recording of the mayor saying how wonderful our department was, and when I resigned, it all changed. We got all of those books straightened out. I’ve been doing this job for 24 years. I have eight other mayors that will vouch for this job that I do. This was payroll,” Fortenberry said.